If you're no stranger to refrigerators, you might have heard the warnings against a full one. In essence, some advise against keeping a fridge full. The reason is that it will get harder to cool the inside. Is that true, and would it run better if it's empty? If these are your concerns, we have the answers!

Provided the doors remain closed, a refrigerator will use the same amount of energy regardless of whether it's full or empty once the contents are cooled down. But if the doors are frequently opened, a full fridge will run better because it has to cool less warm air that makes its way inside.

So, how exactly does a full refrigerator work? In addition, at what point is a refrigerator considered full? Will the fridge perform the same if you start to overcrowd it with food items? These are some of the topics we'll cover in more detail in this post. If you'd like to learn more, keep reading ahead. 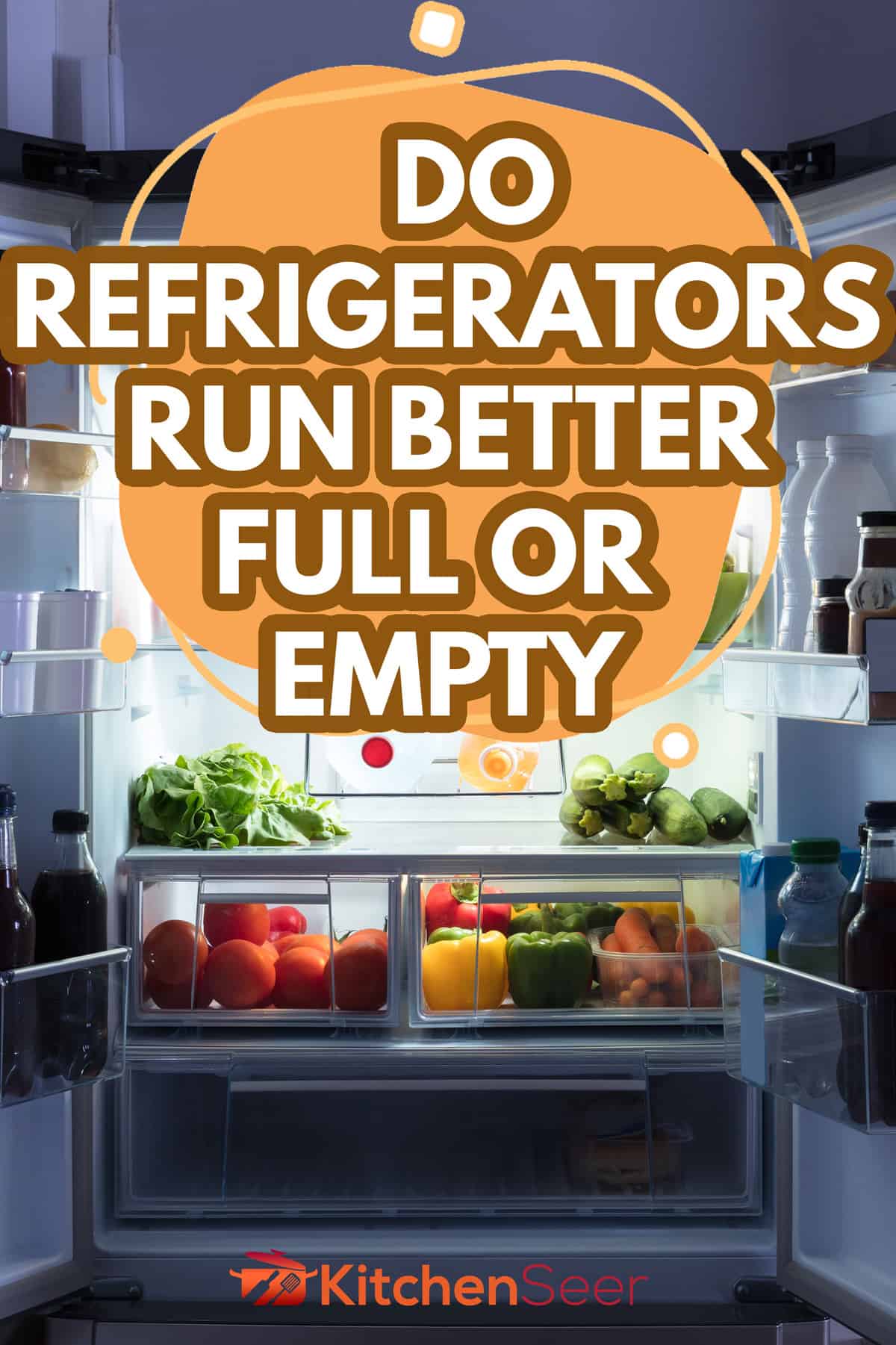 Full or Empty Refrigerator - Which One Runs Better? 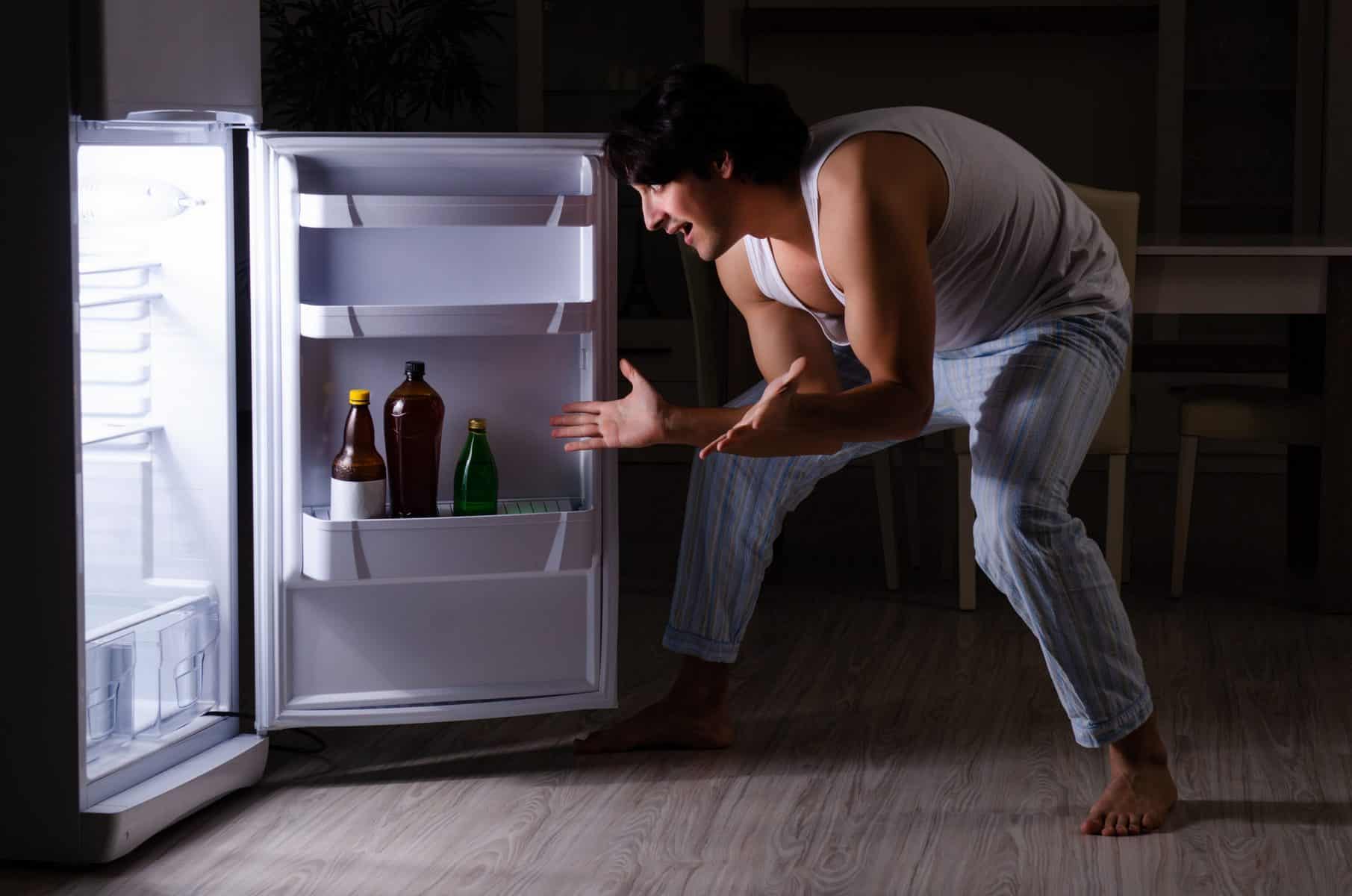 Let's say you're in a household with not that many people. But you've bought a fridge that can hold a lot of items. When you look into the fridge, it might make you wonder if it's running as efficiently as it can.

Well, is it? If it's leaning more towards the empty side, it's safe to say it's probably not. As mentioned, an empty and a full fridge generally use the same energy once they're cool and the doors are closed.

The difference between the two occurs when you open the door. So, what happens when you open it? The cool air circulating inside the fridge will escape. The air that replaces it will be the warm outside air.

Let's go over what happens with both fridges.

Opening the Door on an Empty Fridge 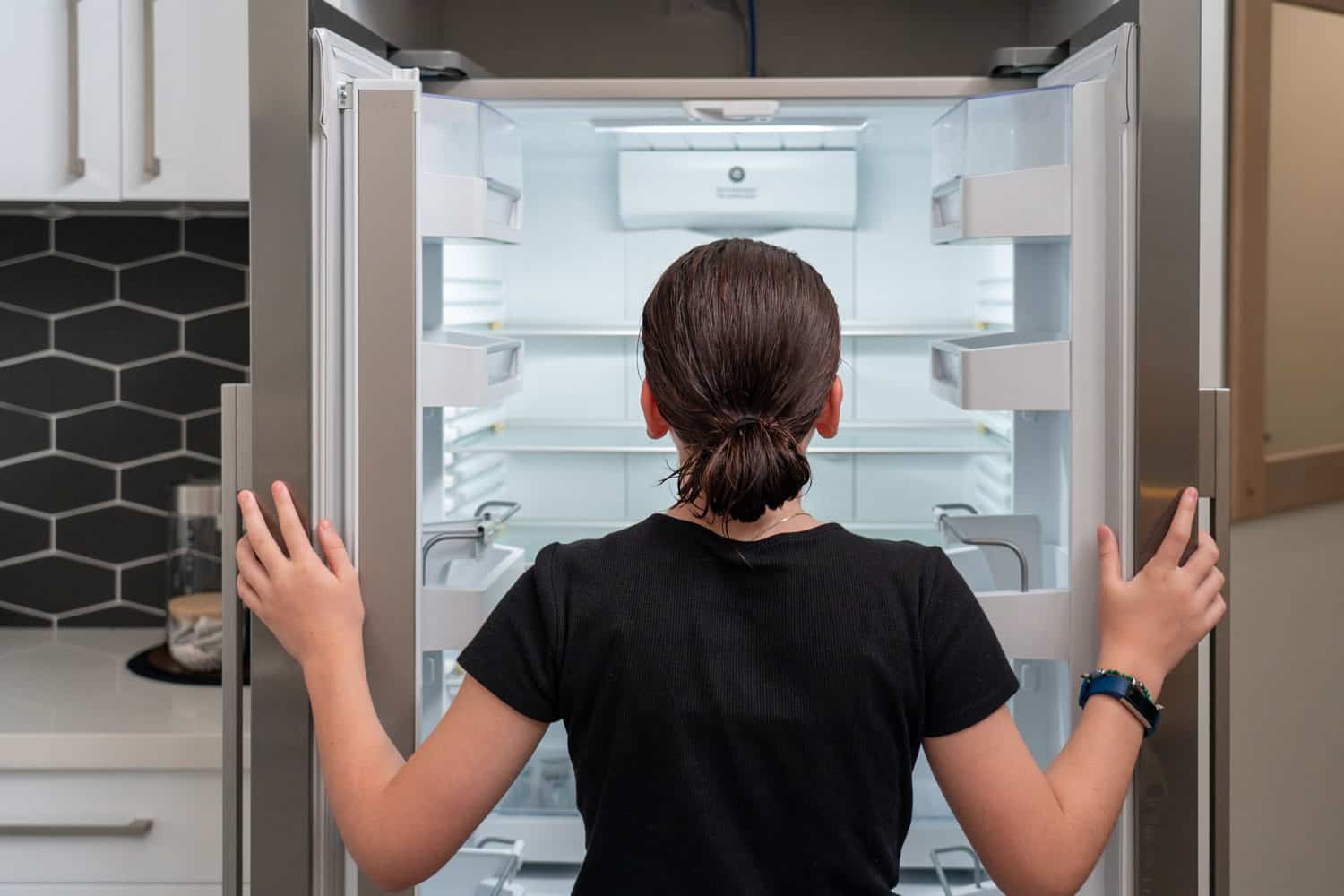 Throughout the day, you'll be opening the fridge to take something out, check what you have, or store other items. It doesn't seem like much, but it amounts to a lot of air transfer. There's a lot of air space in an empty or nearly empty refrigerator.

Opening the Door on a Full Fridge 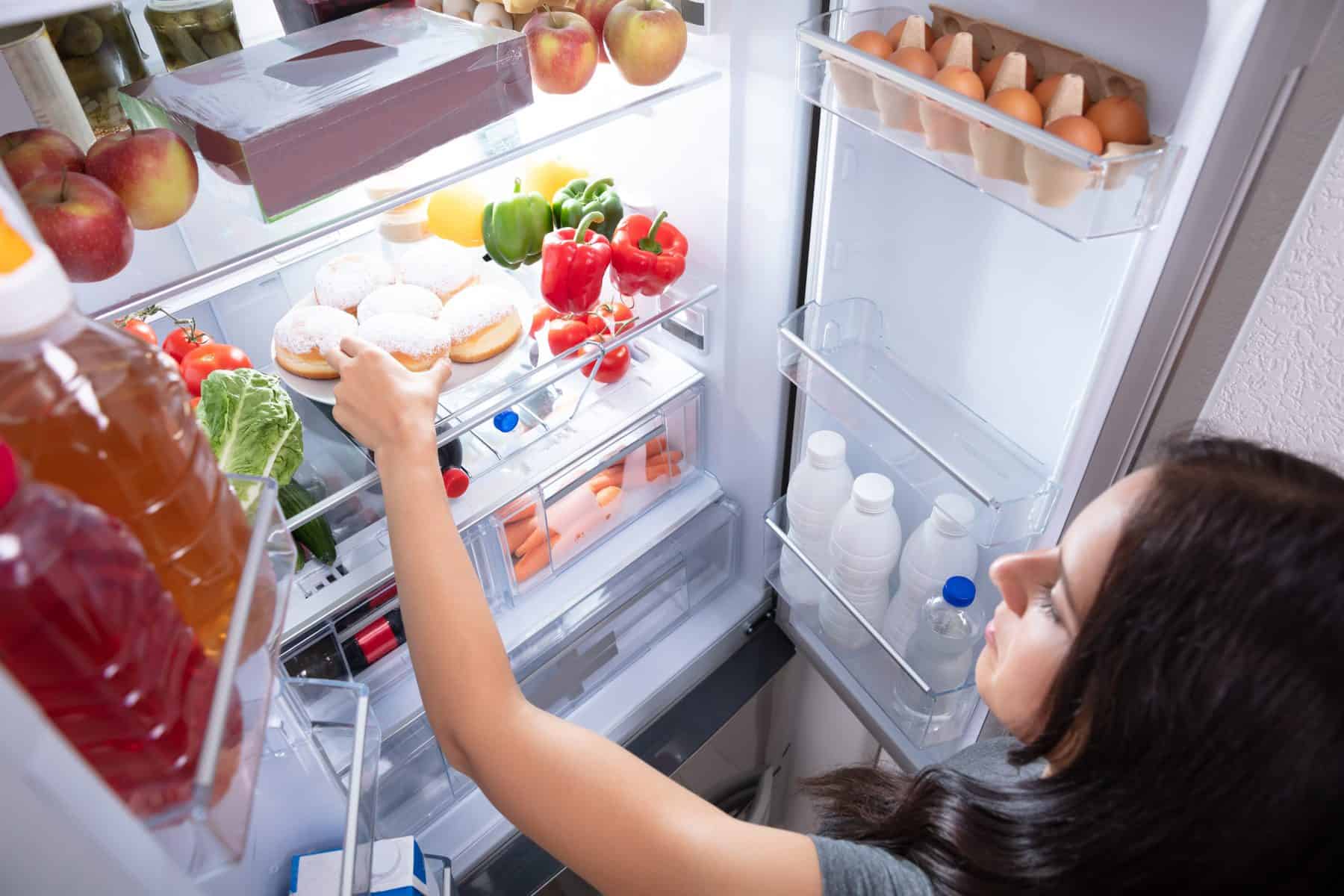 Opening a fridge with a lot of items inside is a different matter. The interior isn't mostly air. So, when you open the door, the fridge loses cool air surrounding the food.

The room temperature that enters will be minimal. So, once the door closes, it will take less energy to cool the air in a full refrigerator.

On the other hand, it will take more energy to cool the air in an empty fridge. The cold items in the refrigerator act as a cold bank. They will help quickly cool the warm air that enters.

Does that mean you should rush to fill the fridge with as many items as you can? No, you shouldn't. There's a good reason why you shouldn't cram a lot of food items in there.

Does a Refrigerator Get Colder When It Is Full?

But first, let's go over one question that the previous information might have raised. Does the refrigerator get colder when it is full? The answer to that question would be no!

Refrigerators have one job—to maintain a temperature. So, no matter how many items you put inside, the temperature isn't going to be lower.

The inside of a refrigerator will usually be around 33 to 40 degrees Fahrenheit. A refrigerator will turn on throughout the day to maintain this temperature. In general, it won't go higher or lower. It cools the interior enough to hit its target.

How Full Should Your Refrigerator Be? 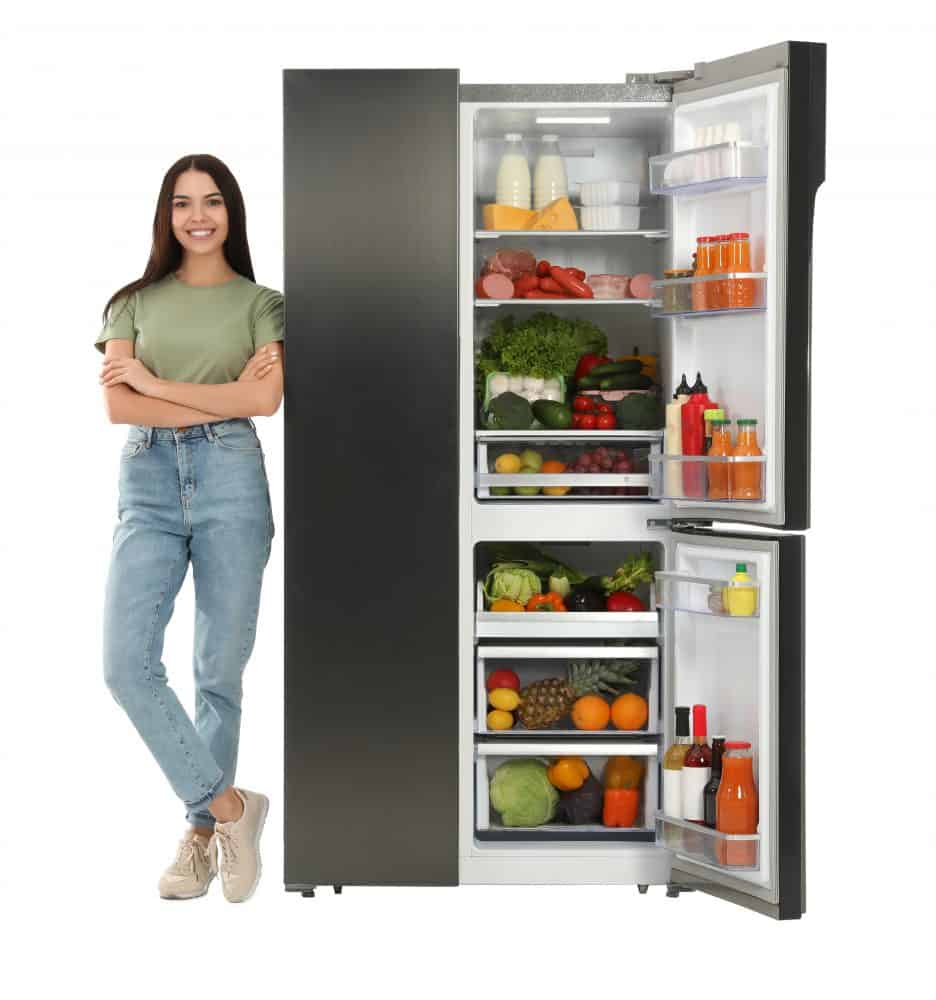 The second question it raises is how full should the refrigerator be? Should you start storing all types of items in there? What would an example of a full refrigerator be?

Let's say you put everything you can in there. It's crammed tightly on every corner of the fridge. Since we know that a full fridge will use less energy to cool the interior, there will be less warm air to cool. Right?

Problems of Cramming a Fridge

So, if blocking the vent isn't bad enough, you're also limiting the airflow. And when cold air can't get to other areas, the temperature of the food increases. The problems don't stop there!

Since the internal temperature increases, the refrigerator will cycle continuously to cool it down. As a result, you get a fridge with higher energy consumption and a temperature that never seems to drop.

How Full A Fridge Should Be 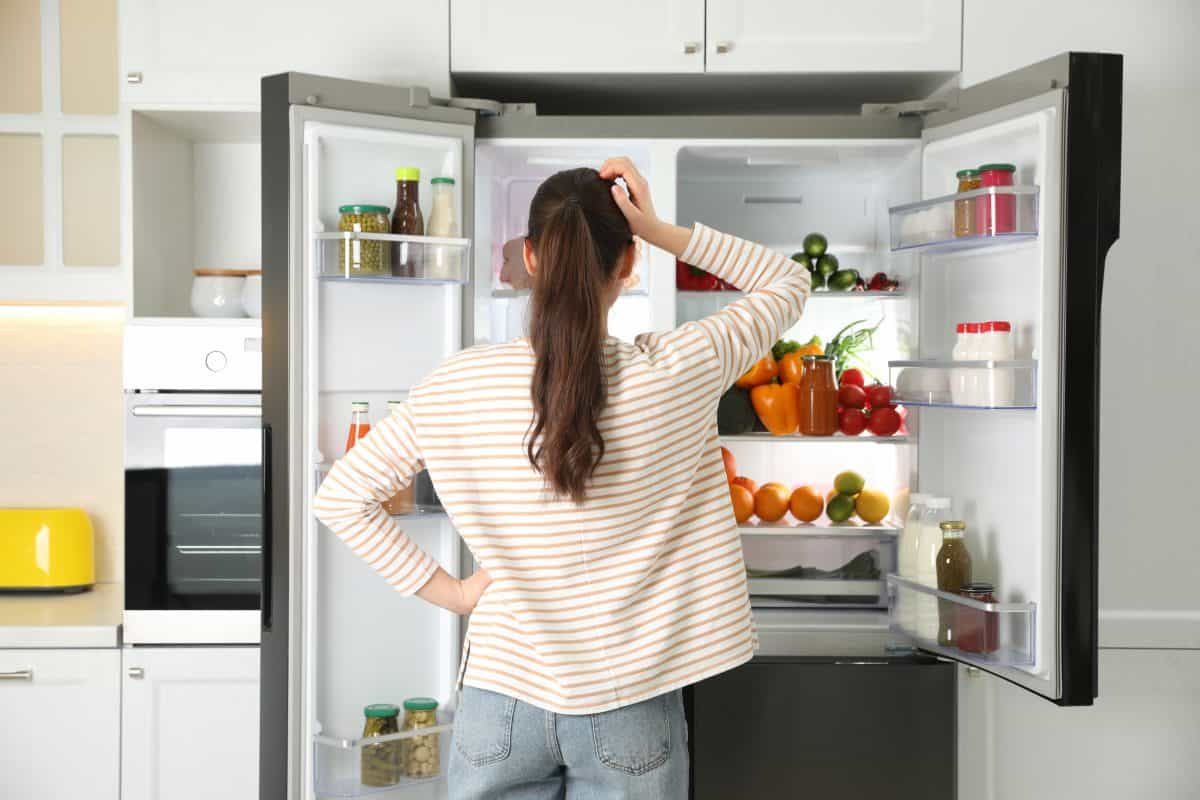 Thus, while full fridges perform better than empty ones, there's a limit to how full they can be. If you want more efficiency, you'll have to keep it 3/4 of the way full at all times. The one detail you shouldn't miss is to avoid blocking the vents.

Of course, if you've bought an oversized fridge, it might be hard to decide how to fill the rest of the area. Some suggest using a brick as an accumulator to prevent major temperature shifts. But who has a brick laying around?

If this solution doesn't sound possible for you, you can always go with stocking up on gallon jugs of water. Regular water bottles will do well too. Other good ideas include using flour, coffee, and even batteries to take up space!

How Long Should a New Refrigerator Run Before Putting Food In?

When you purchase a new refrigerator, it goes through a few stages. First, it has to travel to your home. Depending on how it was laying during transport, you'd have to wait between 4 and 24 hours before plugging it in.

Once that period is over, you can plug it in and let it run. If this is the stage you're at, you'll have to wait for an additional 2 to 4 hours until the interior is cool enough to keep most foods cold.

How Can I Make My Refrigerator Run More Efficiently?

Regardless of the appliance, a factor many homeowners value is efficiency. If keeping the fridge 3/4 of the way full at all times wastes less energy, what are some other tricks to help it perform at its best? Luckily, there are more efficiency tips you can follow!

Limit the Amount of Times You Open the Door 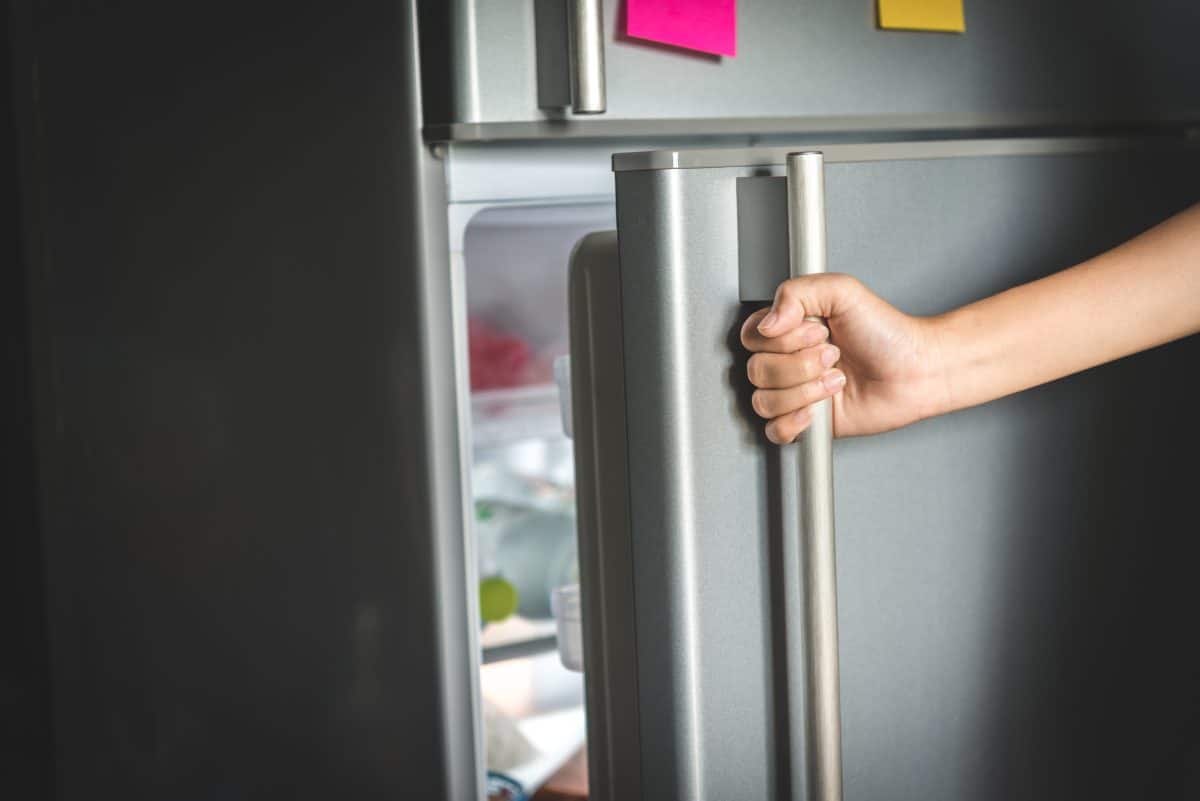 The first tip would be something you might've heard your parents say. You're looking at the inside, looking for a snack. And, if you took too long, they'd tell you to close it. It's a fridge, not a TV!

Well, now you have an idea why they would say that. If the door is open for too long, more cool are escapes. Then, the air in the room fills the space in the fridge. Thus, it's going to use more energy to maintain the temperature.

Will this make a difference in terms of efficiency? That would depend on how often you open the door. However, in most cases, it will! Even if it's a minimal difference.

Of course, there's a reasonable answer to why we can take so long to look inside the fridge. It's because we're trying to find an item. So, how do we cut down that time?

You can do so by making organization a priority. Try to designate spots for specific items. This way, when you need to get something out of the fridge, you already know where to find it.

It comes as no surprise that a refrigerator needs routine maintenance. Parts will get dusty over time. The one that you should keep your eye on is the condenser coils.

The condenser coils are in charge of removing warmth from the unit. When they get dusty, they're usually working twice as hard. As a result, it consumes more energy. It might also cut the refrigerator's lifespan short.

All you need is a bristle brush to clean them. And if you're not good at following routines, make sure to at least clean them twice a year. This way, you ensure the fridge is running as efficiently as possible.

Lastly, it's also good to inspect the door seal. Over time, door seals tend to become worn or loose. An easy way to test them is to use the dollar bill test.

Close the door on a dollar bill. Then, try to pull it out. If it moves easily, the seal isn't tight enough. So, you will have to consider replacing it. 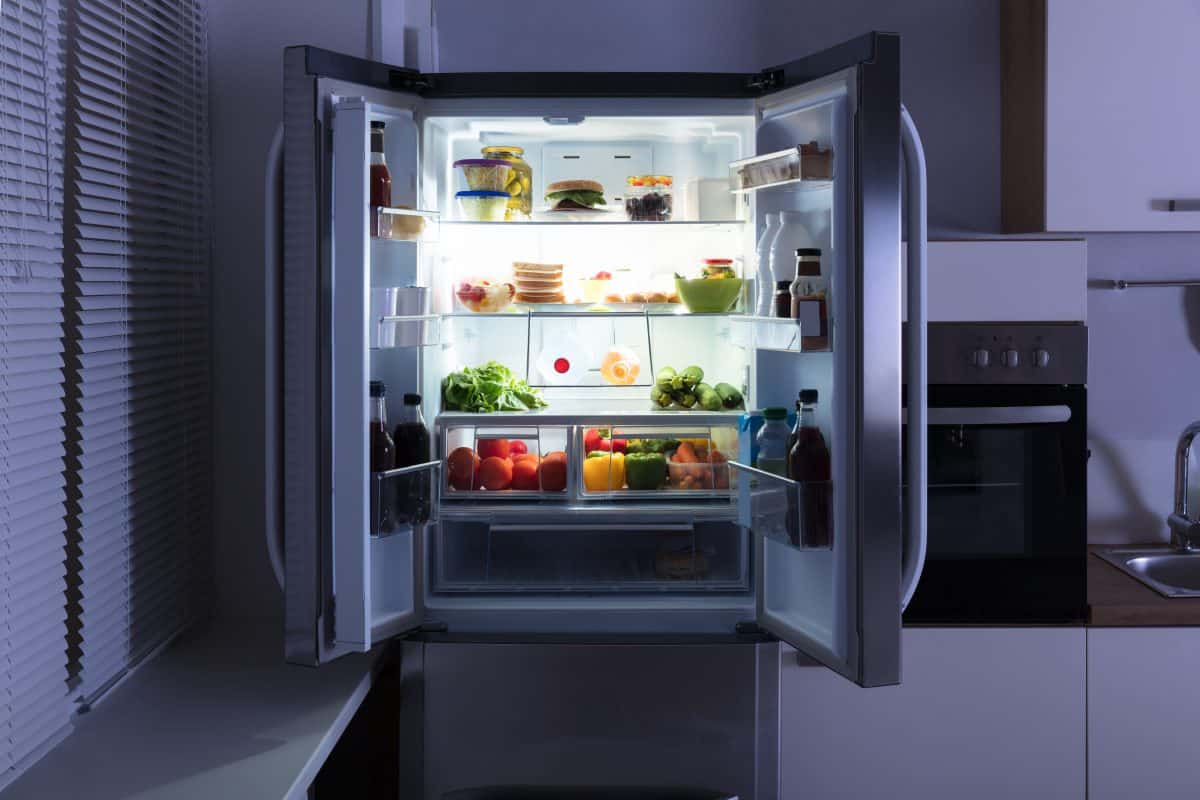 Although it might not have been a big deal to us in the past, now we know why our parents didn't like us staring at the inside of the fridge for too long. As we've found out, it can make a fridge work more.

We hope the information above was helpful! Before you go, here are other articles you might want to check out:

Should A Refrigerator Run All The Time?

Does A Refrigerator Make The Room Hot?

For How Long Can You Leave Freezer Door Open?

How To Fill Gap Above Fridge

How To Reset A Frigidaire Refrigerator