French fries are a popular side dish that can come in all shapes and sizes. But what about how many french fries should you have per person? We've done some digging and have the answers for you. Let's get into it below.

On average, one serving of french fries is 3-4 ounces. That would be about 10-20 french fries depending on how they're cut. However, the serving size could be larger or smaller at a restaurant, so that's something to consider while ordering.

If you or your family are fans of french fries, it can be easy to go overboard. In this article, we will discuss how many french fries are in a serving and how to portion them out so everyone can enjoy them. We'll also answer other frequently asked questions about french fries, so read on! 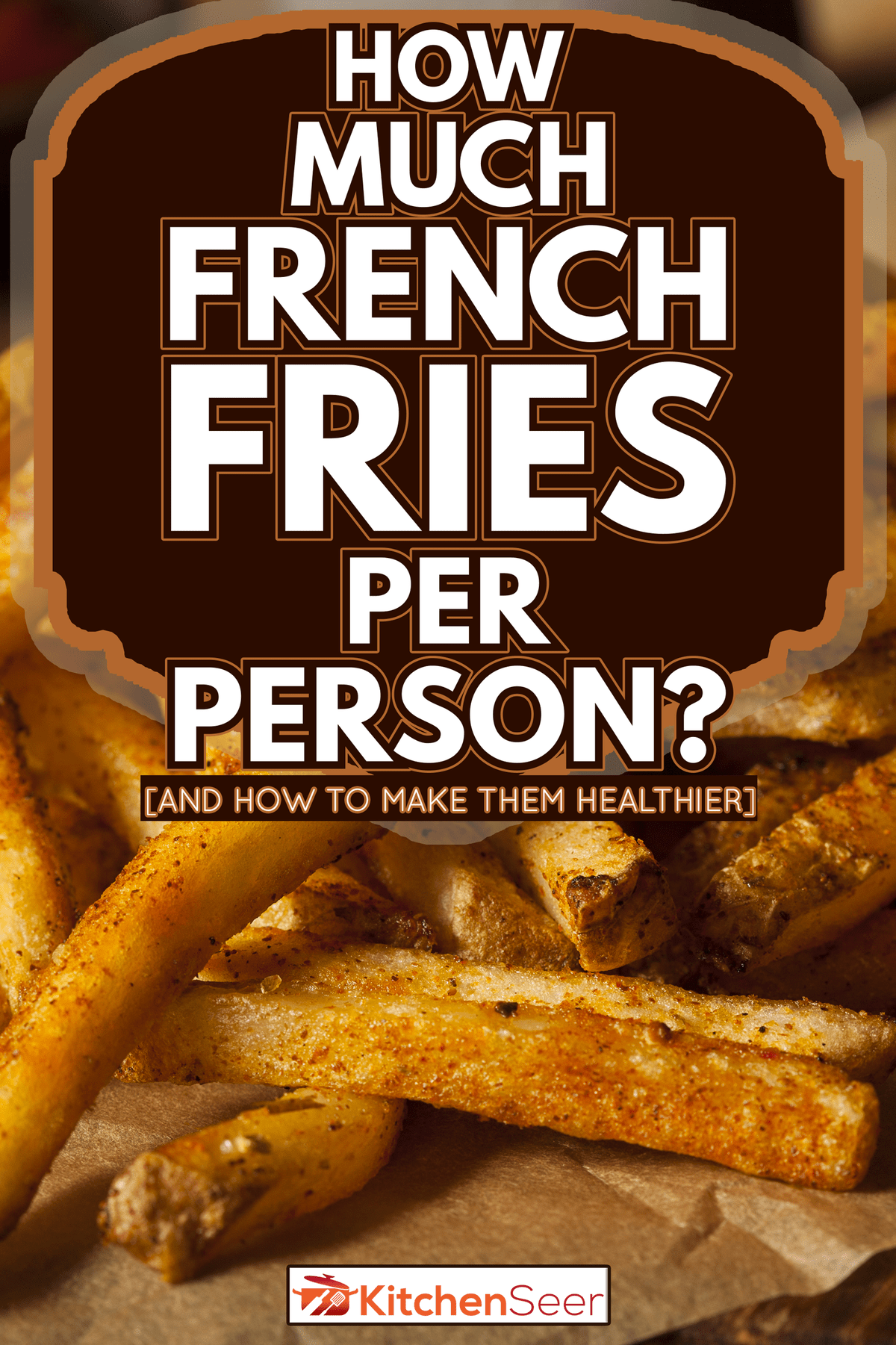 How Many French Fries Are In A Serving? 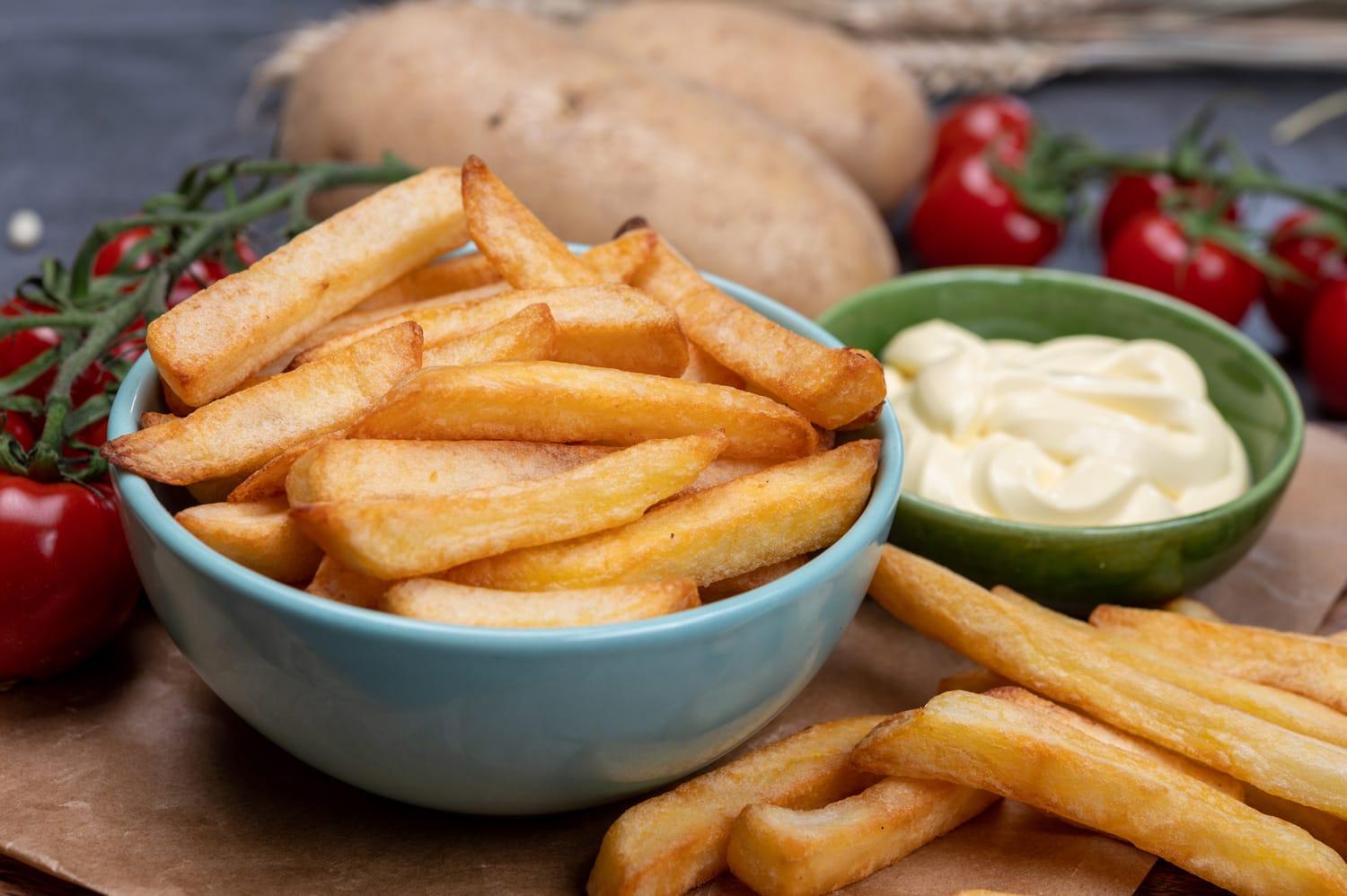 Making homemade french fries is a great way to control the portion size. That way, you can make sure you're not overeating.

Another tip is to pair french fries with a healthier option like a salad. This will help fill you up, so you're not as tempted to eat an entire plate of fries.

Typically, there are 10-20 french fries in a serving. However, this number can vary depending on how the french fries are cut. For example, if they're cut into thick wedges, there will be fewer fries than in thin strips.

An easy way to portion your homemade french fries is to count them out by putting them on the baking sheet. That way, you'll know exactly how many you're eating.

If you are cooking for a big group, you can make sure everyone gets an equal amount.

When it comes to french fries, portion control is key. By knowing how many french fries are in a serving, you can make sure you're not eating too many.

When dining out, be mindful of the serving size and ask for a to-go box if needed. That way, you can enjoy your french fries without overindulging.

How Many Potatoes Go Into A Serving Of French Fries?

When making homemade french fries, you'll need one potato per person. So it will not only matter how they are cut, but it will depend on how big your potato is.

It's important to remember that the serving size for french fries is 3-4 ounces. This means that you don't need a ton of potatoes to make a big batch of fries.

You could probably use one large potato for every two people. Just keep in mind that the number of french fries will vary depending on the size of your potato and how they're cut.

How Do You Make French Fries?

French fries are typically made from potatoes that have been peeled and cut into thin strips. Then, they're fried in oil until they're crispy.

The type of oil used can vary, but it's usually vegetable or peanut oil. Some restaurants even use beef tallow, a kind of animal fat.

After the french fries are fried, they're usually seasoned with salt. However, some restaurants get creative with their seasoning and offer flavored french fries.

For example, you might find french fries seasoned with garlic, cheese, or even truffle oil.

When making homemade french fries, you have a few options. You can either fry them in oil, bake them, or even air fry them.

Frying them in oil will give you the traditional crispy french fry. However, it's not the healthiest option. Baking them is a healthier alternative, but they won't be as crisp. If you're looking for a happy medium, you can try air frying them.

This method uses less oil than traditional frying, but it will still give you crispy french fries:

Contrary to popular belief, french fries are not French. Their origin is a bit of a mystery.

Some believe they were first created in Belgium during the first world war. Soldiers from Belgium were said to have fried potatoes to pass the time.

They were named french fries because the primary language spoken in Belgium is French.

Others believe that french fries were created in America. There are a few different stories about how this could have happened, but the most popular theory is that they were brought to America by Thomas Jefferson.

He was inspired by a dish he had while traveling in France. The dish consisted of fried potatoes, and he decided to recreate it when he got home.

Whatever the case may be, french fries are now a popular dish worldwide. And you can enjoy them in a variety of ways.

You can have them plain, with ketchup, ranch, or any other dipping sauce. Or, you can get creative and top them with chili, cheese, or even bacon.

Why Are French Fries Soaked Before Being Fried? 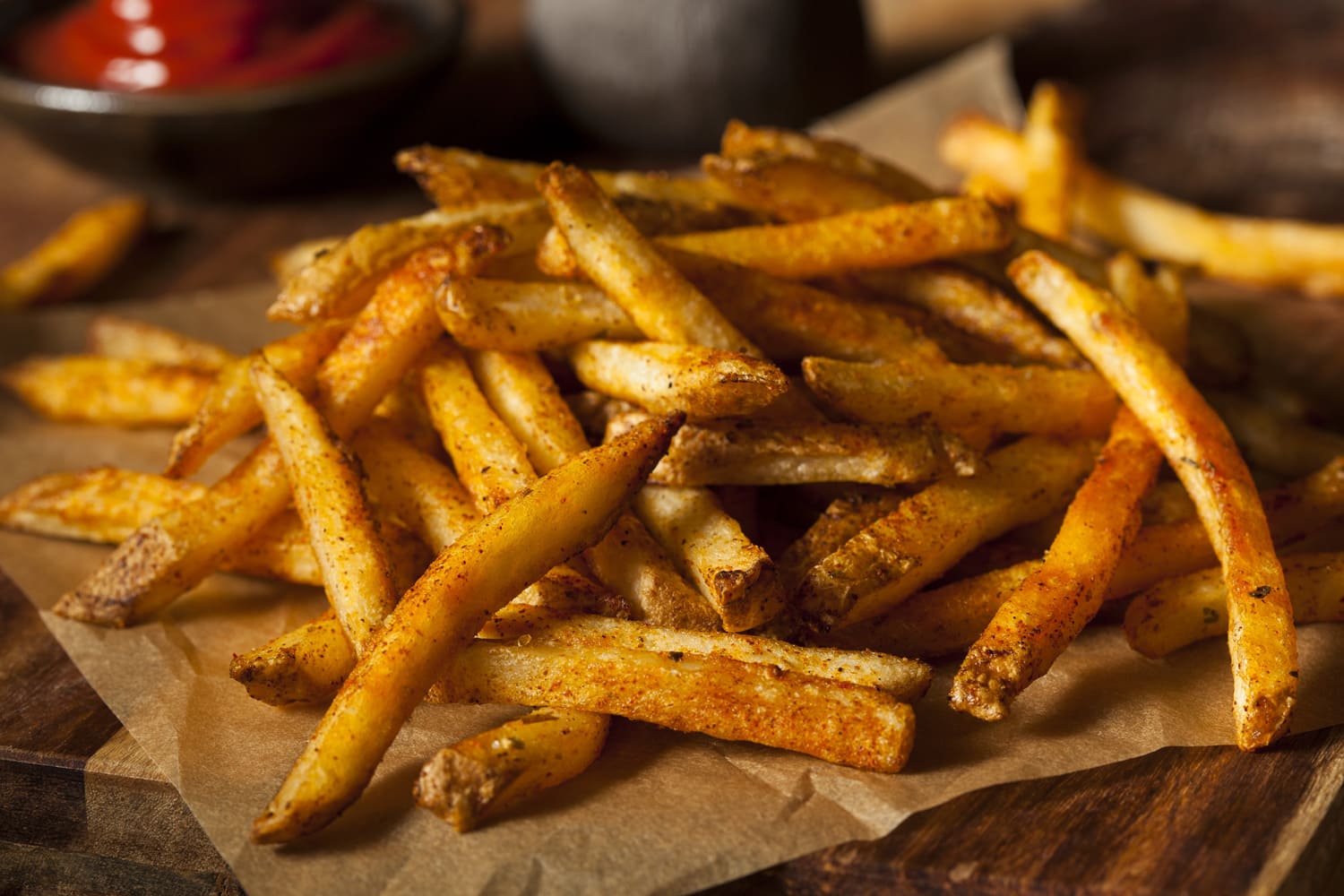 Soaking french fries in water before frying them is said to help remove some of the starch. This, in turn, results in a crispier fry.

Some people soak their fries for several hours, while others only do it for 30 minutes. There's no right or wrong answer; it depends on your preference.

If you decide to soak your fries, pat them dry before frying them. Otherwise, they won't get as crispy.

How Long Should French Fries Fry?

Depending on the size of your french fries, they'll need to be fried for 3-6 minutes. But, of course, it will also depend on the temperature of your oil.

Using a deep fryer, the ideal temperature is 300-375 degrees Fahrenheit. If you're frying them on the stovetop, you'll want to heat the oil until it's hot but not smoking.

Once the french fries are done frying, transfer them to a paper towel-lined plate to soak up any excess oil. Then, season them with salt (or any other seasoning you like) and enjoy!

French fries and potato chips are both fried, but they're made from different types of potatoes. French fries are usually made from russet potatoes, which are long and thin.

Potato chips are made from waxy potatoes, which are short and thick. The difference in potatoes affects the texture of the fry.

French fries are usually soft on the inside and crispy on the outside. On the other hand, potato chips are crunchy all the way through.

However, you will find that french fries in some places are called chips, and potato chips in others are called crisps. It all depends on where you are in the world.

For example, you may have heard of the dish fish and chips, which originated in England. 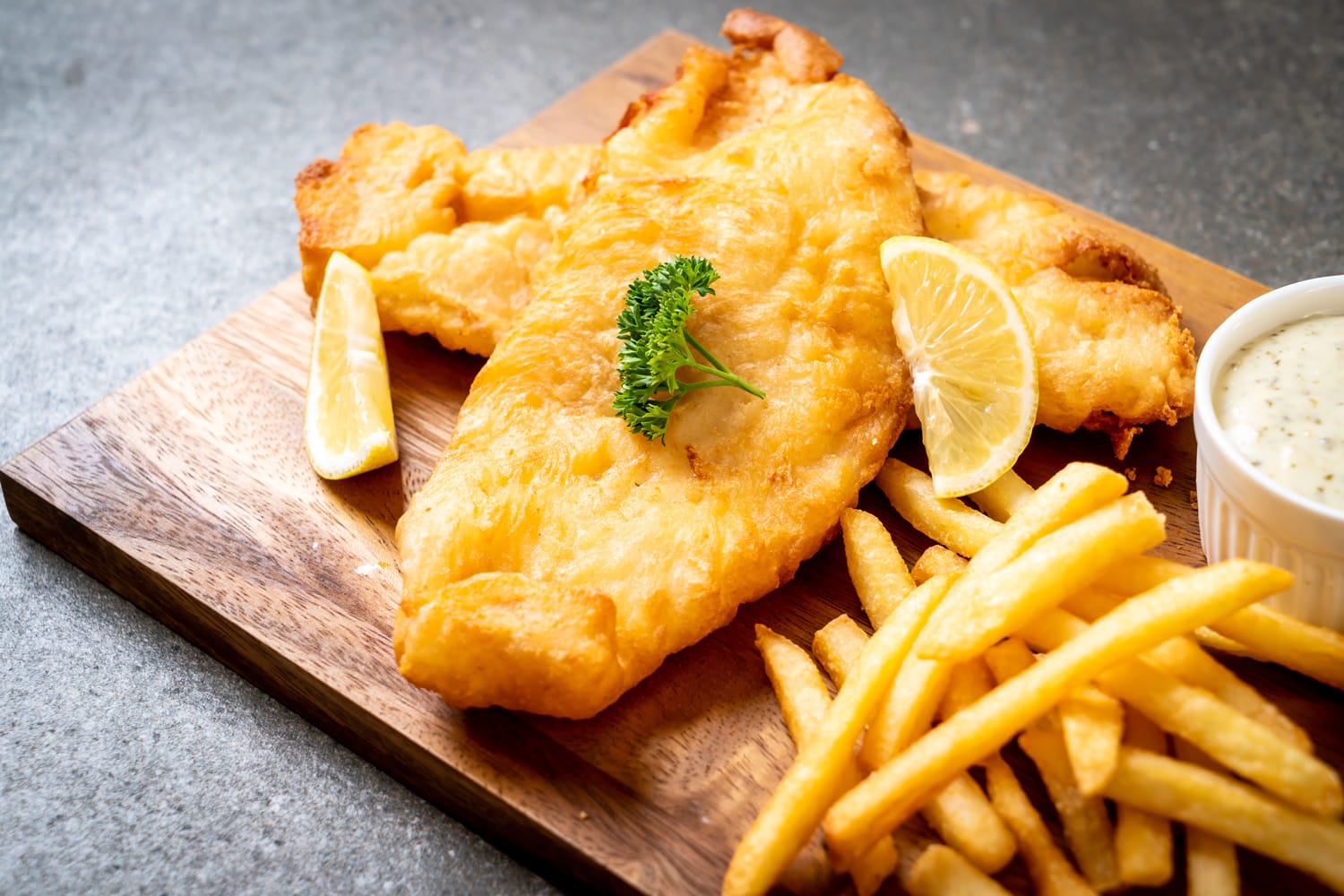 How Can I Make French Fries Healthier?

If you are looking for a good cheat meal but don't want to ruin your hard work of dieting all week, consider making healthier french fries.

You can do this in a few different ways. The first is to bake or air fry them instead of frying them. Deep frying them is delicious but is a sure way to add a lot of extra calories.

When you spray your potatoes, use a healthier oil like avocado oil. This has a high smoke point to handle the heat of baking or air frying better than other oils.

Lastly, as mentioned earlier, portion control is vital. Even sweet potatoes are high in carbs and should be eaten in moderation. A good rule of thumb is to eat no more than 1/2 cup of french fries per day.

What Can I Eat Instead Of French Fries? 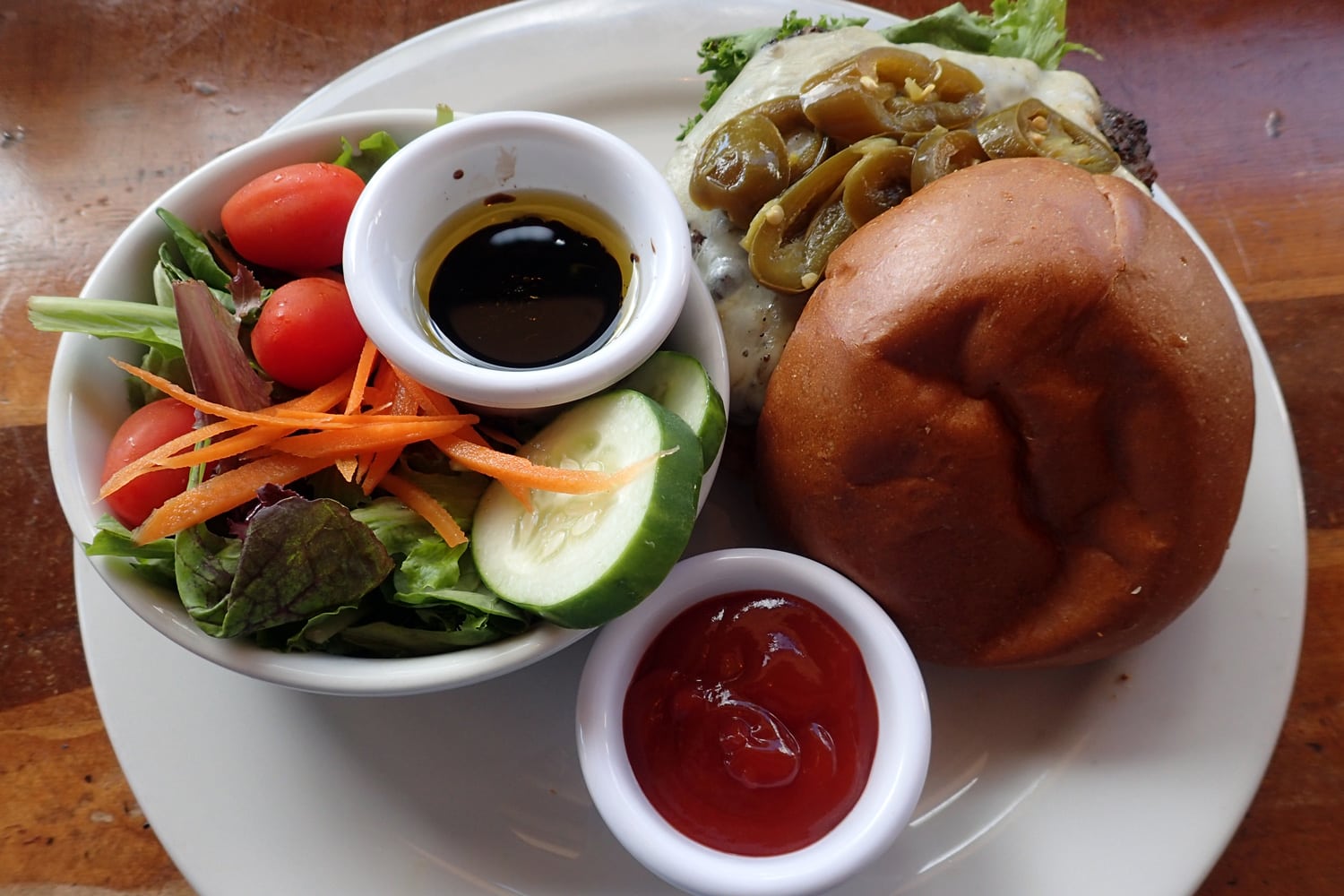 If you are looking for a healthier alternative to french fries, there are a few things you could try:

One option is roasted vegetables. You can roast almost any vegetable, and it will be delicious. Just coat them in oil and your favorite seasonings and roast them at 400 degrees Fahrenheit for 20-30 minutes.

You can also opt for a side salad instead of fries. Salads are a great way to get in your greens, and they can be just as filling as french fries.

It's not to say you and your family can't have french fries, but moderation is key. Instead of having them as a regular side dish, have them as a special treat every once in a while.

It's easy to gorge on french fries, but it's important to remember that they are not the healthiest food. They should be eaten in moderation and as part of a balanced diet. Count your potato slices per person before frying to don't overindulge.

Made it to the end? Here are some other articles that you mind find helpful!

Onion Rings Vs. French Fries: Which To Choose?

Can You Make French Fries With Red Potatoes?

How To Store Leftover French Fries

Almond Butter Not Getting Creamy – What To Do?

Gravy Too Thick? Here’s How To Thin It Out!