The latch on a dishwasher door must function properly for the dishwasher to initiate a cycle. But what do you do if the latch on your Amana Dishwasher is broken? How do you fix it? How do you test it? We have looked into this issue, and in this post, we will answer these questions for you.

Here are the steps to take to fix your Amana dishwasher latch:

Dishwashers are designed to close completely to prevent water from leaking out during the wash cycle phases. So to say, if the dishwasher doesn't latch, you won't be able to use it until it's fixed.

Sometimes the latch can come loose, in which case you can retighten it. But in other cases, it may break completely, requiring further troubleshooting. Let's look at how to solve this issue with Amana dishwashers. 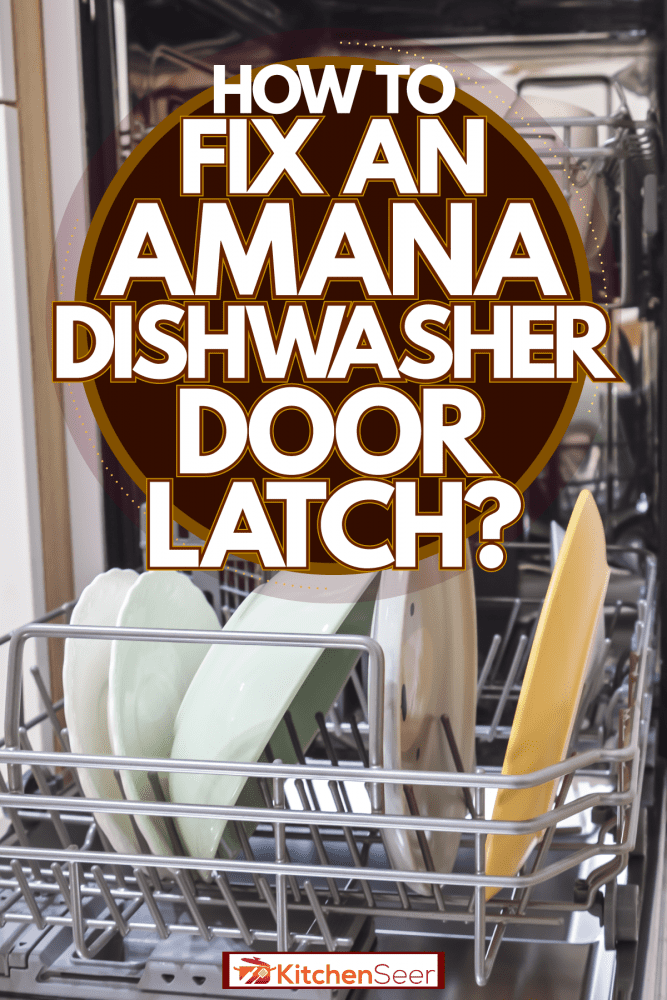 1. Turn off the dishwasher

The first thing that you want to do is test the dishwasher latch. To do this, turn off the dishwasher and unplug the power cord from the electrical socket. Find where the latch switch is located. In most cases, this will be behind the door and control panel.

You'll need to open up the dishwasher to access it. Depress the latch switch using your finger or the end of a pencil or a pen. The safety switch is likely broken if you depress the switch in the dishwasher still doesn't come on.

In this case, it'll need to be replaced. You can replace this part yourself in a few minutes, and it only cost around $25 to $40, depending on the Amana model. 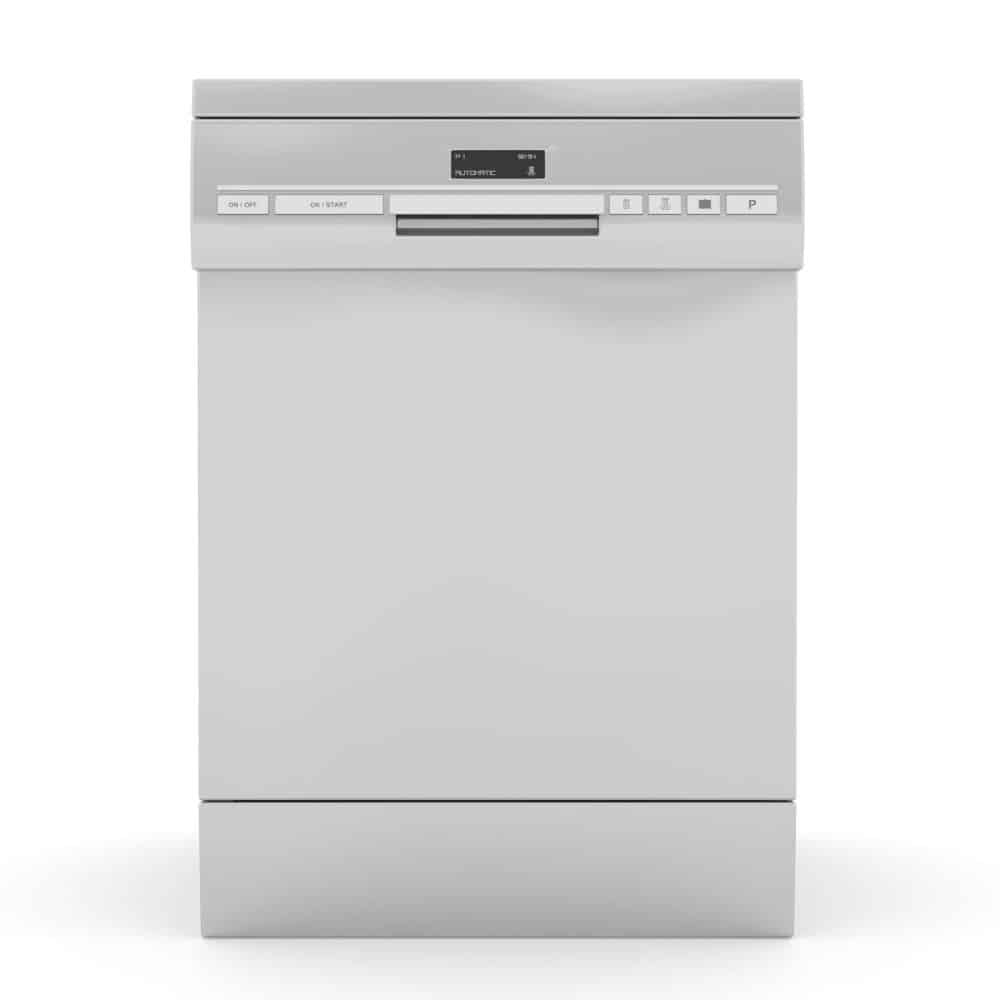 Take a good look at the latch to see if any foreign debris or food particles have become wedged within it. This will often cause the latching issue, as the food will make it hard to close the door completely or open it up after a cycle.

If the debris is visible, use a wire hanger or another long thin tool to remove it. After clearing the obstruction, test the latch again to see if this was the culprit.

3. Check the rotation of the latch

In specific models, the latch will operate on a pivot pin that allows it to rotate. Over time, debris and dirt can accumulate inside the pivot pin area, impeding its movement and causing the latch to lock.

The best way to clean it is to spray it with a part cleaner such as bolt loosener or WD-40. It's also helpful to add a bit of penetrating lubricant to the area to keep the parts moving freely. After spraying the area around the latch, open and close it a few times so that the lubricant can penetrate the entire pin area.

While the dishwasher door is open, take a close look at the strike plate to note any abnormality. If the plate is bent, misaligned, or loose and anyway it will need to be readjusted to its correct location and shape so that it will fit properly within the door. If the strike plate is bent, you may be able to straighten it with a pair of needle-nose pliers.

In some cases, however, it will need to be replaced—particularly if it has rusted or become damaged in any way. You can replace the strike plate yourself, as it's a fairly simple task. After replacing it, try latching the door again to see if this fixes the issue.

Why is my dishwasher door not closing?

If the door on your dishwasher isn't closing, it could be due to several different issues. Here are the most common ones.

The dishwasher tub is misaligned how are installed incorrectly

If the dishwasher has not been installed correctly, it may not be level enough to close properly. For example, if it is tilted to the left, right, or back, the tub's weight may cause the door to gradually shift and fail to close correctly.

Often, this will happen when the tub contracts and expands after being exposed to the hot water from a cycle. In this case, the best thing to do is to remove and then reinstall the dishwasher, ensuring that it is level.

The latch assembly is malfunctioning

In which case, the latch assembly will need to be replaced-though you'll need to test it first.

There are too many dishes in the dishwasher

Sometimes the issue can be a simple one, such as the dishwasher being overfilled. If there are too many dishes in the washer, the racks may not roll entirely back into the tub. As a result, the door cannot close completely, and the latch cannot connect to the strike plate.

Take a look at the racks and ensure that they make their way to the back of the dishwasher tub. If they don't, try removing some of the larger items and then closing the door again.

As mentioned previously, a misaligned strike plate will cause issues with the door latch. This often happens when the strike plate becomes damaged, loose, or misaligned in some way.

Take a close look at the plate to see if it is aligned correctly and free of food and debris. If it is, you'll need to either clean it, replace it, or repair it to fix the latch issue.

Need a visual on how the process looks (for most dishwashers), check out this video:

How do you open a dishwasher door that has a broken latch?

If your dishwasher latch is broken, it's best to use an Allen key, screwdriver or need a pair of needle-nose pliers to pry it open. To do this, take the Allen key (or a straightened wire clothes hanger bent at 90 degrees) and stick it between the body of the dishwasher and the door, right next to the handle.

Next, move the key to the left until it catches. Once it does, it should touch the latch, and when it does, turn the Allen key 90 degrees to the right while simultaneously pulling it towards you. This should release the door latch to open the door. 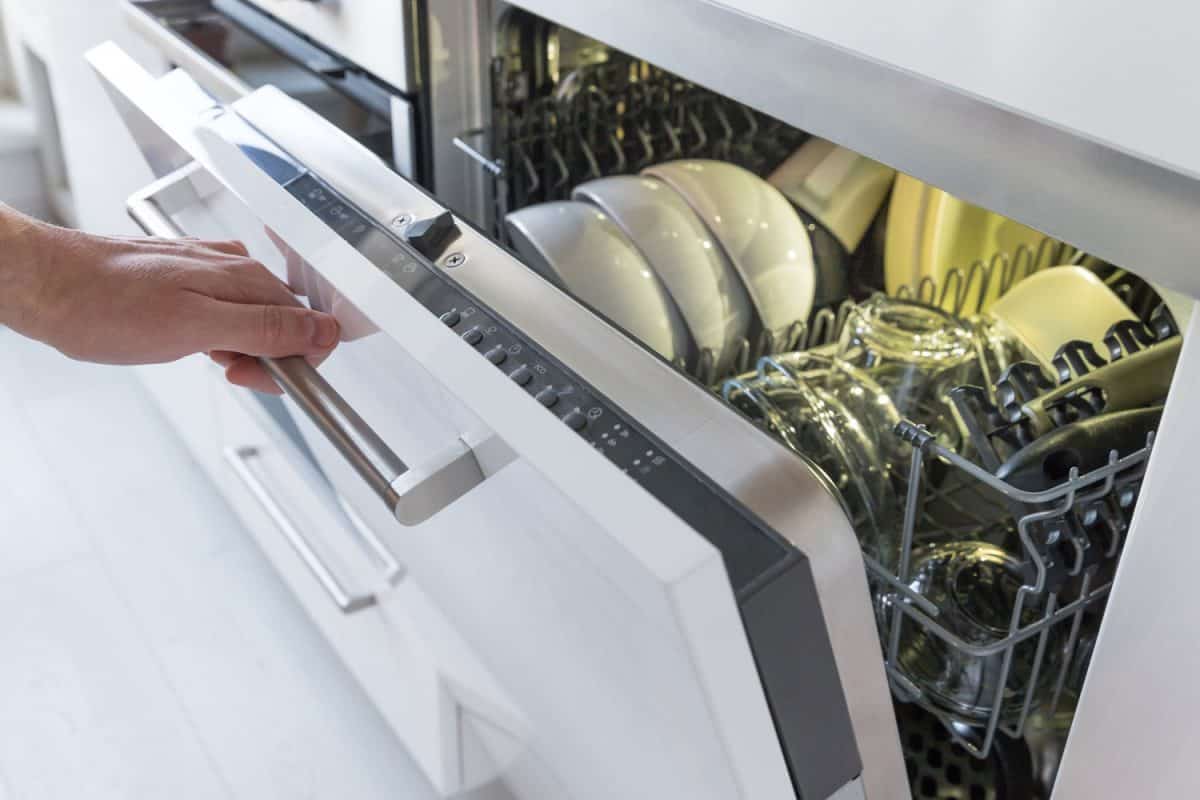 How do I test my dishwasher door latch?

You can test the dishwasher latch using a multimeter. To do so, start by unplugging the dishwasher's power cord. Next, remove the front door panel and locate the door latch assembly at the top.

Place the probes of the multimeter on the terminals of the latch's wire switches. Next, look at the digital display of the multimeter, and if it has a reading of 0 or somewhere close to it, the assembly still has continuity. If it shows any other reading, you'll need to replace the assembly.

Find this multimeter on Amazon.

How do I reset my Amana dishwasher?

Unplug the unit from the wall to reset it. Leave it unplugged for about 45-60 seconds, and then plug back in. If it's hard-wired, be sure to turn it off at the circuit breaker switch as well.

Sometimes latches may break or become faulty all on their own. However, you can prevent the dishwasher latch assembly from becoming broken by using caution when operating it. Try not to pull on the latch too forcefully when opening and closing the dishwasher.

However, if you find yourself with a broken latch, know that repairing it can be a relatively simple DIY project as long as you have the right tools. Just be sure first to test the latch to ensure that it's broken before replacing it.

How To Fill Gap Between Dishwasher And Countertop?

How To Reset An Electrolux Dishwasher

How Long Should A GE Dishwasher Run? [Inc. On Normal]

How To Use A Campfire Coffee Percolator

Can You Beat Eggs In A Food Processor? [Here’s How To]