Aunt Jemima is a household name; who doesn't love their pancake syrup? It makes eating pancakes that much more memorable. However, does their syrup ever spoil? If that's your concern, we've researched the topic to give you some answers!

No, Aunt Jemima's syrup doesn't necessarily spoil. You can consume it way past its expiration date. However, the quality will go down as time goes on. So, the longer you wait, the more likely you might have to throw it out.

The answer above might leave you with more questions that need answers. For example, why doesn't Aunt Jemima's syrup spoil? Additionally, how much does it change as it gets older? These are some concerns we'll cover in detail. To learn more, keep reading. 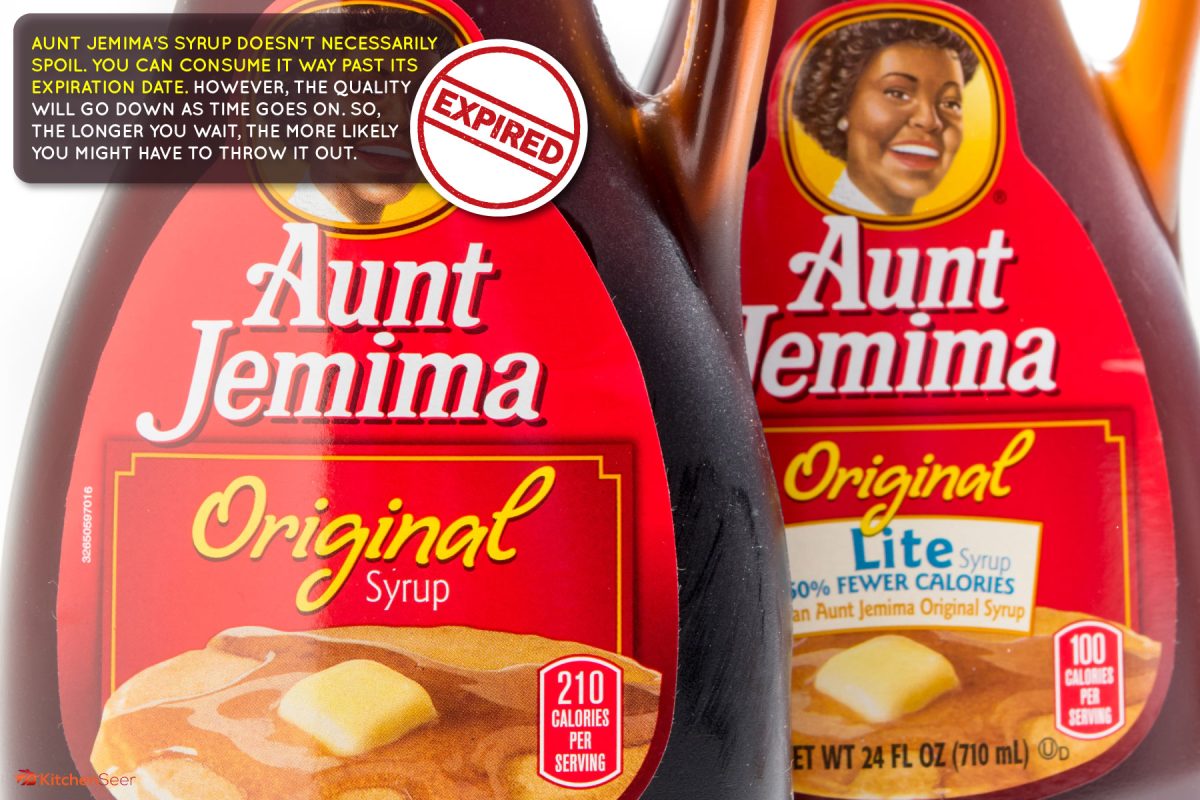 It might be surprising, but it's true; Aunt Jemima's syrup doesn't expire. Of course, anyone would immediately doubt it. If it doesn't spoil, why does it have an expiration date?

To answer this, we need to identify what type of labeling Aunt Jemima uses for their syrups. More specifically, we need to look at the words that precede the date on the bottle. Does it use best-before or use-by?

According to the USDA, both are not safety dates. Dates with these phrases tell us when the product will be of the best quality. Once the product passes this date, it should still be safe to consume.

Of course, we have to use our judgment to determine if it's still safe for consumption. 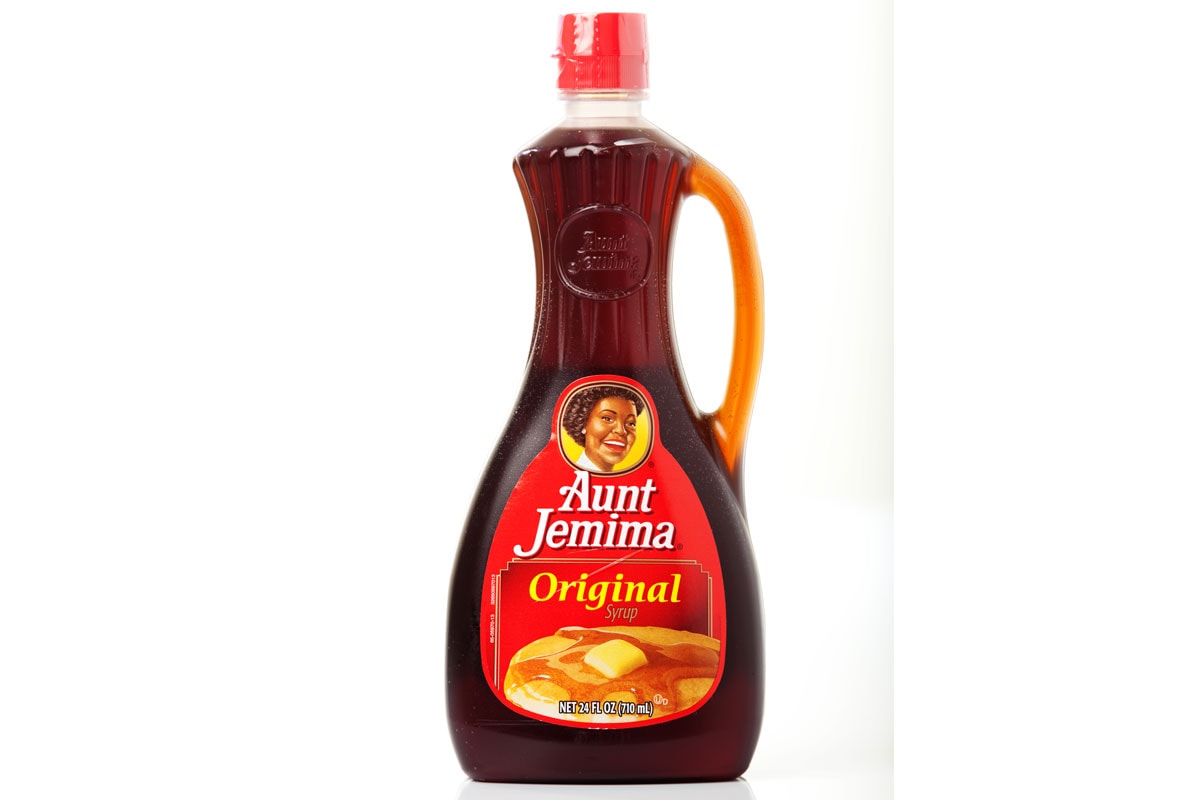 The USDA states: "With an exception to baby formula if the date passes during home storage, a product should still be safe and wholesome if handled properly until the time spoilage is evident. Spoiled foods develop an odor, flavor or texture due to naturally occurring spoilage bacteria."

Once the syrup displays spoilage characteristics, avoid consuming it.

Now we know what the date on the bottle tells us. Still, it leaves us with the concern of spoilage. How do we know Aunt Jemima's syrup doesn't spoil?

A lot is going on here. Some are familiar, while others sound like something you'd find in a lab. We'll break down each one to ease any concerns. Let's start with corn syrup. 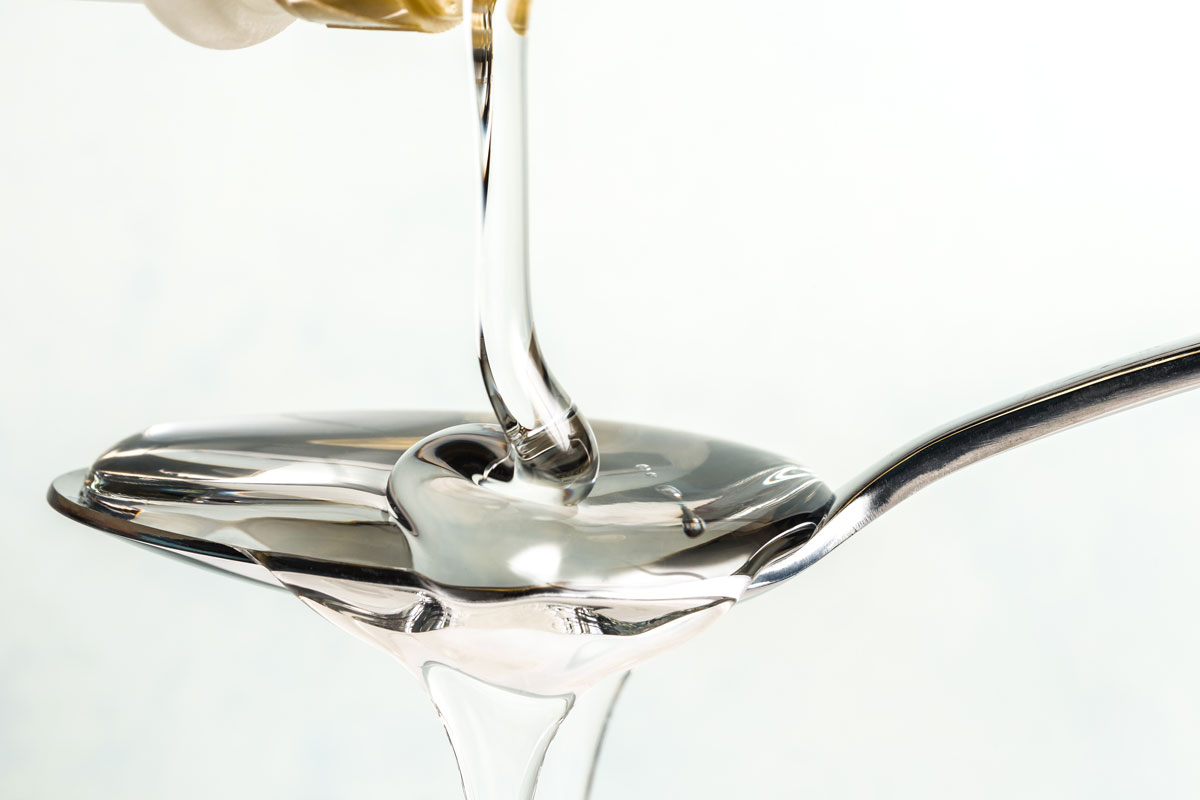 Corn syrup is the first ingredient on the list; this tells us that it makes up a majority of the syrup. So, what exactly is it?

Corn syrup is a food syrup that comes from corn starch. Manufacturers use it to provide shine and prevent crystallization in products. It's less sweet than table sugar.

Now it raises the question—does it expire? As it turns out, it doesn't. Corn syrup keeps indefinitely. Of course, this is assuming it's stored correctly.

Over time, corn syrup changes color; it becomes darker. Still, it should be safe to consume. The only way it can spoil is if the container is contaminated. 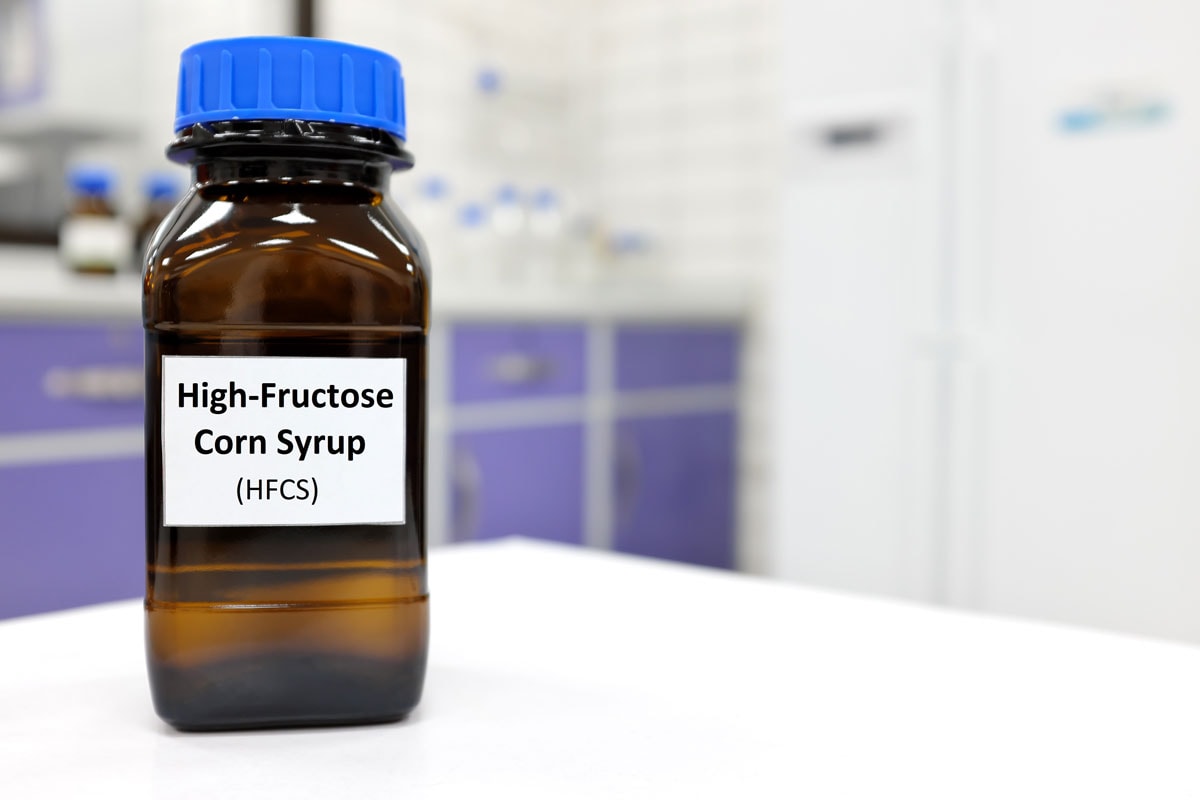 High fructose corn syrup comes up second on the list. So, we can assume it's another ingredient that makes a large portion of the Aunt Jemima syrup we know and love. Nevertheless, it's nearly impossible to have not heard about HFCS.

It's a sweetener that comes under scrutiny all the time. Whether it's healthy or not is a topic for another time. Our primary concern is spoilage. So, does HFCS spoil?

High fructose corn syrup comes from corn syrup. Manufacturers make it by adding enzymes to corn syrup. Accordingly, some of the glucose in the corn syrup will convert into fructose. 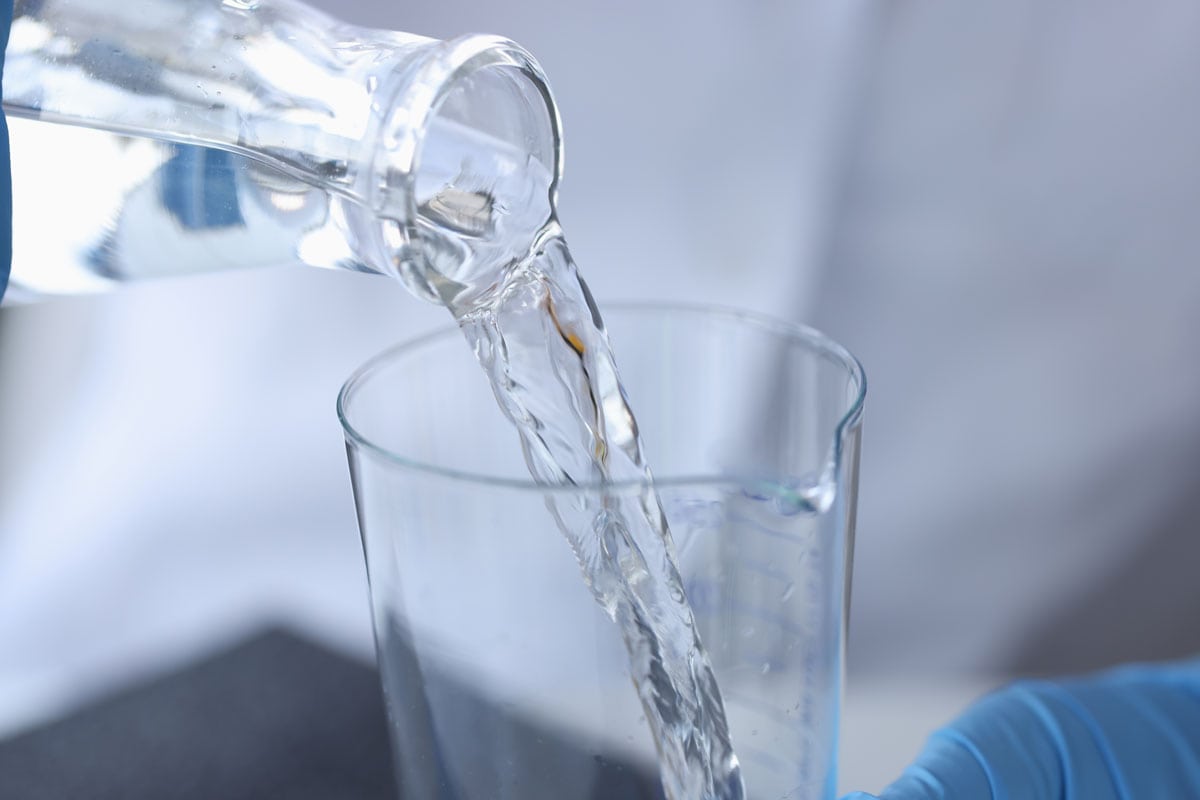 Water doesn't need an introduction. However, it's also another ingredient with an indefinite shelf life. Some types of water have an expiration date, but that's due to leaching concerns with plastic containers.

Unless manufacturers use contaminated water with their products, water won't be why it spoils. We can assume all manufacturers use water that follows government safety standards. So, there's no need to worry about water spoilage.

Cellulose gum sounds technical, but it's only a food additive. It comes from the cell walls of plants; manufacturers use it to make products thick and creamy without adding fats.

It's also helpful for keeping foods stable. Without it, the best-by/use-by date on the syrup bottle would be a lot shorter. Cellulose gum helps keep ingredients together.

Unfortunately, cellulose gum does have an expiration date. Products that contain cellulose gum will have a 1-year shelf life. Some would ask if it's safe to consume after this, but answers for this are inconclusive.

Thus, it's up to our judgment to consider if it's still edible. At most, we can assume the cellulose gum in the syrup won't perform the same as it did before.

If you didn't know, the lower an ingredient sits on the list, the less there is of it in the product. So, we're not going to go over the last ingredients separately.

The last ingredients consist of preservatives, flavoring, and coloring. Food coloring and salt have an indefinite shelf life. Salt—in particular—is toxic to microbes.

However, salt loses quality over time. So, it's best to consume it within 3-5 years. On the other hand, food coloring doesn't contain ingredients that can spoil.

Nevertheless, it will eventually dry out or change color. Manufacturers include the last three preservatives in the list to make the syrup last a while. Of course, they recommend using it within the best-by/use-by date.

Afterward, it's up to us to determine if it's edible. With the information we now know, we can assume the preservatives won't last long after the date on the bottle too.

Do You Have To Refrigerate Aunt Jemima Syrup After Opening? 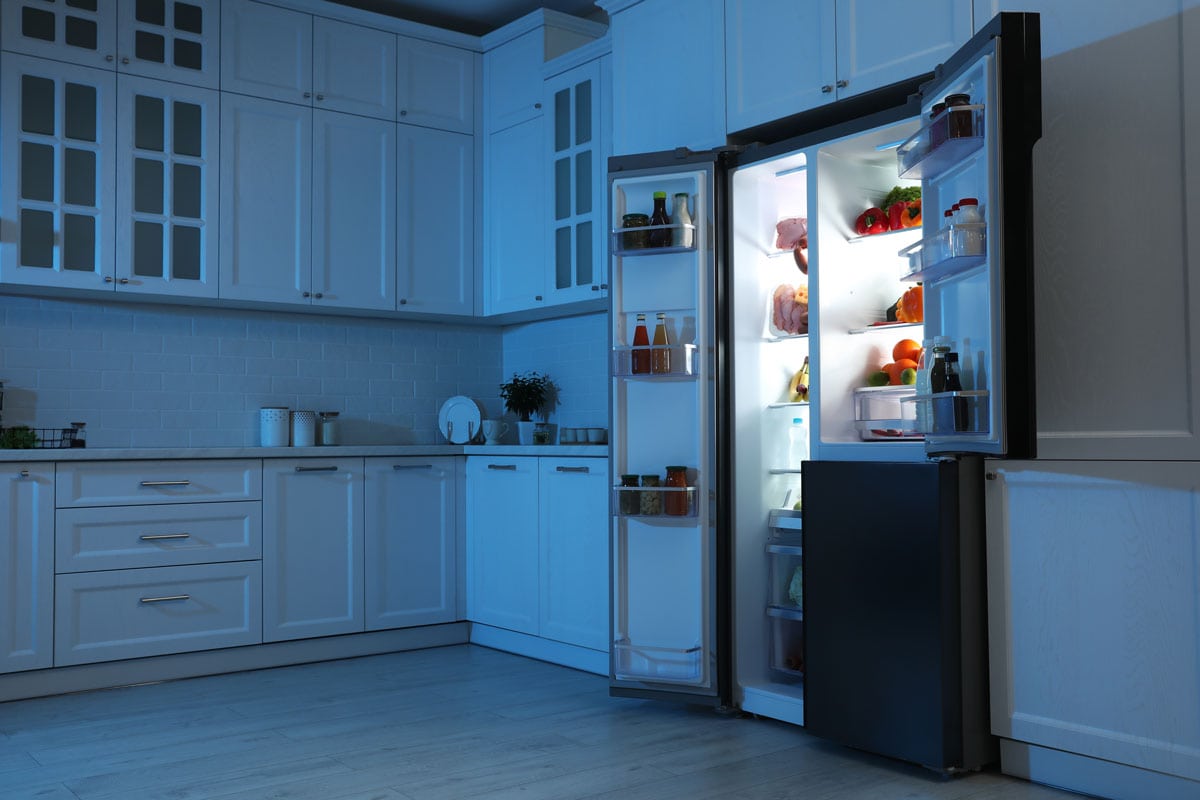 The refrigerator is the first place people think of when they want to preserve food. The cold makes things last a while longer. So, is it necessary to refrigerate Aunt Jemima's syrup after opening?

It helps, but it's not necessary. Aunt Jemima's syrup is unlike the genuine maple syrup you find in stores; it's an imitation. One look at the ingredient list tells us this.

It's mostly corn syrup with flavoring. For this reason, it doesn't require refrigeration. In any case, you can put it in the fridge to help preserve the quality longer.

How Long Does Aunt Jemima's Syrup Last After Opening?

Some foods tend to spoil quickly after opening the packaging. Fortunately, that doesn't apply to Aunt Jemima's syrup. It will retain its quality up to the best-by date.

From there, it can continue to perform the same, assuming you store it properly. Placing it in the refrigerator will help the ingredients stay together longer.

How Can You Tell if Syrup Is Spoiled?

The definitive way to tell if the syrup is spoiled is mold growth. However, it's rare to have mold growing inside the bottle; it usually appears on the cap.

Some would suggest skimming and straining the mold. Then, boil the syrup to reuse. However, it's safe to say most people would throw it out at this point; no one wants to risk getting sick.

Let's assume you kept a bottle of Aunt Jemima's syrup in the fridge for years. There are no signs of mold, and the contents inside look to be in good condition. Can you eat it?

We'd have to address two concerns. The first is safety; yes, it would be safe to eat. So, you have no worries about getting sick.

The second concern is quality. Remember, there are a lot of ingredients that go into making Aunt Jemima's syrup. Although it's primarily corn syrup, think about the rest—like water.

Over time, the food additives won't be able to keep them together. As a result, it will lose the texture it once had. Sugars may crystalize, and the syrup will become slower to pour.

Some of the ingredients in the syrup might make it develop an odd flavor. Of course, you wouldn't know until you eat it. Is that a risk you'd like to take? That's up to you to decide.

Despite being safe to consume old Aunt Jemima's syrup, it's not recommendable. Instead, get a new container of it. 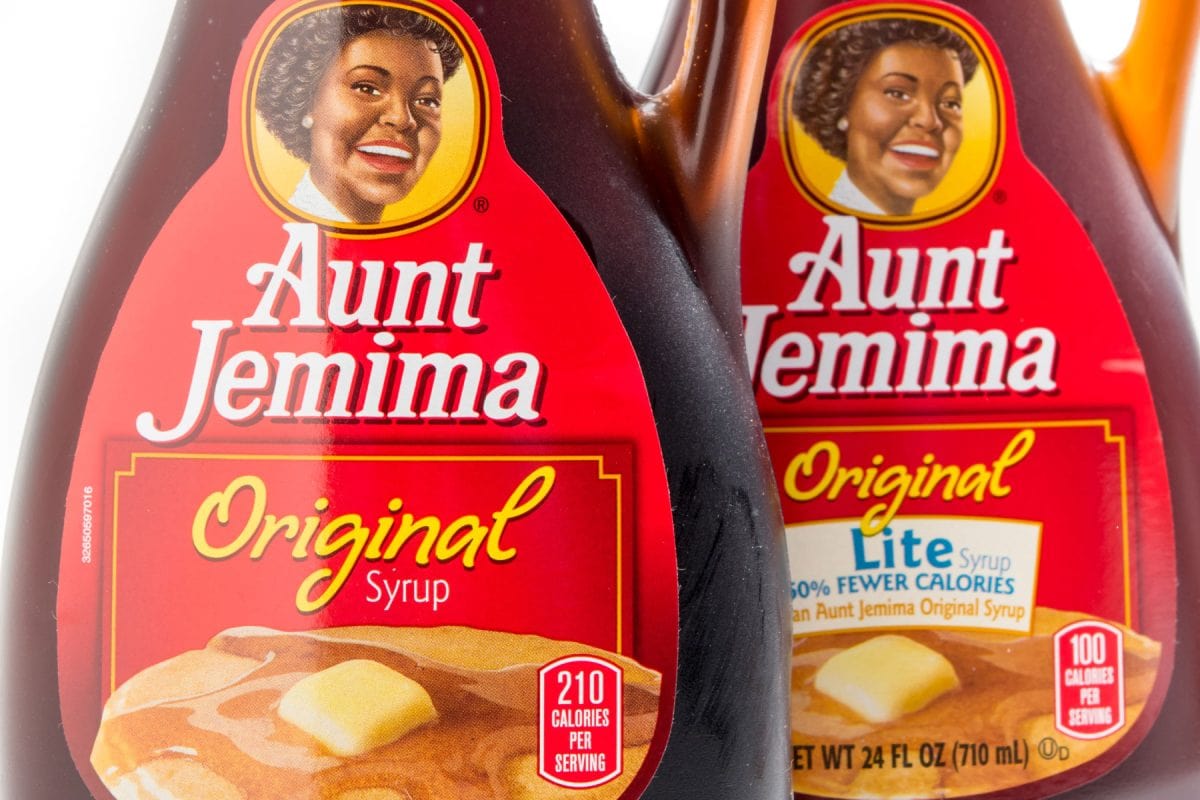 How old is your container of Aunt Jemima's syrup? Hopefully, it isn't too old! If it is, it could still be usable. Regardless, we hope you found this informative.

Before you go, are you curious to know if other items in your home expire? What about beers? To learn more on this topic, check out:

Can Bud Light Expire? [Here Is How Long You Can Drink It Past The Expiration Date!]

How To Keep Pancakes From Sticking To Stainless Steel Pan

At What Temperature To Bake Cinnamon Rolls?