Almond butter is a tasty alternative to traditional peanut butter. However, even though almond butter has a pretty long shelf life, you still might not be able to get through the entire jar before the expiration date. So what exactly do you do with the extra almond butter? Is it possible to put the remainder in the freezer to save for an extended period? For your convenience, we have brought you the answer!

Almond butter does freeze well. It's easy to freeze and can last for quite a while in the freezer. The trick is, you need to store it in the proper container and avoid keeping it in the freezer for more than six months. It's also essential to make sure your almond butter is still fresh by smelling it or tasting it when you do take it out of the freezer.

If you want to learn the correct way to freeze almond butter and other secrets to make your almond butter last as long as possible, scroll down, and we'll give you all of the information you need! 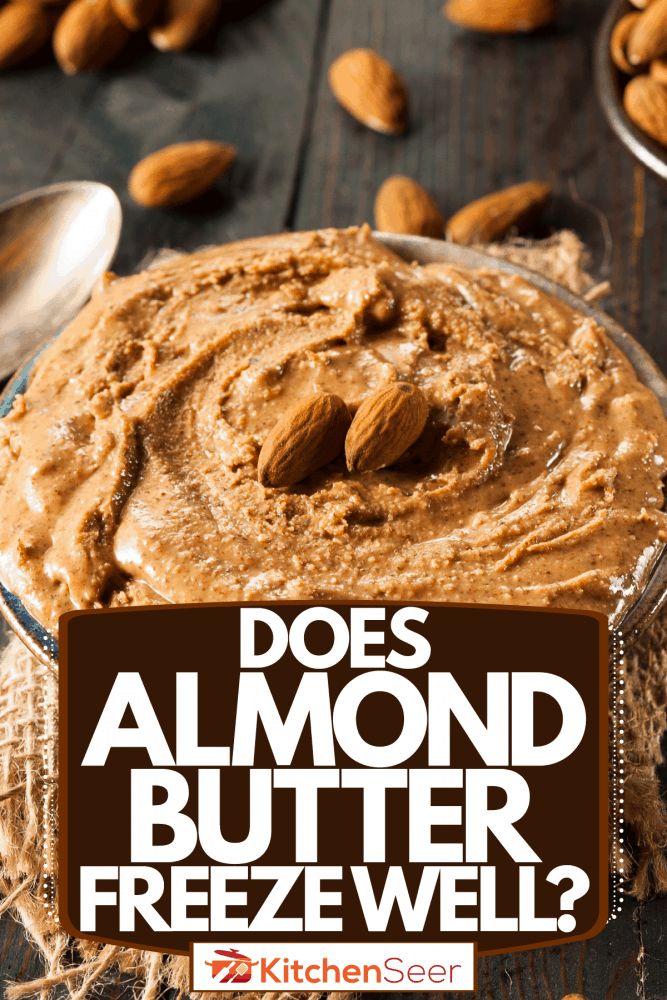 Almond butter might not be a product you would typically think about freezing, but the experts agree that almond butter can easily be frozen and saved for a later date. The quality and taste shouldn't be affected at all. So follow these steps to make the most out of your almond butter. 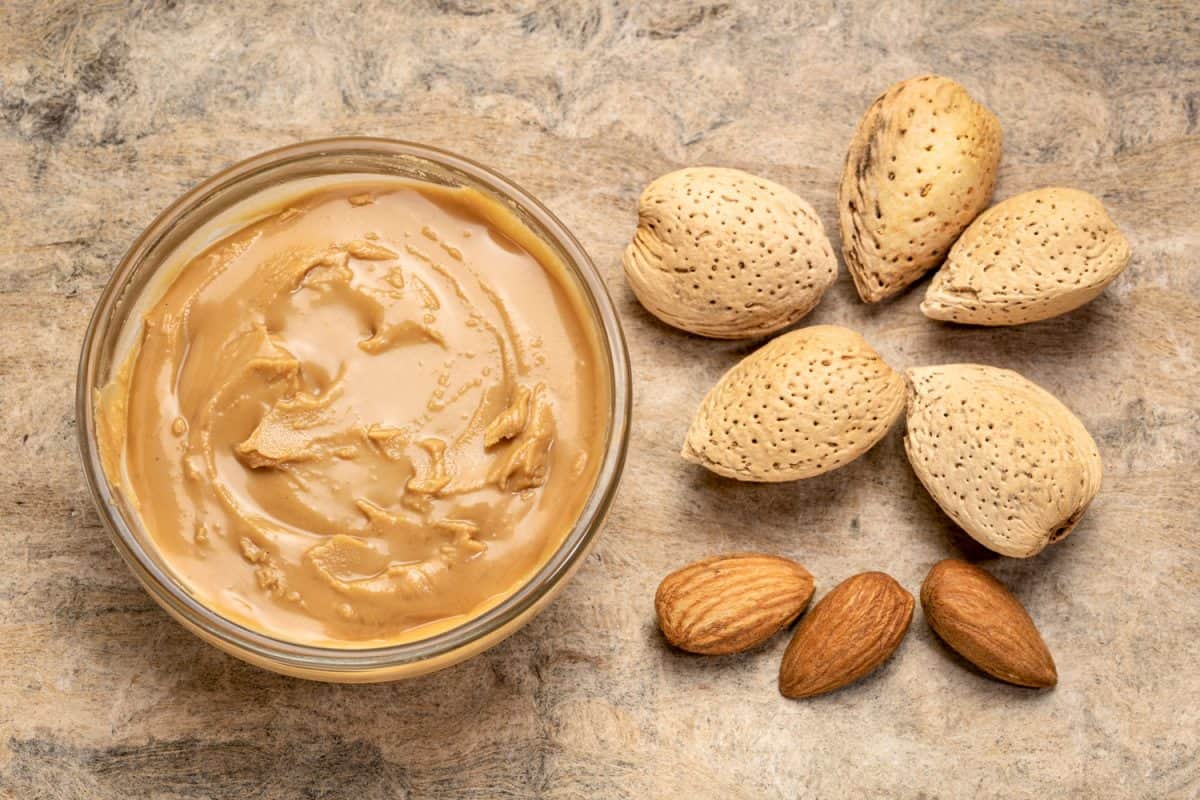 Freezing almond butter is simple. First, put whatever portion you want to freeze into an airtight, freezer-safe container. The pros recommend that you don't fill the container to the top; instead, leave a little room because frozen almond butter will likely expand.

Remember to label the container with the date, so you'll know how long you have to use it before it goes bad, and then pop it in the freezer. It will take about 24 hours for it to become fully frozen.

How Long In The Freezer

Almond butter, like everything edible, does eventually expire. Some sources say it will last 3-6 months. Once you thaw it, you will need to decide if it still smells and tastes good. If not, it might be time to buy a new jar.

If you want to defrost almond butter in a hurry, take it out of the freezer and leave it out on the counter at room temperature. It should thaw in about 6 hours. You can also thaw it in the refrigerator, which is recommended, but that will take more time.

Once thawed, stir it to mix everything around that might have settled during the freezing process, and then smell it or taste it to test that it hasn't gone bad. After that, enjoy!

How Long Does It Take For Almond Butter To Freeze? 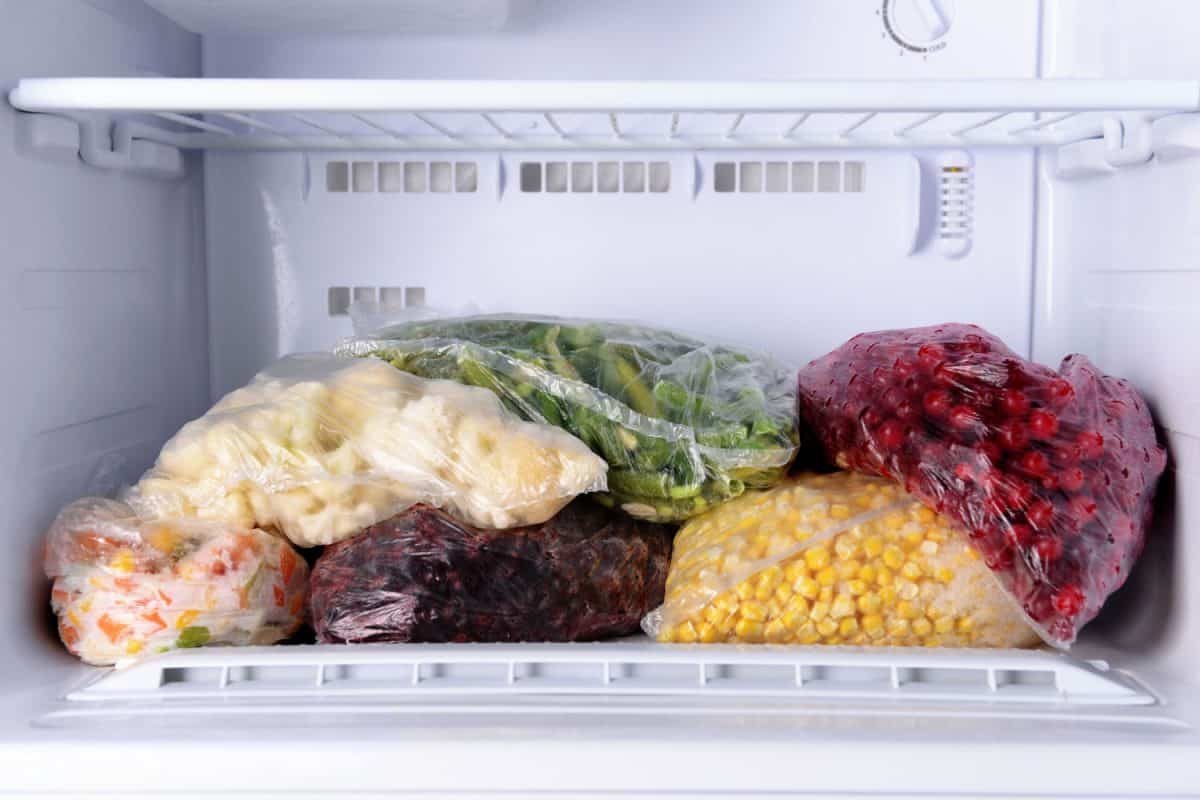 If you decide to put your extra almond butter in the freezer, you can expect it to freeze in about 24 hours. Remember to store it in an airtight container to retain its flavor when you decide to defrost it.

Should Almond Butter Be Refrigerated After Opening?

You don't have to refrigerate almond butter after it’s opened, but it is a good idea so that it retains its freshness for as long as possible. If you store almond butter in the cabinet, it can become rancid more quickly. Also, if you make your own almond butter, or if you buy organic almond butter that doesn't contain many preservatives, keeping it in the cabinet will cause it to have an even shorter shelf life.

So even though it's not necessary, the refrigerator is probably the best place for almond butter because it will last about twice as long as it does in the pantry.

How Long Does Almond Butter Last In The Fridge?

How long your almond butter will last depends a lot on which brand of it that you purchase. They all have different expiration dates, and the number of preservatives in your almond butter can also determine its longevity. When in doubt, make sure to smell or taste it before use to ensure that it's still fresh.

How Can You Tell If Almond Butter Is Rancid?

Almond butter does eventually go bad, and whether you store it in the refrigerator, freezer, or pantry, experts suggest that you should smell it to check for signs that it is rancid before using it. If it smells off or sour, then it's probably no good.

Tasting is another way to detect rancidity. If it tastes bad, there's another clue that it's time for the garbage bin. Some describe rancid almond butter as having a smell or taste like paint.  In addition, if you open your almond butter and see any mold growing on it, that's a sure-fire way to know that what's in the jar is no good. Again, use your best judgment, and if anything tastes, smells, or looks odd, it's probably not a good sign.

One thing you should know if you open up your jar of almond butter and there is oil sitting on the top, not to worry!  That happens to almond butter that is still fresh and is not an indicator of spoilage.

Why Is My Almond Butter So Hard? 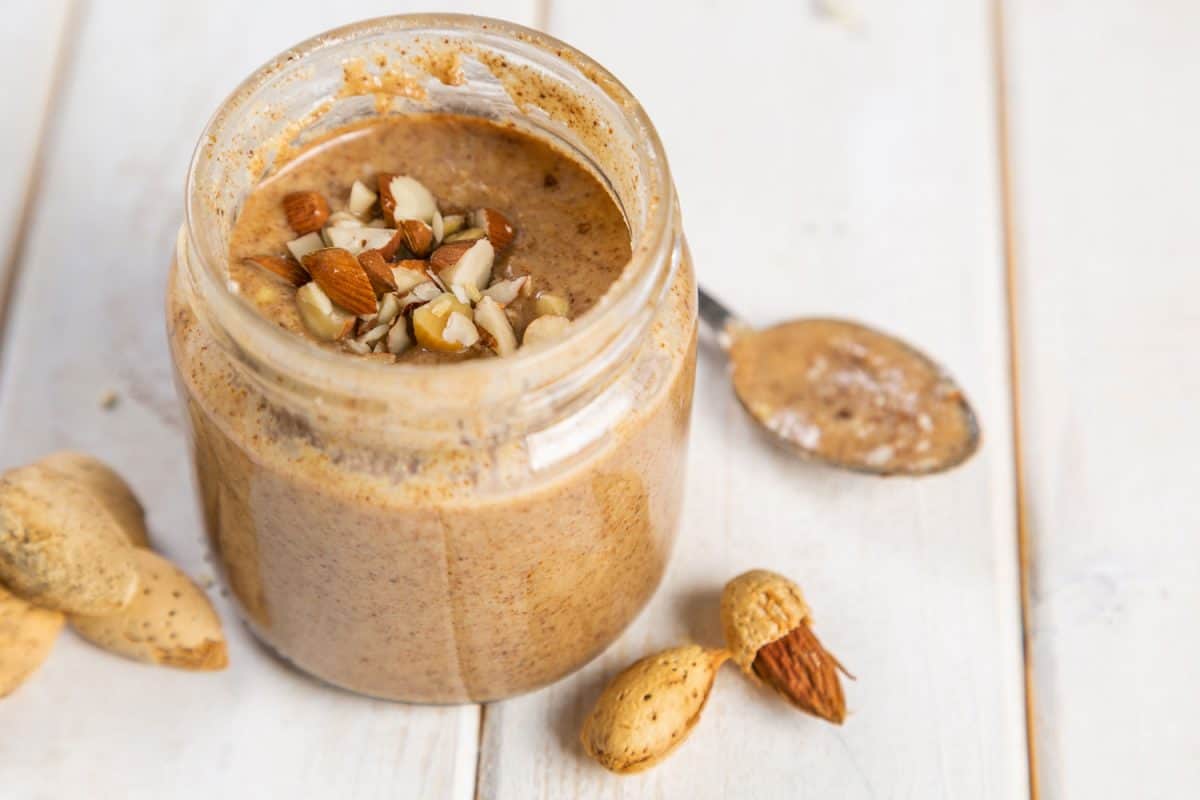 Have you ever opened up your jar of almond butter, and it's so hard that you can barely get a spoon in it? That might happen when you keep it in the refrigerator. To combat this, you can scoop a little out and microwave it for a few seconds before using it.

Almond butter can also get hard and crumbly when you’re down to the bottom of the jar. One way to overcome this problem is to store it upside down. You might think that’s a strange idea, but it actually works. The oil will be distributed throughout the jar instead of just sitting at the top, and that will keep your almond butter from getting too hard, even when you are almost finished with the jar.

In The Know About Almond Butter

Who knew almond butter was so easy to freeze and store? For the freshest almond butter, follow the tips discussed in this article. And remember, if you are at a loss and can’t decide what to do with your extra almond butter, have no fear and just put it in your freezer. It should stay fresh for 3-6 months, and then when you decide it’s time, you can enjoy it again.

Check out these helpful articles on Kitchen Seer for more information on storing other types of butters.

Should Sunflower Butter Be Refrigerated?

Can You Refreeze Butter?

How To Properly Dice A Tomato [3 Ways]

How To Cook Red Potatoes – With 10 Tasty Recipes!