When purchasing a  convection oven, it is important to make sure everything is installed correctly. This is key not just for safety reasons but also to get the most out of your new appliance. One question that is asked quite often when discussing the installation of a convection oven is whether or not it needs to be vented. We've researched the proper installation and use of convection ovens to get the answer for you.

No, convection ovens do not require ventilation because they use a fan to circulate the air inside the oven to help food cook faster and more evenly. As long as your new oven is installed with the correct clearance recommended by the manufacturer, no extra venting is needed. Rules may differ in a commercial setting, and if that is the case, you will need to check the regulations in your area. While a convection oven doesn't need to be vented, there are still some good reasons to have a ventilation system installed, including:

We will go over each of these items in a  bit more detail below to help you make an informed decision on whether to include ventilation for your convection oven. Please keep reading as we'll also delve into how and when to use the oven's fan for your convection cooking. 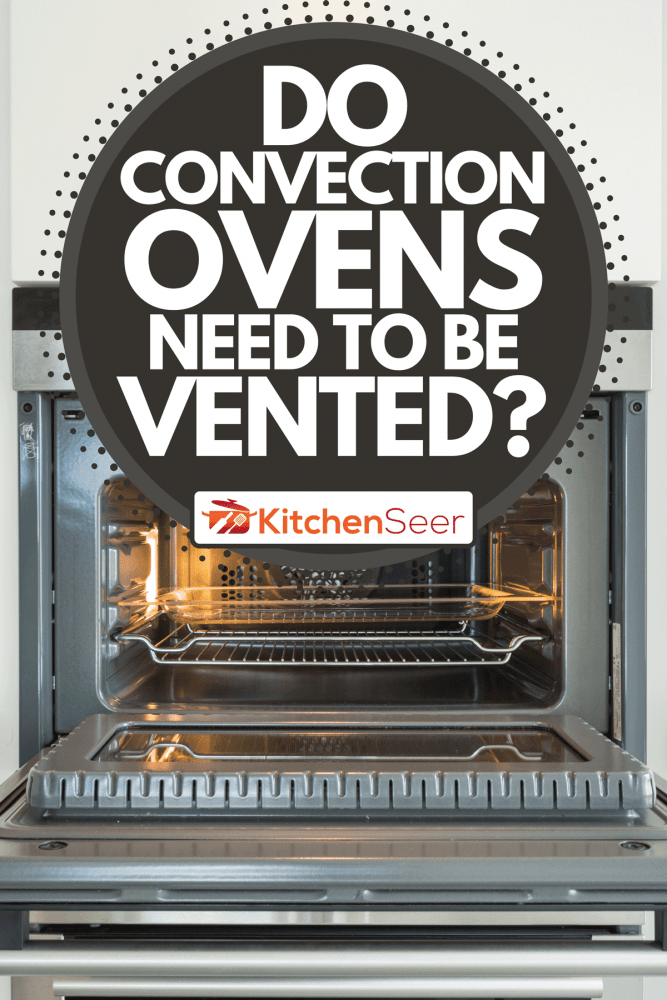 Ventilation For A Convection Oven 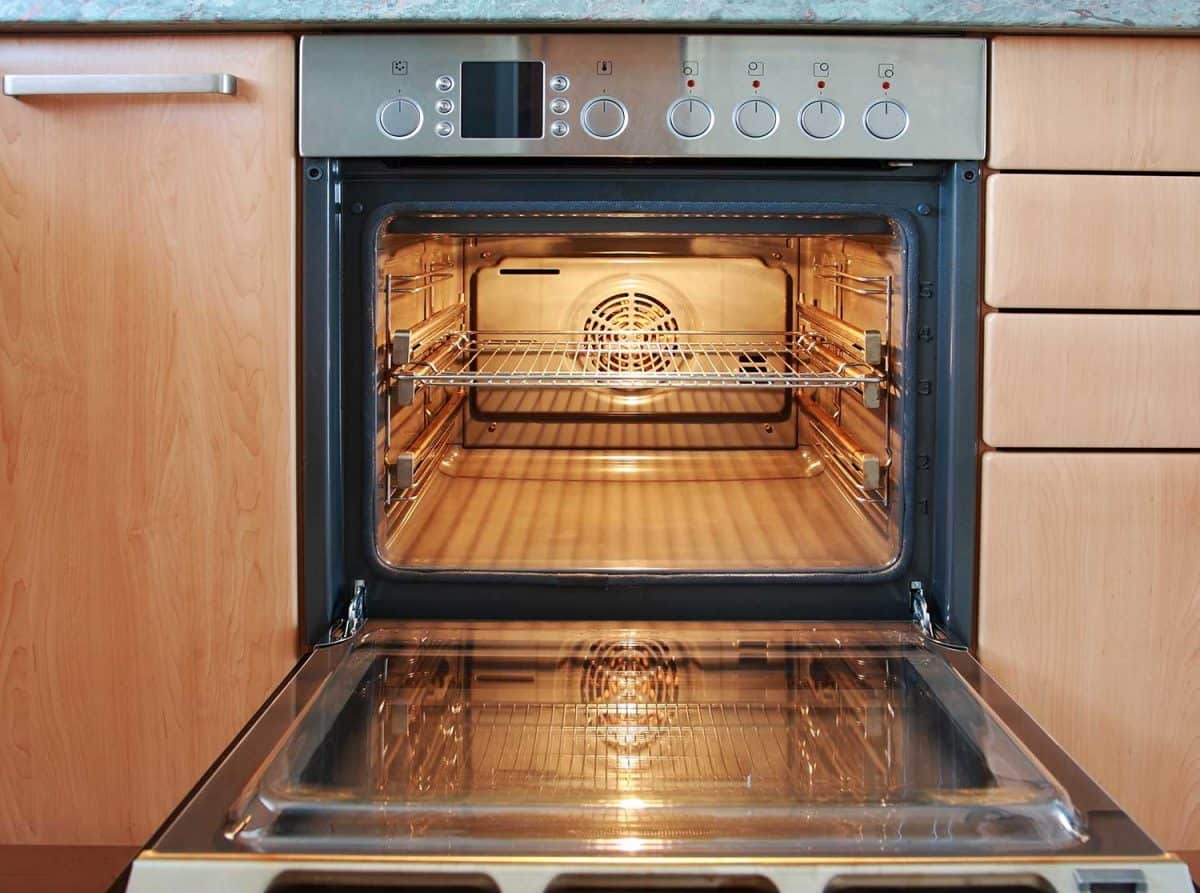 Ventilating a convection oven is not required, but it can prove useful in your kitchen's environment. Whether you are cooking, reheating, or just trying to maintain a clean kitchen, ventilation has several benefits.

Keep odors from overpowering your kitchen

As anyone who has been near an office break room when reheating fish in a microwave can tell you, the unpleasant smell can be overpowering. A good ventilation system can help avoid a similar scenario. What may have smelled delicious when you cooked dinner isn’t as appetizing the next morning or even later on the same night. This is especially true for those with a heightened sense of smell.

Even everyday ingredients can produce unhealthy air when cooked at high heat. As these burn off, they can release harmful particles into the air. If your kitchen is poorly ventilated, you and your loved ones will be breathing these pollutants. This can be especially dangerous for young children or those with asthma. A good ventilation system cleans out the air, so you don’t need to worry about your loved ones inhaling something that may be toxic.

A vent hood keeps kitchen surfaces grime-free by pulling grease and food particles from the air so they don't land on counters and cupboards, making your kitchen appear dull and dingy.  Having a system that takes grease and airborne particles right out of the air means you can spend less time cleaning up your counters and stovetop. And let's be honest, that's something everyone can appreciate!

Preparing to freshen-up your kitchen? Check out "6 Best Degreasers For Kitchen Cabinets Before Painting" before you get started for a simpler, DIY project.

Stay cooler in the summer with proper kitchen ventilation

The fan in a vent hood not only circulates the air and makes it healthier, but it can also make cooking more comfortable during those hot summer days. The vent pulls in the heat and steam generated by your cooktop and oven. While it doesn't cool down the house per se, it can make a discernible difference in the room's temperature on days when slaving over a hot stove is the last thing you want to do.

Now that you better understand the reasons you may choose to install a vent for your convection oven, you're ready to start cooking. Here are answers to some common questions you may have to understand your new appliance better and get the most out of it.

Can you use a convection oven without the fan? 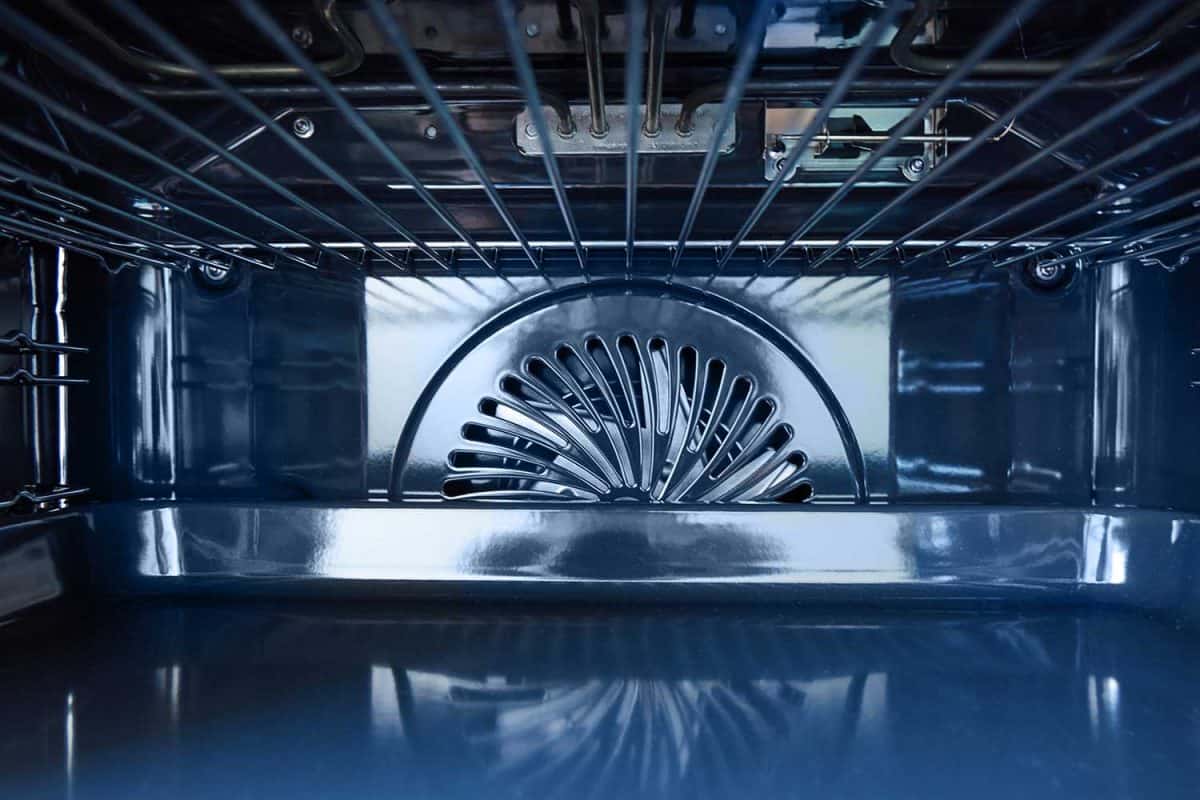 How do you turn the fan off on a convection oven?

As mentioned above, you cannot operate convection-only ovens without the fan on. However, if it is a conventional oven with a convection setting, you can turn off the fan in multiple ways.

What Temperature is 350 F in a Convection Oven?

Since the fan distributes the heat more evenly through the oven, it allows food to cook more thoroughly, faster, and at a lower temperature. Because of this, you will need to adjust the heat setting when using convection in much the same way you would when using a glass dish rather than metal.

When figuring out what temperature to use with a convection oven, the general rule is to reduce the cooking temperature by 25 to 30 degrees F versus what is recommended for a conventional oven. For instance, if the recipe calls for you to cook at 350 degrees F, you set the oven at 325 degrees F.

The above temperature variable is the most used temperature guideline. As you cook more with your new oven, you will learn what temperature and timing work best for the meals you cook most often. Always remember to use a meat thermometer to ensure foods are cooked to a safe temperature.

When not to use a convection oven?

Any item that starts with a liquid batter should be baked in a conventional oven. This is due to the convection fan potentially causing ripples in the batter that can remain visible in the finished product. When cooking this type of dessert and presentation is important, stick to a conventional oven.

Convection ovens prove even cooking, by using a fan to circulate hot air completely around your food. If installed properly, a convection oven does not require a ventilation system, as the fan runs continually throughout the cooking process.

However, ventilation can improve your kitchen environment by mitigating temperature, odors, and grease emissions. With that in mind, if you decide to incorporate a vent hood, you might enjoy cooking by convection even more! Check out "Do Kitchen Windows Need To Open?" for more ventilation ideas.

How To Lubricate A Freezer Drawer

Where To Buy A Refrigerator? [Top 25 Online Stores]