A Cuisinart pressure cooker may shut off due to a few different reasons. Here are a few things to check if it happens to you:

If you're tired of dealing with a Cuisinart cooker that keeps shutting off, you're not alone. However, the first thing to consider is how you use your Cuisinart, as they can often contribute to this. Continue reading to learn more about how to deal with this issue. 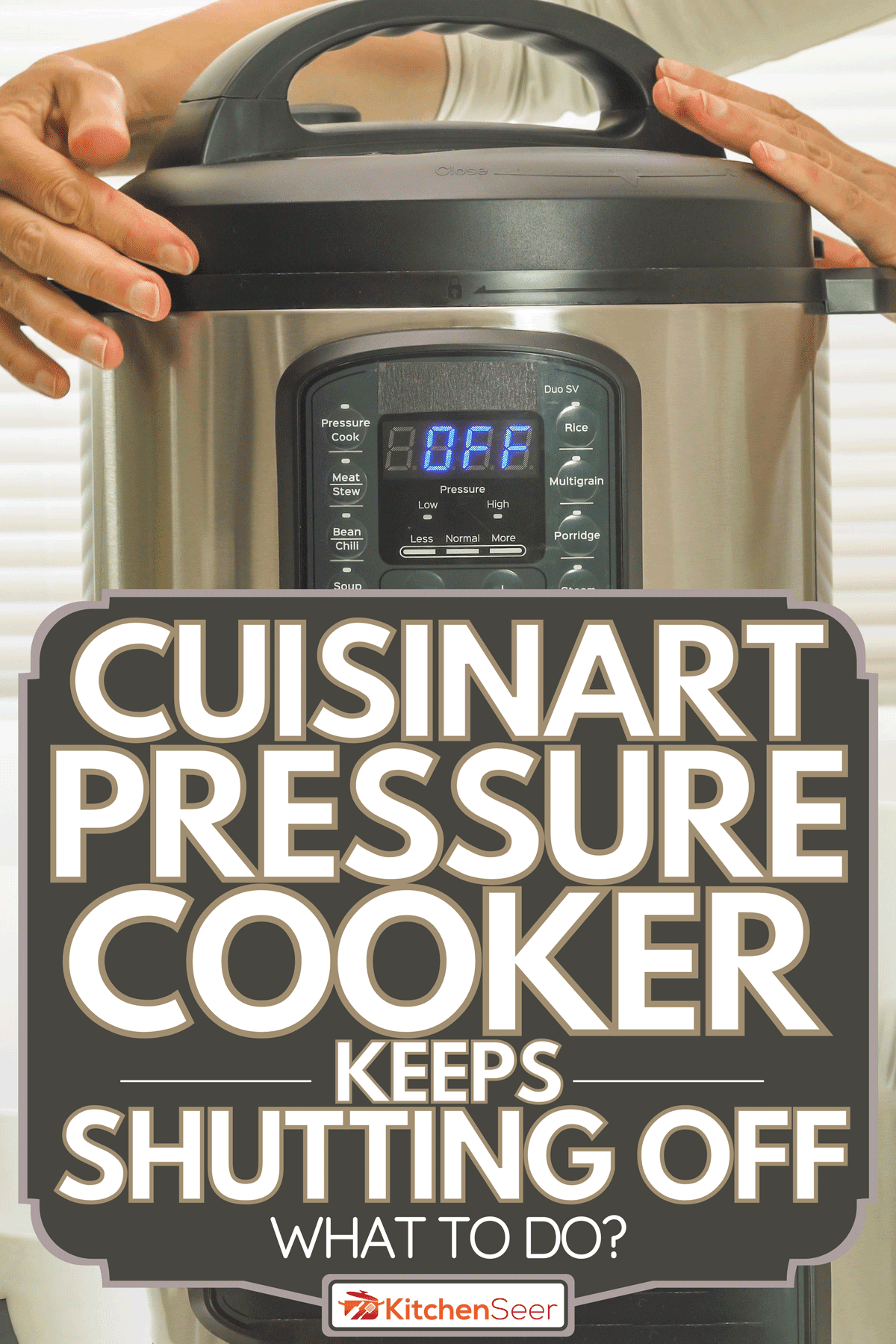 What To Do When Cuisinart Pressure Cooker Keeps Shutting Off

Here are a handful of the most common mistakes you may make with your Cuisinart without even knowing it; until it randomly shuts off, that is. 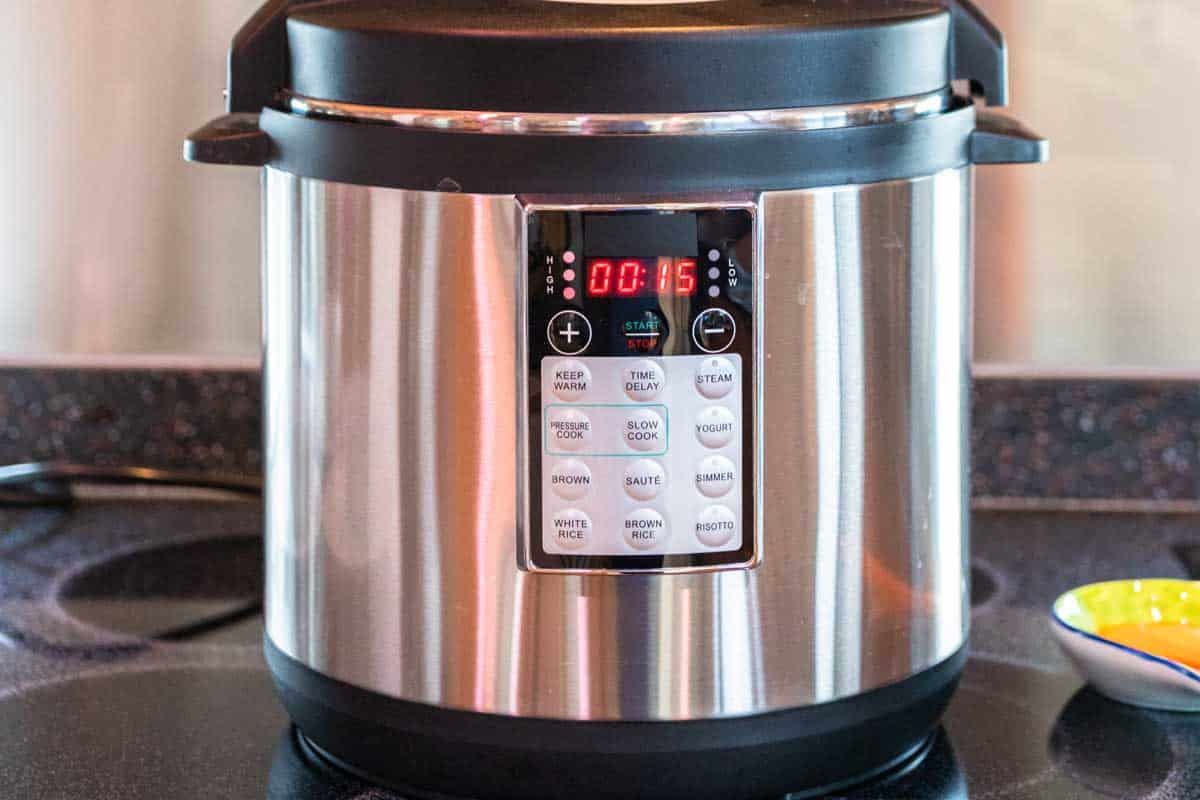 This is more of a component issue than a mistake, but a bad gasket ring can result in your Cuisinart pressure cooker failing to pressurize and ultimately shut off. If shutting off seems to happen more often, double-check the gasket beforehand and make sure that it's free of damage and correctly fits the size of your cooker.

Always adjust the gasket before turning the cooker on, as it can slide out of its housing during washing. If the gasket ring isn't in position during cooking, your Cuisinart pressure cooker may shut off as it won't pressurize properly.

If this is what's causing your Cuisinart to shut off, you'll immediately notice steam coming out the top or side of the appliance [instead of just at the whistle]. And if this happens, turn the pressure cooker off and let it cool down for a bit.

Then try to tighten the lid and adjust the gasket rings if needed. Afterward, turn the pressure cooker on again to see if the steam persists.

Also, whenever you buy a new gasket ring [aka "seals"], note that there is typically a small one and a large one for the cooker. And after you take the lid off to replace the seals, take note of the location of the previous ones, as it's common to attach them to the wrong area.

Thin out your sauce

This is another common issue with the Cuisinart pressure cooker. It's also an issue that can be challenging to remedy, as everyone's specific cooking style and taste will vary. Remember that an electric pressure cooker doesn't work the way an oven pot does.

That being stated, it's best not to stir the contents when you're cooking in a pressure cooker. It's common to make a mistake, but it gets significantly thicker when you stir your gravy or sauce in the Cuisinart.

This, in turn, makes it much harder for the cooker to cook correctly. To rectify this issue, open your cooker's lid and add about a cup or two of liquid inside it. This will make the sauce a bit thinner, which will allow the cooker to pressurize easier.

Here's another common mistake that results in pressure cookers turning off repeatedly. A pressure cooker functions by boiling the water inside it to turn it into steam. Once the steam builds up inside the cooker, it can only be pressurized--if not, it will shut off. Without steam, your food won't get cooked.

This is why the pressure cooker needs to have enough water. Of course, each of your recipes will require a different amount of water or liquid. However, there should be enough liquid in your cooker regardless of what you're preparing.

When using a Cuisinart pressure cooker, always remember to fill it up with at least a cup of water or more, depending on your recipe. And if you don't want to add water, you can always add other liquid [such as stock or broth].

Stock is actually the most common liquid used to cook food in pressure cookers. It can make your dish extra moist and tastier. Cover the lid after adding it inside the cooker but don't stir the contents inside.

Remove some of the liquid from the cooker

Doing so can be highly problematic and may contribute to the pressure cooker shutting down. The reason is that it's overloaded, and the pressure sensor will signal the unit to shut off to prevent damage. If you're unsure about the acceptable amount of food and liquid to add to your Cuisinart, check your user manual to be on the safe side.

Why does my Cuisinart pressure cooker keep stopping?

How do you reset a Cuisinart pressure cooker?

The process for resetting these pressure cookers is pretty simple. To reset the appliance, you'll need to remove the power cord from the cooker for about 4 to 5 minutes. Don't take off the lid during this time, however. Reconnect in the power cord and adjust the pressure setting on the cooker, and you should be good to go.

Why is my pressure cooker releasing steam? 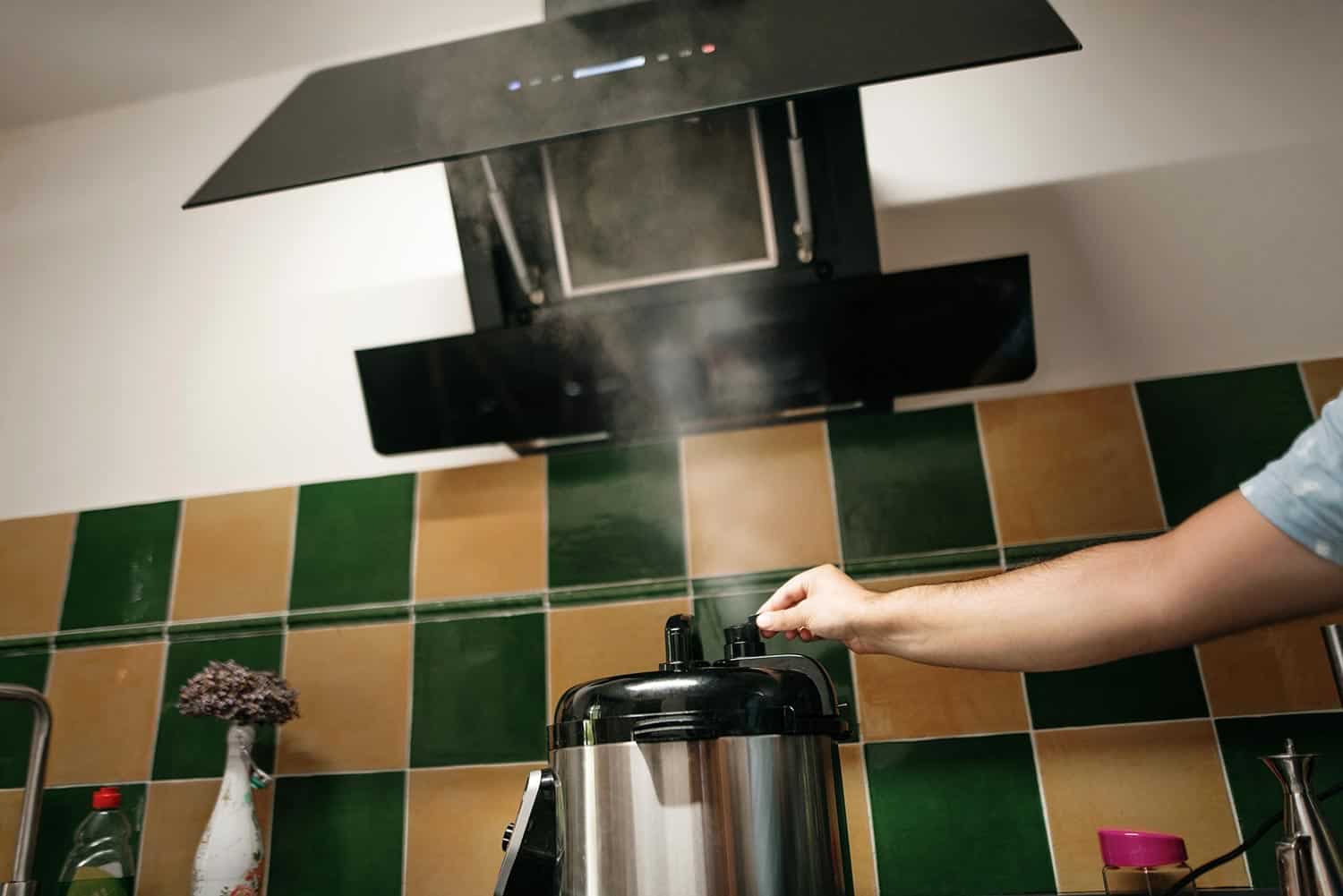 Your pressure cooker shouldn't release steam while it's operating unless it's coming directly from the whistle. If it does, it means that there is an issue with the gasket or lid, causing the steam inside the pot to leak out. The first thing to check is the lid.

You'll need to replace the gasket ring to prevent this. Luckily, gasket rings are relatively inexpensive, and you can buy one for about $12.

Check out this gasket ring set on Amazon.

Why is my pressure cooker not opening? 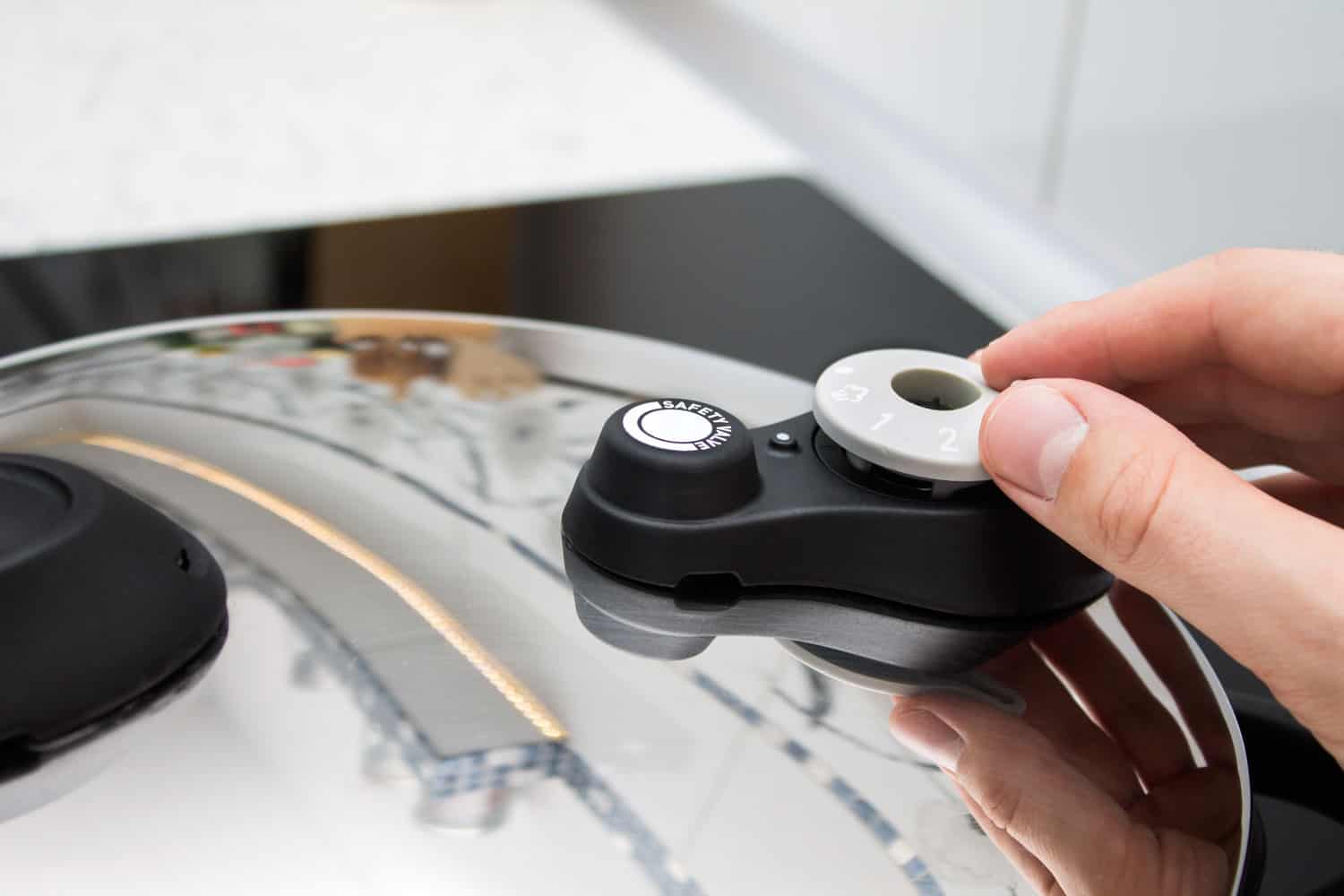 If the pressure cooker is not opening, chances are that you have a damaged gasket or dirty lid. Remember that pressure cookers see a lot of food, and it's common for them to stick from time to time. If the lid is not coming off, it may be due to food particles or dried liquid creating a seal on the gasket rings.

You can try pressing down on the lid. Sometimes a gentle amount of force can help release the vacuum seal of the pressure cooker. Once the cooker cools down, press down on the top center of the lid with both hands for about 7 to 10 seconds. Do this three times to see if this releases the lid.

We hope this post has helped explain the most common reasons why a Cuisinart pressure cooker may shut off and what to do if it does. Remember, always note the amount of liquid you're adding to the pressure cooker, and if you're having trouble with the lid sealing correctly, check the gasket ring to make sure that it's in good condition.

How Long Should Pressure Cooker Take To Pressurize?

Can You Use A Percolator On A Glass Stovetop?

KitchenAid Kneading Speed – What Should It Be?

Can KitchenAid Attachments And Bowls Go In The Dishwasher?