Onions contain natural sugars that caramelize when they're heated long enough. But how do you caramelize onions in the oven instead of on the stovetop? We've researched different ways to do this, and in this post, we will share a fail-proof method with you.

Here are the steps to caramelize onions in the oven:

Caramelizing onions adds to their versatility. Whether you're using the onions for pizza, tarts, or onion soup, you'll find that using the oven to caramelize them is a fairly quick way to get it done. Continue reading to learn how to do it. 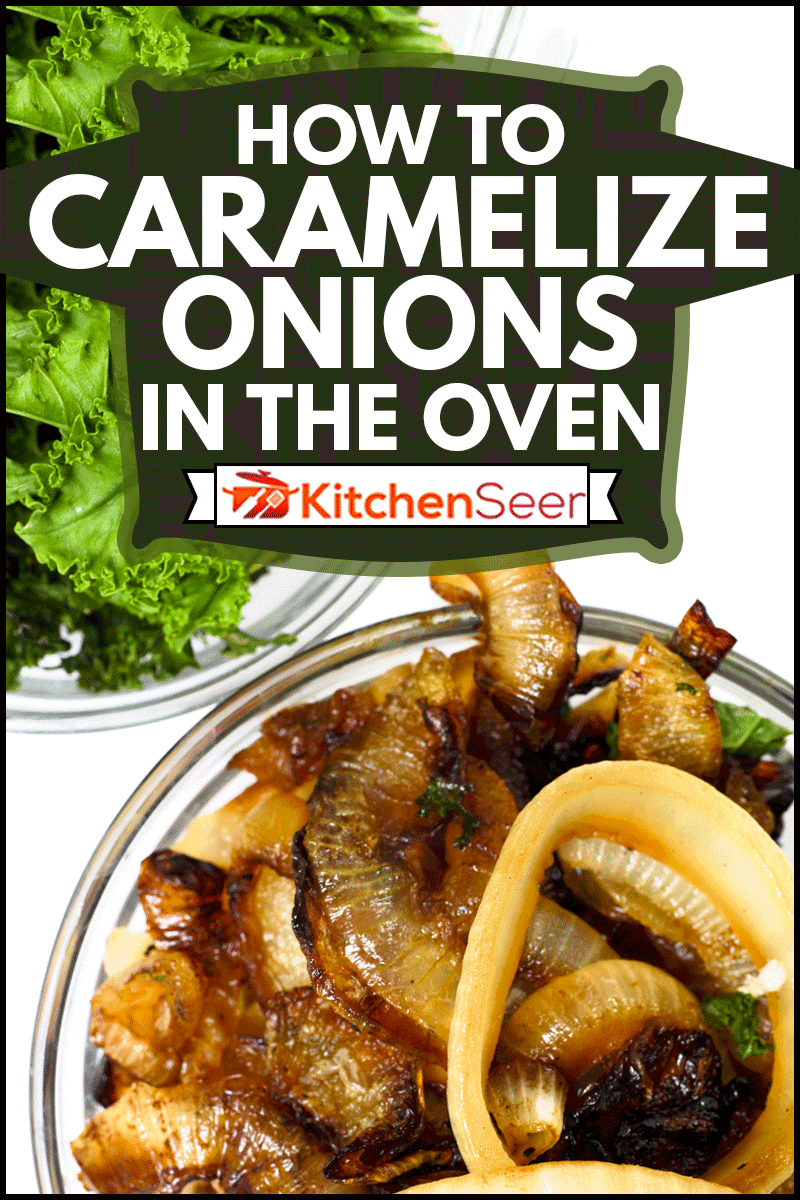 Steps To Caramelize Onions In The Oven

If you've been caramelizing your onions on the stovetop but need to do it in a big batch, using the oven is a great way to streamline the process. Rather than overcrowding a skillet, you can throw a bundle of onions in the stove to caramelize them in no time. Let's look at the how. 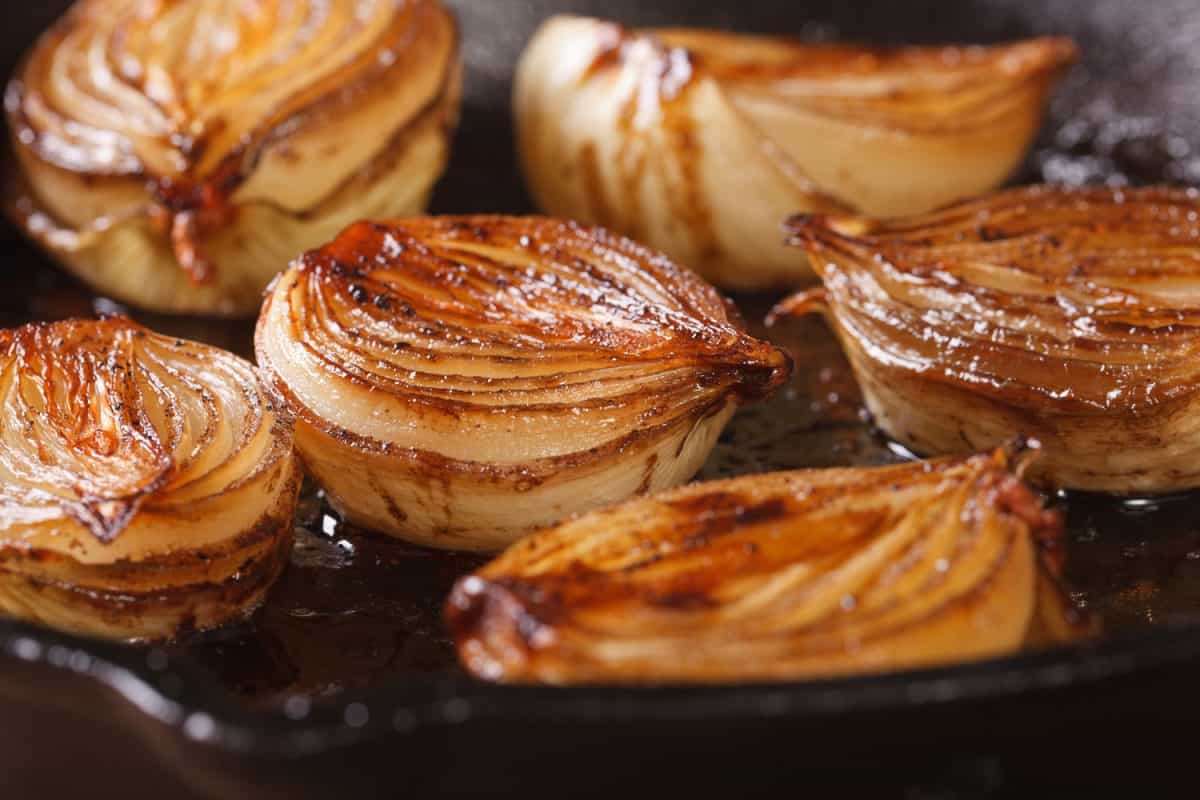 Start by preheating the oven to 350 degrees Fahrenheit.

2. Peel and cut the onions

Using a chopping knife, cut the onions into slices of 1/8 inches thick until you have enough to cover the entire baking sheet. Keep in mind that you don't want the onions to overlap too much on the baking sheet, as it will cause some to burn before the others have caramelized.

Check out this chopping knife on Amazon.

3. Place them evenly on a baking sheet

After you have sliced the onions, place them on the baking sheet. Be sure to spread the onions out as evenly as possible so they'll cook at the same rate. If you have onions leftover, you can place them in a Ziploc bag and store them in the refrigerator or the freezer to use at another time.

Check out this baking sheet on Amazon.

Next, take your butter or cooking oil and drizzle it over the top of the onions. Then using your hand, mix the onions up to make sure that they are all completely covered in the oil. This will speed up the caramelization process and bring out the rich flavor of the onion. Be sure not to oversaturate the onions with oil. If you have a medium-sized baking sheet, about 1/4-cup of oil should do.

Set a timer for five minutes to stir the onions, flipping them over so that both sides can brown evenly.

6. Remove them and add seasoning

After another five minutes have passed, re-check the onions to see if they've caramelized. Be sure to scrape the brown sappy residue from the bottom of the pan and mix it in with the onions. Next, perform a quick taste test to see if they're sweet enough for your liking. If so, remove them from the stove and add seasoning as needed.

Making them too thin

While butter can bring out the flavor in caramelized onions, it's also essential to use an additional oil to increase the smoke point. Butter can burn fairly quickly, and you don't want the onions to become charred before they have a chance to caramelize completely. Remember, the more fat in the pan, the more the onions are likely to fry instead of softening. There's nothing wrong with having a little brown crisp on the edges of the onions. But remember, the main goal is for them to cook down before they brown.

Placing too many onions on the stovetop or cooking sheet

Take a look at this cooking skillet on Amazon.

Cooking at the wrong temperature

Don't forget to use a spatula to scrape the bottom of the skillet or baking sheet to take advantage of the glazed and brown bits of the caramelized onions. This flavorful liquid can be used to make vinegar, wine, stock, and you can add it to other dishes. The more the onions absorb this liquid, the better.

Learn more about this spatula on Amazon.

What temperature do onions caramelize?

Most onions tend to caramelize at a temperature around 300 to 350 degrees Fahrenheit. The sugar in onions melts at this temperature, causing them to turn brown and wither.

What is the best pan to caramelize onions?

Most chefs will tell you that a cast iron or steel pan is the best pan to caramelize onions. The reason why non-stick pans aren't ideal because they may not cook as evenly, and some models may begin to peel over time with extended use. Steel and iron pans distribute heat evenly, helping the onions quickly and evenly. These pans are also perfect for scraping up the browned build-up that sticks to the bottom without worrying about scraping off the non-stick layer of the pan.

How long does it take for onions to caramelize?

What onions are best for caramelizing?

It depends on the dish for which you're preparing the onions. The most common onions used for caramelizing are sweet, yellow, white, red, and shallot onions. These onions range and flavor from mild to tangy and provide a rich and sweet flavor when they're caramelized. However, you can caramelize any onion.

How do you tell if onions are caramelized?

The biggest sign that the cooked onions have caramelized is when they appear much darker than their original color. The onions should have shrunken down in size, and they'll appear very limp with brown crispy edges. It's also helpful to perform a quick taste test, as the onions should taste mild and sweet instead of spicy and tangy.

What color should caramelized onions be?

What do you put caramelized onions on? 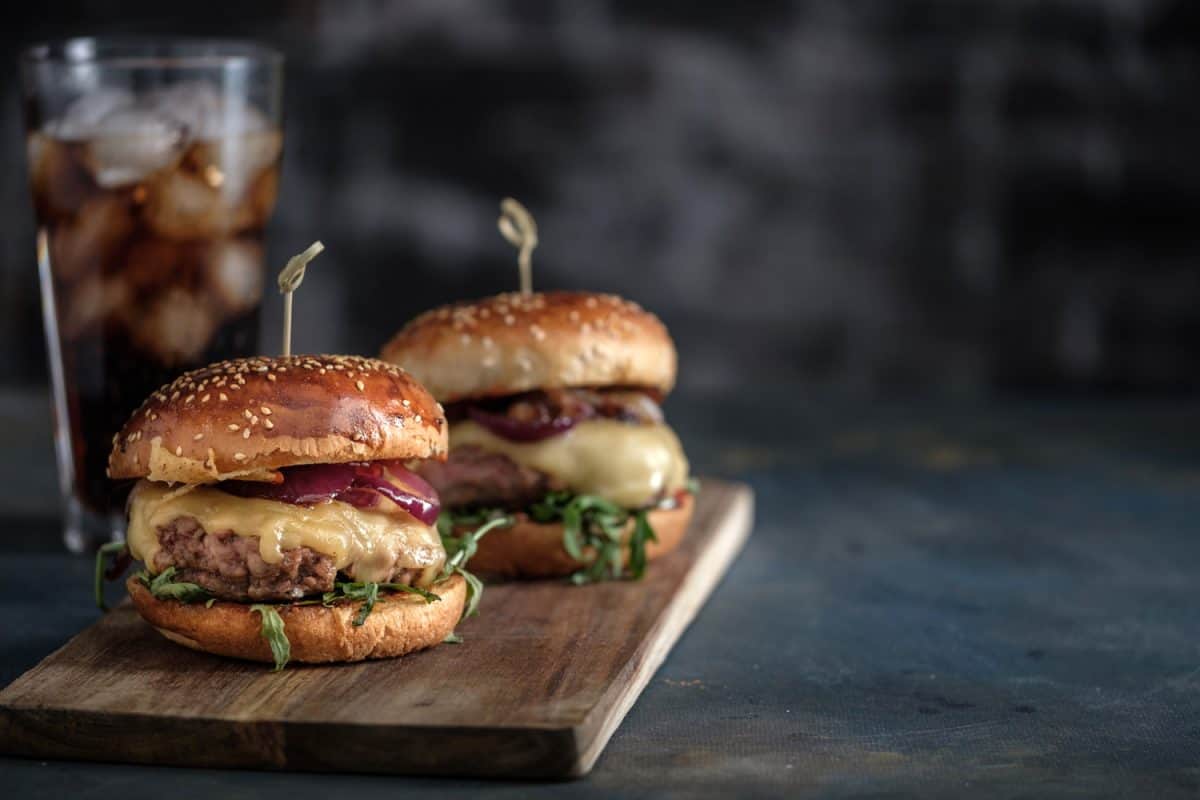 There are several ways to make use of caramelized onions. Here are a few popular ones.

Caramelized onions make for great sandwich toppings for deli-style sandwiches and hamburgers. The sweetness adds the perfect contrast against the meat, making them almost seem like a delicacy.

They're also commonly used on gourmet pizza to help bring the flavor out of the cheese and meat. If you're a pizza lover and happen to feel a bit fancy one day, consider adding caramelized onions to top off your pizza. You'll be surprised at how robust the flavor will be.

Appetizers are another common dish in which caramelized onions can play a starring role. Consider tossing the onions on top of bruschetta or cheese wedges for additional flavor or even sprinkling them on top of your favorite cheese dip. 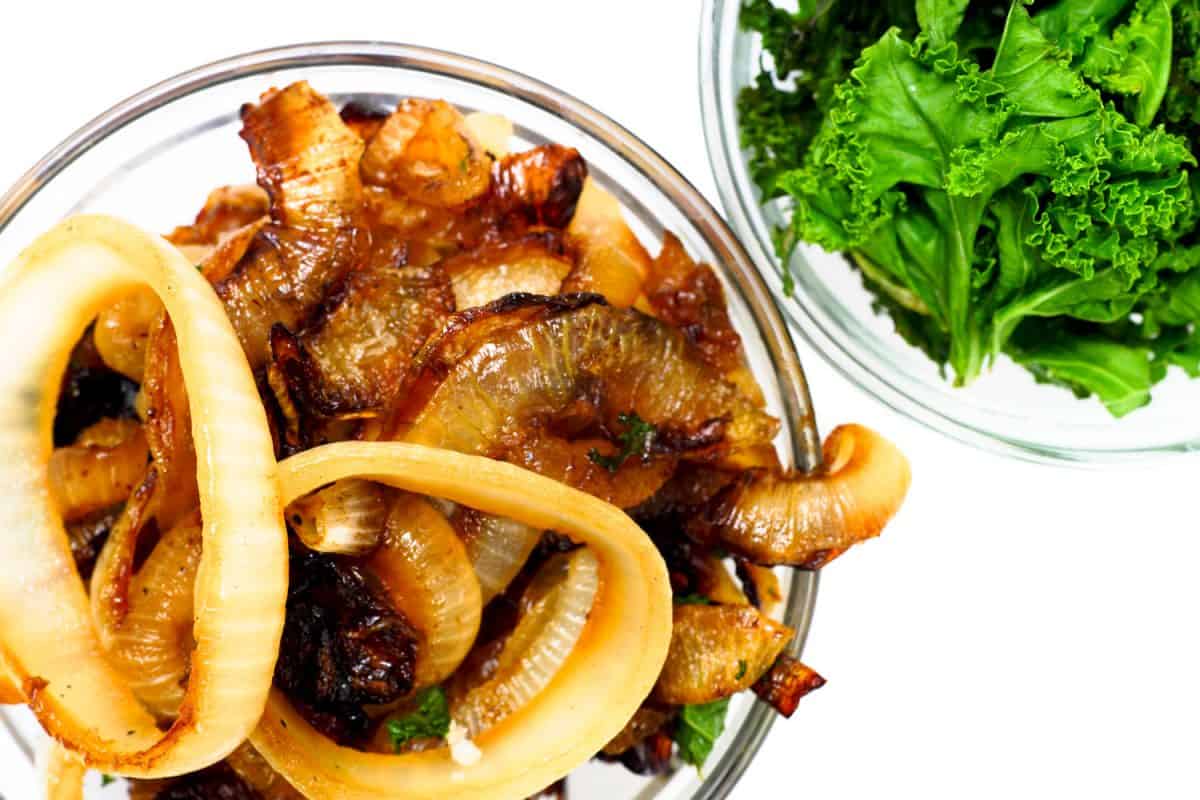 We hope that this post has helped illustrate how to cook caramelized onions in the oven. Remember, it's best to check on the onions every five minutes to ensure that they don't burn.

How To Easily Remove A Bundt Cake From The Pan [4 Methods To Try!]

How To Slice Bread Without A Bread Knife