Although it is technically possible to use milk in a coffee percolator, it is not ideal. Mainly, the percolator becomes difficult to clean since milk film can be left behind in the central tube and basket/filter. Lingering milk film encourages bacteria growth inside the percolator. Additionally, milk potentially curdles when heated, which can clog the percolator and disrupt its use.

Coffee percolators continue to be a useful coffee-making tool, and milk will always be a popular addition to coffee. But keep reading to learn why you shouldn’t brew coffee with milk, how it interacts with other coffee makers, and how to properly clean your percolator. 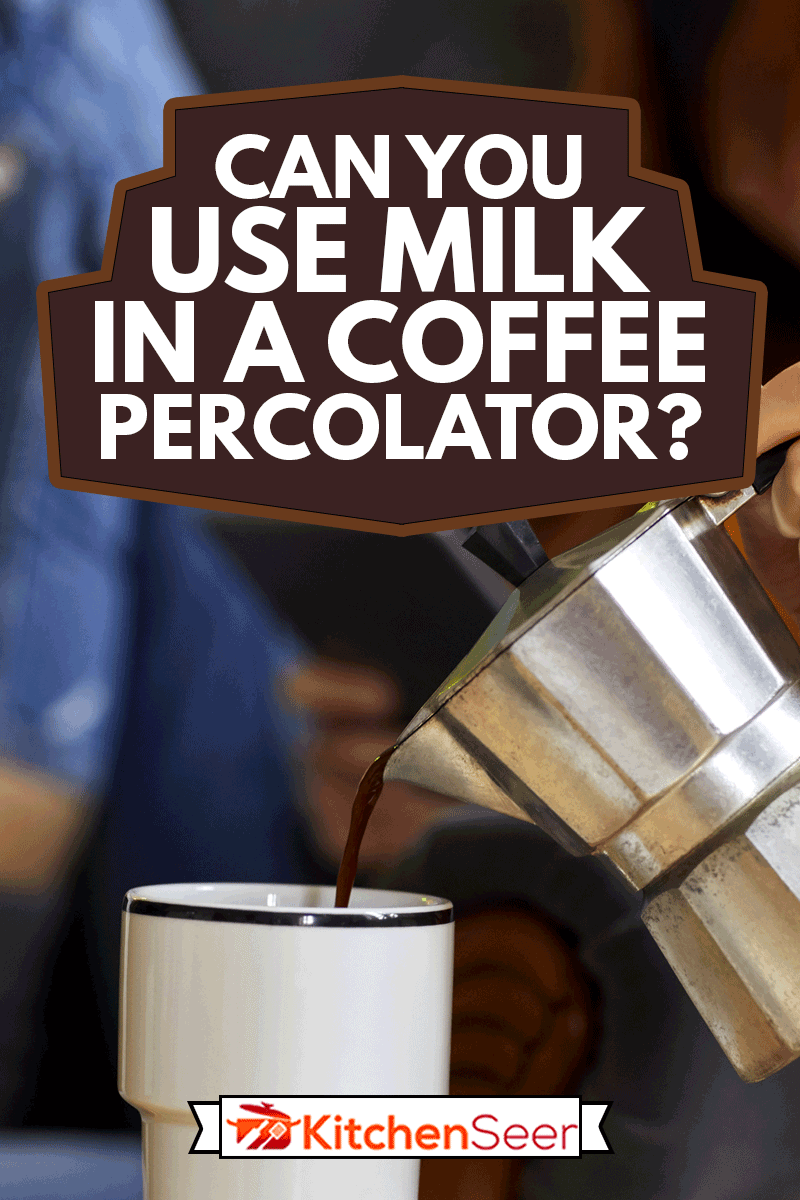 Can you put milk in a coffee maker instead of water?

While you can technically put any liquid in a coffee maker, the system is designed to use water, in particular. Using milk instead could result in an unhealthy or poor-tasting drink --and could damage your appliance.

This is because milk includes unique proteins. When milk is heated, the water in the liquid evaporates. Milk contains very high quantities of water. Once evaporated, the water will combine with the proteins and other molecules like fat to create an unwanted film.

Milk film tends to stick very well to coffee makers. Also, because milk can curdle, it has the potential to clog the inner workings of most conventional drip coffee makers.

Most importantly, the milk film may actually go unnoticed over time. That’s because making coffee is generally an everyday routine, and cleaning the coffee maker isn’t always practiced accordingly. If the residue of the milk is left unchecked, bacteria can slowly develop.

One of the potential threats is mold, which is known to cause serious health issues. The Centers for Disease Control have warned that the mold fungus is known to inflict a range of symptoms, especially for those who might be allergic or otherwise sensitive. Mold is especially problematic for people who already have respiratory conditions.

Since adding milk afterward is always possible, it is completely unnecessary to use it for the brewing process. It will not save time, and it can potentially create problems for you and your coffee maker or percolator.

You can read the post “Coffee Maker Vs Espresso Maker Vs French Press - What Are The Differences?” to learn how different coffee makers work. 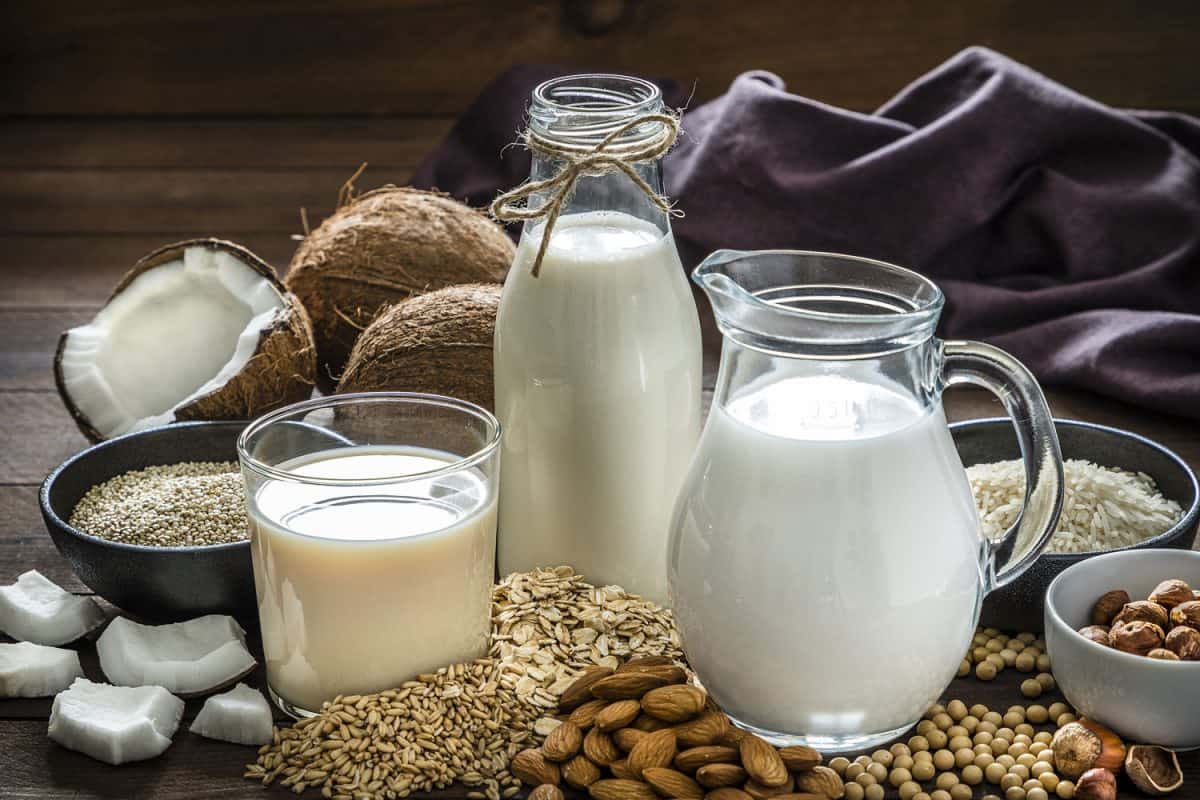 What happens when you brew coffee with milk?

A coffee percolator uses heat to boil a basin of water. The boiling bubbles force water up a central tube so that it pours over the coffee grounds in the basket beneath. Water seeps through the grounds, filtered through the basket, and into the basin until you have a brewed pot of coffee.

If you percolate with milk instead, you will essentially be boiling milk and running that through your coffee grounds. This is sure to alter the taste of both your milk and your coffee. Sometimes, it can even produce a bad smell.

The texture of your coffee is also subject to change. Consider how much just a small amount of milk can change the flavor of coffee when added after the brew. This consistency change is noticeable enough for everyday consumers, but coffee enthusiasts who enjoy specialty drinks will be especially disappointed.

Can you steep coffee in milk?

There are multiple ways to steep coffee, which simply means that you let coffee grounds soak with hot water and then separate the two. But the most popular tool for steeping is a French press, sometimes called a plunger.

That’s because the French press actually has a built-in plunger. This allows you to shove all of the coffee grounds down, separating them from the boiling water after they’ve steeped long enough.

Click here to see this French press on Amazon.

This process is not ideal for steeping coffee grounds in milk. That’s because milk will not absorb the coffee ground flavors in the same way as water. Milk contains fat, which will alter the pace of distribution. But the milk will also alter the typical temperature of a French press, making it difficult to know when the drink is actually ready to serve.

As a result, you can potentially end up with an unusually bitter taste. Also, determining the correct ratio between milk and coffee grounds to produce a decent-tasting drink requires a lot of trial and error.

And there is no general rule for using milk because you still have to worry about the fat it contains. The milk can still cause some kind of clog in the French press system, including the filter in particular.

Because steeping coffee for a cold brew does not involve boiling the water, it may sometimes be possible to use milk for that process. But although you would likely avoid the many issues from curdling milk, it would still be difficult to discover the ideal taste.

How to clean a percolator

Even when you use the coffee percolator correctly, it will develop natural grime from coffee grounds and lingering water. It is sometimes possible for these to resist ordinary dish soap and become larger issues.

Also, because percolators are used outdoors with a simple campfire, they can be filthier than ordinary coffee makers. You can read the post “How To Use A Campfire Coffee Percolator” for tips on using the percolator outdoors.

Each of the more popular cleaning methods involves baking soda. You can add three to four tablespoons of baking soda and cycle water as if brewing to clean the entire percolator. Others suggest using an equal ratio of both baking soda and vinegar when you run the brewing cycle. Some people also suggest adding a little salt to remove odors.

Rather than run through a brewing cycle with water, you can gently scrub the percolator with a wet, soft-medium bristle brush and baking soda. Always unplug the percolator before cleaning electric models, and use caution not to wet the base of the appliance.

It is also possible to use commercially sold cleaners designed for percolators and other coffee makers. They will specifically remove rancid oils, buildup, and stains.

There are multiple brands and solutions. But it is typically a packet of formula that has already been measured appropriately for you. When mixed with water, it can be run through a brewing cycle to effectively destroy unwanted tastes and residue.

Click here to find this coffee pot and percolator cleaner on Amazon.

Although this can be more costly, most commercial cleaners will be safe for many types of coffee makers and materials such as china or aluminum. Baking soda can potentially damage the gold plating on china or cause discoloration on aluminum when it oxidizes. 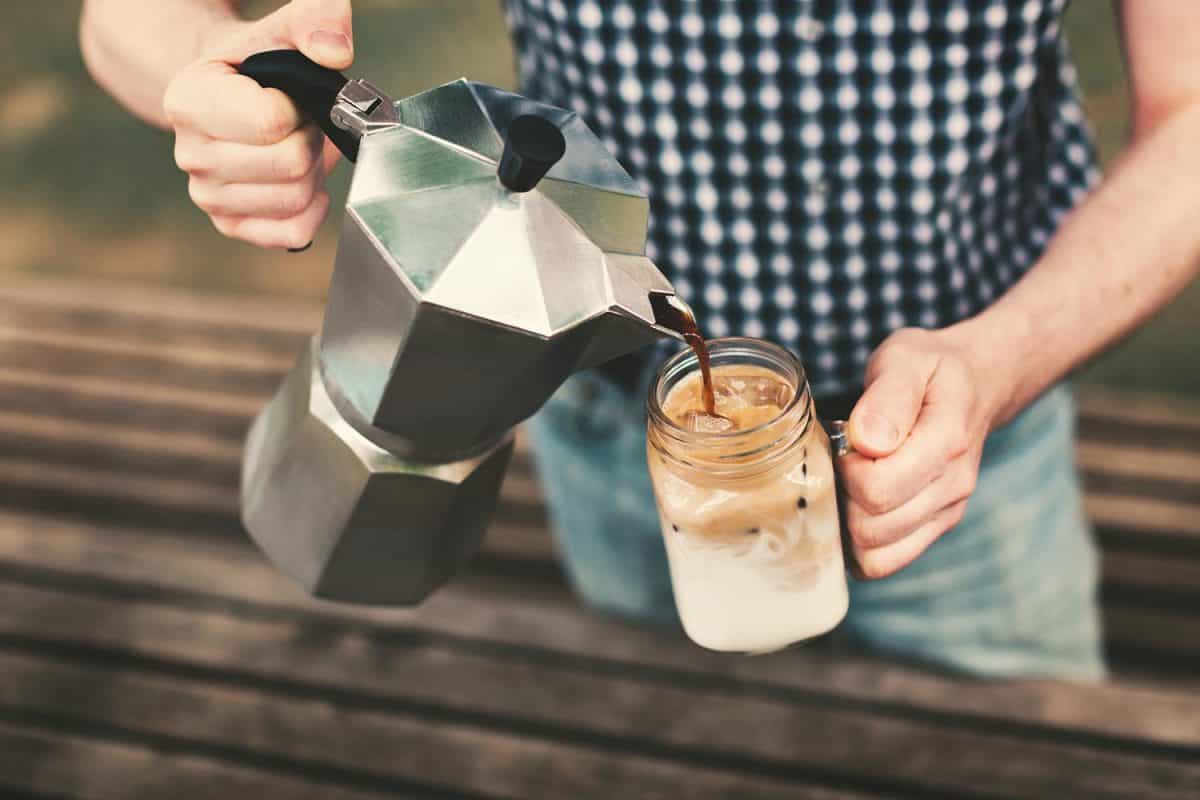 Coffee percolators are old-fashioned, but because they function effectively, they are still found in kitchens today. Still, no matter how much you enjoy milk in your coffee drinks, it is never a good idea to run milk through a coffee maker.

The brewing process has been altered and perfected for many generations, but it always uses water. Using alternate liquids may sound like an amusing experiment, but you might just damage your coffee maker or cause harmful bacteria.

How Long Does Crock Pot Take To Heat Up?

Can KitchenAid Attachments And Bowls Go In The Dishwasher?