Sometimes, we find ourselves in a situation. For example, let's say you have a lot of hot food leftover. However, you want to save it for a later date. Would it be fine to put it in the freezer straight away? If that's your concern, let's go over the details!

Freezers won't handle high temperatures well. Their purpose is not to lower hot temperatures. What's more than that, you're creating a different environment inside than desirable. So, if you'd like to learn more about the topic, keep reading. 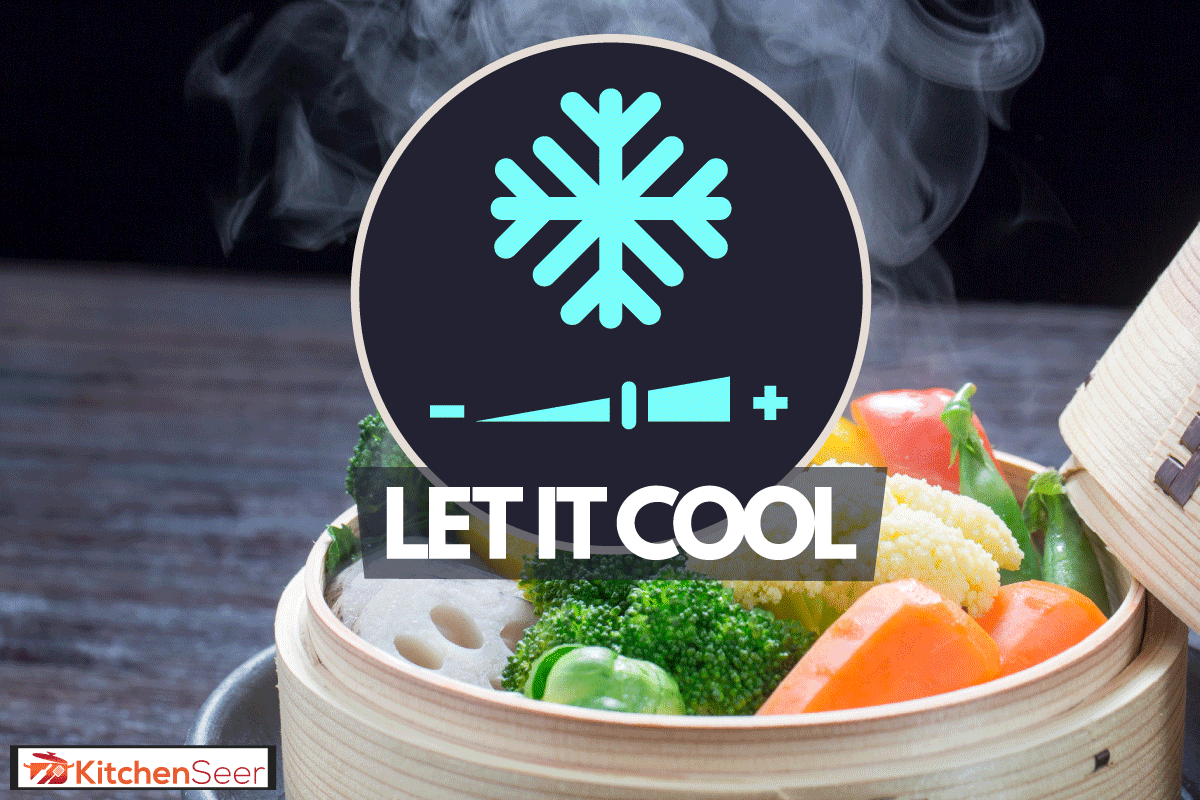 A freezer preserves food by keeping it at very low temperatures. Typically, a freezer will run at 0 degrees Fahrenheit or lower. At this temperature, it stops most bacteria from growing.

There are some ways to check if your freezer is running at the correct temperature. The first sign is a mostly frost-free surface. An excess of frost on the interior means the temperature is too low. 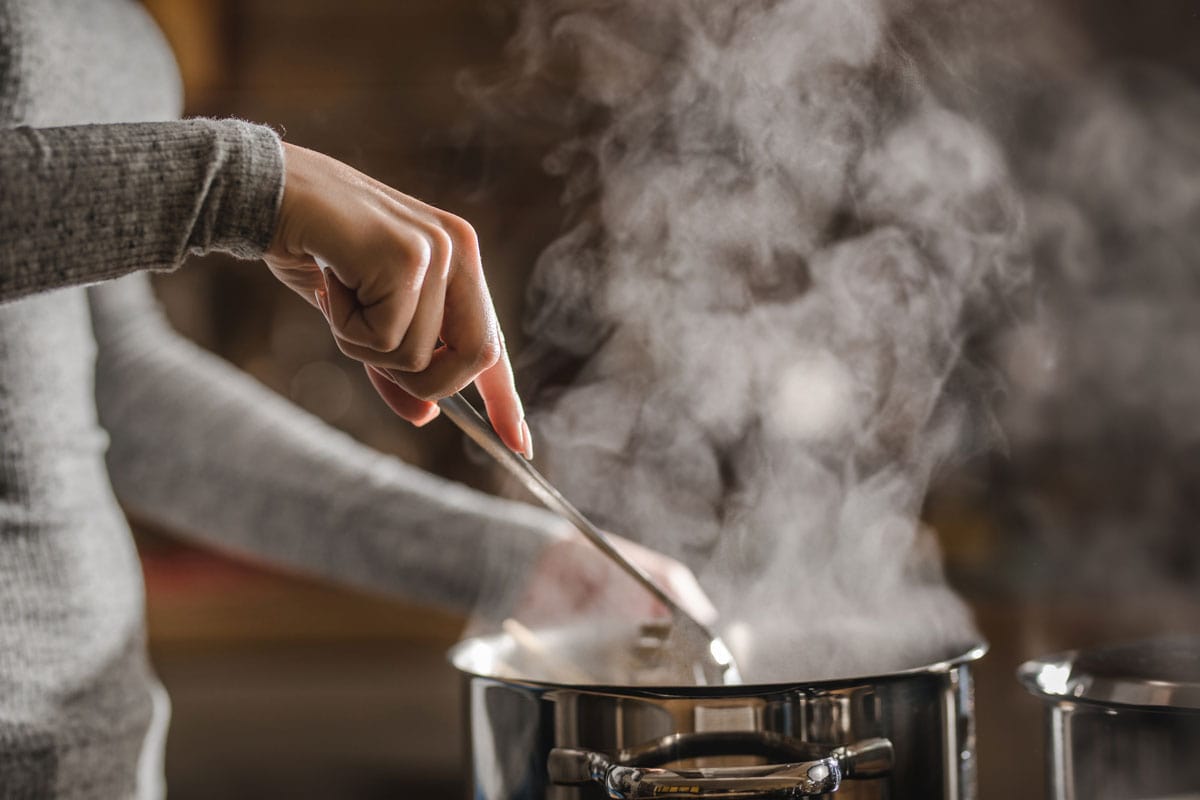 Foods like ice cream should also stay solid. If it's not, the temperature is too high. Lastly, foods won't have freezer burn. These three indicators tell us that your freezer is working as it should.

What Happens If You Store Hot Food? 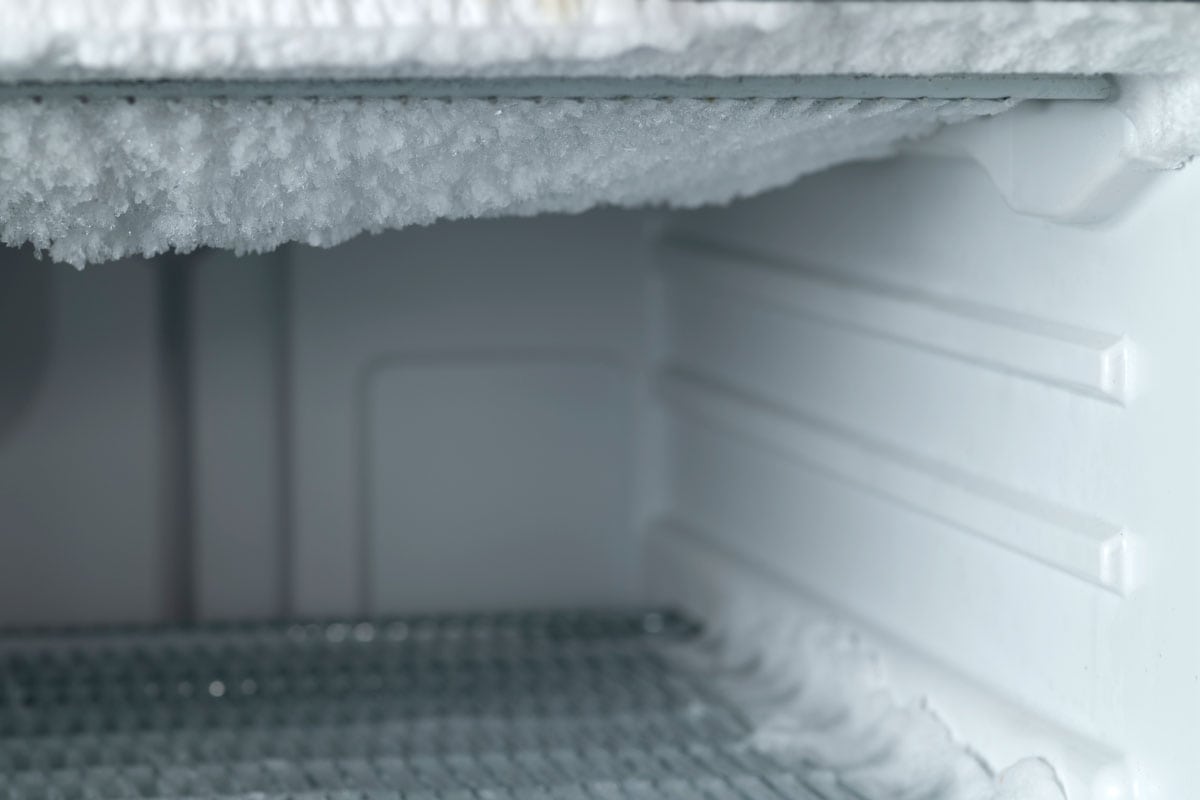 Now that we know how a freezer operates, it leads us to the next point. What happens if you put food inside, while it's still hot? You'd have to think about how the difference in temperatures will react.

The food is still hot, and the freezer is cold. When those two conditions meet, it creates steam. As a result, you create an environment with fluctuating temperatures.

Since the food is still hot, it will partially thaw foods within its vicinity. It's also going to take some time for it to cool. In the meantime, the steam will introduce moisture inside.

Once the steam cools, it will form frost. A little bit is not a huge concern. But, if you let too much form, it can be a problem.

However, frost isn't the biggest concern. It's the temperature increase that makes many recommend against storing food in the freezer while it's still hot. You also have to keep in mind the purpose of a freezer. It's there to keep items frozen.

The freezer's purpose is not to make hot temperatures lower. The fridge would be a better option to accomplish that. When you introduce a higher temperature in the freezer, you're only making it work harder.

So, that's going to overwork the compressor. Nothing will happen if this doesn't happen all the time. But, doing this often will shorten the lifespan of the freezer.

As we mentioned, hot food will partially thaw nearby foods. When this happens, it puts them in the danger zone. So, if there is an increase in the temperature of other foods, it increases the chance those foods will grow bacteria.

According to the USDA, bacteria begins to grow rapidly at 40 degrees and 140 degrees Fahrenheit. That momentary change in temperature with enough time lets bacteria grow. Bacteria can double in number in as little as 20 minutes.

Let's wrap up the problems that hot food can bring to a freezer. First, the hot food will create temperature fluctuations inside. Problems start because it partially defrosts other items and makes the freezer work harder.

Second, the steam from the hot food will create water droplets inside. Once it cools, it forms frost. Small amounts of frost aren't problematic. However, enough buildup over time can create problems.

Finally, the temporary defrosting of foods creates an environment for bacteria grow.

How To Store Hot Food In The Freezer? 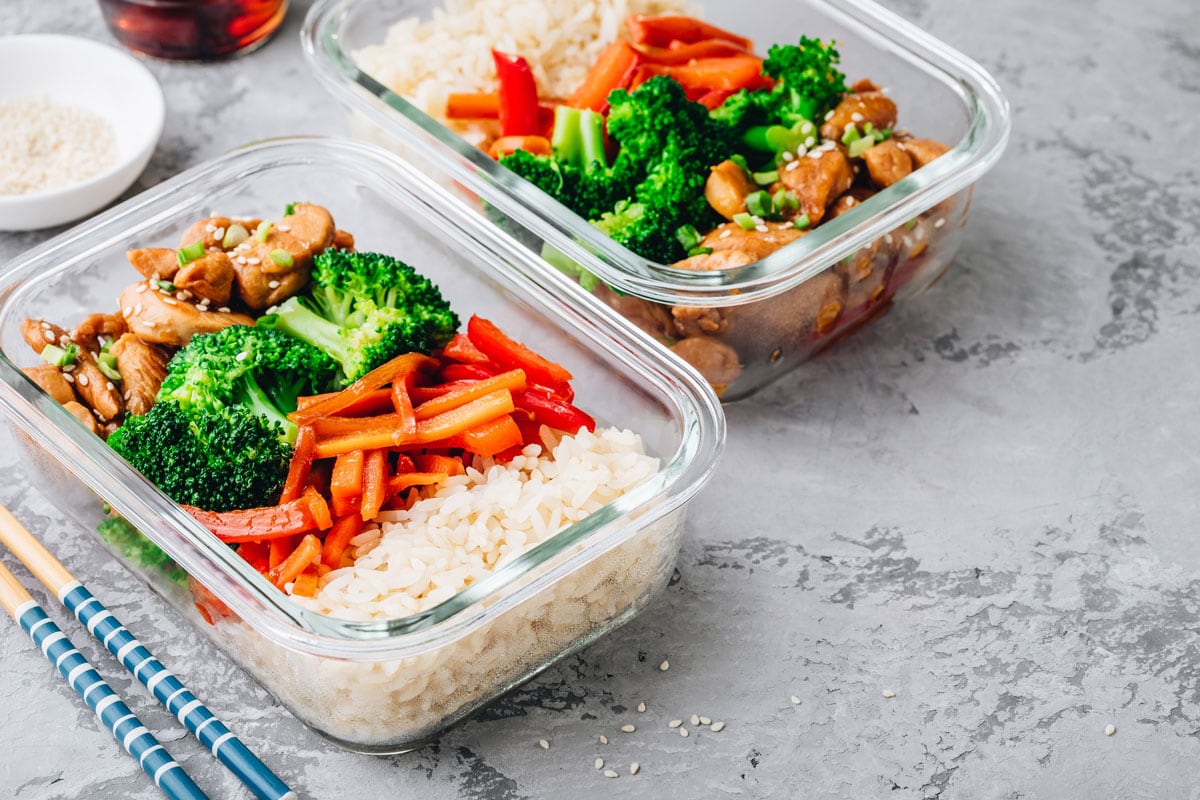 We have a clear picture of what could happen if we introduce something hot to a cold environment. Does that mean you can't place hot food in the freezer? No, not exactly.

Since we don't want temperature fluctuations, you should let the food cool down first. You can do this in one of two ways.

The first way would be to leave it at room temperature. It's a convenient way of letting it cool down. However, you shouldn't leave food outside for over two hours. Otherwise, you're leaving room for more bacteria growth.

The other way to cool down your food requires a bit more work. However, you can do it immediately! If you're storing a small amount of food, put it in a container and cool it in the fridge. Once it's cool enough, transfer it to the freezer.

If you have a large amount of food like roasts or big pots of chili, make sure you divide it into smaller containers. Also, don't forget to refrigerate it as soon as you can. Of course, once it's cold enough, you can transfer it to the freezer.

An Alternative Way To Cool Your Food

Sometimes, we don't have enough space in the fridge. So, dividing the food into small containers might not work out. But you still have more options.

If it's a small batch of food, give it an ice bath. You can cool large amounts of food by running the pot under cold water. Don't forget to dry the containers when it's ready to go into the freezer.

Keep in mind, stirring helps food cool down because it speeds up the process of convection. When you stir something, you're bringing the hottest liquid from the bottom to the top.

Can You Put Hot Food In The Fridge?

When you have leftovers, the fridge is the first place we think of for preservation. We're all familiar with why foods shouldn't be out at room temperature for too long. Bacteria grow during that period.

If we're not careful, the result is food poisoning. No one wants to be bedridden for days from a preventable mistake.

Yes, you can place hot food in the fridge. However, how you do it still matters. A small amount of food is not hot enough to make a difference in the environment. So, it's possible to refrigerate it immediately.

It's a different case when you're dealing with large amounts. The temperature difference between the food and the fridge is enough to cause a temperature fluctuation. Therefore, you're putting other foods in the danger zone.

So, it's best to divide it into small portions. You'll mostly have to be careful with large amounts of food. Otherwise, it's safe to refrigerate hot food immediately.

What Are The Foods You Can Freeze? 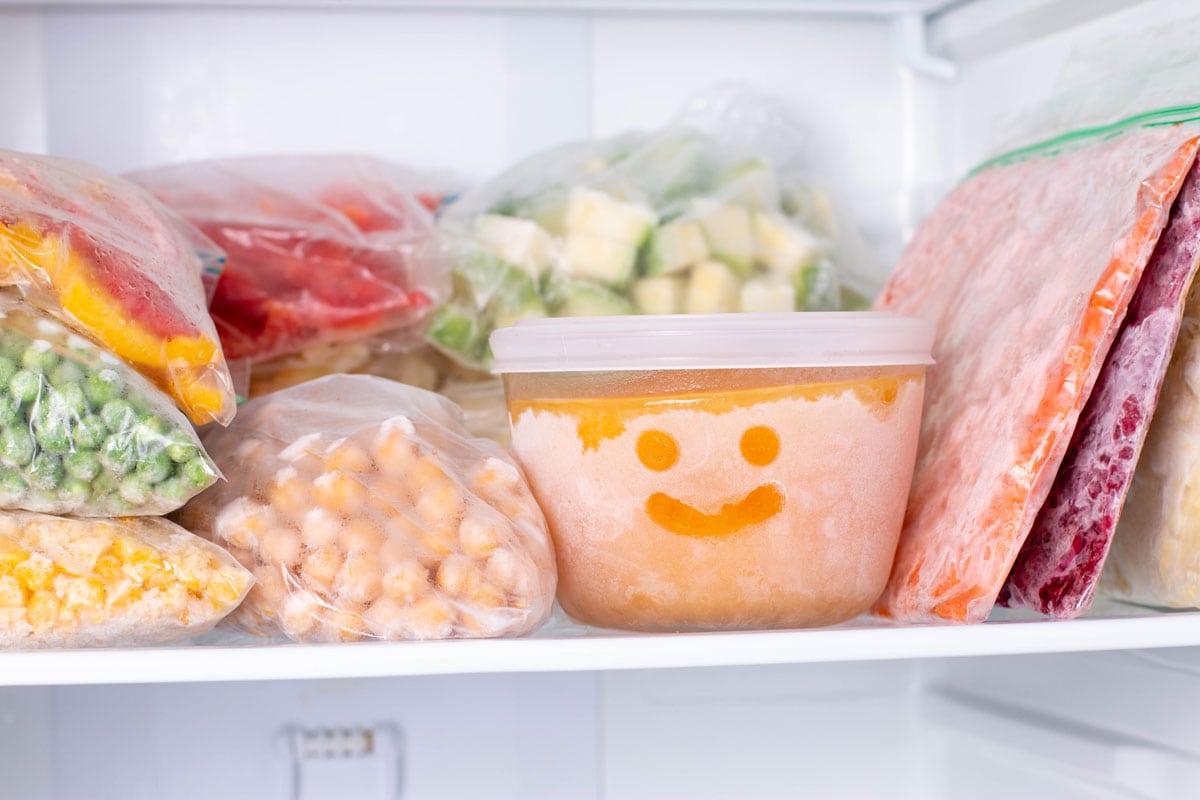 Freezing leftovers is a good way to extend their shelf life. However, be picky about what you're freezing. For example, it usually isn't a problem freezing cooked meat.

However, it may degrade faster than raw meat. So, you'll want to use up cooked meat sooner to preserve the quality and flavor as much as possible.

Another item to look out for is vegetables. Sometimes, we use vegetables near their expiration date to avoid wasting them. Freezing it afterward might be a way to prolong its use.

But be careful after you thaw it out, as it's more likely to be too gross to consume. Therefore, if you plan on freezing a dish with vegetables, it's better if they're fresh.

However, some vegetables react differently to the cold, especially vegetables with a high water content. Be careful about vegetables like lettuce, arugula, and spinach.

In most cases, they turn gooey and mushy when you finally thaw them. So, if you don't want to consume mush, leave them out of the freezer.

One more factor to consider before freezing your hot food is the type of sauce it uses. Emulsion sauces won't react well to the cold because they can freeze. Also, the results aren't too visually appealing.

The ingredients in some sauces will break down when they're frozen. They might separate, which makes the sauce look less appetizing. So, if your dish contains hollandaise or mayonnaise, refrigerate it instead.

Tips To Freeze Your Foods Effectively

Now, we know not to put hot foods inside a freezer. Once it's cool, it's safe to freeze. Of course, you can follow the methods above if you want to cool your food quickly.

Apart from that, here are other tips you can use. The first tip is to reduce as much air exposure as possible. Depending on the food, it's best to wrap it well before placing it in a freezer bag.

Second, you want to make sure you use up the food within a certain amount of time. So, label the containers and freezer bags. Using labels makes it easy to tell what foods you're storing and when you've stored them. 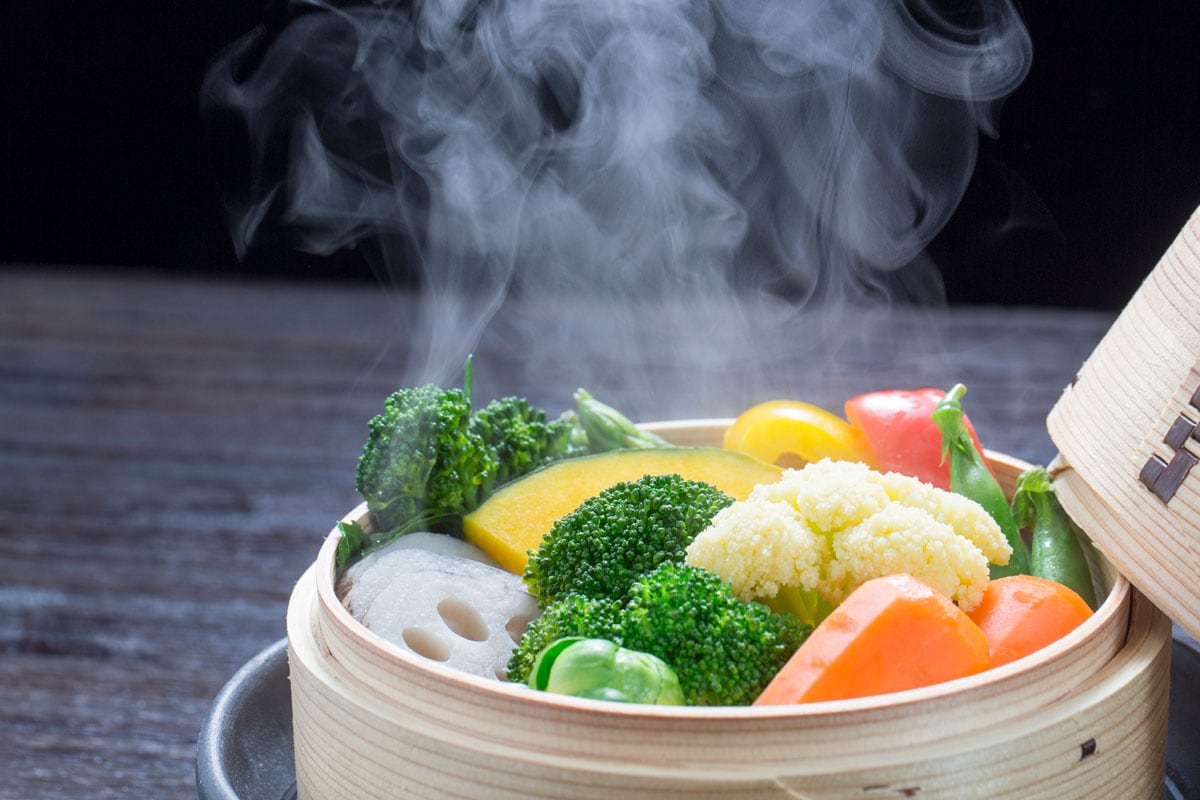 So, we've learned, large batches of hot food can be troublesome to a freezer. And it matters how you cool and store food. Ideally, it's best to divide food into smaller portions before you freeze them.

We hope you found the information above helpful! Before you go, do you have other freezer concerns?

Do you need help removing frost from the bottom of a freezer? To learn more, check out:

How To Remove Ice From Bottom Of Freezer?

Is your freezer thawing and refreezing? You can find out why in our post:

Why Does My Freezer Thaw And Refreeze?

What Size Pan Is Best For Lasagna?

Can You Cut On A Marble Cheese Board?

Should A Stockpot Be Covered?