Have you ever arrived home at the end of a tough day ready for some comfort food, only to find you're out of butter for that box of macaroni? Yeah, we've been there, too. Understandably, your next question is can you prepare mac and cheese without butter? Well, grab your pasta and a pot because our research has cooked up some gooey answers for you!

While that yellow stick of fatty goodness adds a savory note and extra texture, butter is not required to make your macaroni and cheese. It has very little to do with the cooking process. You can use several yummy- and even healthy- alternatives, such as margarine, sour cream, and even unflavored yogurt.

So, what are the most common butter substitutes? What happens if you don't put butter in mac and cheese? Can you use water instead of milk in boxed mac and cheese? Keep reading to learn some ways to kick that lifeless bowl of macaroni up a notch! 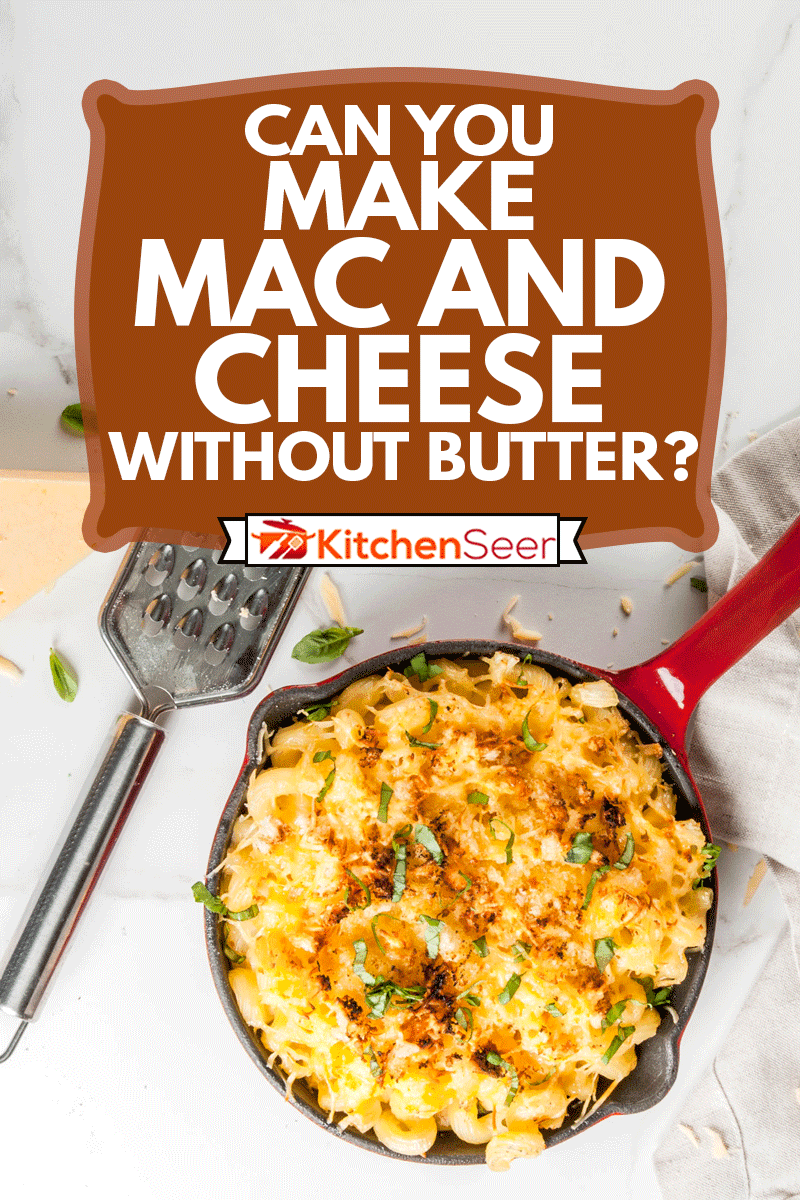 Since butter isn't necessary to whip up a box of mac and cheese, there are some creative options available if you find yourself without it. Let's take a bite out of the most popular ones.

If you're looking for a healthier choice, margarine is a prime pick. It shares a similar rich taste and creamy texture with butter. However, this product contains less saturated fats and cholesterol because it is derived from plant oils rather than dairy. You can find low-fat and salt-free variations of it in stores, as well. 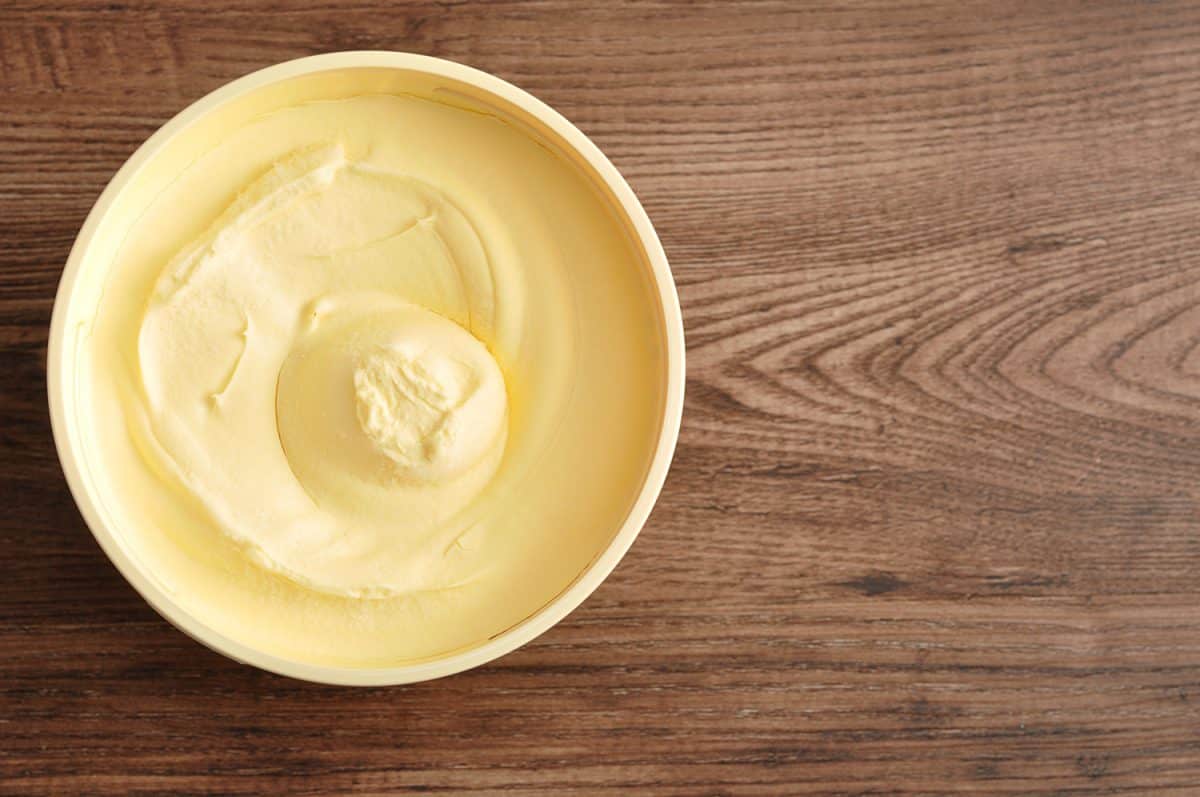 Any baked potato lovers in the audience most likely already have this goodie in the fridge. Using sour cream in your boxed noodles can replace both the milk and any butter! The result will be a rich, creamy dish with a small bit of tang. Remember, though, that it's also high in fat and calories, so don't go overboard. Four tablespoons per box is a good goal. 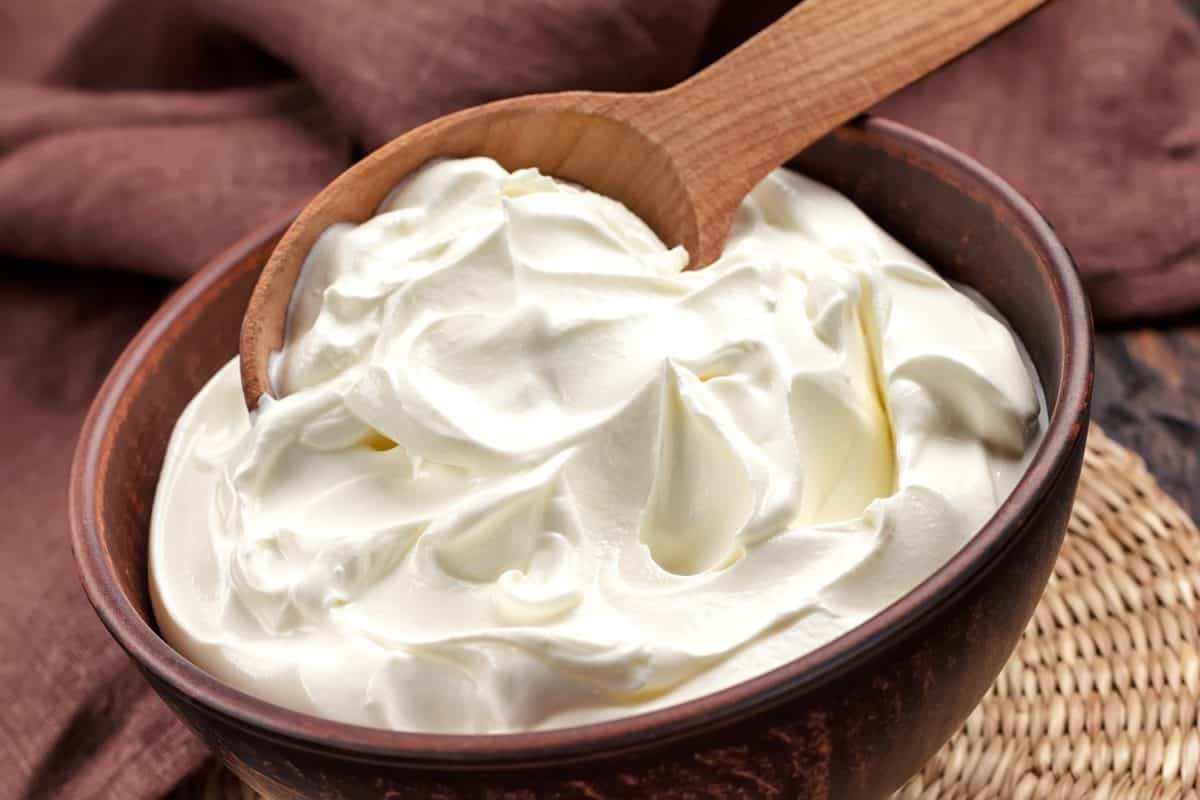 While this one sounds weird, it's not uncommon to find people that love mayonnaise as a no-butter option. It's similar to sour cream in that it's fat-dense, but mayo finishes with a slight sour bite. It can make for a gooey meal but is usually seen more in baked macaroni than the stovetop version. 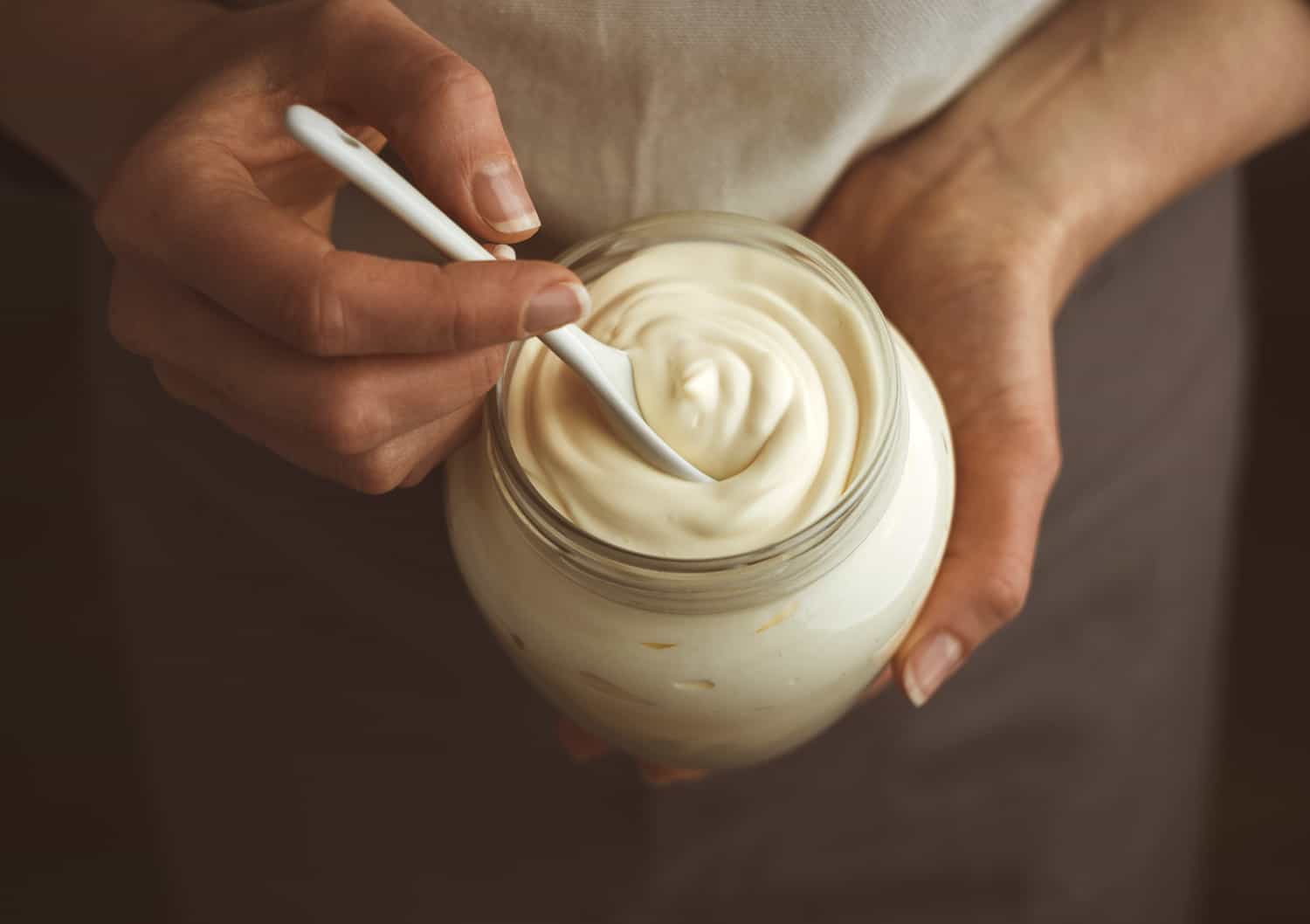 Another way to get super creamy mac and cheese is by adding plain, unflavored yogurt. Greek yogurt is high in protein and makes for a particularly luscious meal. If used, it really thickens up the consistency. Your taste buds will get a hint of zest, and you can skip the butter and milk when you utilize this ingredient. You could also go with a fat-free version. 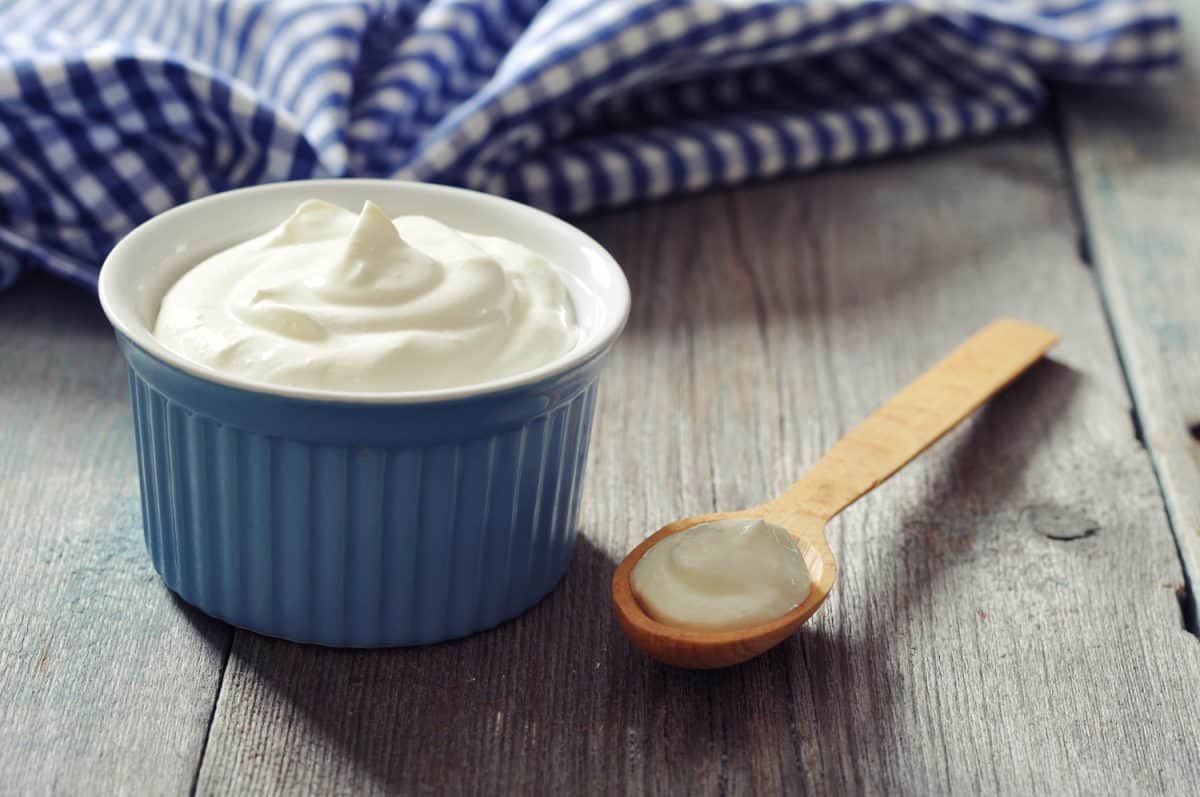 There can never be too much cheesiness in this type of grub, right? Well, replacing milk and butter with cream cheese makes a great dish even more delectable. It's ultra-creamy, fatty, and adds a light, almost sweet effect. Like most of the calorie-laden items on our list, you'll want to be careful not to overdo it. 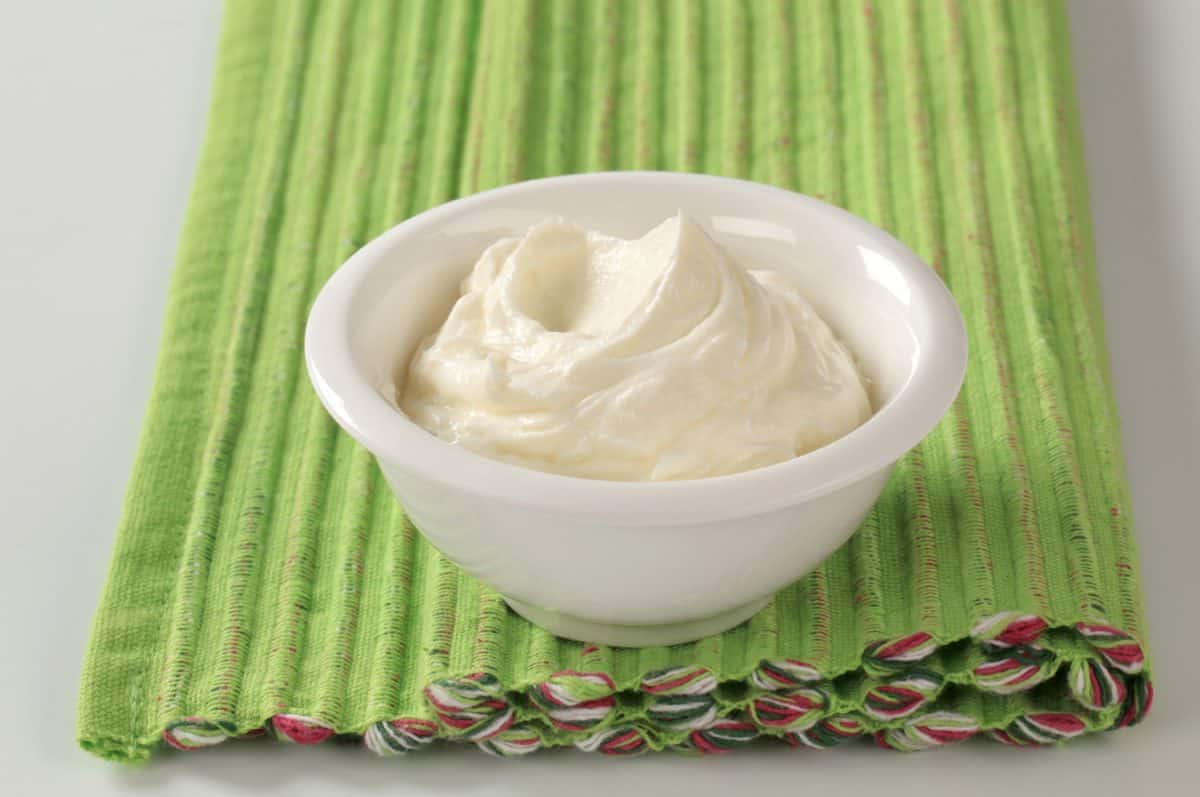 Heavy cream is another milk product. It's high in fat content, so it works well as a substitute here. It is so fatty that it is less liable to curdle when exposed to your sauce's warmer temperature than some dairy. Your pasta dish will feel extra hefty in your belly if you cook with a cream like this! 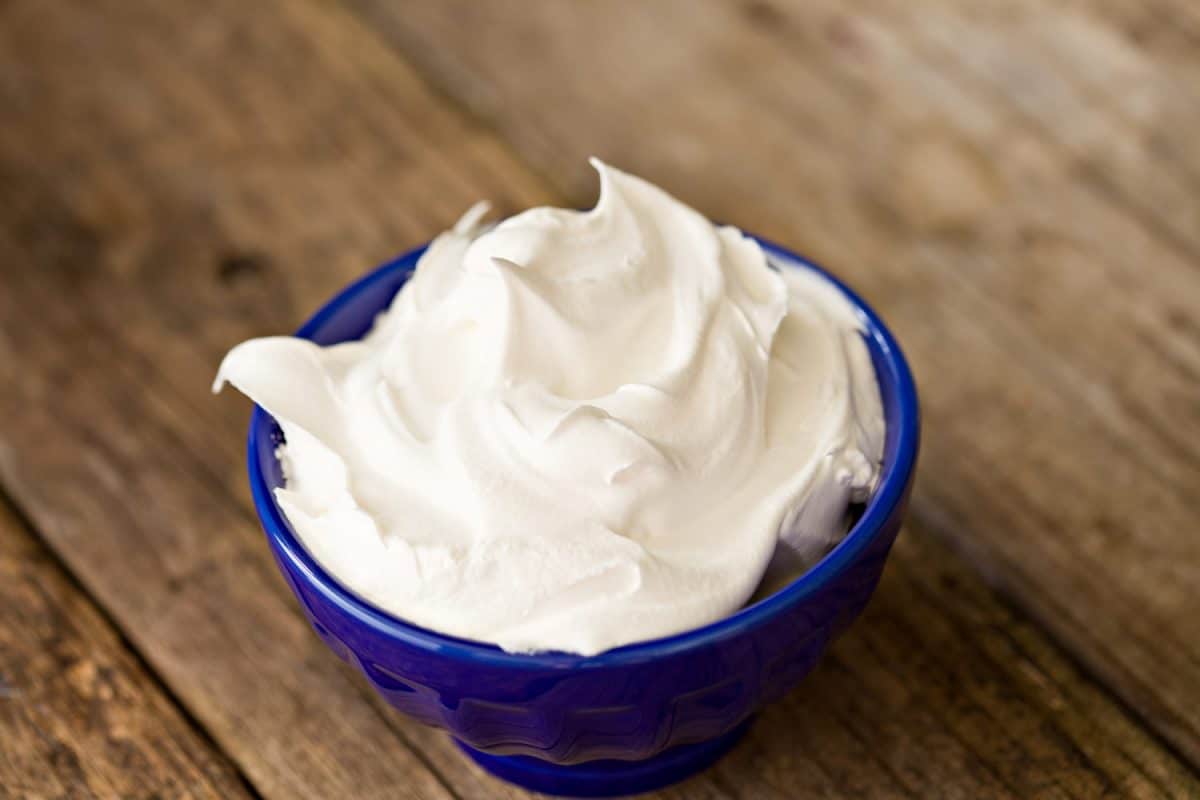 Lastly, olive oil can often replace butter in cooking, even in macaroni. While it can oust many bad fats and make way for healthy nutrients, it may also taste bland to many of you. It's especially important if choosing this method that you don't add so much that the entire meal becomes oily and ruined. One tablespoon (or even less) should be enough. 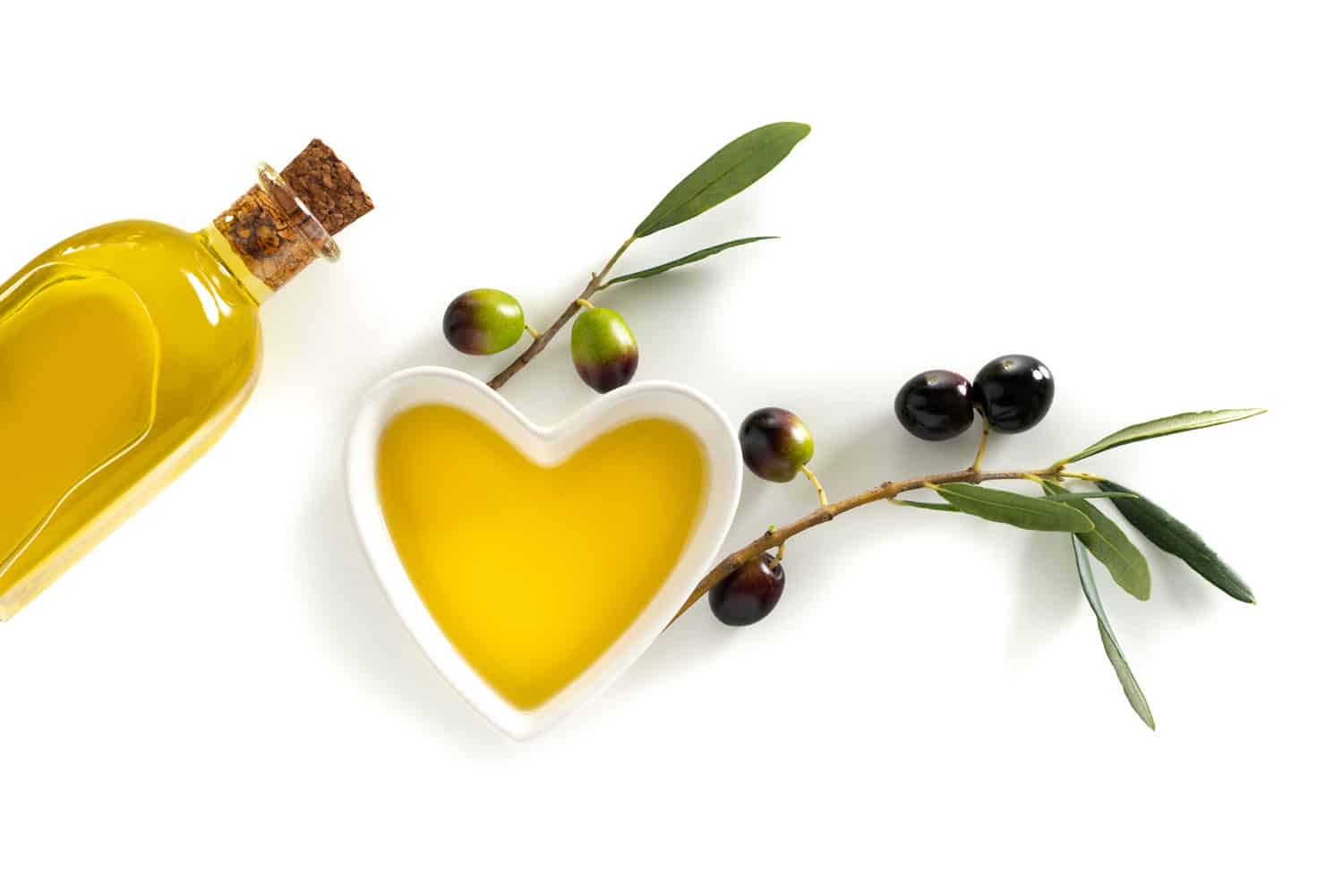 How do you measure the butter substitutes?

Sometimes figuring out the exact amounts of a substitute ingredient can be confusing. Don't be sad, though, because we've got you covered.

You may use roughly a cup per box of pasta when using yogurt, mayonnaise, sour cream, cream cheese, or heavy cream. The final amount that you use depends more on the taste and texture you're happy with. Experiment with those taste buds!

For olive oil, drizzle half of a tablespoon into your mixture. If it still seems dry, add another half. If you use more than one tablespoon, you run the risk of your food turning into an oily mess. Handle with care.

So, what happens if you don't put butter in mac and cheese?

As we mentioned earlier, butter is not vital to cooking your noodles. It is simply there to add thickness and depth to the dish. But if you don't include butter- or a substitute- in your macaroni, you're going to end up with a thin-sauced, less tasty dinner by default. Choose an alternative to stand in for that missing (or unwanted) ingredient from the list above instead of eating a runny, unappetizing meal.

Can you use water instead of milk in boxed mac and cheese?

You can replace milk with water in your pasta dish, but it's not recommended. Doing that will strip away a considerable chunk of the flavor, not to mention it will be pretty watery rather than thick. If for some reason you feel that you absolutely must do this, at least try to use the water you got from boiling the noodles. It will have a small amount of starch in it for thickening. However, if you lack milk, a far superior option is to use sour cream or cream cheese.

How can you make boxed mac and cheese taste better?

There are heaps of easy steps you can take to enhance that old box of pasta. How creative can you get? Onward to some examples! 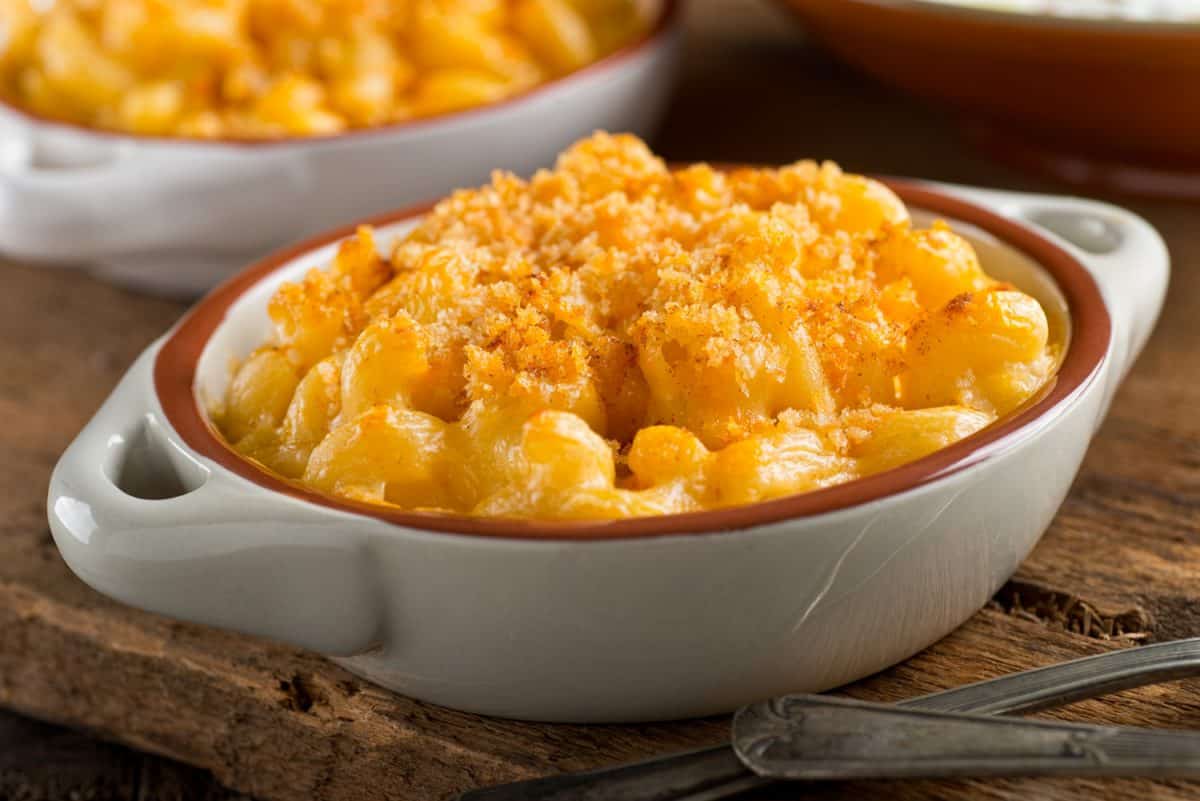 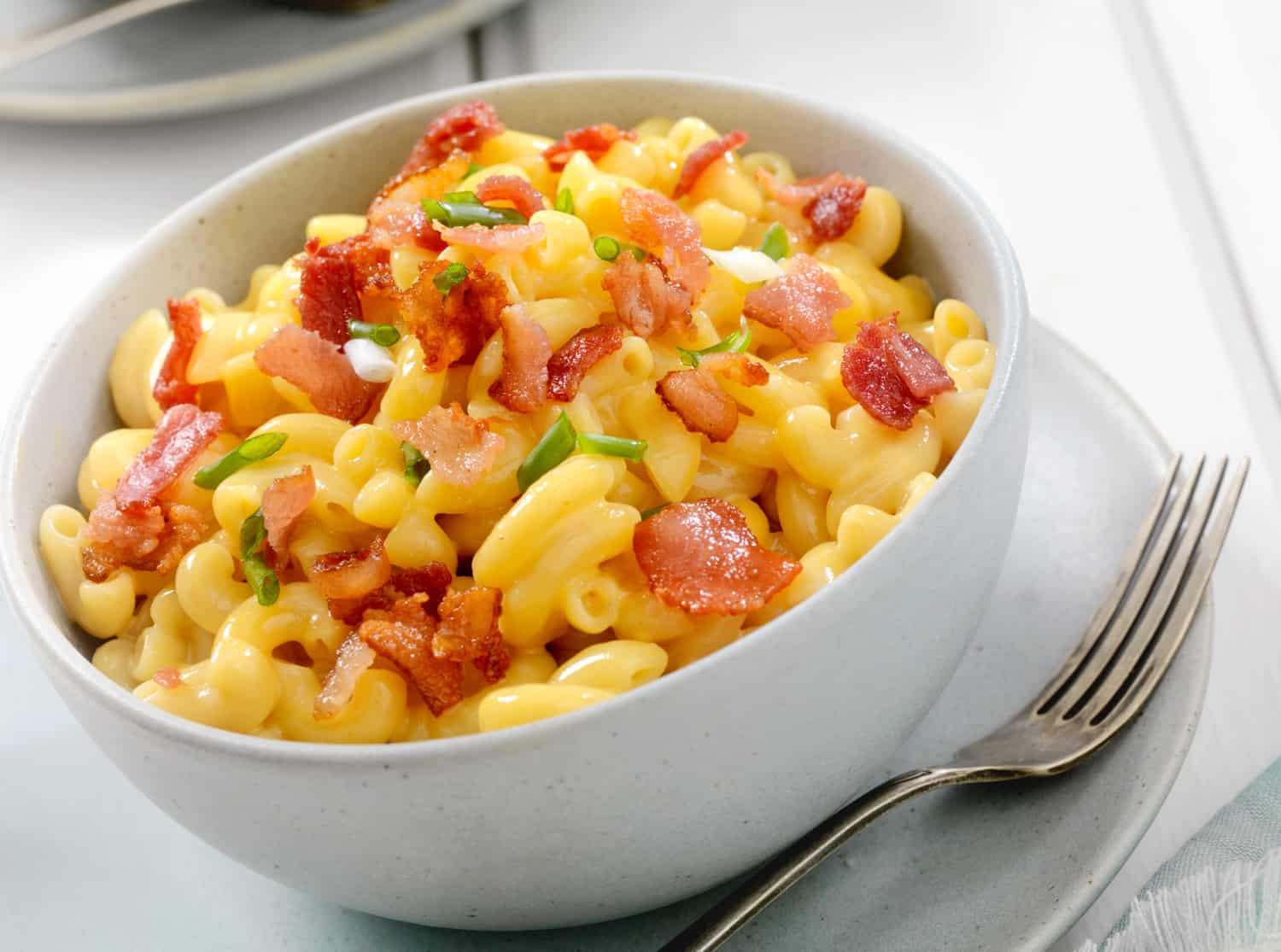 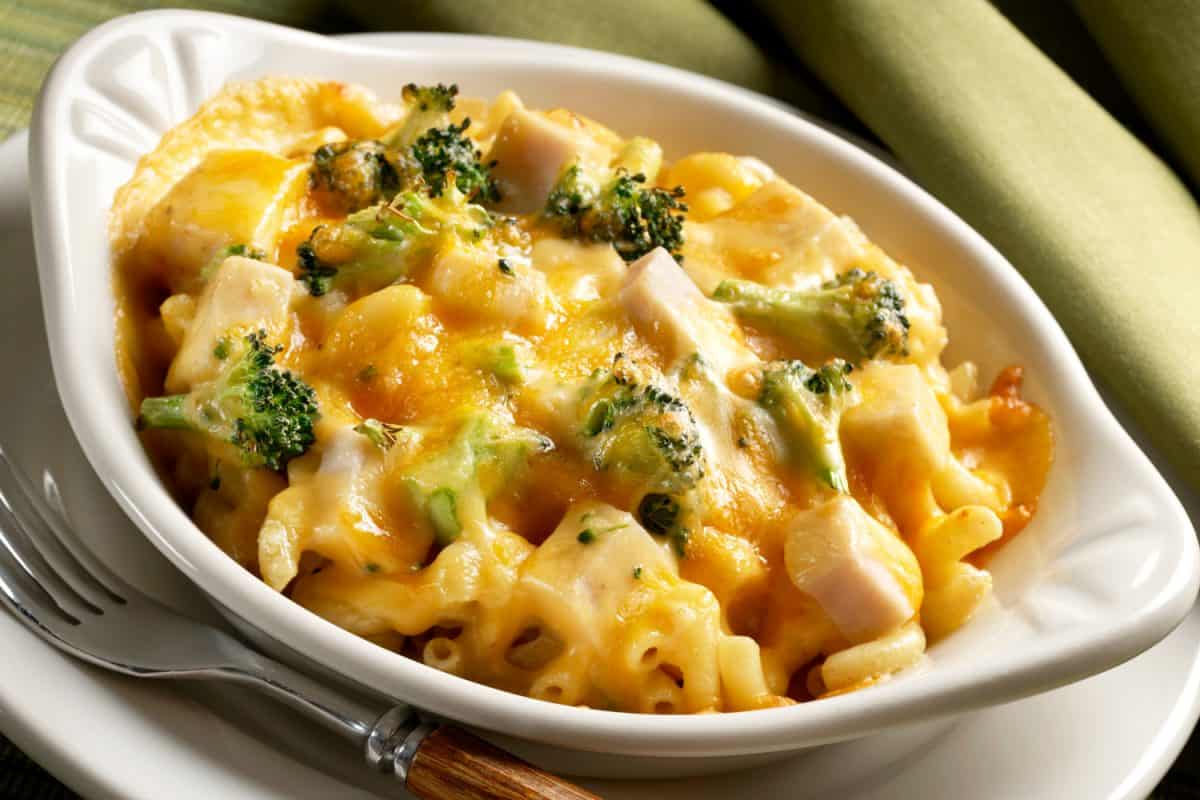 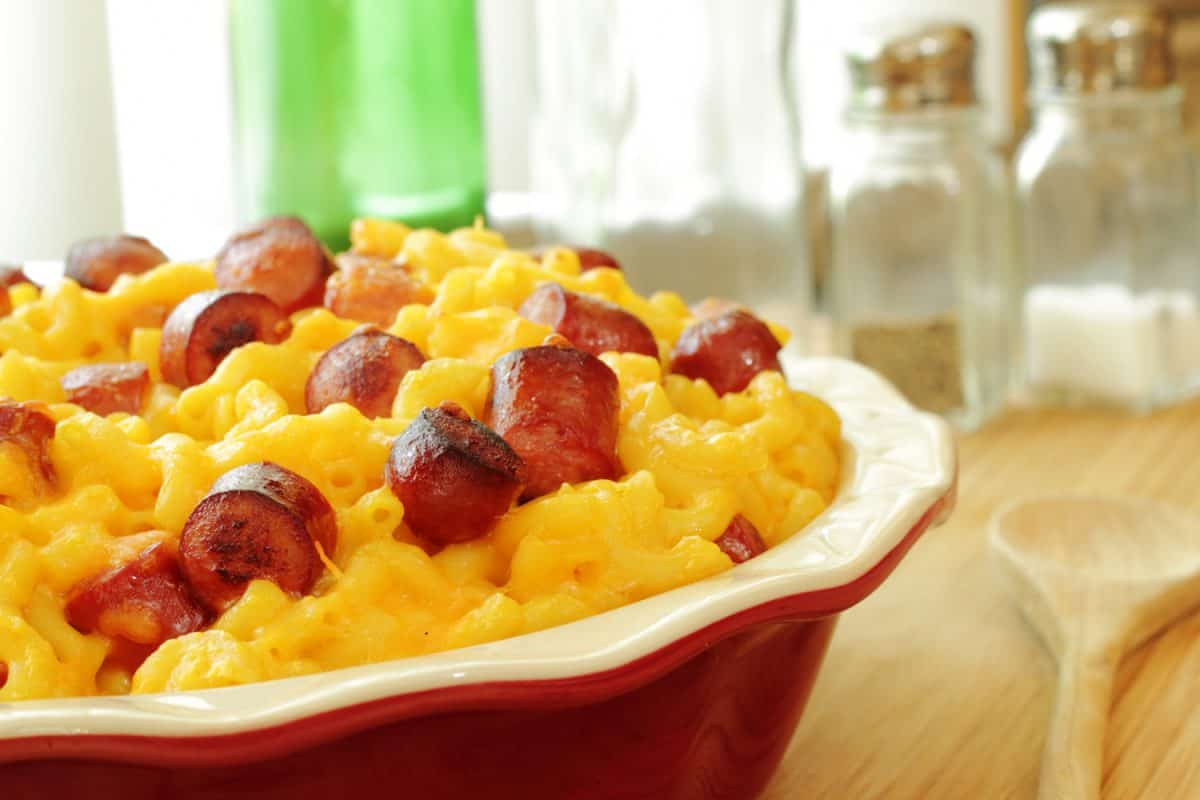 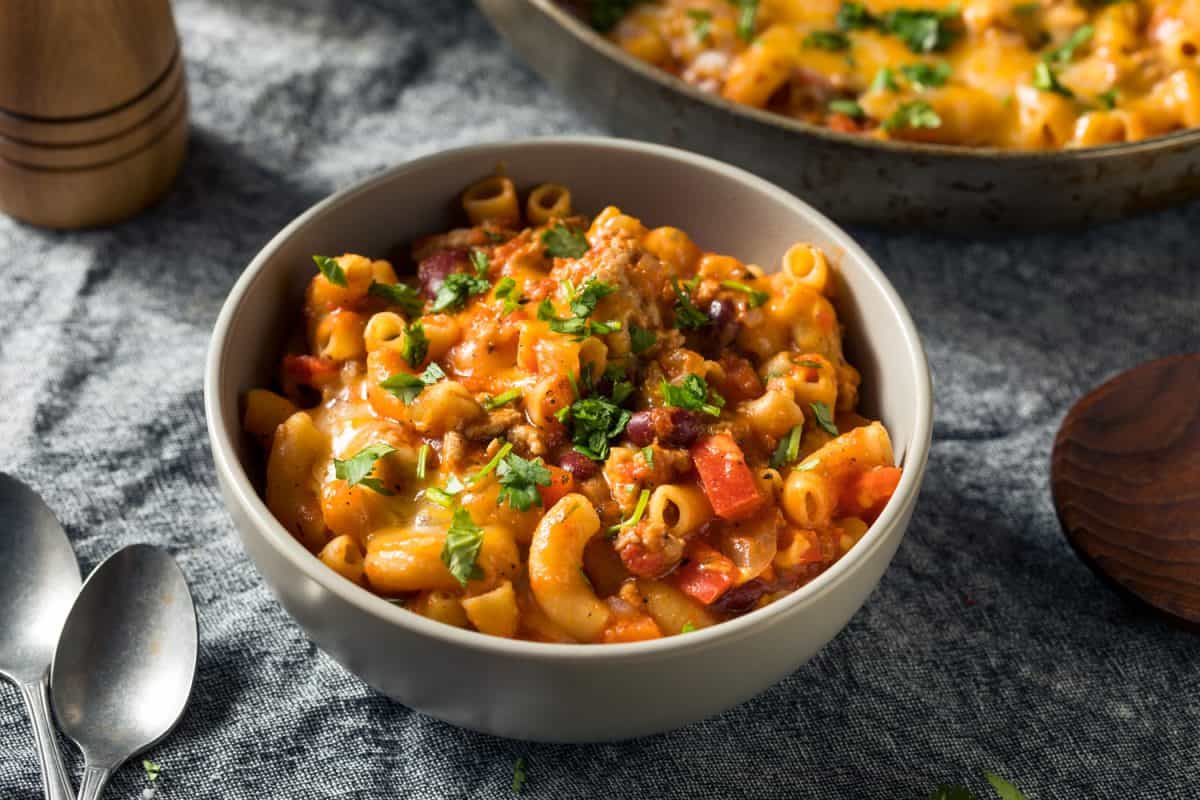 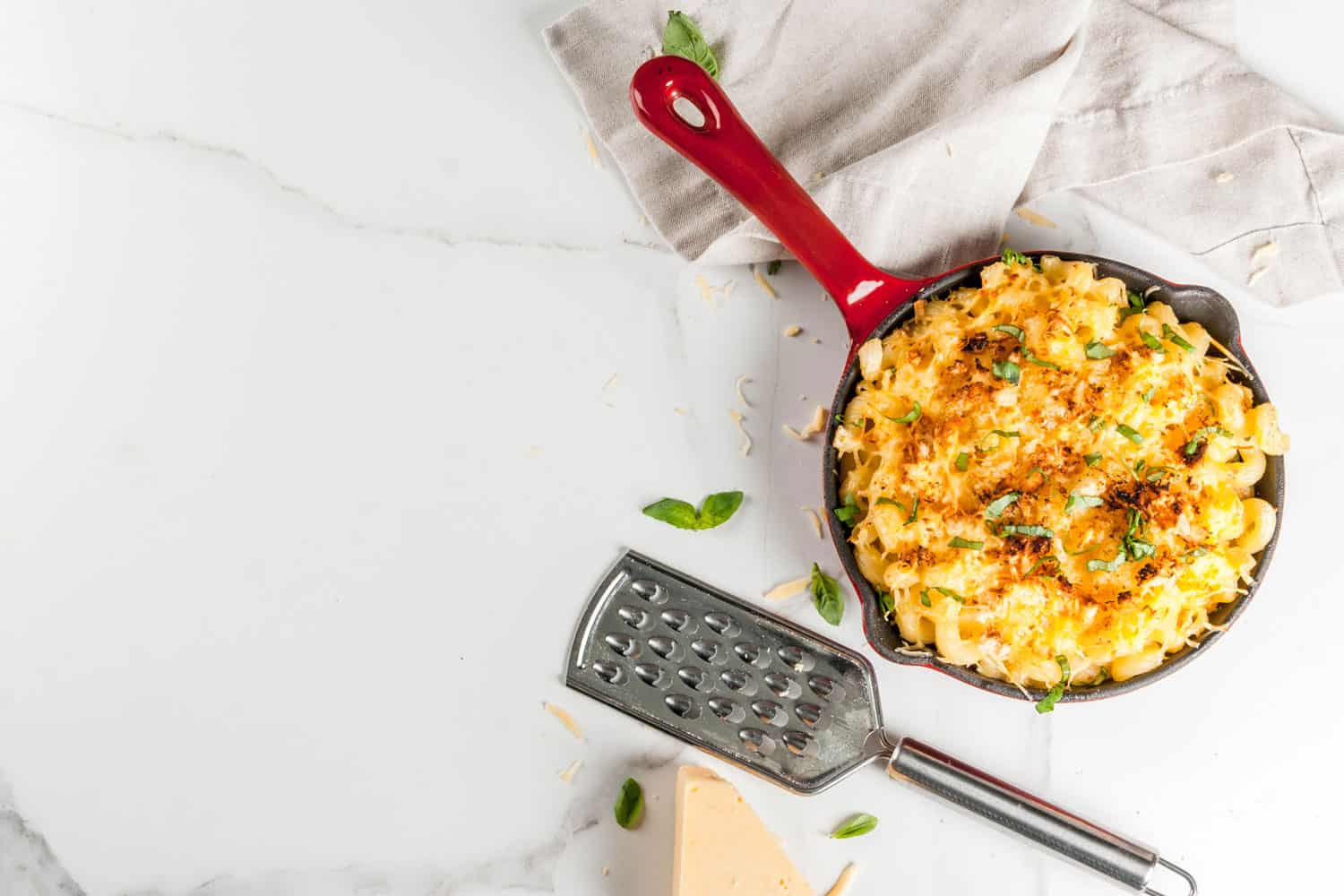 It's essential to replace that butter in your mac and cheese if you can't or don't want to include it. While it won't affect the noodles themselves, the sauce's thickness and savory factor will be compromised. The same applies to milk. If you don't have any, avoid using water and try yogurt, sour cream, or cream cheese instead.

Can You Reheat Noodles? [A Look At Various Types of Noodles]

For How Long Should You Cook Spaghetti?

Should You Keep Potatoes In The Fridge?

How Long Do Olives Last In The Fridge?

How Much Ground Coffee For 12 Cups?