When you're dealing with health issues, it can be tough to make recipes that would typically call for adding sugar. It might be the case that you want to avoid sugar—even if you don't have health problems. In either case, you'll need to adapt your recipes to the situation. So, it begs the question, can you make bread without sugar? If you'd like to find out, let's check out what others have to say!

It's possible to make bread without sugar. The use of sugar in bread recipes is to get the yeast to multiply quickly. However, if you want to avoid using it, there will be slight changes to the bread. It will tend to be drier and dense rather than moist and soft.

Now that you have a general idea of why recipes call for sugar, it might have you more curious than before. What happens if you don't add sugar? Sure, you know how it affects the texture—but what about the overall experience of making bread? Can you substitute sugar with a sweetener that has a lower GI value? If you'd like to know this and more, keep reading ahead. 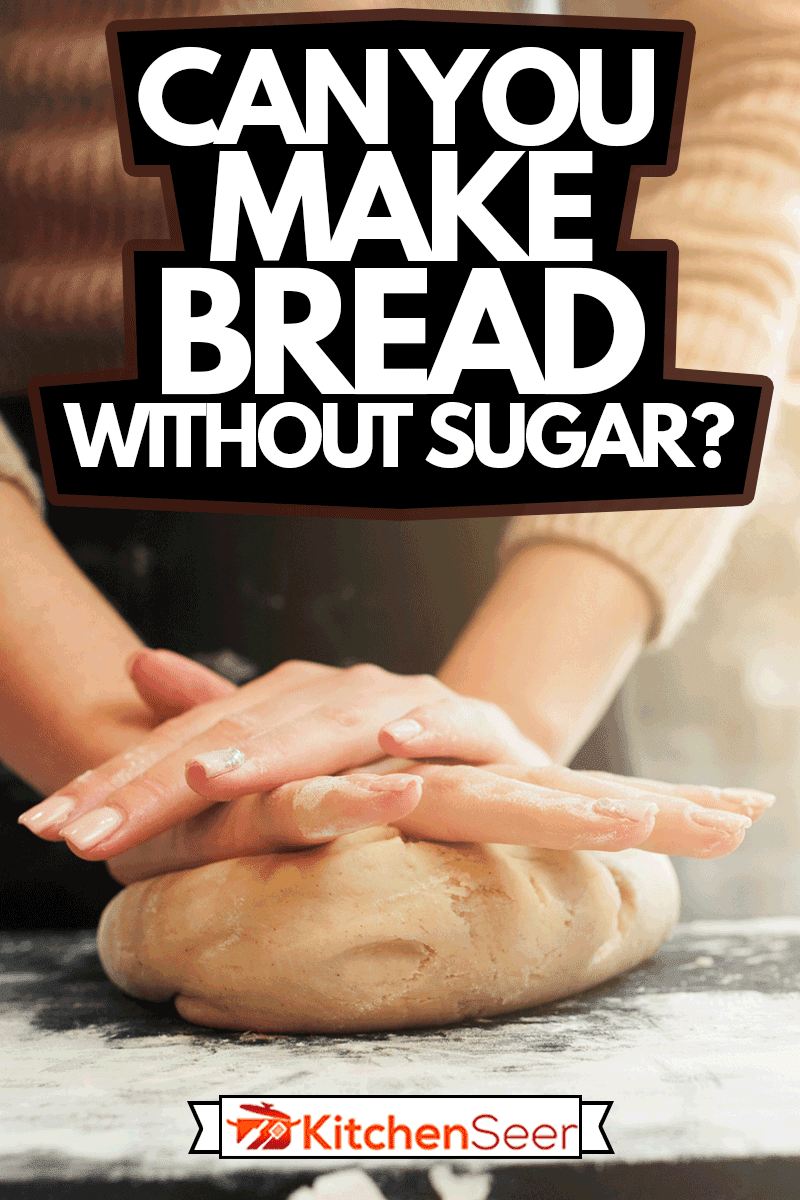 Before we get into what happens when you refrain from using sugar, we'll have to know why they call for it in the first place. In most cases, we follow a recipe without questioning why you need to use a specific ingredient. Regarding making bread, sugar is mostly an optional ingredient.

The reason recipes call for added sugar is because of one of the essential ingredients for bread - yeast. It's the driving force to making bread what it is. Yeast allows a dense mass of dough to become a risen loaf of bread. It does so under certain conditions.

One of the necessary drivers for yeast's growth is a food source. And, sugar is what yeast feeds on to allow the dough to rise. Yeast consumes sugar and emits a liquid that releases carbon dioxide and ethyl alcohol. These two fill the existing air bubbles in the dough.

This is the process behind making leavened bread. It's what makes bread a light and airy product. Without it, you'll most likely get a flatbread that resembles a cracker. 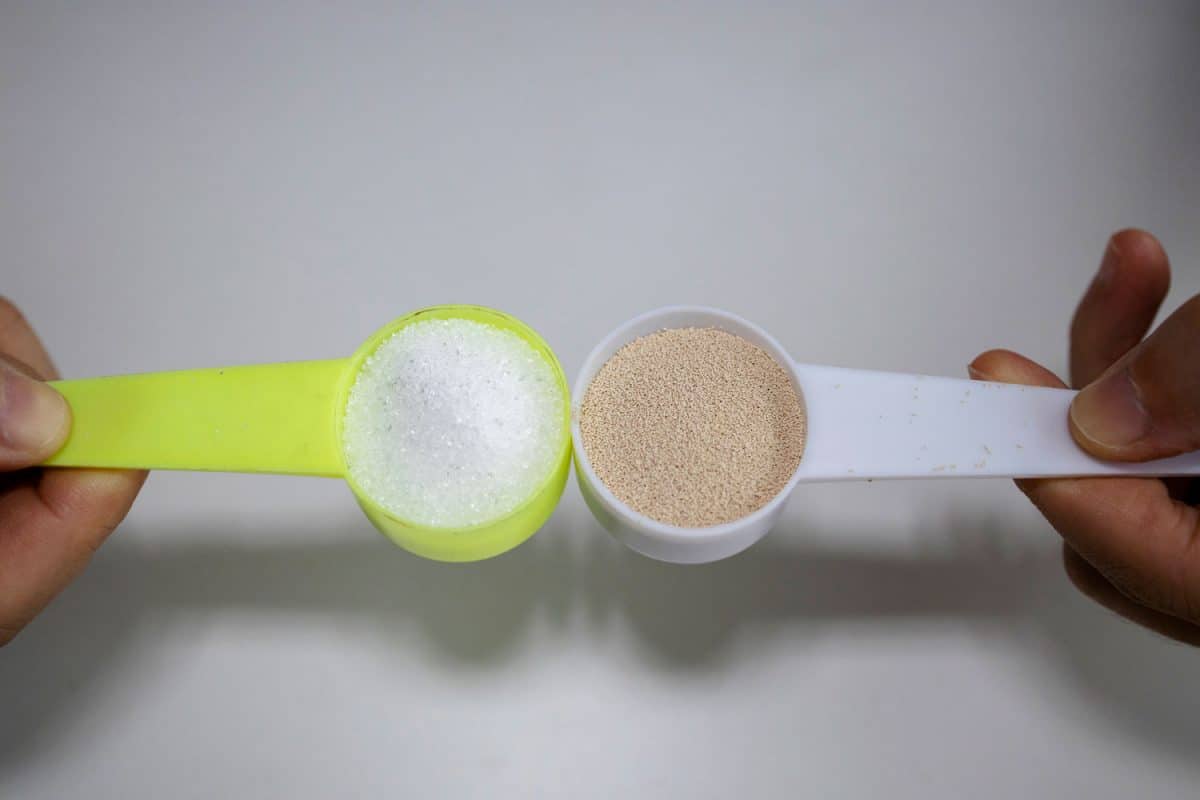 Why Recipes Call For Sugar

Now that you know the role of sugar in yeast, you might have an idea why recipes call for adding sugar. By adding more sugar to the yeast, it has more food to consume. This way, it has an easier time producing gas. As a result, you help the yeast rise faster.

So, when recipes call added sugar, you're basically jumpstarting the fermentation process. As some bakers suggest, it's not necessary to add sugar at all. Yeast will create its own food supply by transforming the starch present in flour into sugar.

To really hammer the nail in the coffin, other forum users suggest that yeast doesn't prefer the added sugar anyway. It will prefer using glucose and maltose - two sugars present in flour. Now let's go over what happens if you don't add sugar to the bread.

What Happens if You Don’t Add Sugar to Bread?

We've made it clear that you don't need to add sugar to make bread. But, it begs the question, what happens if we don't? What qualities will change? Some bakers suggest there will be minimal changes at all. It will mostly change flavor-wise.

Most recipes will require you to include two tablespoons of sugar. Others claim that the added sugar will help it stay fresh longer. There is truth to those claims. But, to accommodate for this change, you can plan how you will use the bread.

Store any remainders in a bread bag and put them in the freezer. Thus, the change in freshness is negligible. What about texture?

Sugar has a few effects. When you add it to a recipe, it helps make it softer and tender in texture. So, leaving it out of the recipe, it will lean more towards dryness. Will it make a noticeable difference?

Considering how much sugar you're going to be omitting (usually 2 tbsp), it will be subtle at most.

Another aspect it will affect is the flavor of the bread. Two tablespoons might not seem like a big deal. Still, you should think of sugar in bread-like salt in other recipes - including bread. You wouldn't add in a bunch of salt to enhance the flavor.

It will usually be a pinch. The thought process is the same when you're adding sugar to the recipe. Sugar will add a bit of richness to the flavor without adding a noticeable sweetness. So, if you want to leave it out - but don't want the change in flavor - you'll need a substitute.

All in all, leaving sugar out of your bread recipe won't alter much. It all depends on your preference. And if it's the flavor that concerns you the most, there are always substitutes you can use. Let's go over some of them.

What Can I Substitute for Sugar in Bread? 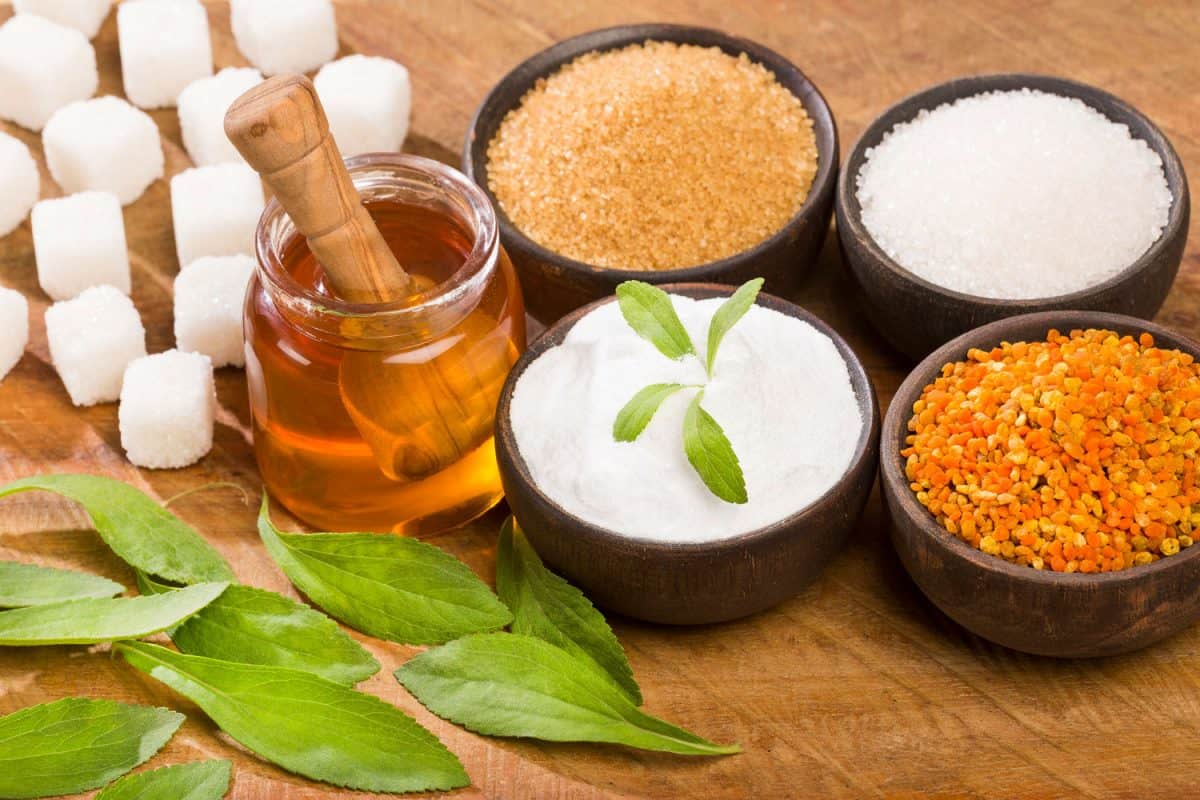 Before we get into the substitutes, you should know that sweeteners are not the same. Some will be sweeter than others. In this case, you won't be able to substitute sugar in a one-to-one ratio. You'll need to accommodate for the additional sweetness the substitutes will offer.

With that being said, you'll need to play around with different sweeteners until you get a flavor that resembles the bread you're familiar with. If that isn't your intent, this could be an opportunity to create a bread that will suit your tastes. Regardless of the situation, let's go over some sweeteners you should consider.

The first option is to go with a natural sweetener. If you don't have an idea of what falls into the category of a natural sweetener, think about products like stevia, molasses, and coconut sugar. Most of these sweeteners also have the added benefit of a low glycemic index.

Of course, the bread's taste and texture will be different with each sweetener used.

If you're planning to use an artificial sweetener, your results may vary. Most won't be suitable to bake bread. Some will lose flavor in the oven. You'll have to do more research if you're going this route. To help you in your endeavor, Splenda and Sweet'n Low are two that are commonly used for baking.

You will see more success using Splenda because it is more heat stable for baking. In general, Sweet'n Low will also work. But, there might be a strong aftertaste that could make or break the bread.

Overall, if you want to use a substitute, natural sweeteners will be the better way to go. It can be tempting to go for the option with fewer calories. But, the amount that you will be adding to the recipe is often insignificant. Additionally, you'll have far more success baking bread using natural sweeteners than artificial ones.

Can I Substitute Honey for Sugar?

In your search for substitutes, honey might be an option you're considering trying out. Can it replace the sugar in a recipe? The straightforward answer is yes. However, honey is sweeter than sugar because it has a higher level of fructose.

Like we've mentioned, it won't be a one-to-one replacement. So, depending on the recipe, you'll need to use the equivalent amount of honey. For every tablespoon of sugar the recipe requires, you can replace it with two teaspoons of honey.

It's also essential to get the right type of honey. Since we're baking bread, you won't need the extra sweetness that comes with darker honey. We'll need to keep the sweetness as neutral as possible. Golden clover honey should alter the flavor of the bread without adding too much sweetness.

When looking for substitutes, seeing the phrase - sweeter than sugar - can be a scary thought. After all, we're baking bread, not a cake. What if we want something similar to table sugar? Does such a thing exist?

You'll be glad to know that there is. It's a sweetener called allulose. As Splenda claims, allulose is a type of sugar found in fruits such as dates and figs.

Click here to see this allulose sweetener on Amazon.

It tastes like sugar and performs similarly to sugar regarding baking. As for replacement ratios, you can swap sugar with allulose one-to-one. However, there are still differences between sugar and allulose to take into account.

Allulose tends to brown more than standard sugar. To prevent it from browning more than usual, you can lower the temperature that it bakes at. However, since you'll likely be using low amounts of it, we can't say if there will be a noticeable difference. 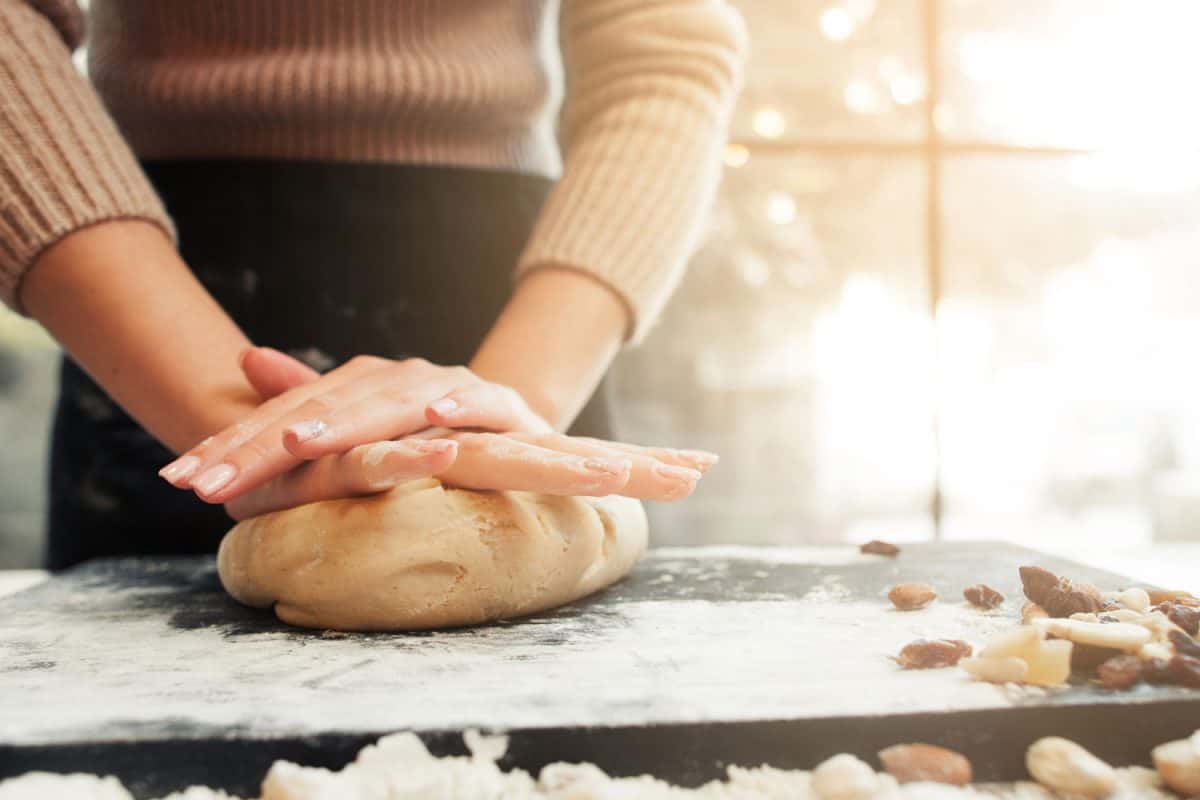 There you have it. Bread doesn't need the added sugar. The yeast gets its fix from the starches present in the flour. We hope you found the information above helpful!

Before you go, do you have other bread concerns? Are you considering baking bread in a glass loaf pan? You might be wondering if it takes longer. To learn more, check out our post - Can You Bake Bread In A Glass Loaf Pan? Does It Take Longer?

Are you looking to make other goods without sugar? How about granola bars? We can give you some tips to help them stick without using sugar. If you'd like to learn more, check out our post - How To Make Granola Bars Stick Together - Even Without Sugar!

How To Use The Top Vent On A Charcoal Grill

How Much Pizza Dough Per Pizza? [By Pizza Size]