Whether a kid got into a box of noodles or dinner was accidentally undercooked, most of us have eaten some raw pasta. To put it plainly, raw pasta is not healthy for you. Before anyone gets worried, raw pasta rarely causes any life-threatening illnesses. But is it safe? We've researched food safety standards to get the answer for you.

You technically can eat raw pasta, but raw pasta isn't healthy food. While small amounts of raw pasta and noodles are unlikely to cause health issues, larger amounts can. If you choose to eat large quantities of raw pasta or eat it often, you'll risk dietary deficiencies due to the pasta, illness, inflammation, and intestinal damage. Eating raw pasta is not recommended; make sure you cook it thoroughly! 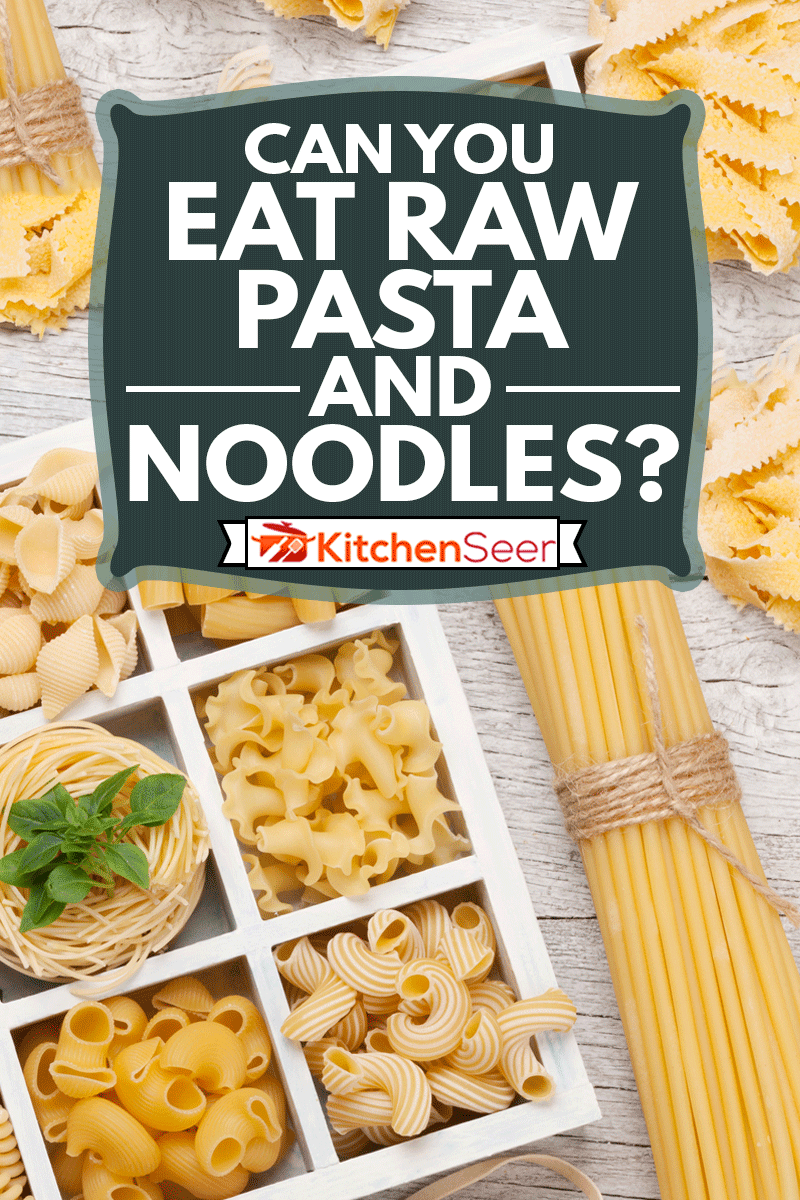 If you consume raw pasta, you risk dietary problems. Raw pasta contains large quantities of things known as anti-nutrients. The main two are lectins and phytates. Both of them damage your intestinal lining, disrupt enzymes in your system, and cause inflammation.

In addition to the damage the two can cause, phytate can cause other problems. While in your system, phytates bind to minerals like calcium and iron, making them impossible to absorb for your body. Eating raw pasta frequently can eventually make you mineral deficient and sick because of it.

Can You Get Sick From Eating Uncooked Pasta? 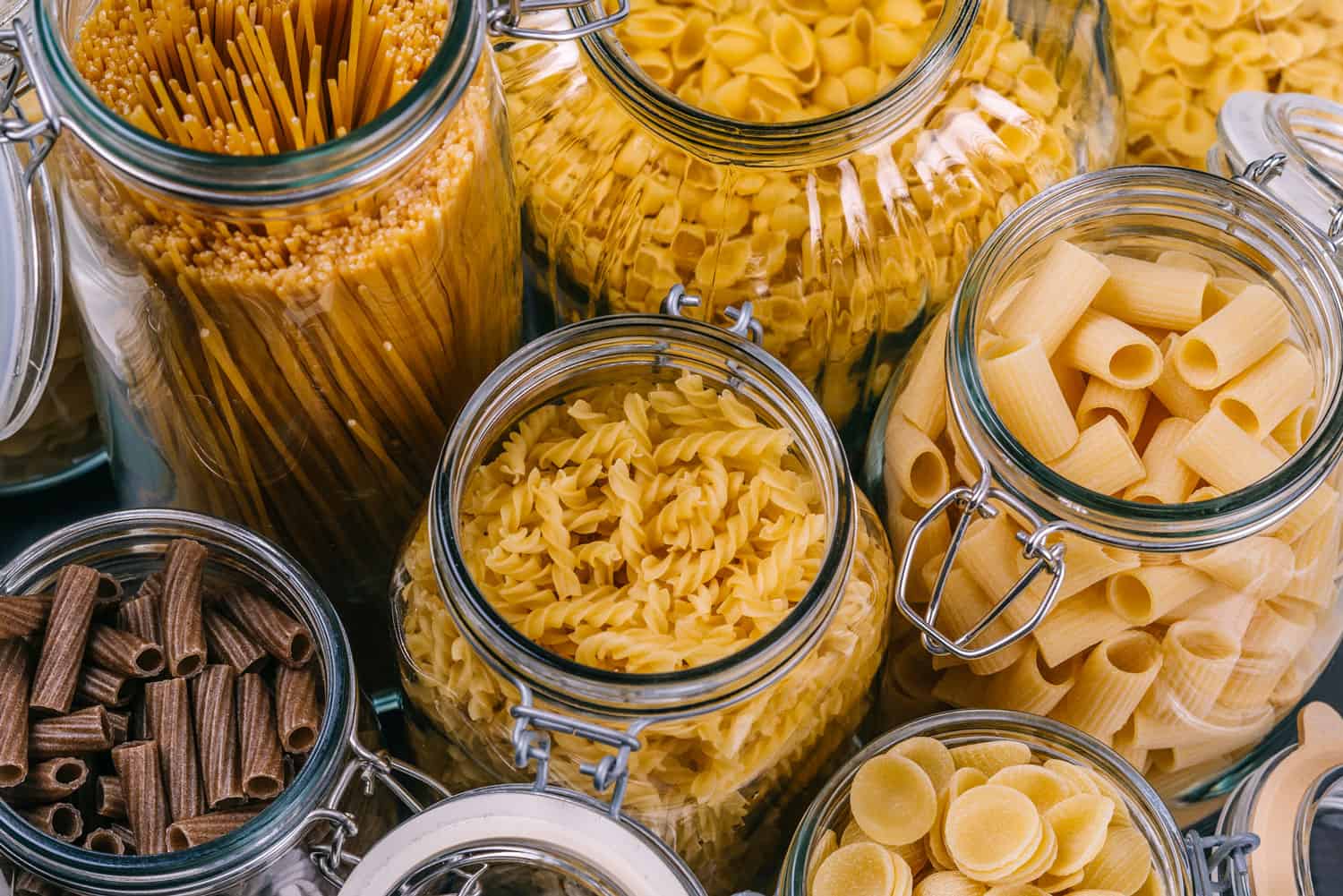 Raw pasta isn't healthy for you and can make you ill from mineral deficiencies. However, some types of pasta do carry larger risks for other sicknesses. Improperly stored pasta can also carry bacterial diseases that lead to illness.

Pasta noodles that use eggs in their dough have the chance to carry salmonella. If you're eating egg noodles raw, you risk consuming salmonella bacteria. The risk is low, though, as the drying process will typically kill the salmonella bacteria long before you've eaten the pasta.

Pasta that has been in contact with surfaces carrying bacteria can also make you sick. Like any food, raw pasta can pick up bacteria from counters, shelves, or any other surface it touches. Cooking the pasta generally kills the germs, but eating the raw pasta puts them in your system.

Raw pasta is hard to digest since the starches present in them haven't been broken down. More of the pasta passes through your digestive system without being digested. You can end up with stomach aches from the harder digestion, and when the raw pasta reaches your colon, it can cause pain, flatulence, and cramps.

How to Avoid Undercooked Pasta

Cooking any food thoroughly is the best way to kill any bacteria on the food. When it comes to pasta, make sure you boil it properly. Al dente pasta is perfectly safe, as the noodles have been heated enough to kill the bacteria inside and on the surface.

Pasta can typically stay good for a year or two past its expiration date. Make sure to store dried pasta properly. Keep it in airtight containers, away from moisture and from getting too hot or cold. This can help keep bacteria and mold from growing on and in the pasta.

Raw pasta contains a ton of starch, which is usually seen as a fattening macronutrient. Cooking starches makes them easier to digest; the longer they're cooked, the more available the starches become. Overcooking pasta can cause blood sugar spikes and be harmful in the long run because of how much starch is available to be absorbed.

Raw pasta, on the other hand, is incredibly rough on your digestive system. The pasta's starches haven't been broken down through the cooking process and are hard to digest. Essentially, you absorb fewer calories from raw pasta, and more of it passes through you without being digested. Since that is the case, raw pasta is not fattening. Even so, remember the illness risks we went over earlier before you think eating it is a good choice.

Can You Get Food Poisoning From Dried Pasta? 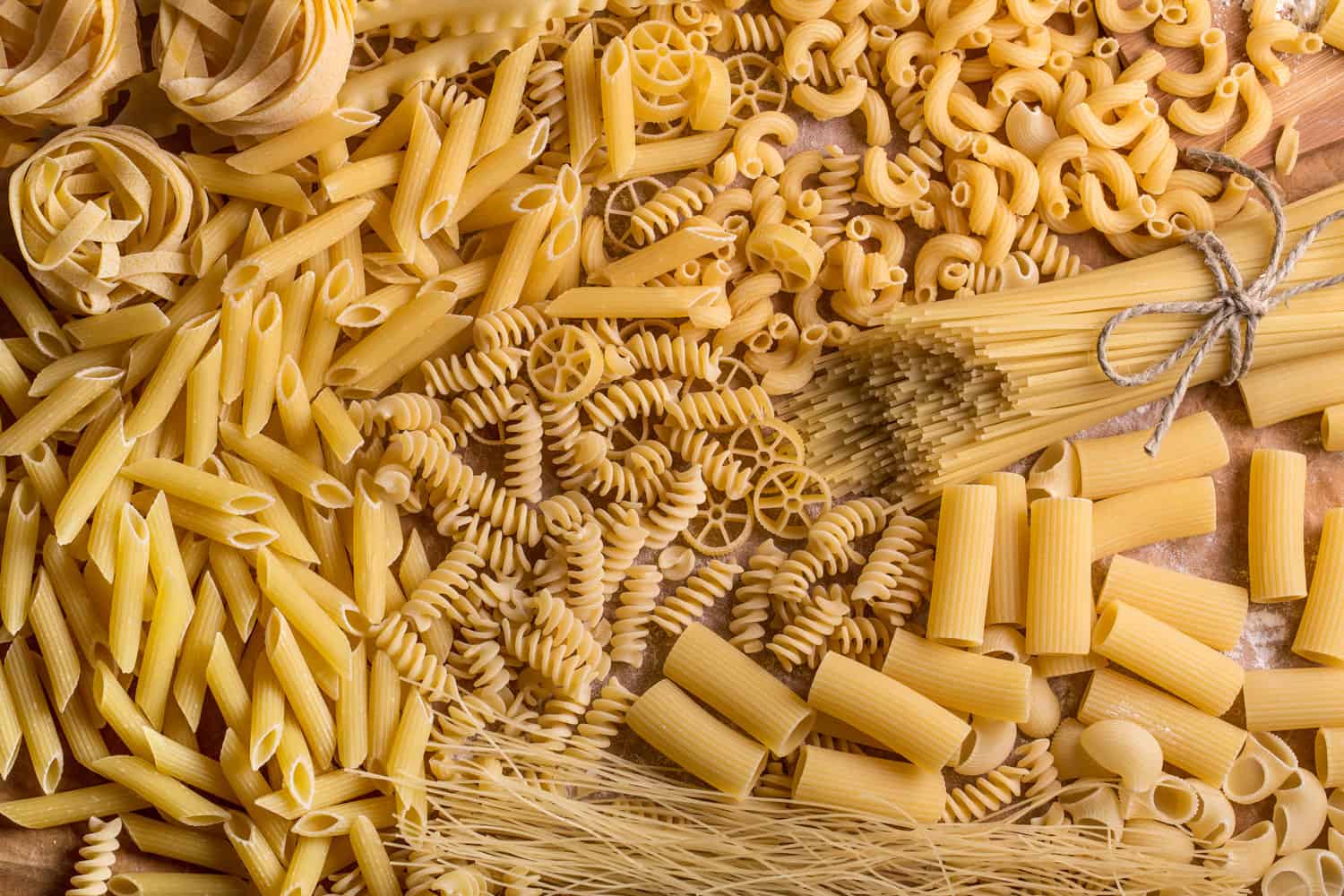 Dried pasta, when eaten raw, doesn't pose a serious risk of food poisoning. The moisture content of the pasta is basically zero and doesn't allow bacteria to grow. If you allow it to get wet or moist, the noodles can grow bacteria that can cause food poisoning.

After cooking, pasta can pose a serious food poisoning risk. Even if you started with dry pasta, cooked pasta allows the growth of bacteria as soon as it begins cooling down. Any cooked food that is set out and allowed to cool quickly can germinate heat and cold-resistant bacteria. Reheating or coking the food again likely won't kill the bacteria, making eating leftover pasta from the fridge risky. 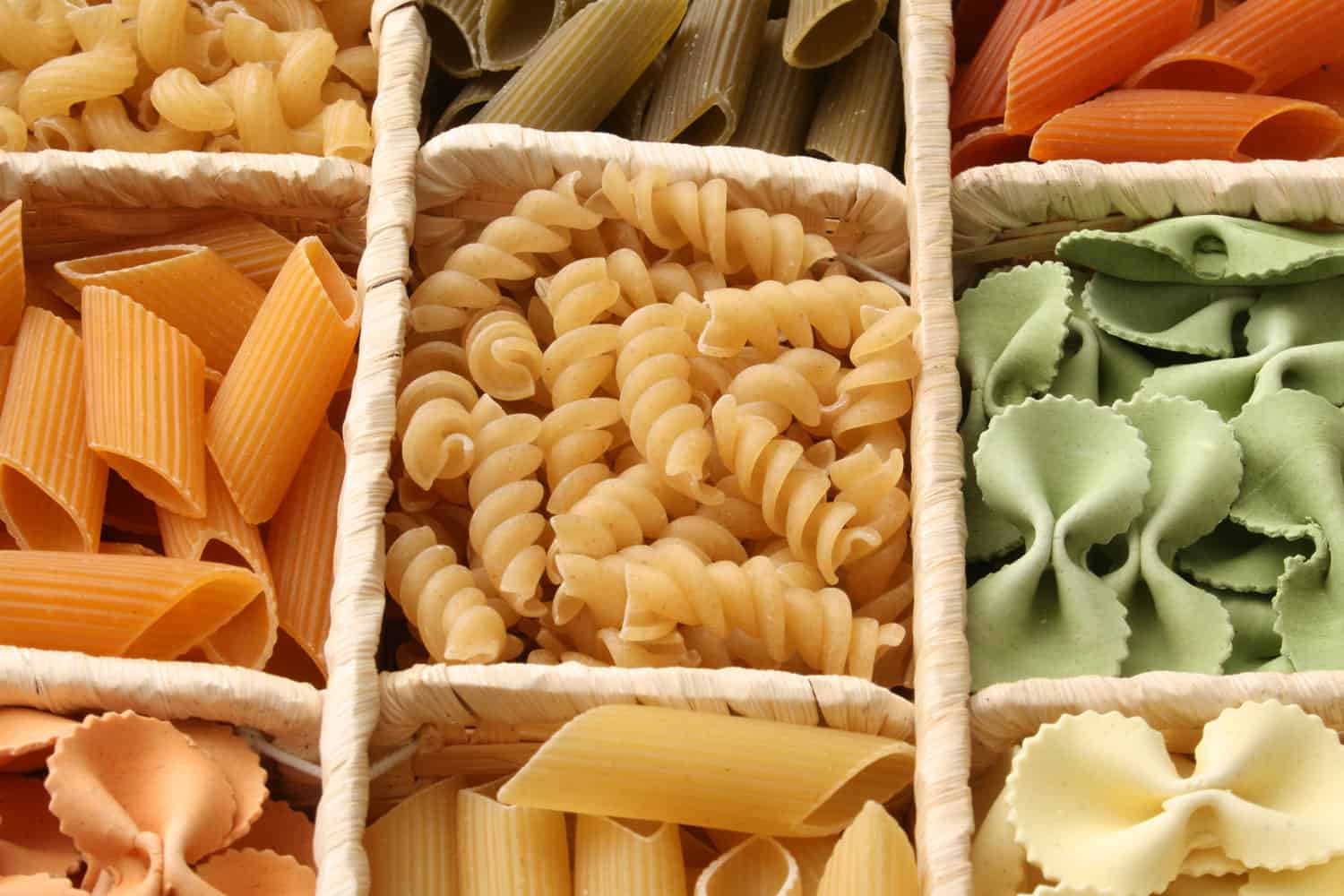 You might think because it's freshly made that fresh pasta would be better than dried pasta. The real difference between the two is that they are completely different kinds of pasta, made with different ingredients. This results in two pasta with different textures and flavors. Fresh and dried pasta are both better served used in different dishes, cooked differently, and require different storage.

Fresh pasta is generally made with flour, eggs, and water. It takes less time to cook and is generally more tender than dried pasta. Unlike dried pasta, fresh pasta is cooked until it is tender and velvety to the touch. It goes well with light and buttery sauces rather than heavier tomato-based ones.

Fresh pasta must be stored in your refrigerator to keep it good. You'll also need to use it much sooner than dried pasta, as it doesn't last as long. If you decide to buy fresh pasta instead of making it at home, remember that it is more expensive than dried pasta thanks to its ingredients and spoil time.

If you're interested in the cost-efficiency of making pasta, check out our article "Is Making Pasta Cheaper Than Buying? [Detailed Costs Revealed]."

Dried pasta is made with water, flour, and salt. It has a rougher texture and is more sturdy than fresh pasta, allowing it to stand up to heavier sauces. If you can keep it dry, dried pasta can avoid spoiling at room temperature almost indefinitely.

The perfect cooking temperature for dried pasta is al dente, almost undercooked. This keeps the pasta firm and gives it some bite while giving it the strength needed for heavy sauces. Many of the fun pasta shapes we grew up with aren't possible with fresh pasta and owe their existence to dried pasta.

Both dried and fresh pasta have a place in the kitchen. Dried pasta is more convenient and holds up better to tomato sauces, while fresh pasta is better for some dishes. Neither one has the edge over the other when it comes to health benefits; it's typically a personal taste preference.

Can You Eat Raw Pasta And Noodles? 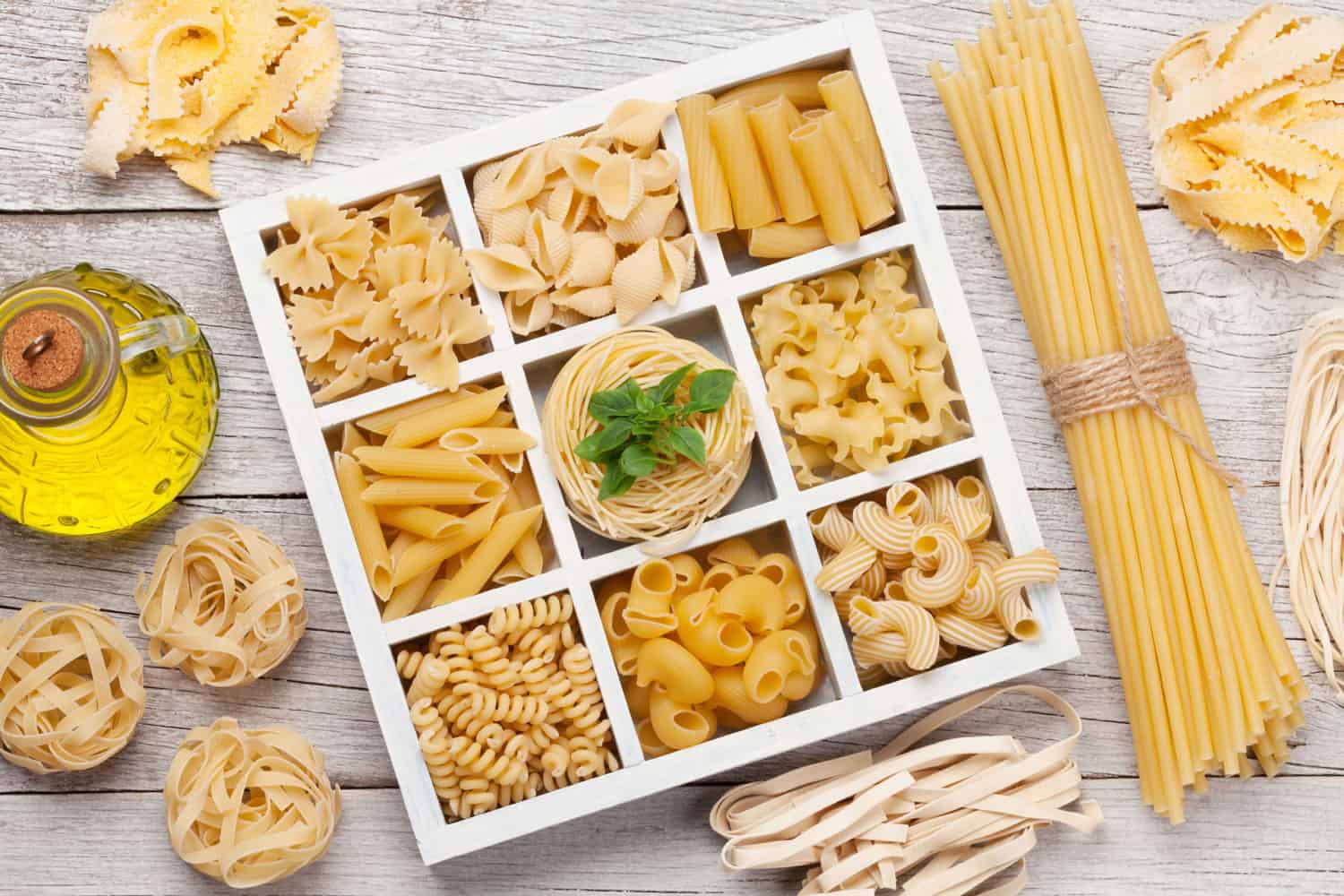 Small amounts of raw pasta have very few negative effects on you. In many cases, you likely won't even notice any effects. If you eat a large quantity of raw pasta or eat it frequently, you risk becoming ill, and some mean cramps. It's generally advisable to avoid eating undercooked pasta and make sure you cook it properly to kill any bacteria on the noodles.

Also, check out our article, "What Else Can You Use A Pasta Maker For? [9 Awesome Ideas!]"

Candy Melts Not Melting — What To Do?