If you do not have a Crockpot, you probably wonder if your rice cooker will work for slow cooking. Look no further! We have researched all about using a rice cooker in the place of a Crockpot for you.

If you do not have a slow cooker, you can use a rice cooker as a substitute as long as you do it right. You can not leave the rice cooker on for hours as you do with a slow cooker. Instead, you have to gauge how many times to turn it off and back on until your food is cooked like you want it to be. 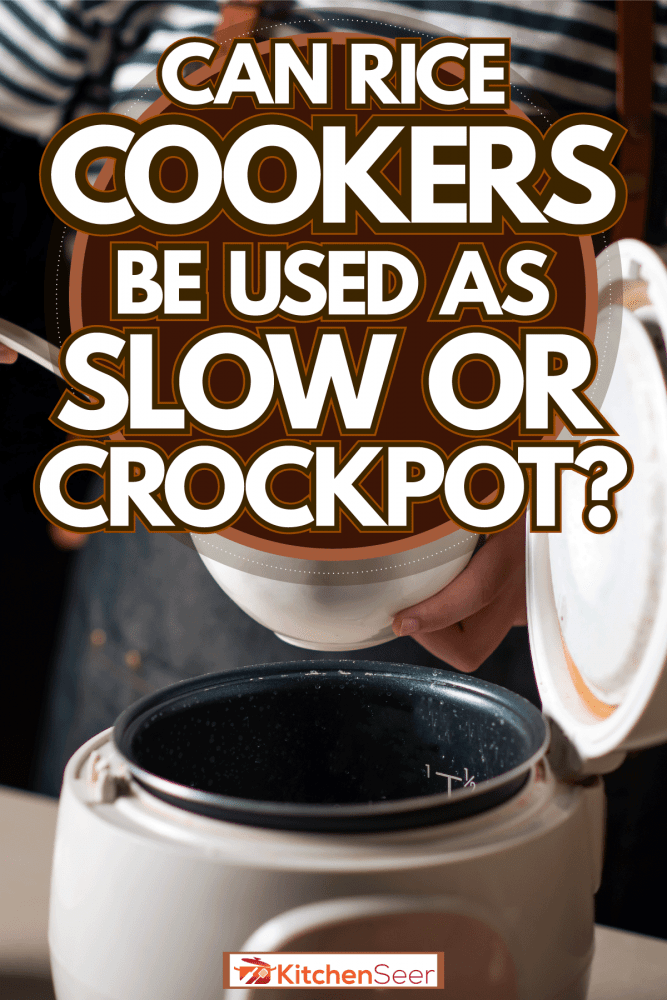 Slow Cooking in A Rice Cooker

You can not just put your food into a rice cooker and leave it for several hours expecting your food to cook, though. It is not quite that easy to use a rice cooker as a slow cooker, but it is possible.

How do you slow cook with a rice cooker? 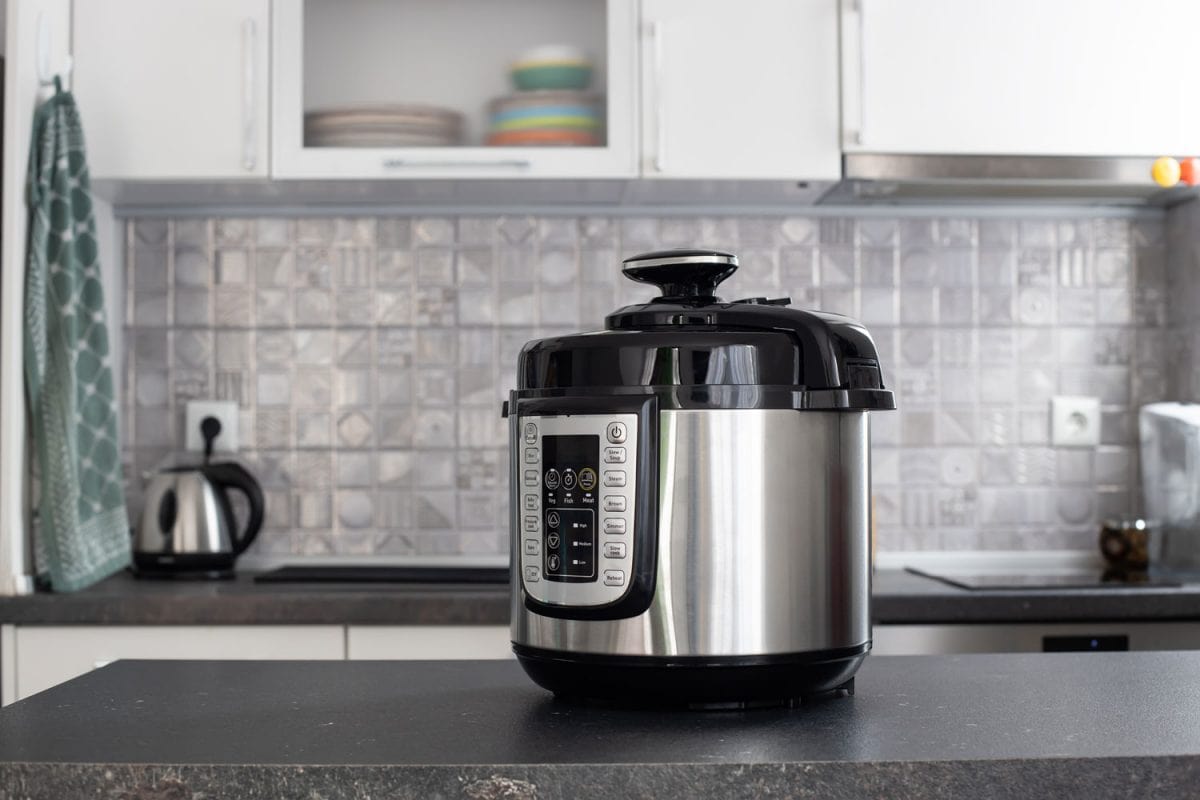 When using a rice cooker to slow cook meat or a meal, you should go ahead and saute or brown whatever you intend to add in, such as vegetables, garlic, onion, soy sauce, seasonings, or anything else you want. Next, you need to place the lid on top to cover the food and turn it on.

After you turn your rice cooker on and have it covered, you need to allow the liquid inside to reach a boil. Once it is boiling, switch the rice cooker to the keep warm function and let the food inside rest for approximately an hour.

At that point, turn your rice cooker back on and repeat that process as many times as you need. It is a good idea to rotate your meat at the one-hour interval before turning the appliance back on again.

To successfully slow cook using a rice cooker, you need to monitor your food so that you end up with an accurate cook time. It is not as easy to estimate how long it will take to slow cook your food in a rice cooker as it is in an actual slow cooker.

What is the difference between a slow cooker and a rice cooker?

Let's first clarify between a CrockPot and a rice cooker. A CrockPot is a specific brand made by Sunbeam, but many people refer to slow cookers as a CrockPot. When we say 'slow cooker,' we refer to any slow cooker as they simmer the food for an extended time, resulting in tender meat.

Some differences between a rice cooker and a slow cooker are that rice cookers work by way of higher temperatures than you get with a slow cooker. A slow cooker takes about six to eight hours. The Instant Pot is made to cook even faster than a standard pressure cooker or slow cooker.

Rice cookers bring liquids to a boil much faster than slow cookers. A Crockpot uses even and low heat for a longer span of time.

Both rice cookers and slow cookers usually have a keep warm function. Rice cookers tend to be less expensive than slow cookers. If you do not have a lot of counter space or cabinet space, utilizing one appliance instead of two is helpful.

What does slow cook mean on a rice cooker? 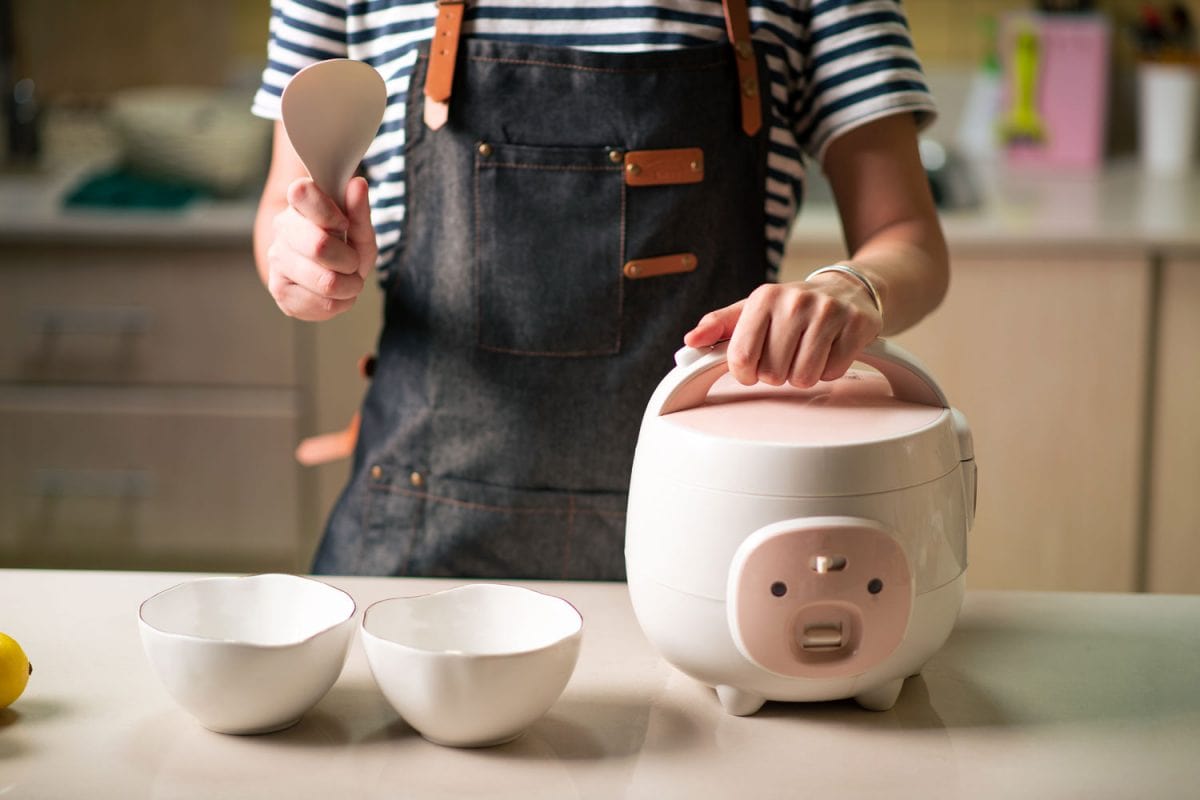 What is meant by slow cooking in a rice cooker essentially means to steam your food. You do not keep your rice cooker on the whole time you are slow cooking. The process of slow cooking, in this case, literally means letting your food sit and soak in extremely hot liquid for as long as it takes.

Using a rice cooker saves you from having to keep watch over your food the whole time your dish is cooking. It is okay to check on it periodically rather than stir the ingredients often. You can work on making side dishes or bread or do whatever you need to spend your time on while your food steams in your rice cooker.

How long does it take to steam chicken in a rice cooker?

You can steam raw chicken or warm chicken back up in a rice cooker. It only takes about thirty minutes total. Twenty minutes of that are just letting the rice cooker heat up and begin to steam. It is possible to save the leftover liquid for chicken pot pie filling, chicken gravy, or chicken noodle soup another night. 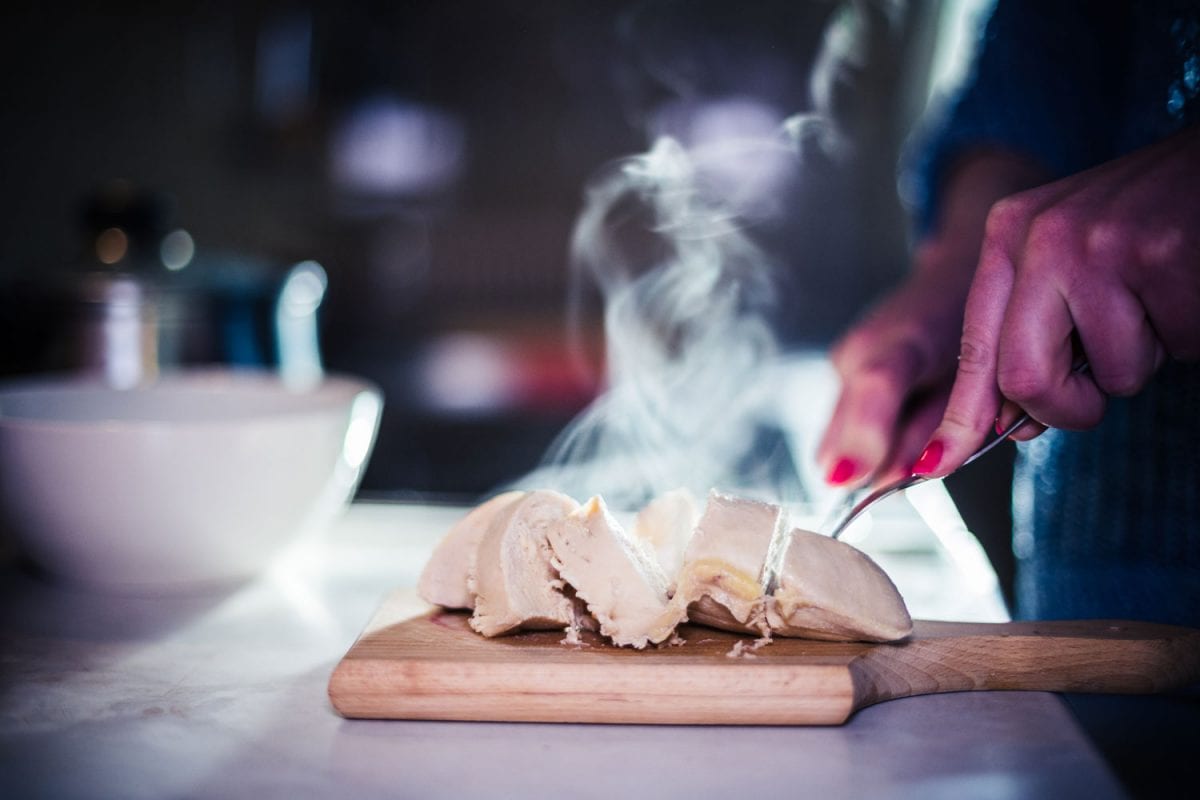 This is important because the chicken might burn if it is directly on the bottom of the bowl in your rice cooker. A rack will raise the chicken, making it so the hot liquid can circulate around the chicken, resulting in the chicken being cooked more evenly than otherwise.

If you do not have a rack to put your chicken on, you just need to make sure you stir the pot periodically. Stirring your dish more often will help prevent it from getting burnt.

You can cook the rice first and then add the chicken if you want to do it. Once your chicken has been in your rice cooker for about thirty minutes total, you can get out a meat thermometer and check the internal temperature. Chicken needs to be at least 165°F to be considered safe to consume.

Click here to see this meat thermometer on Amazon.

If you cut your chicken into pieces, it will take less time to cook in the rice cooker than it would otherwise. Be sure to keep this in mind as you periodically check your chicken until it reaches the necessary internal temperature.

When you use the slow cook function on an Aroma rice cooker, you start by adding in the food you are going to slow cook into the pot that goes inside of the rice cooker. Secure the lid and make sure it is sealed. Next, press the Power/Keep Warm button, which will turn the countertop appliance on.

After turning your Aroma rice cooker on you just need to press the button marked Menu until you reach the Slow Cook setting. Two hours is the allotted amount of time that automatically pops up. You can choose to press the plus or minus button to change the length of time. This adjusts in thirty-minute increments.

For example, if you have a smaller roast, you might need to slow cook it for one and a half hours instead of two so that it does not overcook.

This rice cooker beeps when it is done (when the time you set it to is over), and then it automatically switches to the keep-warm function. Turn off your rice cooker by pressing the same Power/Keep Warm button and unplug it once you are ready to serve what you cooked. You can always check the PDF from the manufacturer or the manual that goes with it if you have more questions about it.

Click here to see this Aroma rice cooker on Amazon.

You can use a rice cooker to slow cook a meal if necessary. Essentially to slow cook something in a rice cooker means to bring the liquid to a boil, then let your dish sit for about an hour in that hot liquid before starting the process over again and doing the same until you achieve your desired result. It takes longer, but it is possible.

Before you go, check out the following links related to using a rice cooker:

Pressure Cooker Vs. Rice Cooker: Which To Choose?

Can Rice Cookers Cook Brown Rice? [And How to]

Should You Rinse Rice Before Using The Rice Cooker?

Frigidaire Vs. Magic Chef Portable Ice Maker: Which To Choose?

Should A Coffee Machine Be Turned Off?

Ninja Foodi Won’t Turn On – What To Do?