After a while, the garbage disposal will begin to reek. There are a ton of food items that go down there. Now, the question is, how do we get rid of the smell? Lemons and lime might come into mind, but does it work? If you're wondering if you can put lemon and lime in the garbage disposal, let's find out!

Smelly garbage disposals aren't a problem to take lightly. If it's getting noticeable, there are likely problems ahead. To understand what could be going on, we'll have to go over standard practices to maintain a garbage disposal. If you're curious to learn how to get rid of the smell and prevent it from happening again, keep reading ahead. 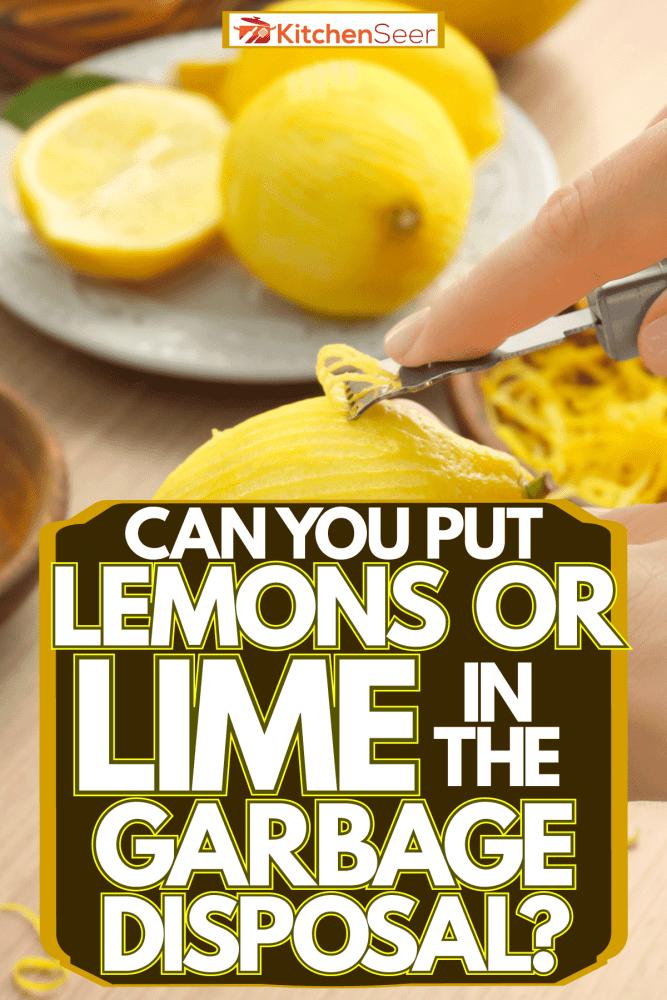 Why Does My Garbage Disposal Smell?

If we're going to get to the root of the problem, let's figure out what's going on with your garbage disposal. More specifically, how does it reach the point to where it is now? Once we tackle this issue—which could come down to bad practices—we'll prevent smelly garbage disposals in the future.

The first question you'd have to answer is how diligent are you with cleaning your garbage disposal? In most cases, many people won't keep up with maintenance. They'll throw food down the disposal without a second thought. And if this has gone on for a while, the build-up could be showing up through smell. 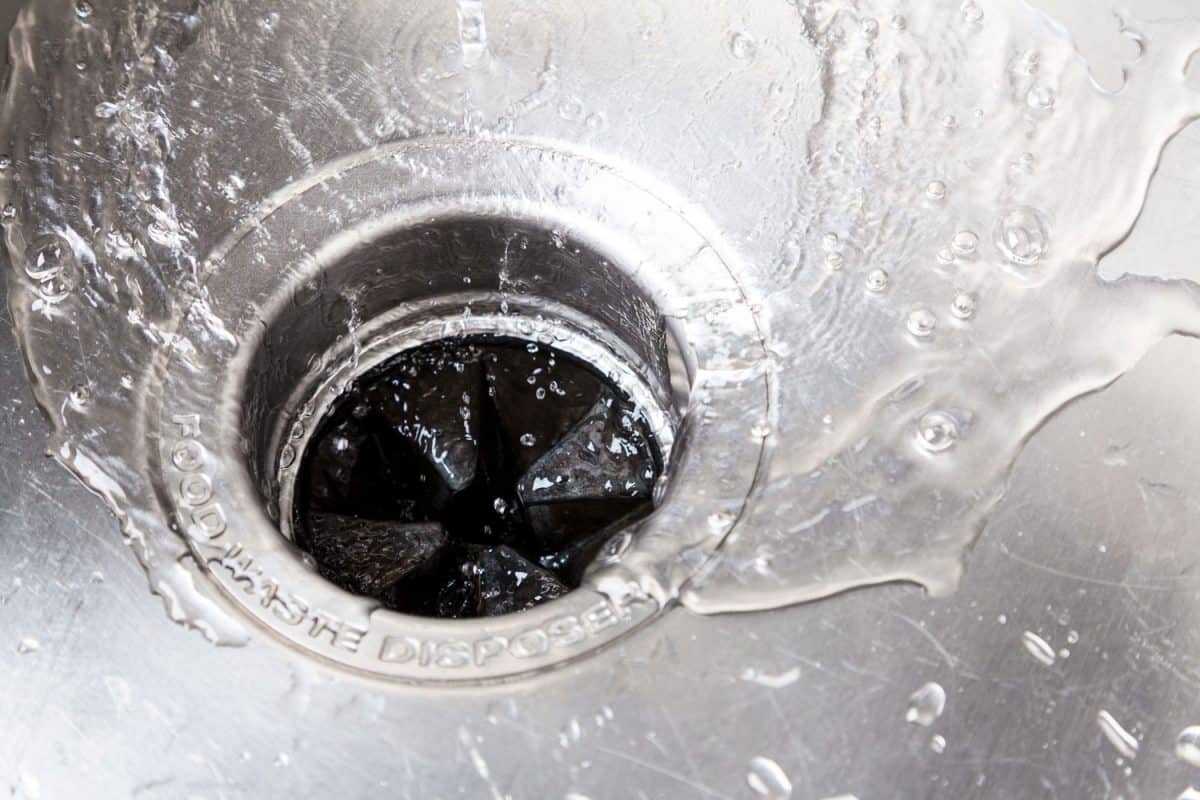 So, if you're thinking about reducing the smell with a simple deodorizer, it's essential to remove any clogs first!

Clogs happen when you put food items down the drain that the disposal can't handle. This situation occurs because of a misunderstanding of how garbage disposals work.

The two propellers in a garbage disposal are usually referred to as blades. Some would think they are in charge of cutting the items down to smaller pieces, but that's not the case. The job of the propellers is to funnel the food down through the disposal.

For this reason, many plumbers and manufacturers alike recommend avoiding putting some items into a garbage disposal. What are some of those items? Let's go over a few.

What Should Not Be Put In A Garbage Disposal? 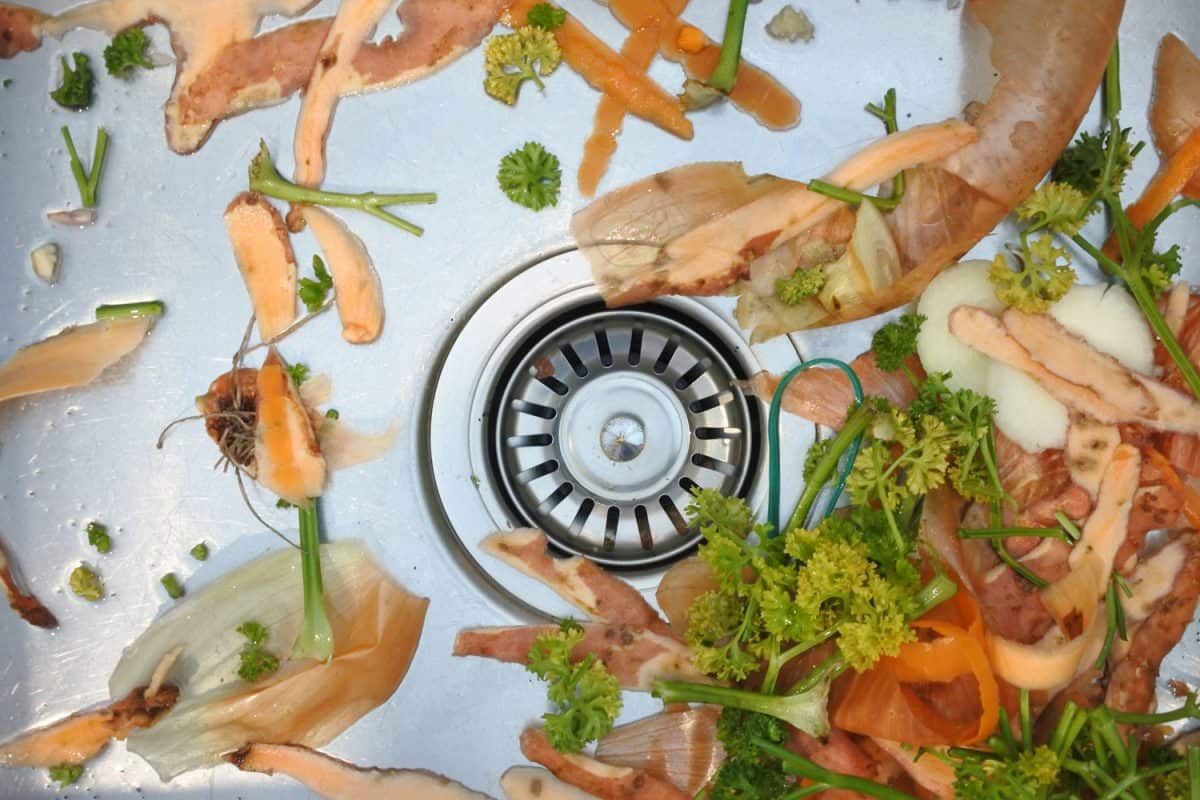 There are many items that you shouldn't put in a garbage disposal. The reasoning behind that is that they're only designed to handle food waste. Any other items will give the propellers and grinding ring a hard time.

But, what kind of food waste can you put into a garbage disposal? These are some of the items some would suggest:

As you might have noticed, there are limited types of food you can throw in the garbage disposal. While some food items are easy to break down, they don't travel too far because of their texture. One example would be coffee grounds.

Think of the end product in a coffee machine. Coffee grounds turn into a thick paste. Consequently, no matter how hard you try to wash it down with water, it's still going to be stuck in the drain line. This leads us to the next food item you shouldn't throw inside.

Starchy foods like rice, potatoes, and pasta could also be the source of odor in your garbage disposal. While they're easy to break down, they won't turn into a liquid form. Instead, they turn into a mushy paste. In large quantities, they will clog the drain line.

If you've been searching for ways to deodorize your garbage disposal, you might have seen citrus peels thrown around as an idea. People will usually recommend using lemon, lime, and even oranges for a fresh smell. Some will see success with this solution.

But others have encountered the opposite. In one instance, citrus peels had contributed to jamming a garbage disposal. So, why do people recommend it? It will usually depend on who you ask.

If you want success in deodorizing the garbage disposal with lemon or lime, you will need to cut up a small amount of it.

Otherwise, too much can contribute to problems down the line. If you're hesitant to go with this method because of the risk, there's an alternative to get the lemon scent. Some plumbing professionals recommend pouring lemon juice into the garbage disposal.

Still, you want to use lemon juice sparingly. There's also a risk that comes with using this method. The metal parts can potentially corrode with too much citric acid exposure.

How Do You Make A Garbage Disposal Smell Better With A Lemon? 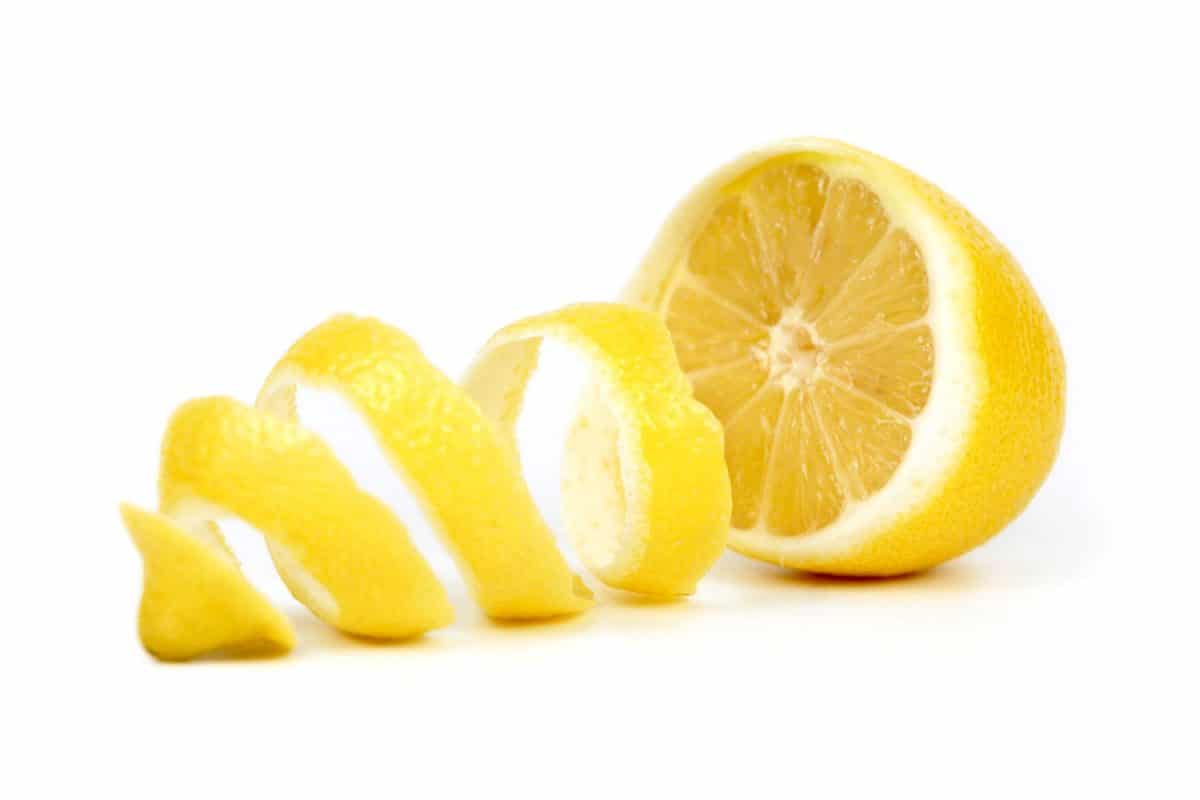 As we've seen above, some professionals recommend avoiding using lemon or lime slices to deodorize the garbage disposal. Others would recommend using lemon or other citrus fruit as part of your maintenance routine!

So, how can we do it safely? That is if you're still willing to try after becoming familiar with the risks.

You can start by cutting the lemon, lime, or orange into small pieces. In writing, this instruction can be a bit vague. We won't all have the same standard of small. So, we'll include a video further down to help you visualize what's a comfortable size.

Then, take a bowl of ice and let the water run. Start the garbage disposal. This process will grind the ice and remove any remaining food bits lingering inside.

After the ice clears, put the citrus bits into the garbage disposal. Of course, keep the water running. Run it for 5-10 seconds. Alternatively, you can let it run until it sounds clear.

It all sounds easy on paper. However, getting a visual example can be difficult. There are many sources out there. Which one can you trust? Here are two YouTube videos to help you:

It combines ice with small enough chunks of peel/rind to clean and deodorize the garbage disposal.

For additional help, here's an example of a riskier way of following this method:

As you can see, the chunks they put into the garbage disposal are big. A large piece of citrus fruit won't fare well for most models. The comments would also suggest this to be the case. After attempting the method in the example above, they had to call a plumber to fix the garbage disposal. 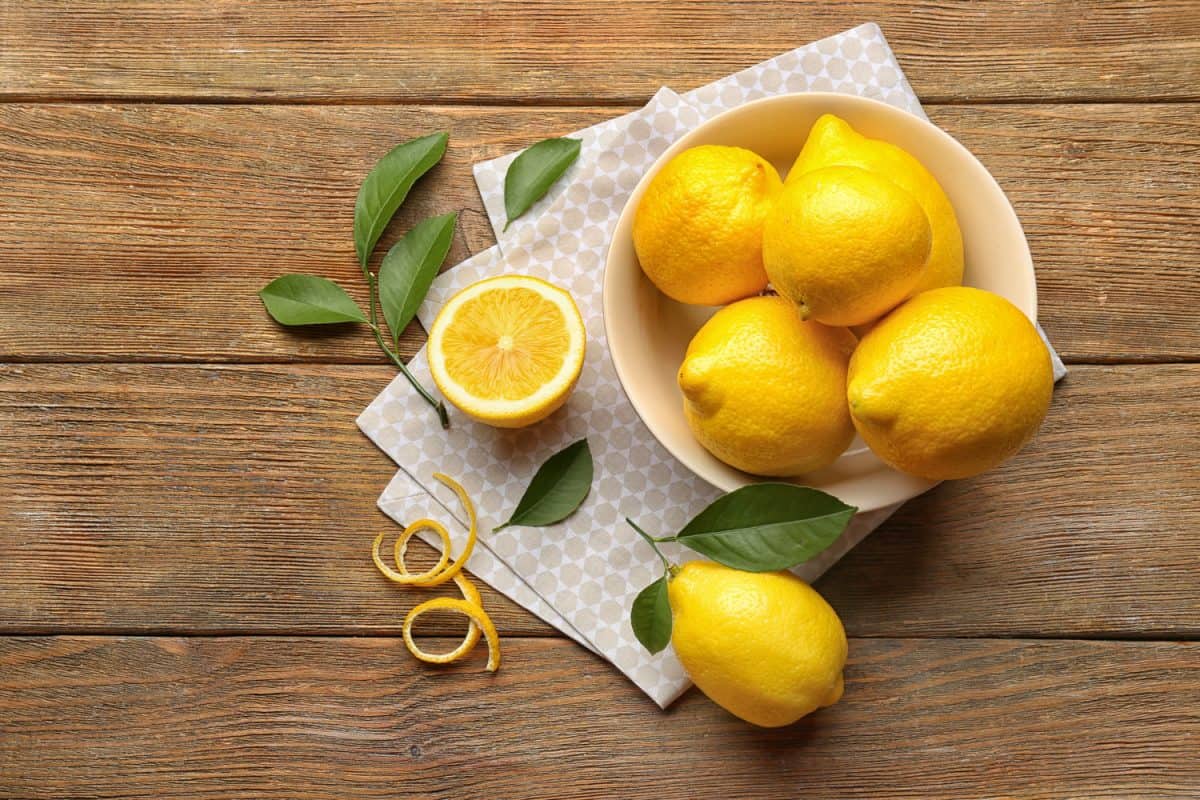 How Do You Disinfect A Garbage Disposal?

Considering food items can get stuck in the garbage disposal, you should also think about disinfecting. While lemon has antibacterial and anti-fungal properties, it is not a substitute for an actual disinfectant. For this reason, you can add a teaspoon of bleach to finish maintenance.

Of course, make sure to keep the water running if you choose to pour bleach down the garbage disposal.

Alternatively, you can pour a cup of white vinegar with half a cup of baking soda and let it sit for 10 minutes. Then, rinse the solution away with hot water. However, as some suggest, vinegar isn't an effective disinfectant.

If your main goal is to disinfect, bleach is the better option.

How Often Should You Clean Your Garbage Disposal?

Ideally, you should clean the garbage disposal every week. However, since it's a minor job that can easily slip the mind, some would suggest cleaning it anytime you do a deep cleaning of the kitchen.

So, if you're strapped for time and don't want to interrupt your schedule to clean the garbage disposal, add it to the list of chores on a cleaning day.

It also depends on how frequently you use the garbage disposal. If you sparingly use it, you can get away with a long period without cleaning. Still, it's safer to limit it to 2 weeks. This way, you can avoid the smell and any problems that may come with waiting too long. 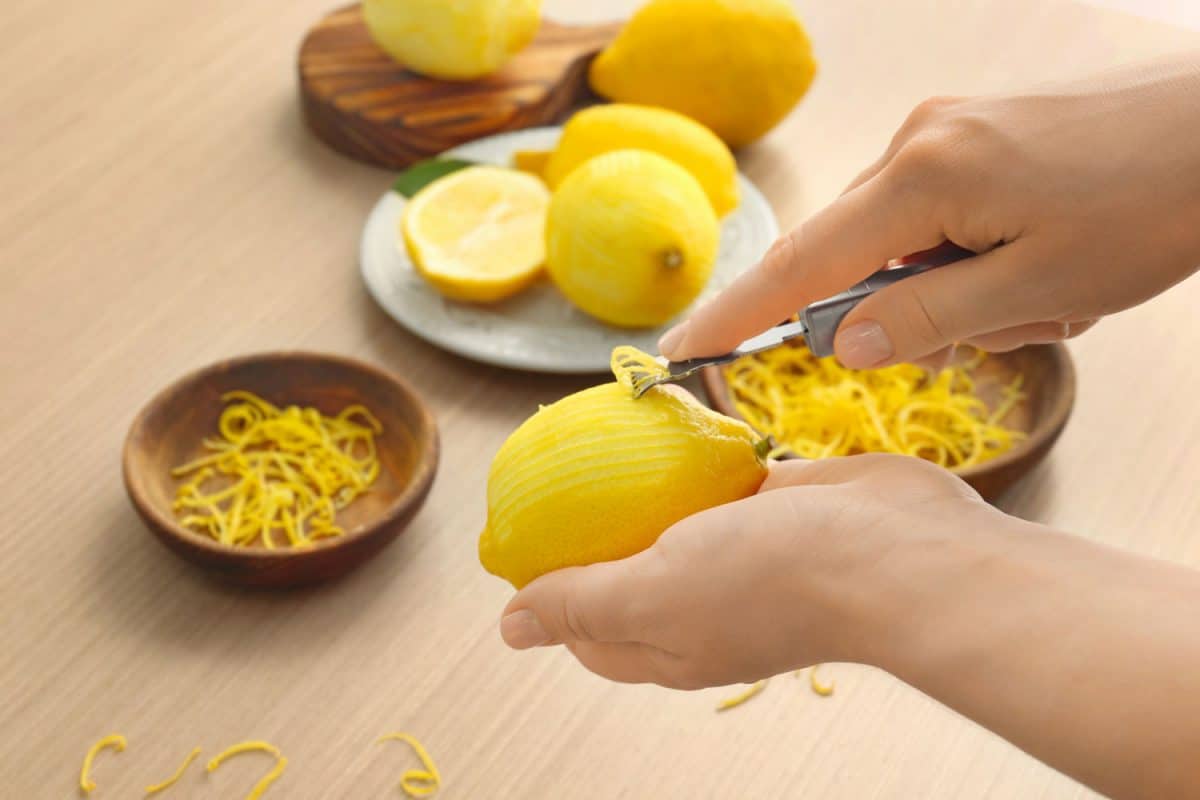 No one likes a sink that stinks to the highest degree. So, to get rid of the smell, we can look towards natural remedies! While a lemon scent sounds lovely, it's crucial that you know how to use it in the garbage disposal.

This way, you won't have to call the plumber for a preventable problem! We hope you found the information above helpful.

Before you go, are you curious to learn more about how garbage disposals work? You might be surprised to learn that they don't have blades! To learn more, check out this post: Do Garbage Disposals Have Blades?

Is your garbage disposal clogged? We can give you ideas on how to unclog it. For more information, check out this post: How To Unclog A Garbage Disposal With Standing Water?

How High Should A Pot Filler Be From The Floor?

How Big Is A Pizza Box? [By Brand]