After a long day, nothing's better than kicking back and cracking open a Bud Light. However, what if you've left the Bud Light sitting for a while? Does it expire? If that's your concern, let's discuss the details.

Bud Light—and many other beers—do expire. However, that's not to say you'll get sick after drinking it. You can drink it, but the new flavor will probably prevent you from drinking the whole thing. Over time, the Bud Light's quality will drop. So, avoid leaving beers sitting around for too long.

It's not that often that people would leave beers lying around unopened. Most would drink it as soon as they buy it. If you kept it around for a while, don't expect it to taste the same; it doesn't take long for a beer to drop in quality. If you'd like to learn more on this topic, keep reading. 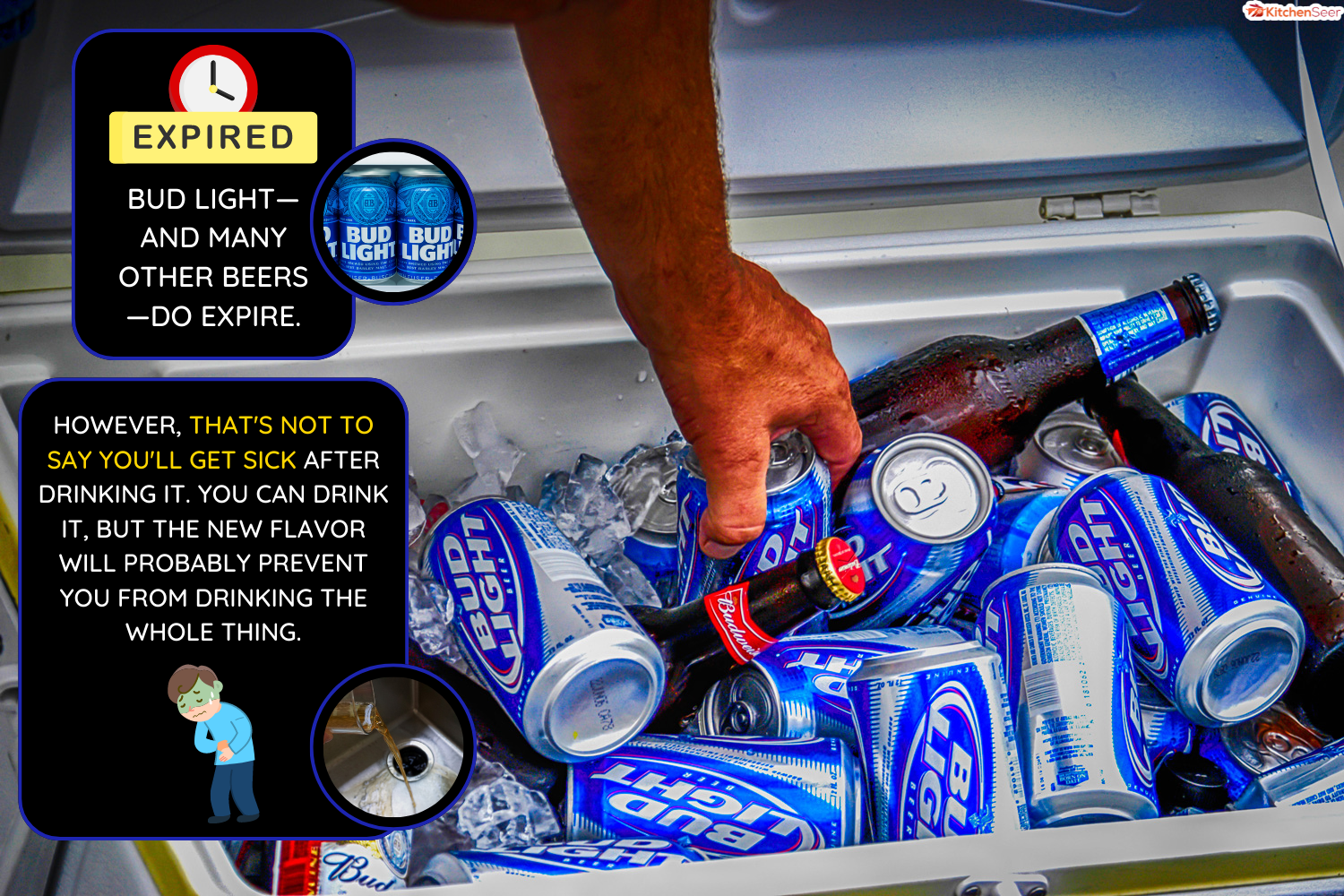 What Does The Best Before Date Mean On Beer?

Before we discuss what happens if you leave a beer unopened for too long, let's look at the expiration date. The words that precede a series of letters and numbers are usually "best before."

If it's not best before, there will be similar words preceding the date—like "freshest before." This labeling doesn't seem like it means much, but it hints at what could happen.

As the USDA states: "A 'Best if Used By/Before' date indicates when a product will be of best flavor or quality. It is not a purchase or safety date." 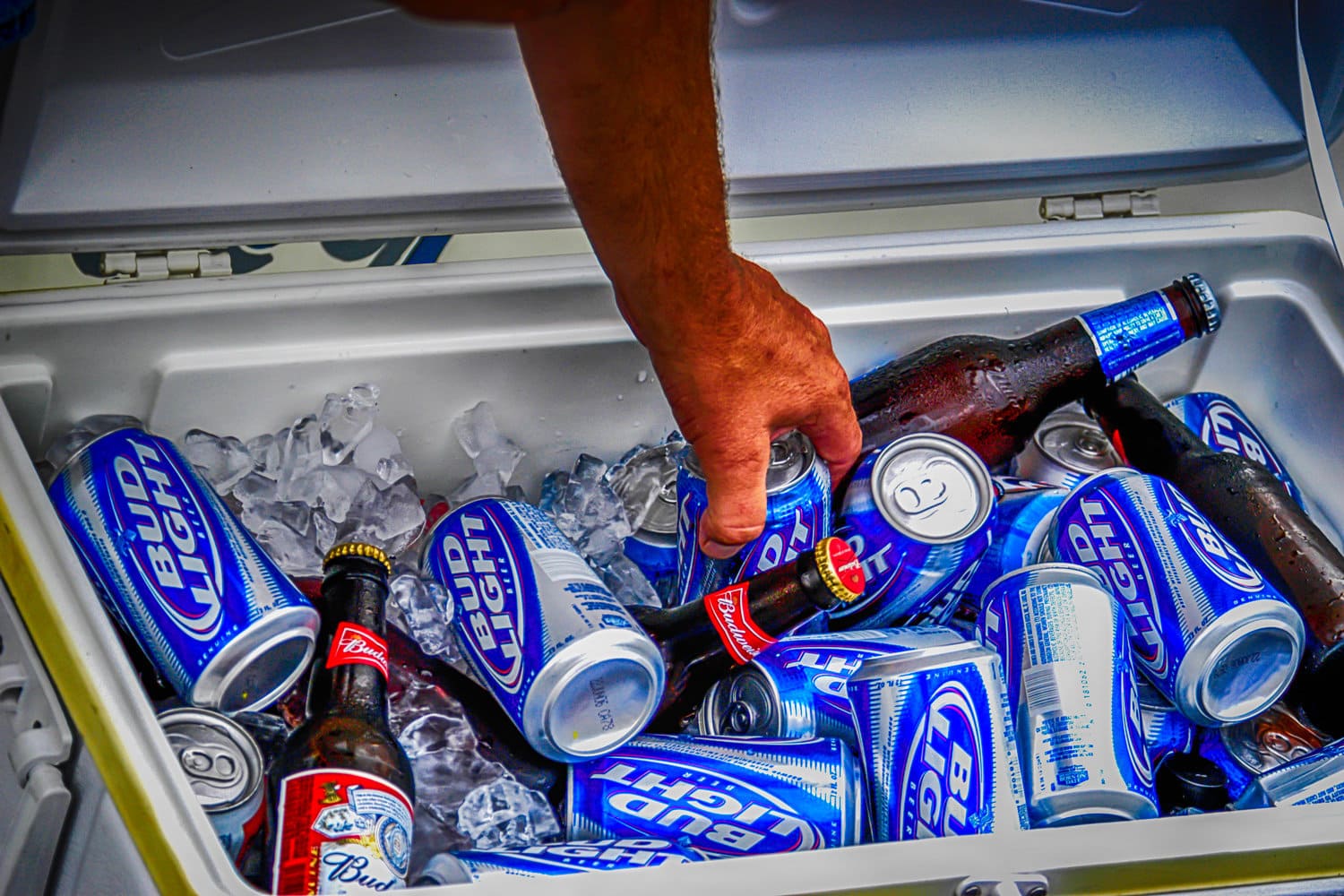 With this information, we can conclude that it isn't harmful to consume Bud Light after the indicated date. The best-before date is more about product quality. Therefore, you're still free to drink the beer, but there's no guarantee you'll like it.

Of course, you want to apply this information with caution; not all products with a best-before date are safe to consume after the specified date. If the food is safe for consumption—or not—is left up to the consumer and common sense.

For example, you probably wouldn't eat bread or meat after the best-before date. These products will typically show signs of spoilage that can be harmful when consumed. 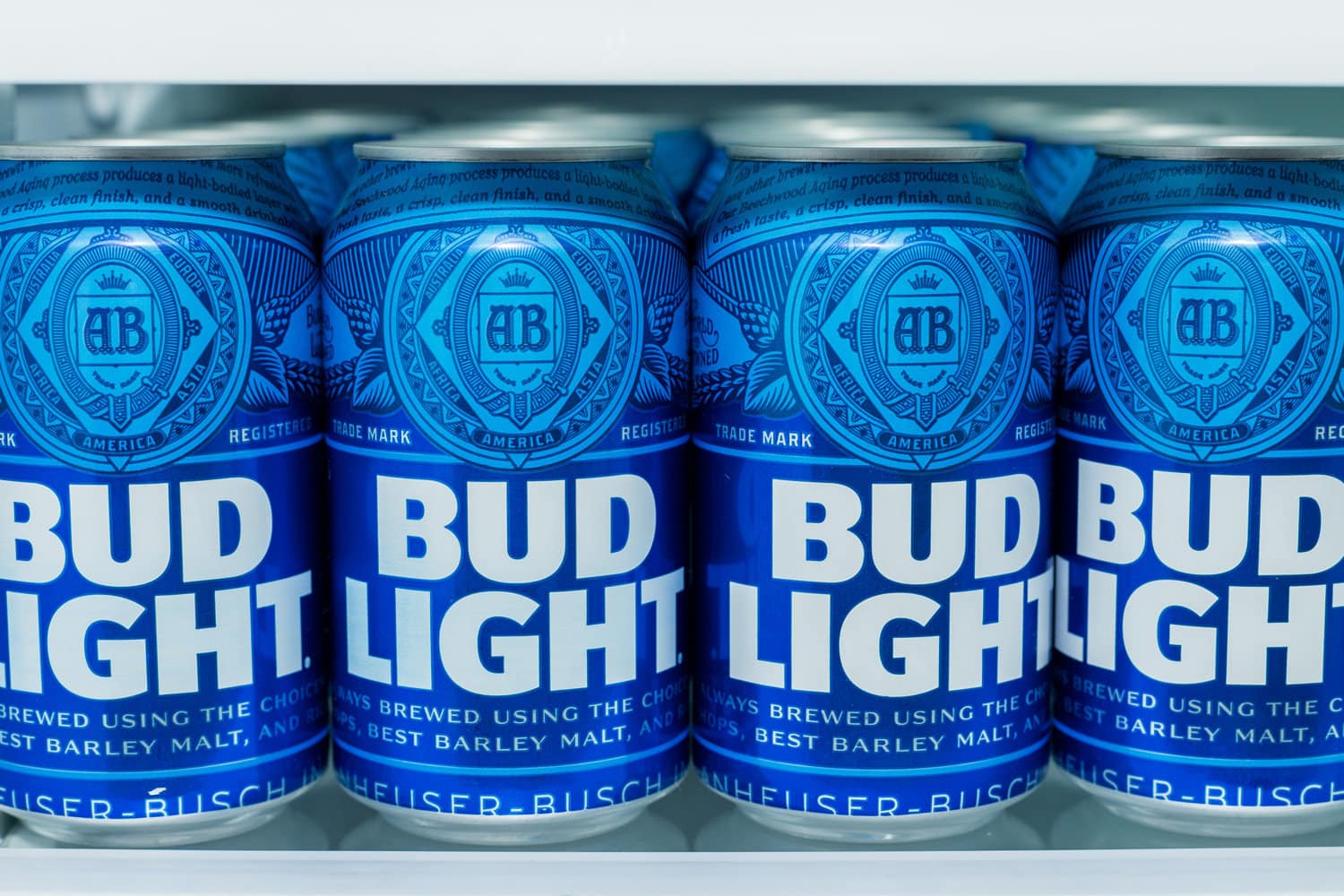 Now let's focus on the code that proceeds the words "freshest by." The code isn't too hard to decipher if you regularly read labels. However, older bottles of Bud Light use different food labeling and code.

This code is easy to understand. Drink the beer before that date to get the best experience. As mentioned, older bottles of Bud Light don't have this type of code.

The words you'll see precede the code are: "born on." The code that follows tells us the Bud Light's production date. It's been a while since Bud Light stopped using this labeling; Anheuser-Busch stopped using it in 2015.

Bud Light bottles with this food labeling are likely older than seven years old. At this point, it's safe to assume you won't like what comes out of the bottle.

Now it raises the question—how long after the expiration date can you drink Bud Light?

How Long Is Bud Light Good For? 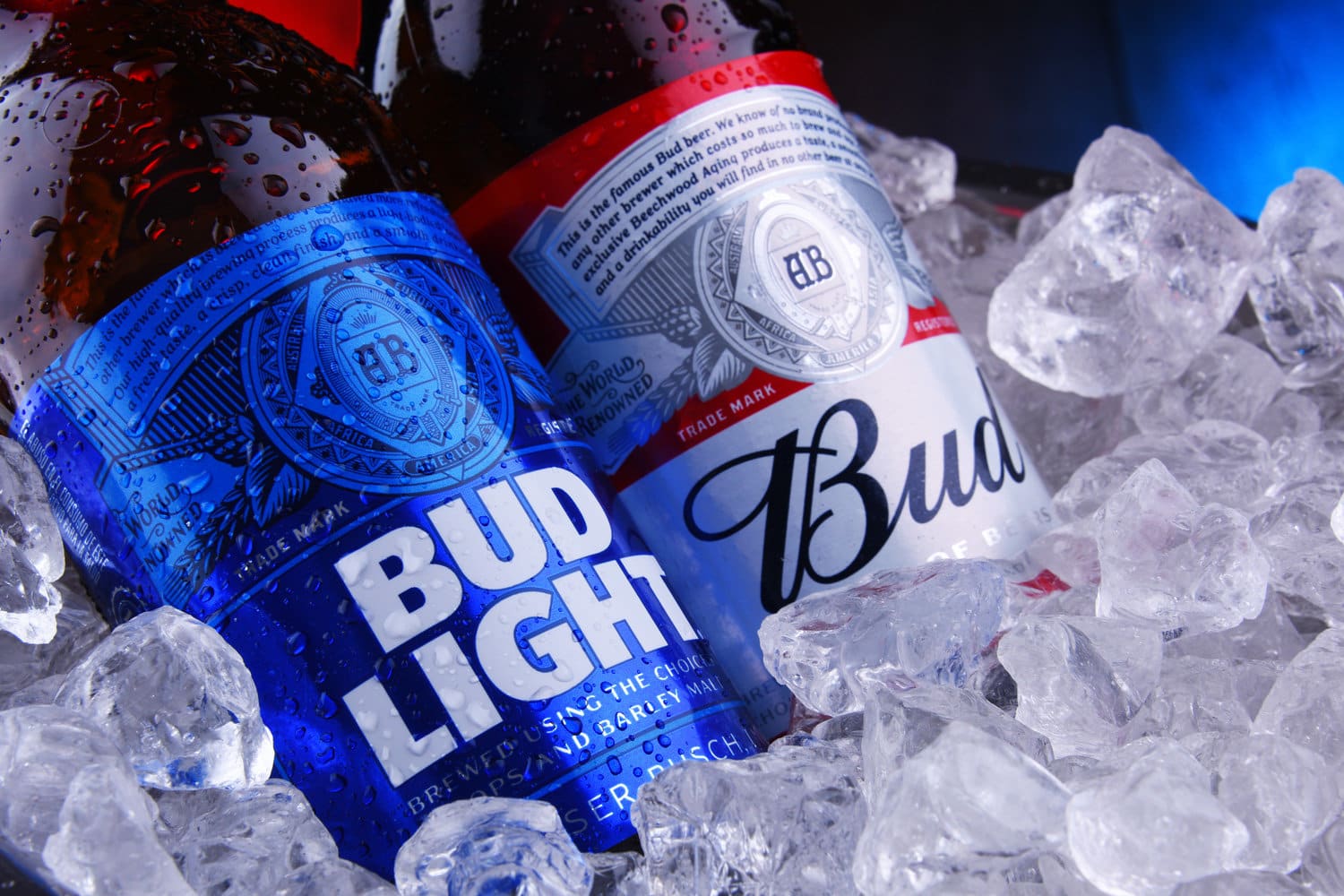 So, how long after the freshest-before date can you drink a Bud Light? The answer to this question is tricky; it's tough to answer because it's a matter of opinion.

If we want to go by Bud Light's recommendation, it's tough to say. In the past, Bud Light had a 110-day shelf-life guideline along with all the other Anheuser-Busch beers. In 2009, Anheuser-Busch dropped that guideline for their niche beers, but not Bud Light.

However, Bud Light does not mention this on its website or packaging. So, there's no way of knowing how long it's good for after the freshest-before date. If we go by generality, it should be good for about five months after the date printed on the bottle; that's if you store it properly.

It's A Matter Of Preference

Some beer enthusiasts say they can't taste the difference between a fresh Bud Light and one more than 100 days old. So, they'd drink the Bud Light regardless of the freshest-before date.

Others would probably refrain from drinking it at all. For this reason, the best way to determine how well Bud Light maintains its quality is to try it yourself.

Otherwise, you can take others' word for it. Cooks Illustrated writes: "While the fresh lager presented bright hops flavor and refreshing bitterness, the year-old bottle was distinctly malty, sweet, and, according to most tasters, 'flat.'"

The quote above describes the differences in flavor between fresh and old beer from the Boston Beer Company. So, you can expect a similar experience with your Bud Light.

The beer won't taste the same as if you drank it the same day you bought it. Take a sip and see how you like it. Most importantly, write down how old it is.

This way—if you like the taste—you can remember how long it's good for in your case.

What Happens If You Drink Expired Beer?

If you're somewhat new to beers, it might sound outlandish to suggest taking a sip of expired beer. After all, consuming foods way past their expiration date will make a person sick. So, it's safe to assume expired beer would do the same, but does it?

The truth is—it shouldn't! At most, some say it can give you an upset stomach. Otherwise, there's nothing in it that can make you sick. The beer-making process eliminates as many bacteria as possible.

A beer's flavor over time is a different case; some age better than others.

Does Expired Beer Still Get You Drunk?

There are many reasons a person would drink a beer; one reason is their alcohol content. Some people enjoy the buzz it can give them.

Since beers lose their flavor over time, does the same happen to their potency? If the alcohol content is what you're after, you'd be delighted to know that the beer won't lose it the older it gets.

There's nothing in the beer to produce more or remove it. So—if you're looking for a buzz—drink up. Though, that's if you can stomach the new flavor.

How Do You Use Expired Beer? 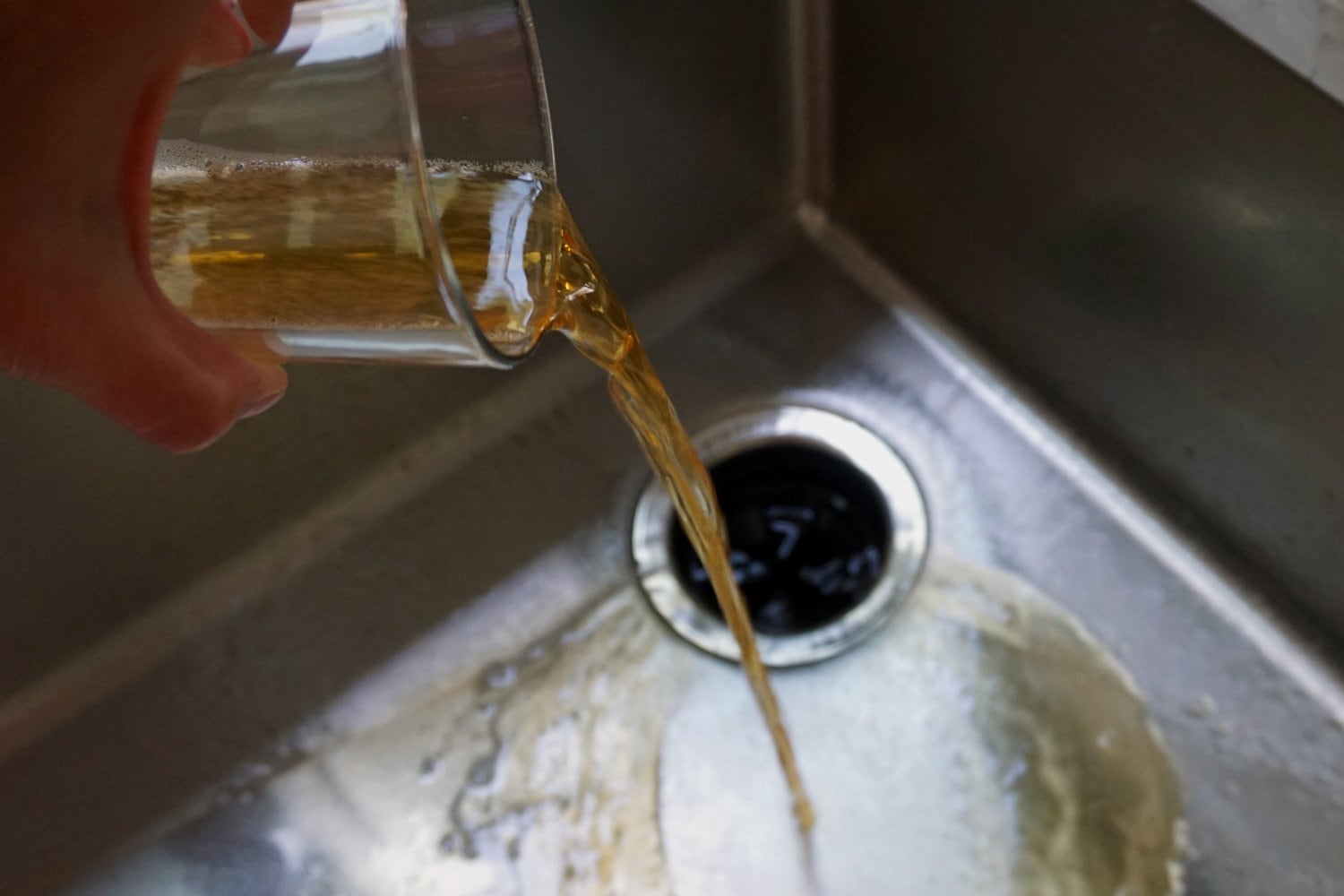 It's a bummer when a beer expires before you can drink it, and it hurts more because it was a waste of money. If you tasted it—and didn't like it—there's nothing more to do than pour it out. However, is that truly the only thing you can do?

It depends; there's a lot you can do with expired beer. Though, it's up to you to decide if it's worthwhile. Surprisingly, there are various uses for old, stale beer.

You can use it for cooking, cleaning, and pest control. It's versatile, but some of these uses make it sound less appetizing. If you can't stomach the flavor it has, it probably won't do good in a bread recipe or as a marinade for meat.

Instead, you can use it as a bug trap or rust remover. If you don't have pest or rust problems, you could also use the beer as a stain remover. Beyond that, there's not much to do other than pour it out. In any case, it's something to consider.

How Do You Know If Beer Is Bad?

Sometimes, you don't want to taste the beer to check if it's in good condition. After all, who wants to experience something similar to cardboard water in the mouth? Some of us would rather save ourselves the trouble of trying to wash down a horrible flavor.

However, this issue develops when you store the beer incorrectly. Beer tends to form a skunk smell when it sits in the sun for too long. This issue applies more to Bud Light housed in a glass bottle. 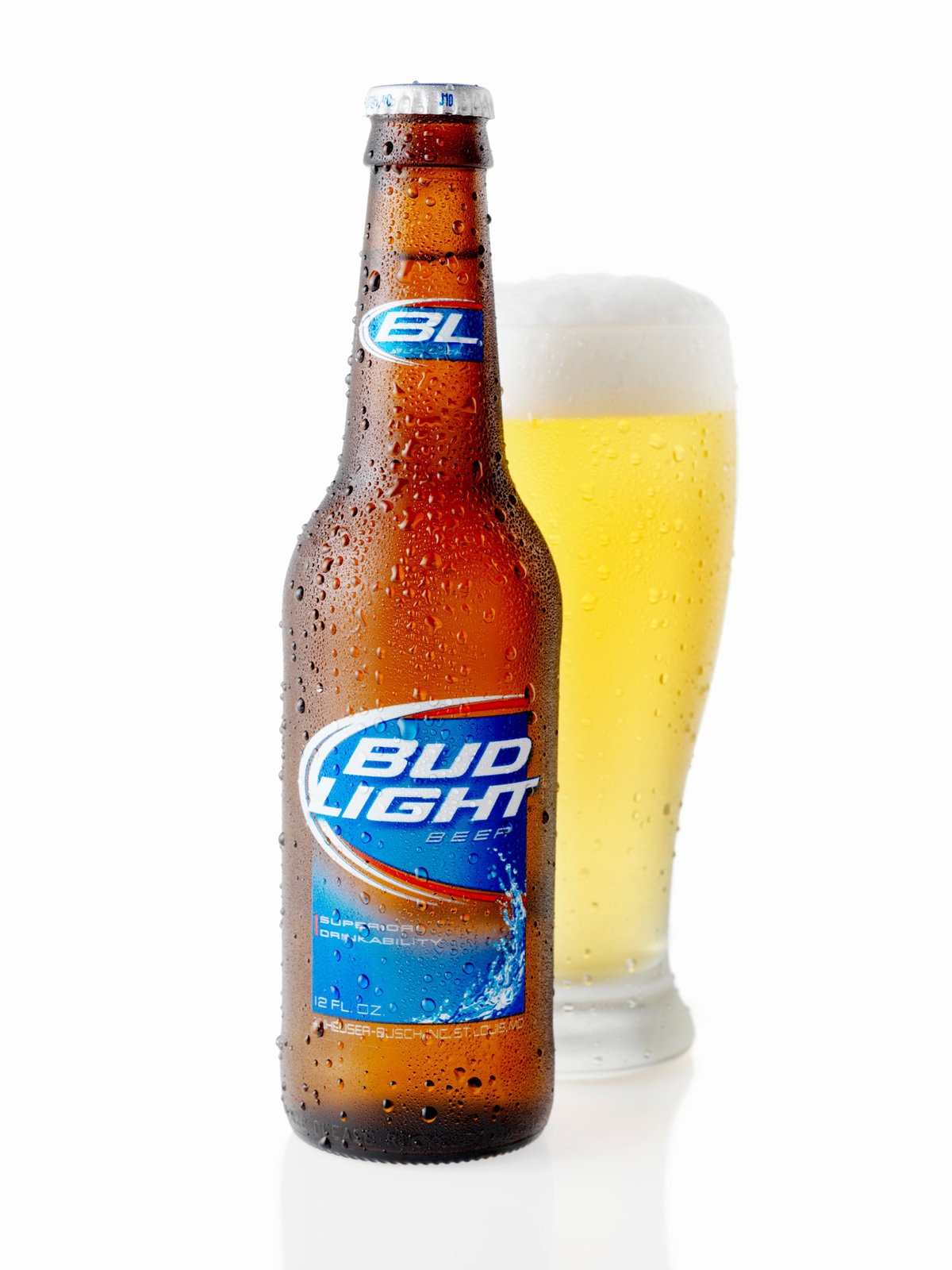 Cans will take longer to spoil, and they're unlikely to develop a skunky smell like the glass ones. Other than that, there's no way to tell if the beer's bad other than checking the freshest-before date and tasting it.

You'll have to take many people's word for how stale old beer can taste.

So, what do you think? Are you going to take a sip of the old Bud Light you have? Hopefully, we gave you enough information to discourage you from doing so. Regardless, we hope you found this informative.

Before you go, do you have other beer concerns? Are you looking to purchase a beer glass? You might want to know the difference the shape of the glass makes! To learn more, check out:

Does The Shape Of Beer Glasses Make A Difference?

Are you curious to know if other items in your home expire? We may have some topics that interest you:

Can Dishwasher Pods And Tablets Expire?

Should You Cook Pizza Sauce?

Should You Sear A Roast Before Putting It In The Oven?