Finding new treats to make in your kitchen at home can be an exciting challenge. However, you want to be sure of what you're baking, especially if you want to make butterscotch or caramel. Many people have trouble telling the two apart, which can be tricky without key information.

Luckily, we've done plenty of research into these treats and have their differences below!

Regarding color, butterscotch is generally more golden than caramel, but the two are almost identical if you follow certain recipes. And for texture, butterscotch will be a bit softer than caramel and have a richer flavoring.

As we start this article, we will cover all things butterscotch and caramel and discuss their key differences. Whether you're new to making these treats, can't ever tell them apart at the store, or need additional help, we're here for you. With that said, let's dive right into this topic! 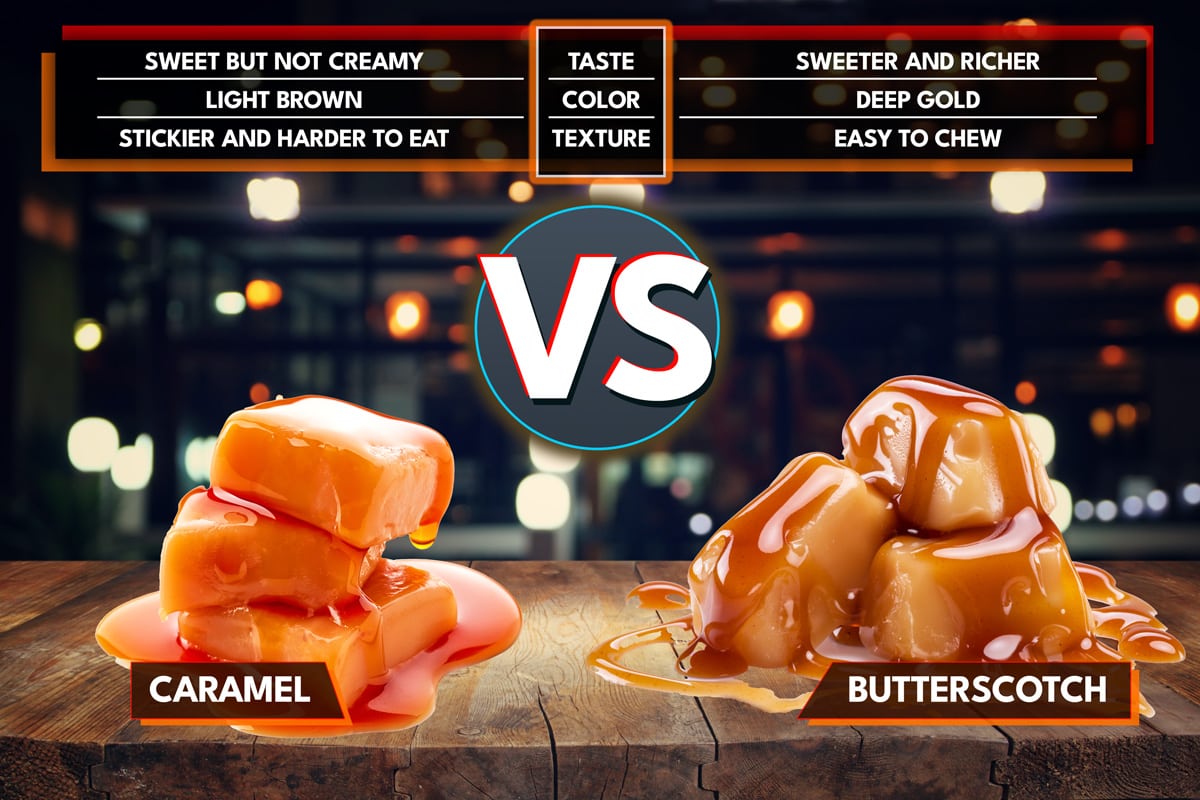 Now that you know butterscotch and caramel have a few notable differences, it's best to understand why these sweet treats can't be considered each other or made the same way.

Since both are cooked sugar concoctions, it's easy for many chefs to get them mixed up. However, even though you might prepare butterscotch and caramel similarly, it doesn't mean they're the same.

That becomes important because brown sugar will produce molasses during the cooking process, giving your butterscotch its ultra-creamy texture and flavor.

To simplify that, consider caramel as sugar you heat and melt until it's brown, not burned. With that in mind, let's dive deeper into some other crucial contrasts between these sweet treats below. 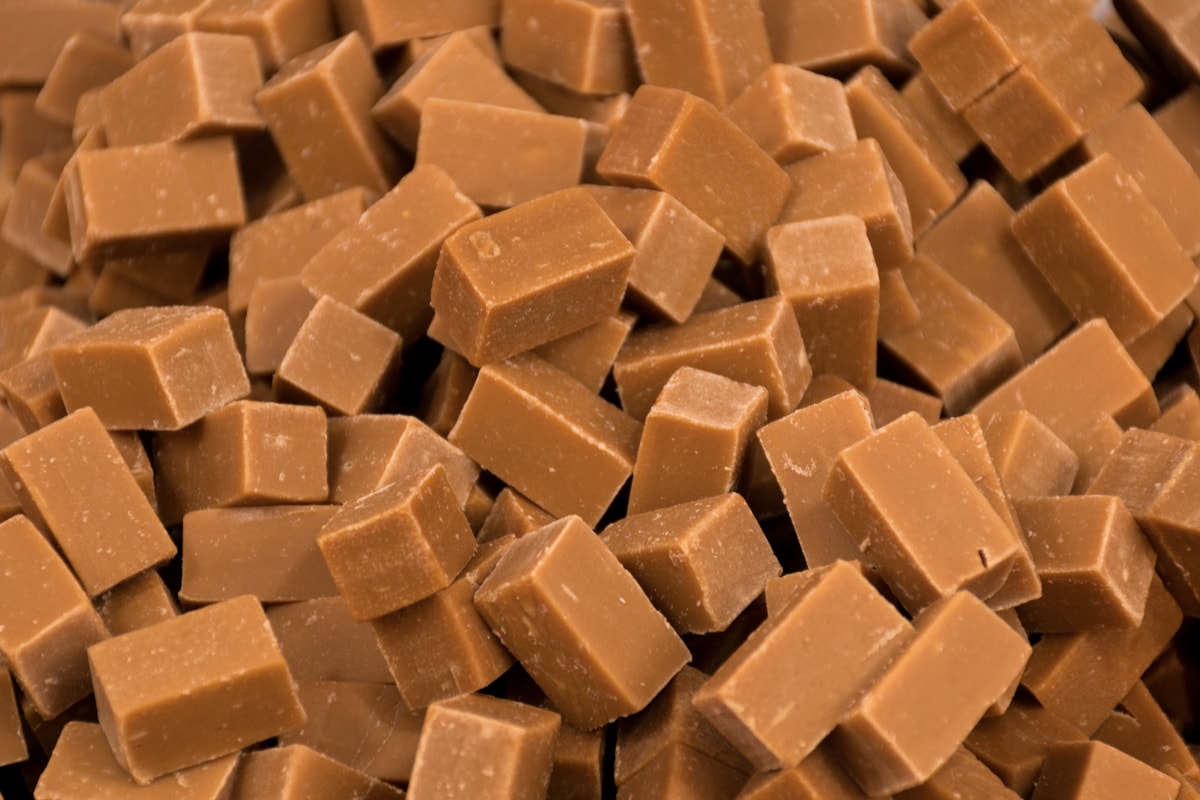 Most importantly, butterscotch and caramel will have subtle differences in their taste. Typically, you can expect butterscotch to have more of a sweet, rich taste compared to standard caramel.

In contrast, the caramel will be sweet but not as rich and creamy as butterscotch. You can also expect caramel to take on a more sophisticated flavoring in most recipes, as it isn't usually targeted to kids like butterscotch is.

That goes for candied butterscotch and candied caramel, as you can make them into sauces. The ever-loved caramel apple craze is a holiday favorite, while butterscotch still tends to be more candy-specific.

According to some experts, an easy way to remember the difference between caramel and butterscotch is that caramel usually has an almost bitter note, while butterscotch is only sweet. 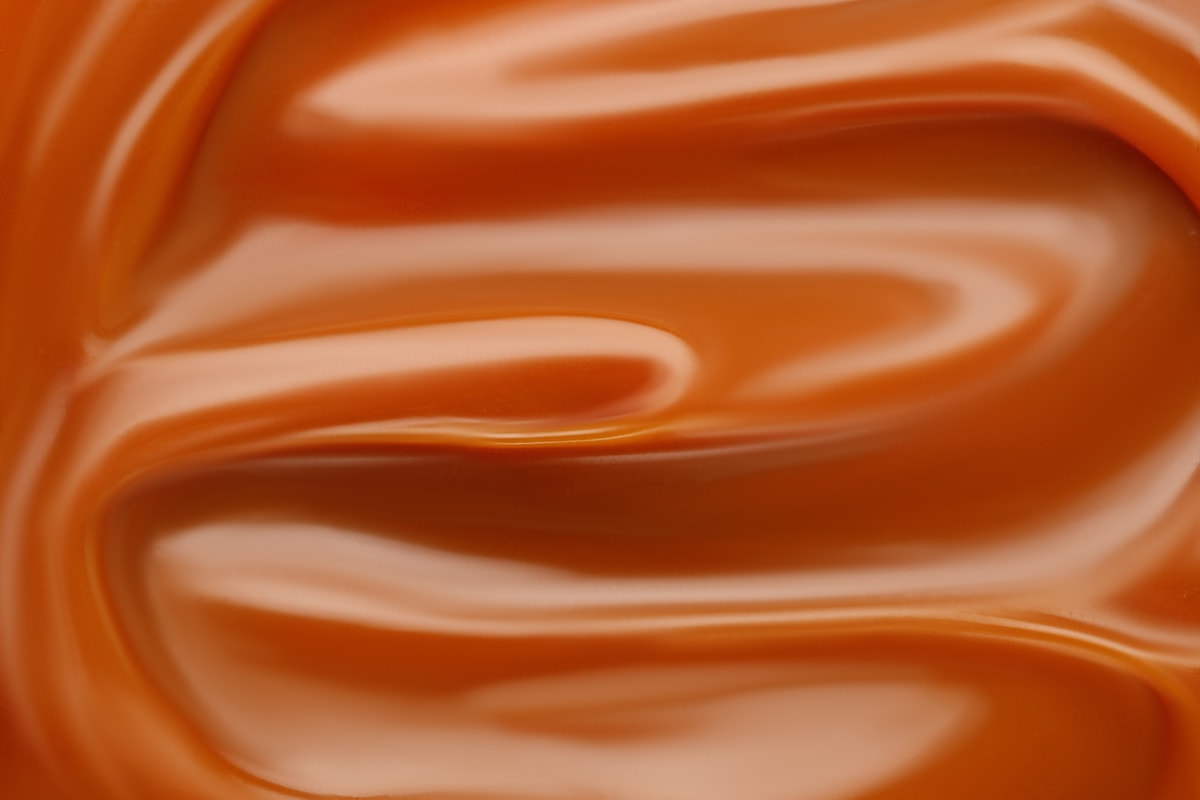 Moving to color, it can be hard to distinguish between butterscotch and caramel. Since some recipes for butterscotch make it around the same shade as caramel, you'll need to sometimes do a taste test to be 100% sure.

However, for most butterscotch recipes, the brown sugar will give your candies a deeper golden appearance, while caramel tends to stay lighter and sometimes have a brownish hue.

Of course, this can still make telling the two apart very complicated. Therefore, if you're making both sweet treats at once, we recommend two separate pans.

Again, we aren't sure anyone would notice if they got mixed up, but for this article, let's keep the two separate. Additionally, you can always add a bit more brown sugar to your butterscotch to give it a distinguishable gold color.

When comparing the texture of caramel and butterscotch: this is where the main difference comes into play. Most times, butterscotch will be easy to chew and has a creamier feeling than caramel.

On the other hand, caramel tends to be stickier and harder to eat in one bite, as it's a bit more packed together. A common issue chefs run into with caramel is making it too hard.

Therefore, you can add milk, cream, or water to soften the caramel, giving it more of a butterscotch consistency. Again, butterscotch wins in the texture department, as it's not very sticky or difficult to eat.

That said, butterscotch can still be chewy, especially if it has a lot of brown sugar and molasses. We would say caramel is a bit harder to chew, and butterscotch is creamier and easier to get down.

Are Caramel And Butterscotch The Same Thing?

No, even though these two sweet treats are similar, they have a few differences that set them apart. As we mentioned above, the main difference in these desserts is the sugar you use to make them.

Caramel uses granulated (white) sugar, while butterscotch uses brown sugar. Even though that may seem asinine, the brown sugar will split during heating, creating molasses.

Not only does this give butterscotch a creamier taste, but it also affects its color and texture. In contrast, caramel's granulated sugar will not create molasses during the cooking process.

Therefore, you can expect caramel to be less creamy and even a bit chewier and even hard. Of course, there are ways to make your caramel more creamy, so you aren't forced into one option for consistency.

Without the molasses, however, it won't be easy to replicate the taste of butterscotch in other recipes. So, between the two, you may want to try butterscotch if you like your sweets thicker and creamier.

Is Salted Caramel The Same As Butterscotch?

Although salted caramel is a bit closer to butterscotch versus regular: they are still not the same. Generally, you will use white granulated sugar, heavy whipping cream, and butter, with a dash of vanilla and sea salt, to make salted caramel.

As you can see, this list is missing the one ingredient that makes butterscotch: brown sugar. Therefore, even if the two share many traits, they still aren't the same.

One of the main factors for separating these desserts is their sugar. Brown sugar will always produce a thicker, creamier final result than white sugar.

This comes down to how they molecularly break down once heated. For example, when you make a cup of hot coffee, you will usually put white granulated sugar into your container for sweetening.

That's because brown sugar will turn into a thick liquid and settle at the bottom of your cup. Again, some people don't mind the thicker consistency, but you don't see brown sugar as much in drink mixing. 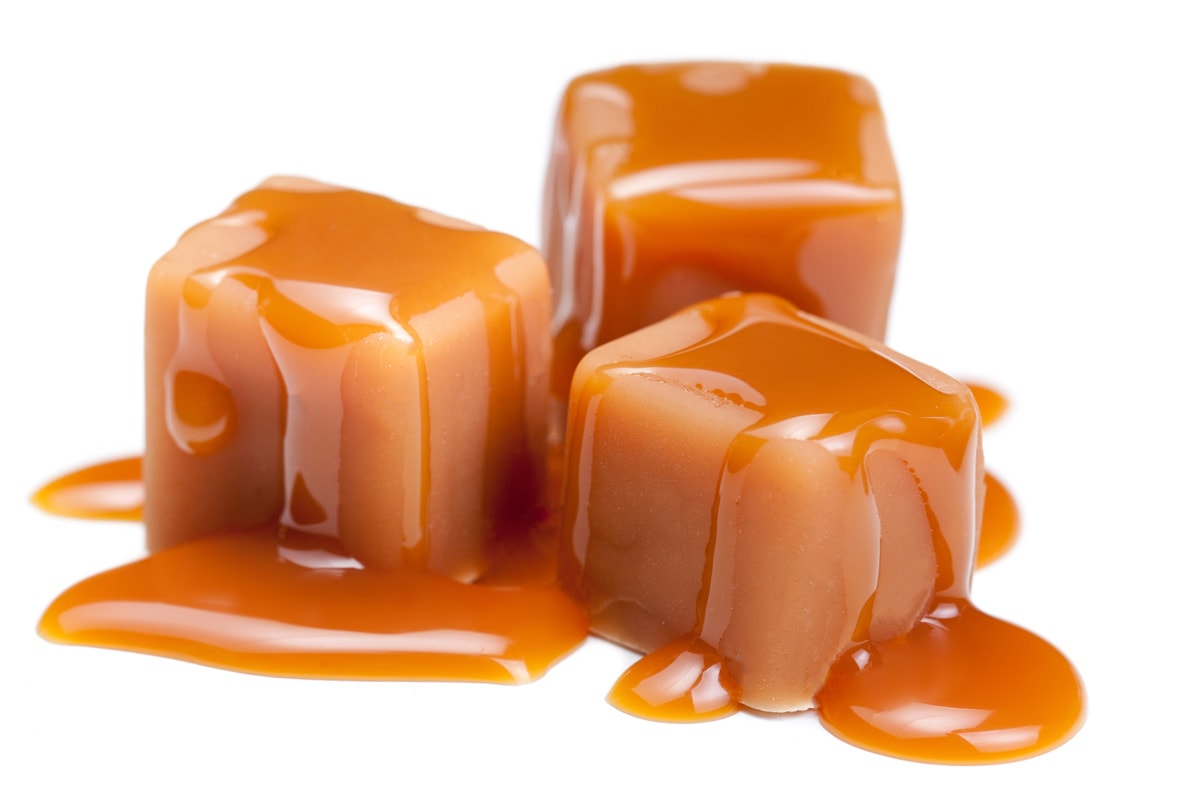 Although this could start an even lengthier discussion, butterscotch and caramel are both delicious in their own respects. However, if you are looking for a sweeter choice, we recommend butterscotch.

Remember, butterscotch has a creamier, sweeter flavor compared to caramel. Many people describe some caramels as having almost a bitter sub-taste, often putting it into a more mature palette.

If you ever go to a candy store, you might notice caramel often comes in fancier packaging and is more expensive. Butterscotch tends to be more geared toward the sweet-lovers and feels more casual.

Sweeter candy usually does better with younger audiences, so if you have a child choose between the two: they'll likely go with butterscotch.

Adults also love sweet, creamy desserts, so this may come out as a unanimous victory for butterscotch over caramel. Again, everyone's different, but in terms of sweetness and texture, we believe butterscotch tastes better than caramel.

Is Butterscotch Easier To Make Than Caramel?

Not necessarily. Since both these desserts are essentially cooked sugars, you prepare them the same way. The main difference is what you use to make them.

Generally, you will prepare butterscotch on the stove in a pot (the same as caramel).

So, you can see the two share a similar cooking process.

Of course, you might need to wait longer for some caramels or butterscotches to boil, adding or subtracting certain ingredients, so not all cooking processes are the same.

Regardless, you will need to use the stove and boil your sugars into a liquid for butterscotch and caramel, so in that way, they're both about the same in terms of easiness.

Can You Make Butterscotch Into A Sauce? What About Caramel? 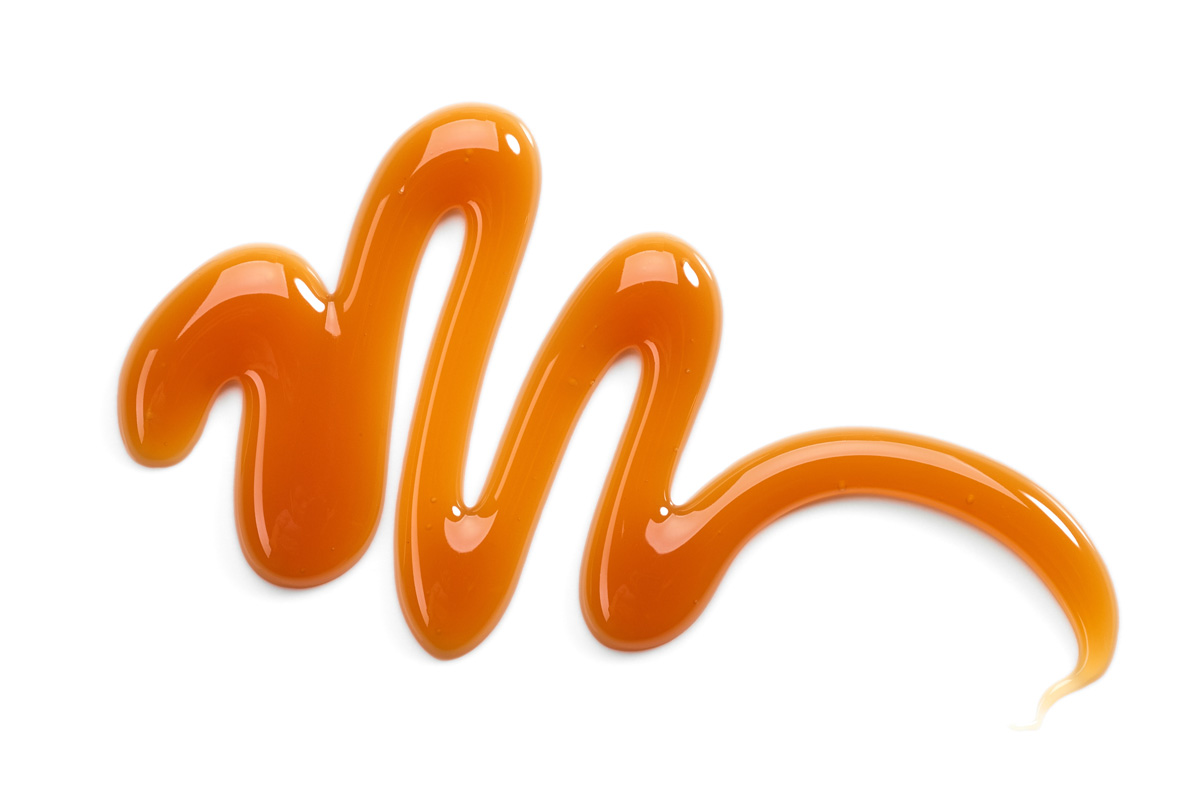 Yes! If you want to create a butterscotch or caramel sauce/drizzle to add to another dessert or recipe, that's entirely possible.

Generally, you will follow the regular steps for making the two, and then instead of forming them into hard candies: you drizzle the hot sauce onto your other food.

For example, the caramel dipping sauce is very popular and is perfect for apples. In that situation, all you need to do is dip your apples into the pot with the caramel and let them harden.

Similarly, if you want to drizzle butterscotch over pancakes or another sweet treat, you can pour it right from the pot or container in which it is still a liquid. It's that easy!

Whether you want to make caramel or butterscotch, it's always good to know their differences. From what we found, although similar, butterscotch and caramel have different tastes, colors, and flavors.

You can almost always expect butterscotch to be sweeter and creamier between the two. Furthermore, butterscotch should be deeper gold in color, while caramel will be lighter or brownish.

You can also tell the two apart because caramel has an under-taste of bitterness, while butterscotch is very sweet: always.

And while we have your attention, check out these helpful related cooking articles!

Does Butterscotch Have Dairy? [With Ways To Make It Vegan]

Caramel Sauce Vs. Syrup: What Are The Differences?

Can You Melt Butterscotch Hard Candy?

Can You Freeze Chocolate Truffles? How Long Will They Last?