There is not much better than a homemade pie! What makes a perfect pie often comes down to a richly flavored crispy crust that is easy to slice and serve with no soggy bottom. Since the crust is usually what makes the pie a hit or not, some questions may come up during the preparation and baking, such as should you butter a pie dish? We've reviewed countless recipes and chefs' recommendations to get the answer to this timeless question.

The consensus on if a pie dish should be buttered tends to lean towards no because it can affect the crust's texture. The crust already contains quite a bit of fat, one of the three main ingredients, and that butter or other fat contained in the crust is enough that the dish does not need to be buttered. However, a spritz of non-stick spray and a dash of flour to coat the pan can lead to an easier time serving pie slices.

There is a bit more to a perfect pie, such as what the role of the fat, like butter, has in the pie, how to keep the crust from sticking, whether or why to use parchment paper, and how to get a crispy bottom crust. Please keep reading as we delve into the best baking methods for a crisp crust every time! 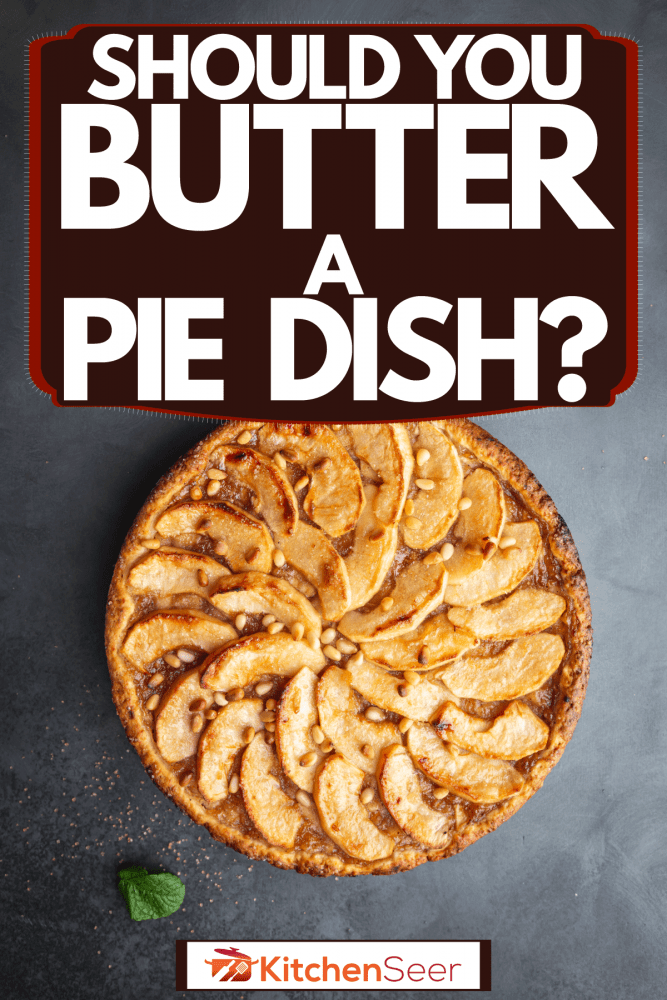 What Does Butter do in Pie?

A pie crust consists of flour, a type of fat, and some form of liquid. While this seems simple enough, other factors impact the result. The flavor and how flaky the crust is depends on what is used as the fat, such as butter. It often comes down to the desired rich flavor butter adds to a pie.

Making sure the butter is chilled rather than warm creates layers of fat and flour which equal a nice flaky crust. The water content in butter makes a significant difference. It is often why people prefer butter over other fat options. As the water portion of the butter evaporates, it leads to a flakier crust in the end. 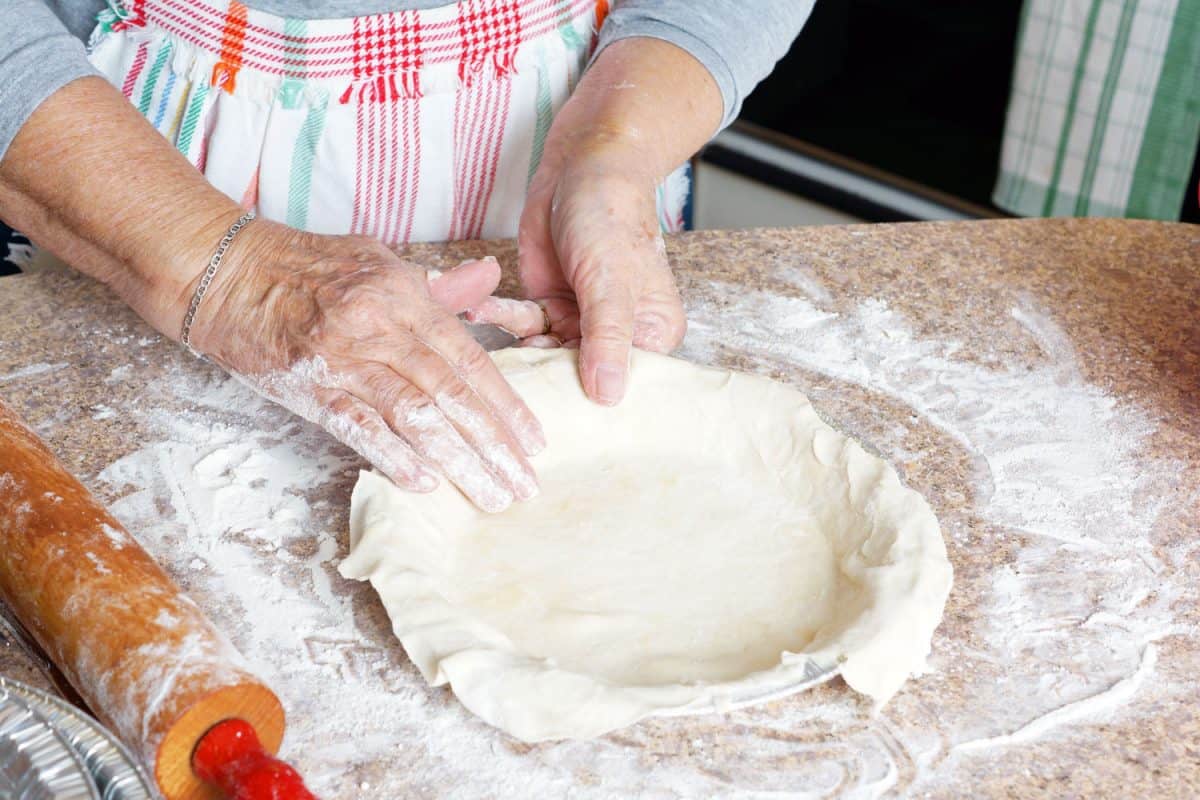 How to Keep the Crust from Sticking

Imagine cutting into a homemade pie only to have the crust stick to the pan. Oh, no! One can avoid this nightmare by sprinkling a bit of flour between the pie crust and the dish. It is important to go easy on this since too much flour can dry out the crust leading to a different problem. Alternatively, a piece of parchment paper between the bottom of the crust and dish can also work well.

If pre-baking the crust, be sure to poke holes in the bottom to let the steam escape. The pie should be allowed enough time to completely cool and settle before cutting to ensure a nice clean slice with less of a chance of it falling apart. It may depend on the type of pie dish used for the pie whether sticking will be a problem as well as the types of ingredients used. 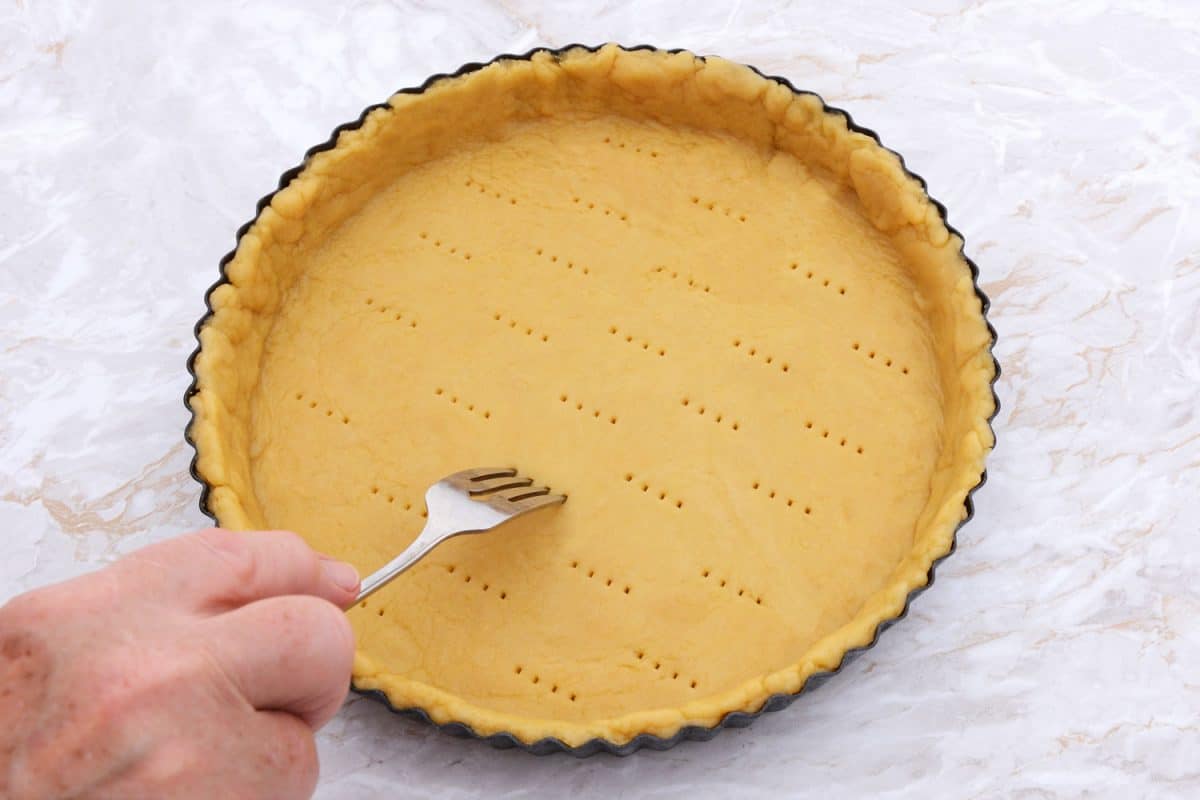 Immersing the bottom of the dish in some hot water can soften any fats in the crust bottom that harden during cooling, especially if stored in the refrigerator, making it easier to slice and serve. A few other helpful tips include:

Can You Put Parchment Paper Under a Pie Crust?

Parchment paper may be used for ease of cleanup and to keep everything together. It may also be helpful to use some parchment paper when rolling out the crust as well. This can be especially useful if the crust requires a few rotations to get that smooth circle perfect for a pie dish.

Placing the dough between two sheets of parchment paper while rolling it out can prevent the crust from sticking or being handled too much since warm hands can cause the fat to begin to melt, causing a less flaky crust. The ingredients must be cold, so placing the dough in the refrigerator for a while or during the process may help.

If prebaking the crust, parchment paper can be placed on top of the crust and then weighed down with pie weights or by using beans or rice. Be sure to poke some holes in the bottom of the crust; a fork works just fine for this, first to let steam escape.

The bottom crust depends on what the pie is baked in, like glass, aluminum, or other pan materials. A thicker pie dish gets hotter and absorbs more heat leading to a crispier crust. It also depends on the kind of pie since some filling has more liquid than others. Be sure to cut some slits on the top crust if the pie has a top crust to let any steam out.

Mixing a bit of flour and sugar and sprinkling it over the bottom of the crust or brushing on some beaten egg white before the filling can prevent a soggy bottom crust.

If the pie is frozen before baking, then the crust bakes first as the filling thaws out, and the entire pie bakes a bit longer than usual, which can also prevent a soggy bottom crust. Another option is to pre-bake the crust, but the verdict on that can go one way or the other. Much of it comes down to preferences. 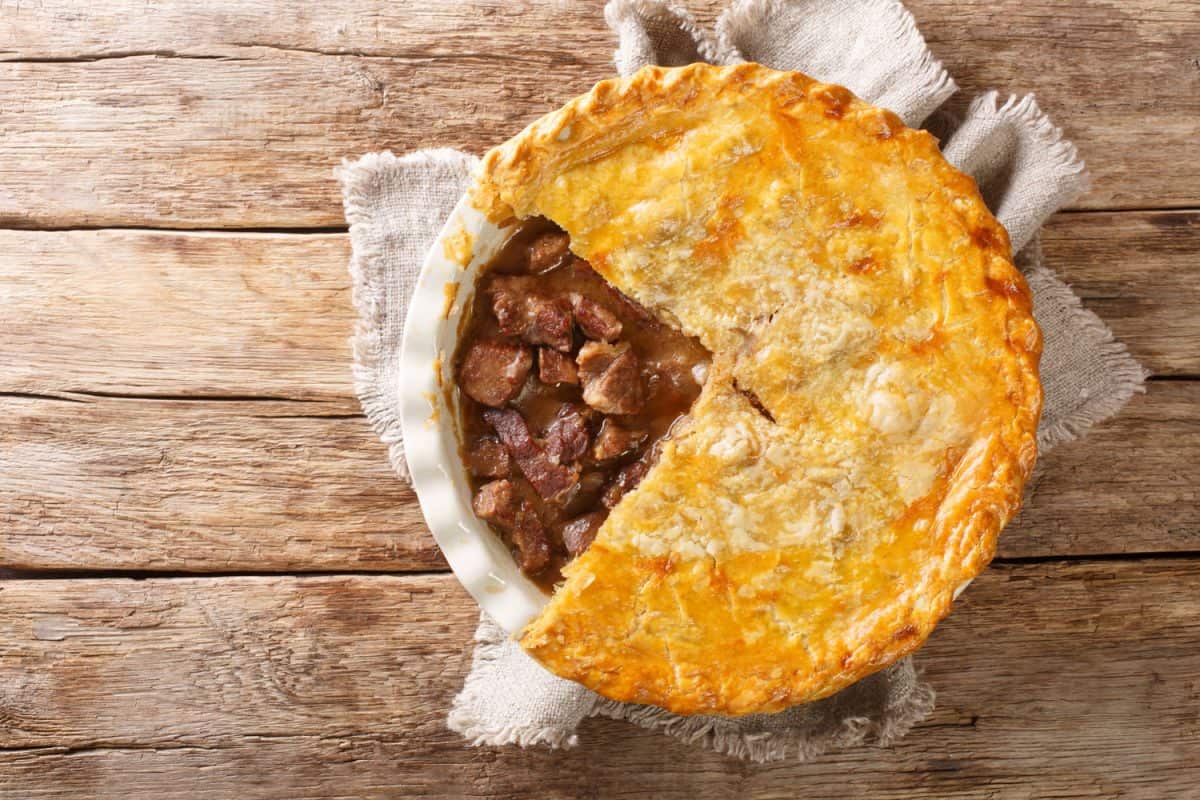 Pies come in many beautiful and delicious shapes, sizes, and types! All those options also mean that there are additional considerations one must make and questions to ask or try to get that perfect pie. Such questions and concerns include what kind of pie it is since juicy fruits, crème, savory, a layered crust, and other factors make a difference in what dish or ingredients work best.

Will the pie be frozen and baked later or eaten the same day? What kind of thickener works best for different fillings if needed? What is the dish made out of since that affects how it bakes? Such considerations should be addressed to ensure a better baking experience and result.

Now, knowing butter is not required for the basics to a crisp crust, you can count on a perfectly cooked bite of pie! Using a dash of flour, or a pan lined with parchment paper will ensure that your crust does not stick no matter the liquid consistency or pan material. For additional pie making tips, check out our related posts:

Can You Bake Apple Pie In A Cake Pan?

Can Bud Light Expire? [Here’s How Long You Can Drink It Past The Expiration Date!]

How Long To Cook Noodles By Type