When searching for bakeware or cookware online, borosilicate glass is one material you'll see often. If it's a new material to you, there's not much you know about it. Can it go in the oven or microwave? If that's your concern, you've come to the right place! Let's discuss the details.

Borosilicate glass cookware should be able to go in an oven and microwave without a problem. It's a material that can withstand high heat. So, you don't have to worry about it cracking or exploding.

This material isn't like your typical glass; it holds a different chemical composition. For this reason, it's better! You can use it for a wide range of cooking activities.

If you'd like to learn more on this topic, keep reading. We'll discuss how much better borosilicate glass can be. 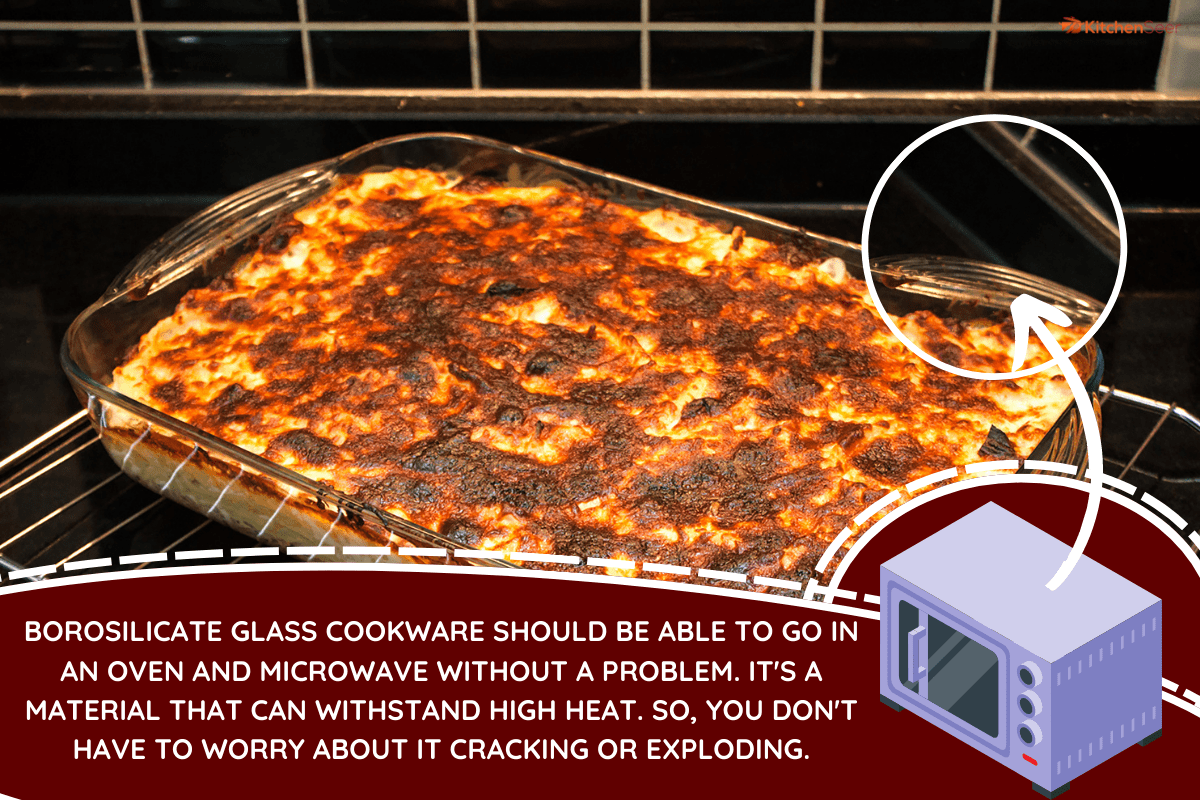 Why Glass Explodes In An Oven/Microwave

As mentioned, borosilicate glass can withstand heat from an oven and microwave. It raises the question, what makes it different from regular glass? We'll need to look at the chemical differences to answer this.

Standard glass comes from natural raw materials — some we're familiar with — like sand, soda ash, and limestone. Manufacturers will melt these materials at a very high temperature, usually around 309 degrees F. 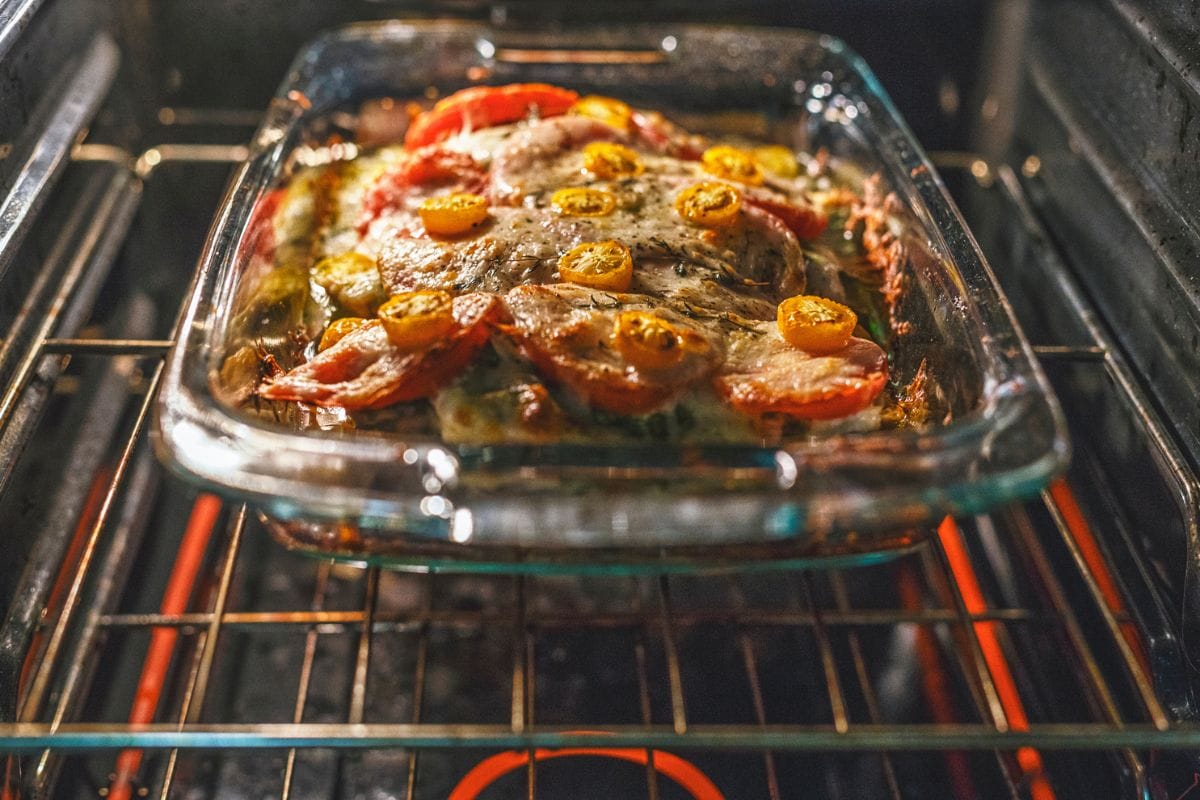 If we want to get specific, standard glass is the material you find in everything from pickle jars to drinking glasses. The more technical term would be soda-lime glass.

In any case, this glass is more susceptible to breaking from thermal shock.

When high heat meets room-temperature glass, it causes different parts of the glass to expand at different rates. As a result, it begins to crack from stress. In the worst case, it will explode.

How Borosilicate Glass Fixes This Problem 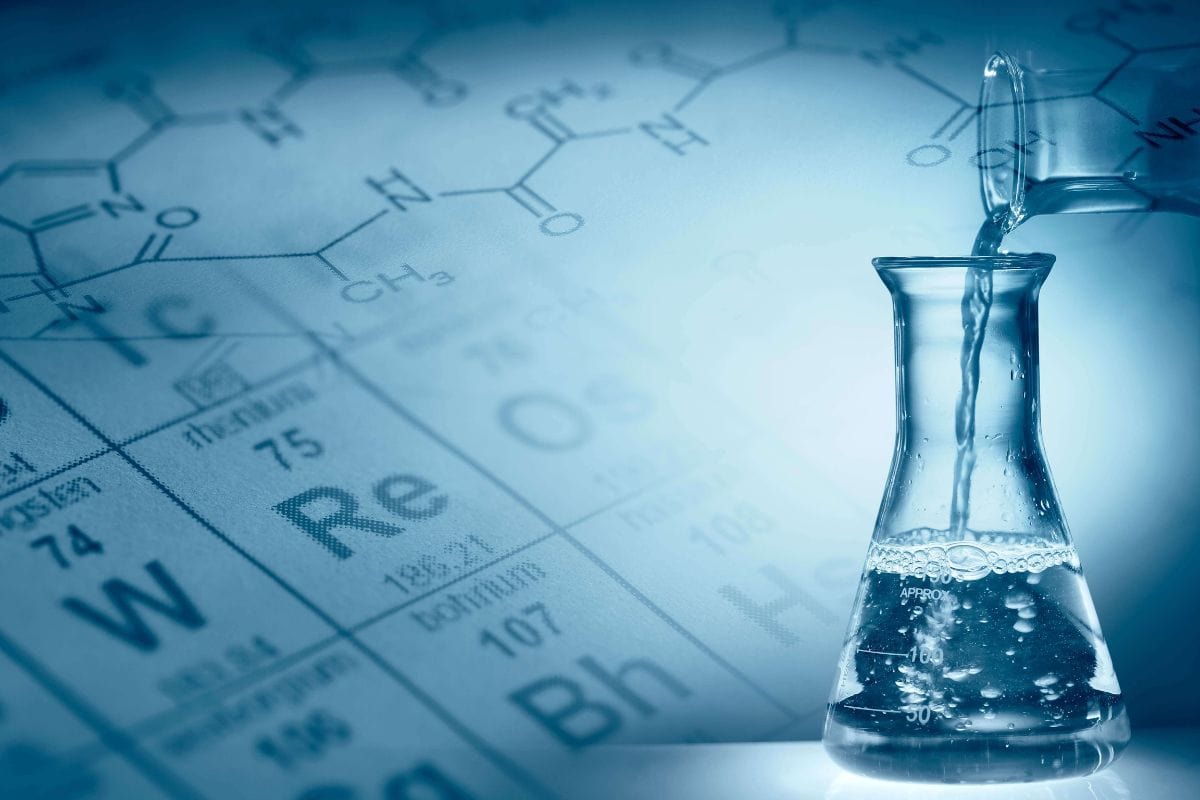 Glass has some advantages over other materials in the oven and microwave. Since it's clear, it makes it easy to check if the inside of your food is ready. However, who wants this advantage if the glass has the potential to explode?

It could end up causing harm to the user. Of course, no one wants a shard of glass or steaming hot food launched at them at high speeds.

The Use of Boron Trioxide In Glass

Once tension grows too big within the material, it pops. To avoid this, you add something to reduce how fast the glass can expand. Boron trioxide is that something!

You can find borosilicate glass used in many instances. It's in bakeware, laboratory equipment, coffee carafes, etc. All in all, boron trioxide changes the behavior of glass — making it safer for you to use in an oven or microwave. 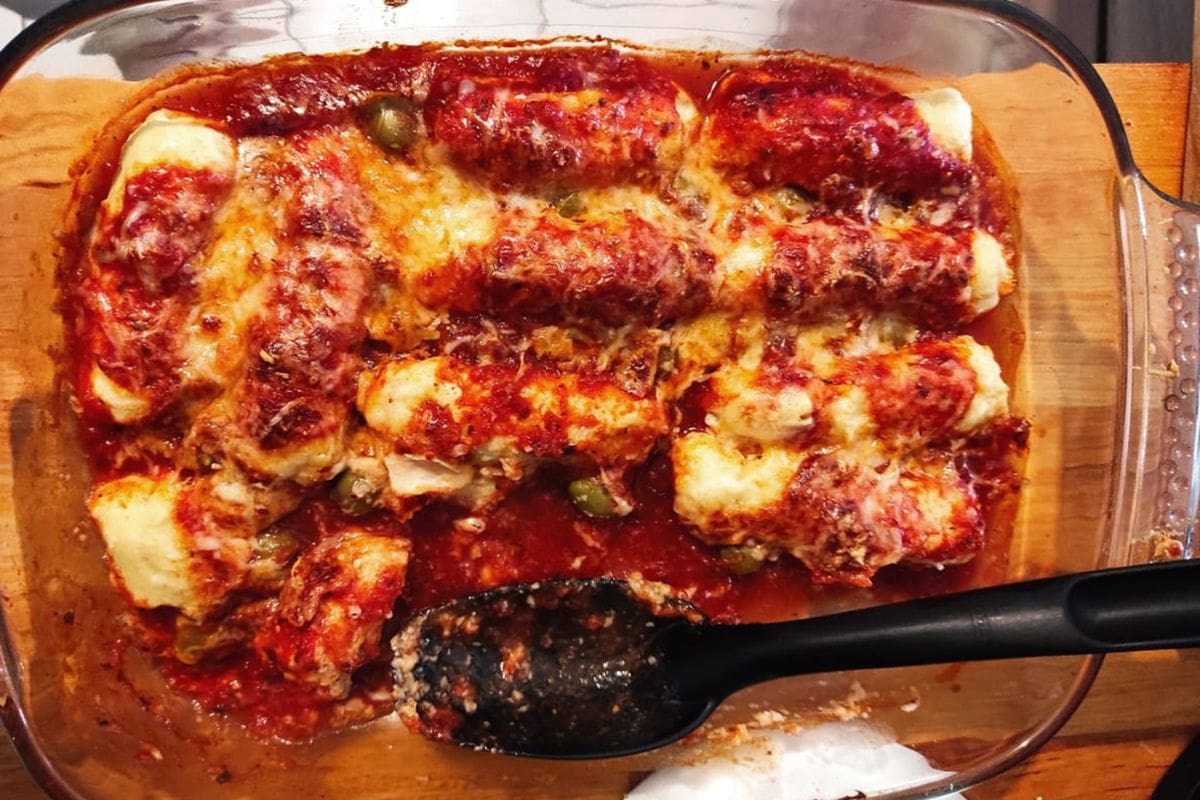 It benefits the user in several ways. If you've wanted to transfer a food item from the oven to the fridge, borosilicate glass makes that safer. You could also pour hot liquids inside without worry of it breaking.

However, should you be that careless? No, you shouldn't. It requires more nuance to go from an oven to a refrigerator temperature. Although the chances of this glass shattering are low, it's still possible.

As some suggest, borosilicate glass can withstand a maximum thermal shock range of 340 degrees F. Thus, it can handle going from hot to cold in some instances. Borosilicate glass won't handle extremes; for example, it shouldn't go from a broiler to a freezer.

In any case, this glass also has additional benefits aside from thermal shock resistance. It's also less likely to break from falls compared to soda-lime glass.

Plus, it's durable glass. In other words, it won't leach chemicals or toxins into your food. So, go ahead! You should have no worries putting a borosilicate glass dish into a microwave or oven.

What Is the Difference Between Pyrex and Borosilicate Glass?

Click here to see these Pyrex dishes on Amazon.

After reading about the characteristics of borosilicate glass, it may remind you of something. More specifically, it might sound similar to Pyrex. Pyrex is a well-liked brand of glass kitchenware. 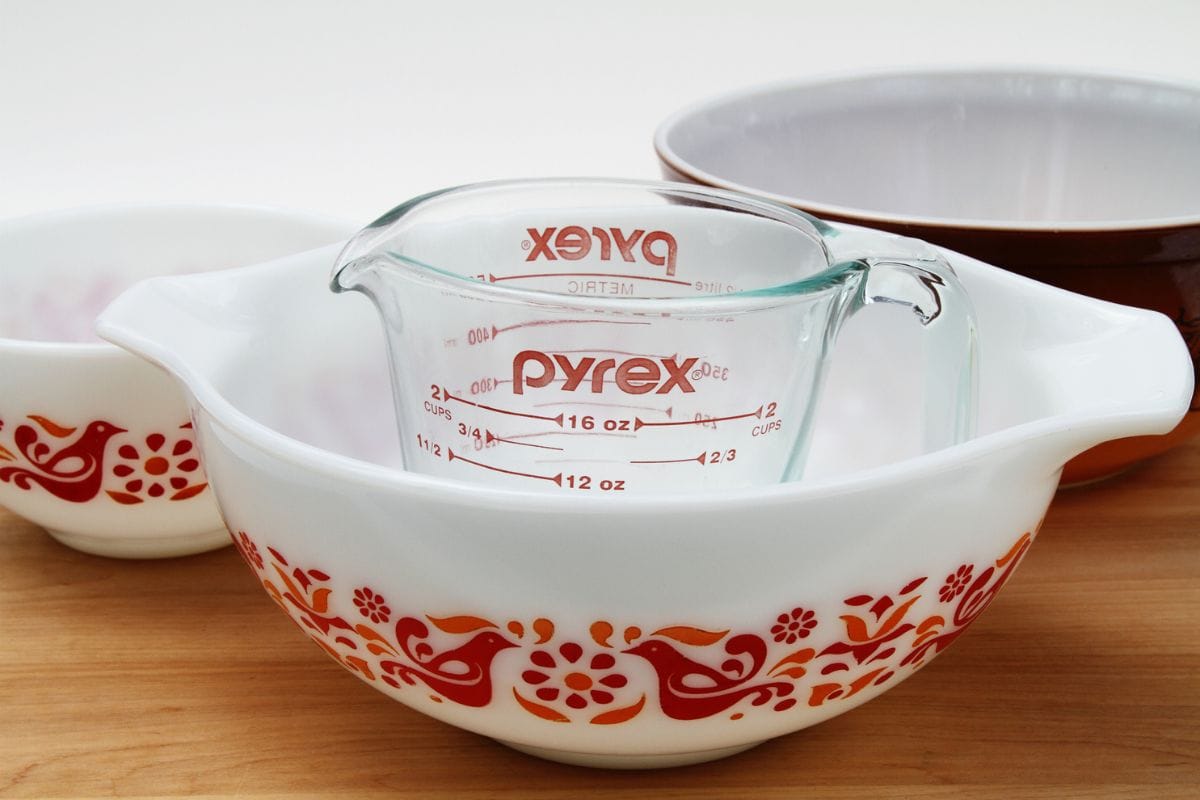 Most people love it because of how durable it can be. It raises the question, what's the difference between the two? In the past, there wasn't a difference.

Pyrex's line of glass kitchenware used borosilicate glass initially. As time went by, they changed that. Though, this is half of the truth. Pyrex USA changed the glass they use in their kitchenware.

It can only withstand a temperature change of 100 degrees Fahrenheit. However, it's stronger than borosilicate glass. It can withstand a three-foot drop onto a hard surface without much damage.

If it breaks, it will crumble into small, dull-shaped pieces. So, it's also safer than borosilicate and regular soda-lime variations.

You may have used borosilicate glass in the oven/microwave without a problem. However, that's if you've been using old Pyrex cookware or purchased it outside the US [Europe]. According to some, any Pyrex cookware manufactured after 1998 uses tempered soda-lime glass.

Why Did Pyrex Stop Using Borosilicate?

With all the benefits borosilicate glass has, it's questionable for Pyrex to switch away from it. Why would they change materials if borosilicate is better at resisting thermal shock than tempered soda-lime and soda-lime glass?

The change might seem like a surprise. But, there are a few good reasons to support it. According to one source, one reason behind the transition to tempered soda-lime glass was to boost the glassware's ability to withstand being dropped.

As mentioned, tempered soda-lime glass is much better at taking knocks than borosilicate and standard soda-lime glass. If you accidentally drop it, it will probably survive the fall. You can't say the same for the other two.

Another reason for the change is the cost of manufacturing borosilicate glass. Simply put, it's more expensive to manufacture. Plus, boron itself is costly to dispose of. By itself, boron trioxide is a toxic substance.

Borosilicate glass is safe in several ways. In terms of physical harm, it's more forgiving. It needs a high-temperature difference to suffer from thermal shock. For this reason, it's less likely to explode.

In addition, it's sturdier than untempered soda-lime glass. It can survive a few knocks or two. However, please don't take that as a sign to be careless with it.

Once it breaks, borosilicate glass shatters into large sharp pieces. Tempered soda-lime glass is better in this case.

Now we know what makes borosilicate glass. The crucial ingredient is boron trioxide. However, we also mentioned that it's toxic by itself.

As you might know, some materials—plastic and styrofoam—can leach into the food under high heat. Can borosilicate glass do this too?

Fortunately, it won't leach anything into your food. Borosilicate glass offers excellent chemical resistance. It's one of the reasons it has many uses outside of a kitchen setting; tools like test tubes, beakers, rods, and more use borosilicate glass.

Plus, it's lead and BPA-free. So, it's one of the safest materials to put in a microwave or oven. 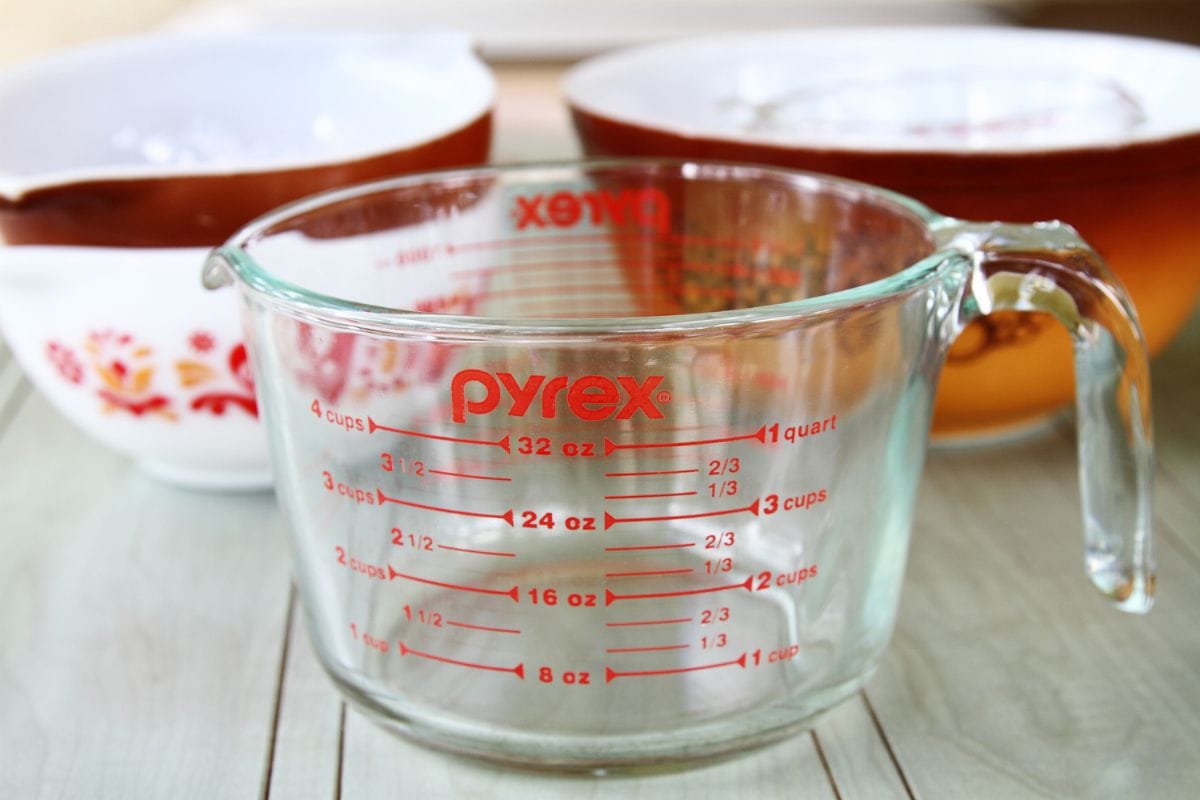 How Can You Tell if Glass Is Borosilicate?

That is unless you have access to a lot of mineral oil. If you immerse the glass in it, the glass will disappear. Here's an example:

The other way to test it is by subjecting it to thermal shock. This plan involves leaving the glass in the refrigerator for an hour. Then, pour boiling water over it. If that glass breaks, it's not borosilicate.

At that point, you'll know the Pyrex kitchenware isn't using this material. However, you'll also need to replace the glass you've broken.

It's a risky attempt. So, we can't recommend this method of testing. You could also use an eye test; borosilicate glass is more transparent than soda lime. We can use this characteristic to our advantage.

Take one look at the edge of your Pyrex kitchenware. If it has a blueish-green hue, it's likely using tempered soda-lime glass. Borosilicate glass will not be as colorful. 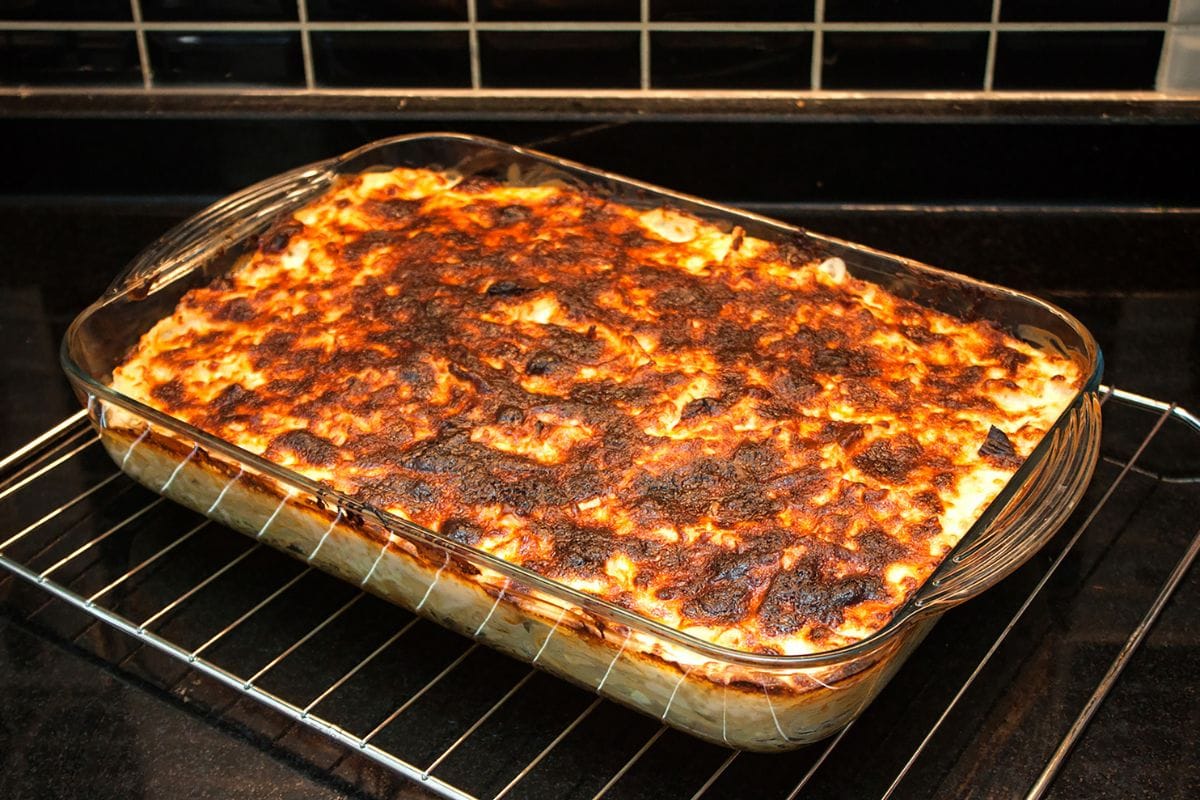 People think twice before putting glass anywhere near an oven or microwave. Of course, it's not a surprise. No one wants to deal with exploding glass. Fortunately, borosilicate glass is better at handling thermal shock than other types. We hope you found this informative.

Before you go, do you want to learn more about borosilicate glass? If so, check out:

Can You Heat Borosilicate Glass?

Are you looking for glass that can handle stove cooking? For information, check out:

Can You Put A Glass Pot On A Stove?

How To Cook Rice In A Casserole Dish

What Is A Ramekin? [Pictures, Shopping Guide & Alternatives]

How To Keep A Casserole Dish Warm [7 Effective Ways!]