Mozzarella is the "cheese of choice" for most pizzas. But once you've decided to use mozzarella, you now have to choose the best kind. Lucky for you, we've checked with pizza makers for their official recommendations, so you can get the perfect pizza in no time.

The best mozzarella for a pizza depends on the kind you're making. Most American-style pizzas use low-moisture mozzarella, so that may be the better option for you. That said, pizza heated to a high temperature in a wood-fired pizza oven needs fresh mozzarella instead, which is something to think about.

In this article, we'll cover some pizza specifics and which kind of pizza goes with which cheese. We'll also explain the difference between pizza mozzarella and regular mozzarella. We'll teach you the right amount of cheese for your perfect pizza. Finally, we'll explain how to prevent your pie from getting soggy. 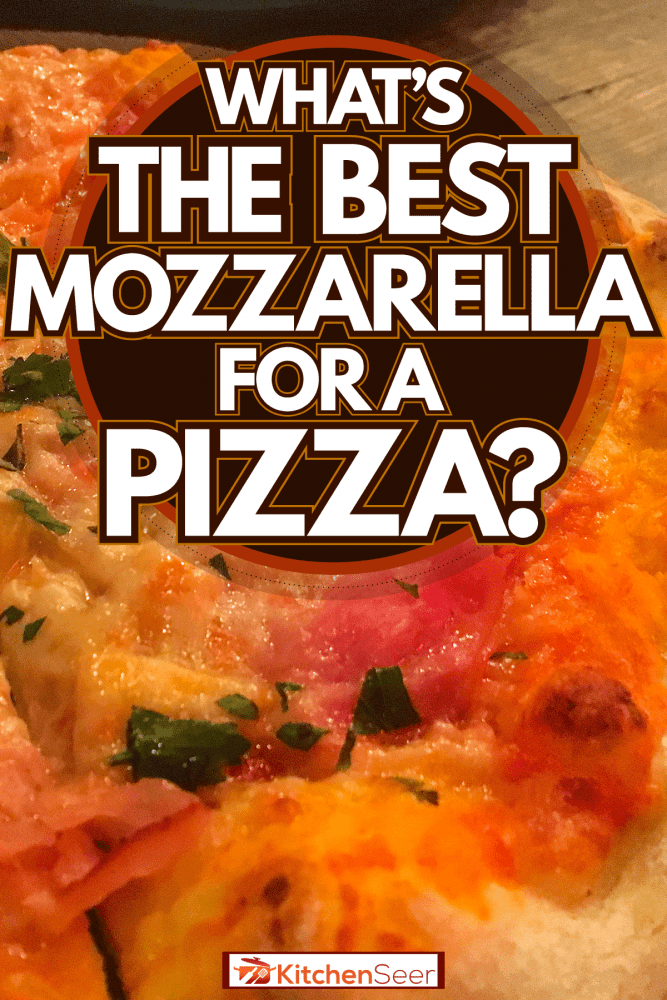 What's The Best Mozzarella For A Pizza?

Mozzarella is a classic pizza topping. But, not all mozzarella is created equal. There are various kinds of mozzarella, which offer different flavors and consistency.

Of course, the same can be said for pizza in general. Not all pizzas will taste the same. For this reason, the best mozzarella depends on what kind of pizza you're making.

A Neapolitan pizza, like Margherita pizza, typically bakes in a wood-fired oven. This style of pizza pairs well with fresh mozzarella. Fiore di Latte is a good choice.

Home-oven pizzas and American-style pizzas instead use low-moisture mozzarella. These include styles like a deep dish or pan pizza. 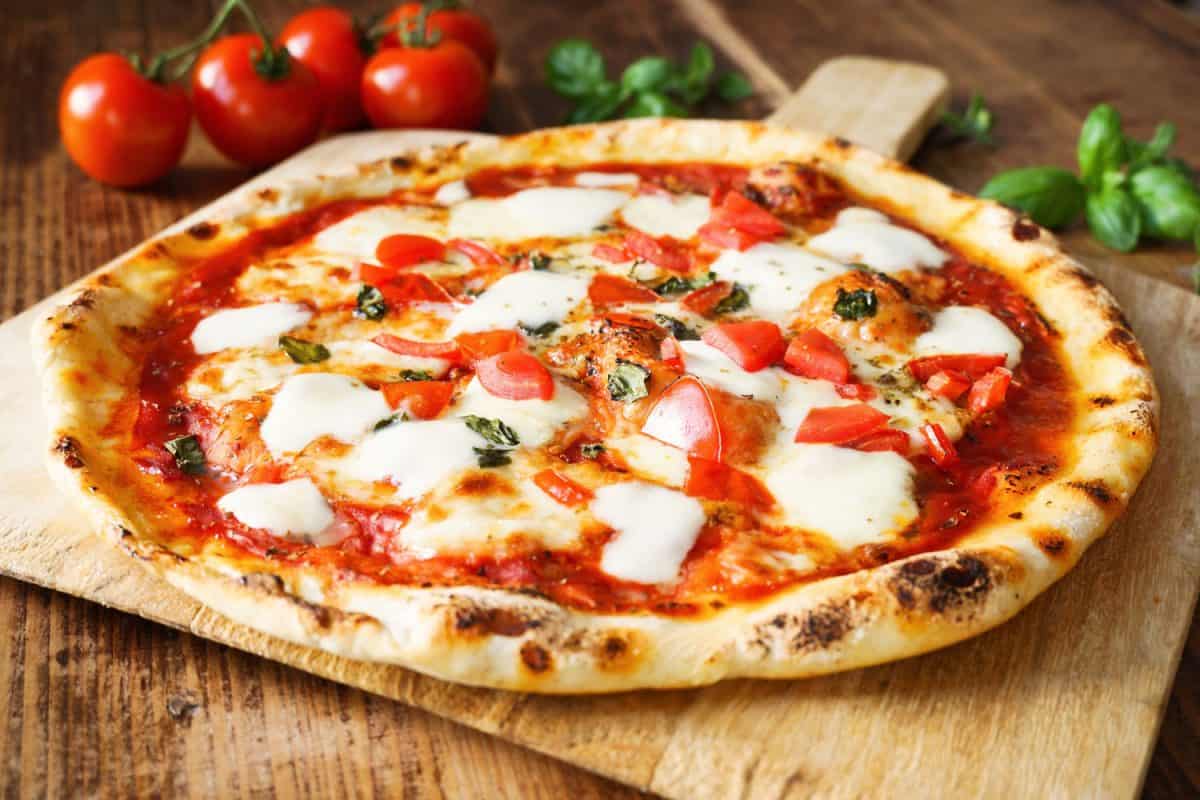 Is There A Difference Between Pizza Mozzarella And Regular Mozzarella?

True pizza mozzarella is sliced specifically for pizza. It's similar to regular mozzarella. However, it may be made using less water.

Instead, pizza cheese is typically a blend of two or more cheeses. You may mix mozzarella with other cheeses. Some of the more common mixes include provolone or cheddar.

You can find bagged cheese at the grocery store called pizza cheese. It almost definitely has mozzarella. Most blends are around 95% mozzarella. But it's likely to contain other cheeses as well. 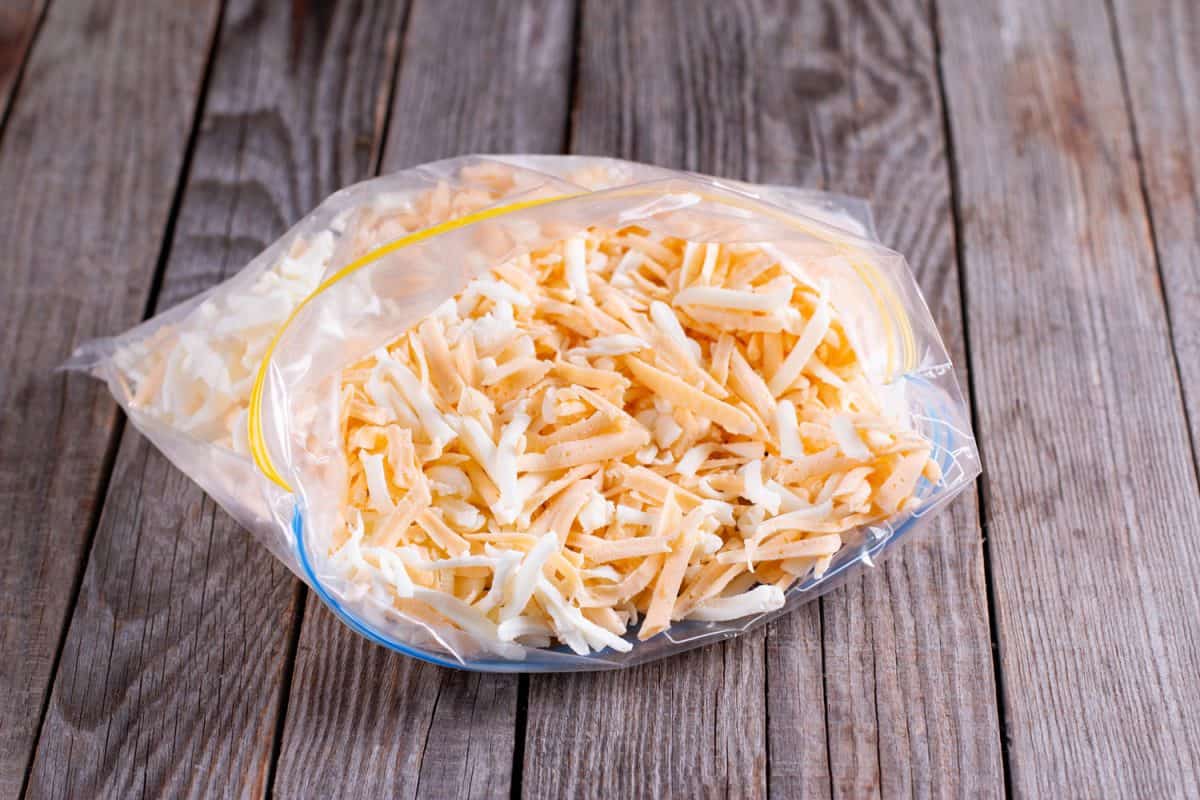 There are also processed pizza cheeses. These are not mozzarella, or real cheese, at all. These are cheese-like substitutes. They are sometimes referred to as cheese analogues.

Cheese substitutes may be made with milk by-products rather than milk fat. They may also use real cheese as a flavoring, which can vary. Provel is an example of a cheese substitute.

These cheeses are quicker and cheaper to produce than real cheese. They are designed to melt well and remain chewy on pizza. The majority of mass-produced pizzas in North America use a cheese by-product.

How Much Mozzarella Do You Put On A Pizza?

How much mozzarella you use on your pizza varies. It depends on what other toppings you want to use. It also depends on how much you use.

The best pizza is a blend of all the ingredients. The right amount of cheese helps enhance and complement the other flavors in your pie.

For example, in a 12-inch cheese pizza, many pizza makers suggest eight ounces. More specifically, four ounces each of sliced and shredded mozzarella.

This may sound like a lot of cheese. But when that's the only topping, this is the ideal amount. Too little might leave pizza bland or dry.

Some people prefer a mixture of cheeses. If you want to mix, aim for around six ounces total.

You can spread those six ounces out in whatever combination you like. There are a variety of possible options. Some common choices include shredded parmesan, Asiago, or Monteray Jack. 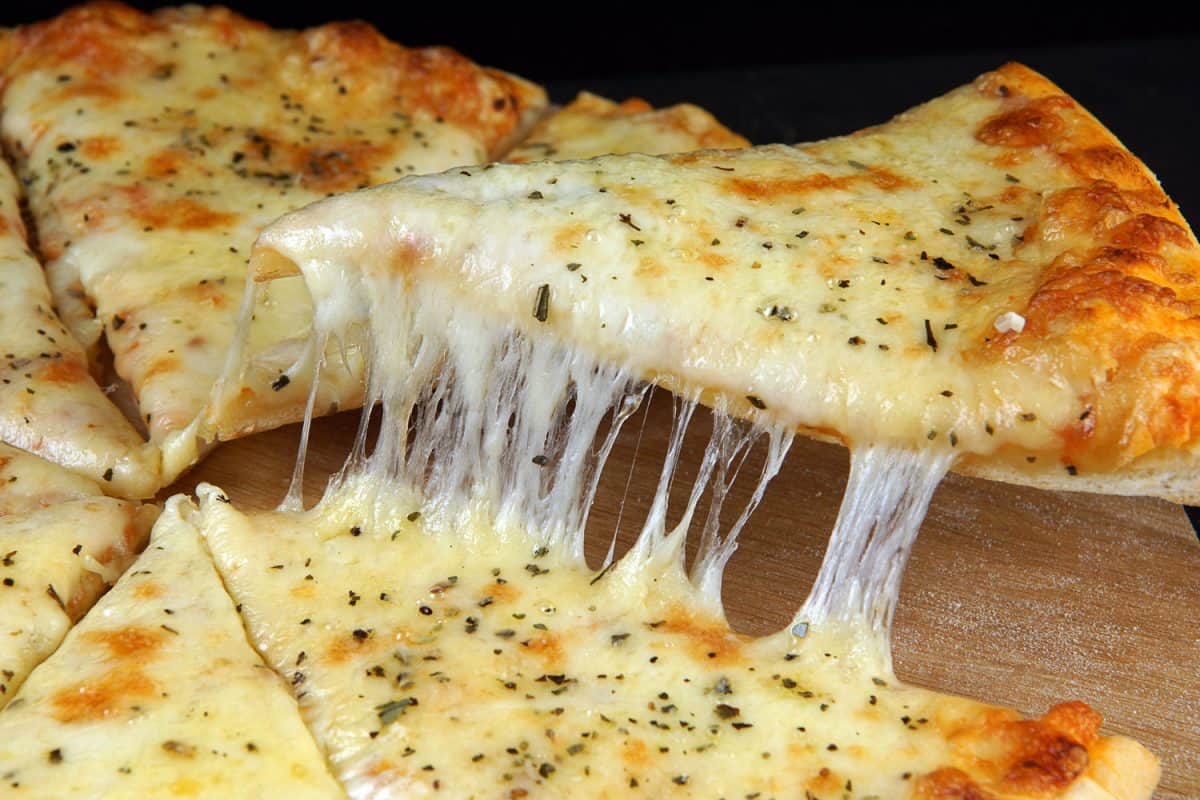 Is Low-Moisture Mozzarella Better For Pizza?

As a general rule, low-moisture mozzarella is the way to go. It's better for pizza because it contains less water.

Fresh mozzarella is great for certain styles of pizza, like Neapolitan. But the reality is that few pizzas do well with it.

It has more moisture. This tends to make the pizza soggy.

Low-moisture mozzarella, on the other hand, melts great. It has a nice stretch without getting soupy.

Most home pizzas tend to cook at a lower temperature for a longer time. Compare this to wood-fired ovens that can easily hit 800 degrees Farenheight.

As a result, you should start with a drier cheese. This gives you less difficulty, overall. 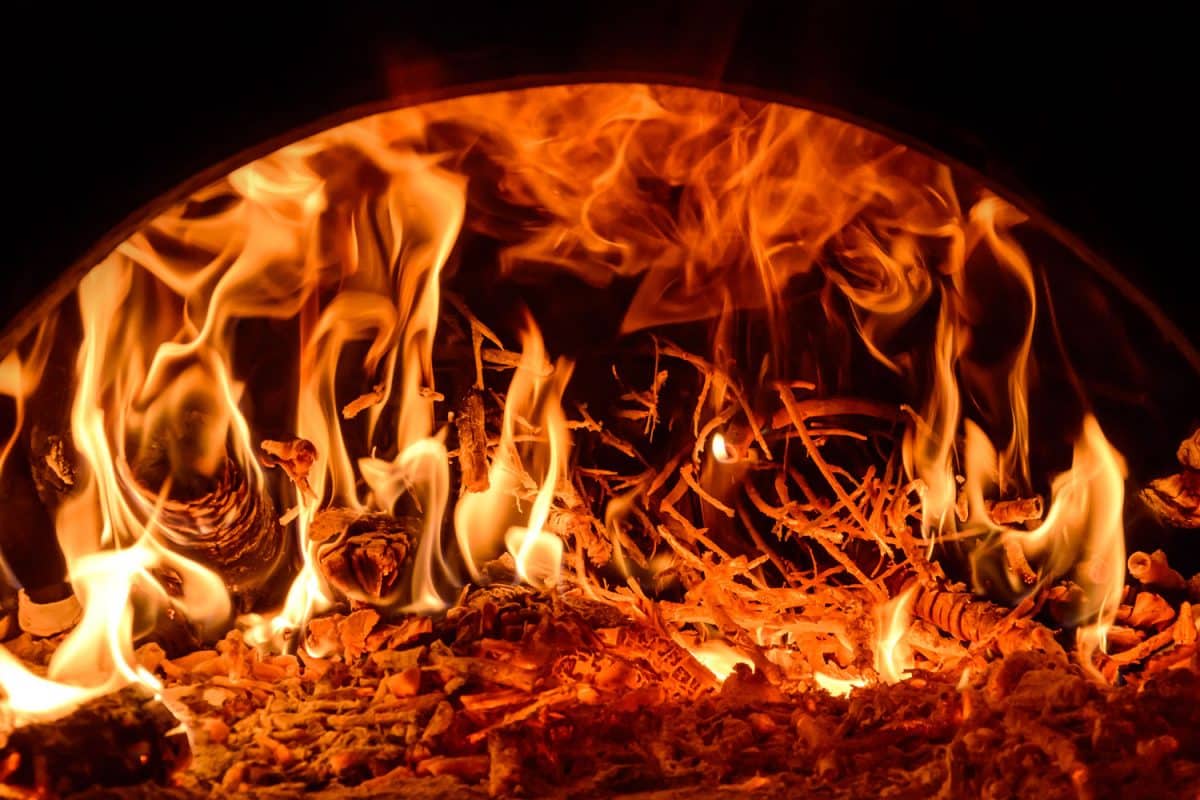 What Kind Of Cheese Do Pizza Places Use?

Many of the more "mainstream" pizza places use cheese made by Leprino Foods. This includes companies like Pizza Hut. Leprino Foods is the largest mozzarella cheese producer in the world, according to their website.

That said, it's a minor difference. Unless you're a real "foodie," it's mostly splitting hairs. 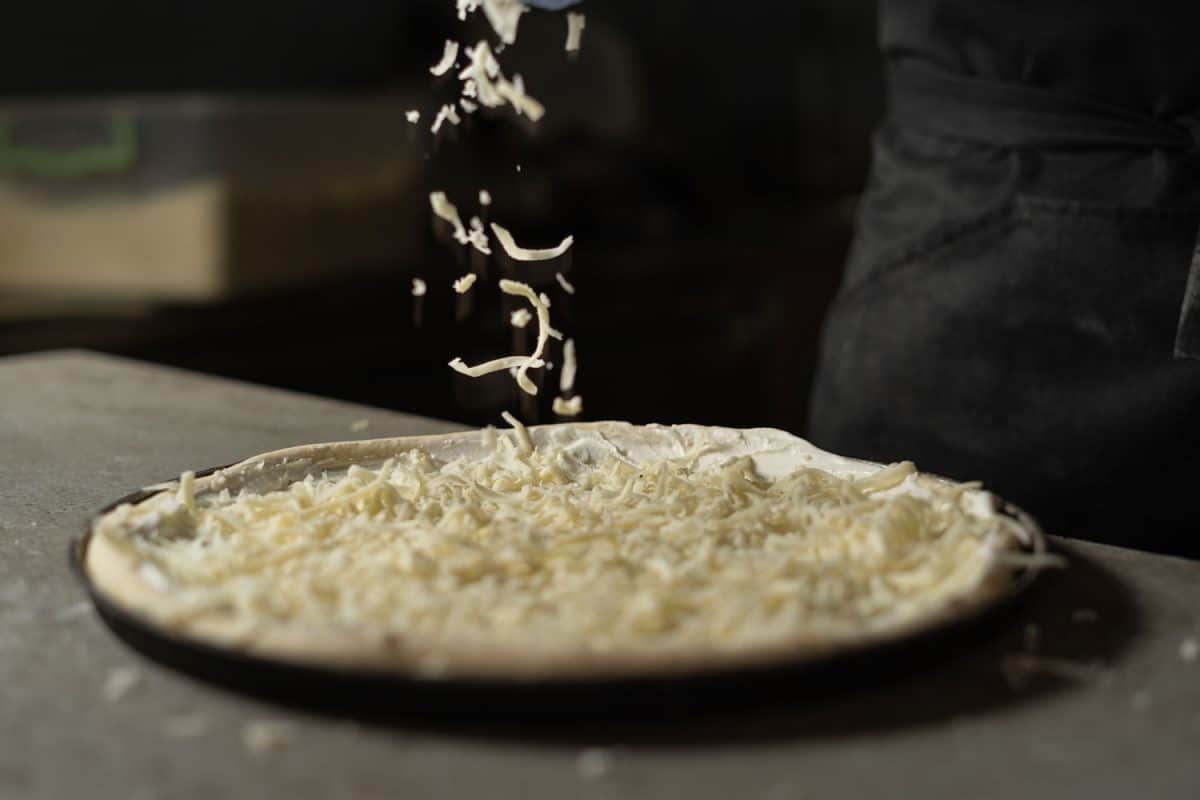 Higher-end pizzerias and professional chefs are likely to use whole-milk mozzarella. Chefs like it because it melts better. It also offers superior flavor, which is always a bonus.

These chefs know how to use more difficult cheese for better results. They also may cook with different methods than a home chef.

They frequently also layer their cheeses. Often mozzarella is the base. But they'll combine other cheeses as well for optimal taste.

Few, if any, pizza places seem to use cheese substitutes. These are common to find on mass-produced frozen pizzas. But they are not widely in use by restaurants.

How Do I Stop My Pizza From Going Watery With Mozzarella?

Fresh mozzarella is about half water. Without proper drying time, it almost certainly leaves your pizza soggy.

For this reason, most chefs recommend low-moisture mozzarella instead. This cheese is mostly the same as fresh mozzarella.

It just takes some extra time. Cheesemakers leave this one to sour a bit more. Then, they carefully dry it out. Because of this, it's less likely to make puddles on your pizza.

Fresh mozzarella is still an option if you prefer. However, you need to plan for good results.

Make sure you start with one of the less "creamy" cheeses. Use a type like Fiore di Latte. Not all fresh mozzarella is good for pizza.

Other fresh cheeses like stracciatella are very moist. They can be hard to use correctly, especially on pizza. It becomes watery on hot foods very quickly.

No matter what cheese you use, dry it out first. Be sure to take your time. Don't rush this vital prep work. It's essential to remove some of the unwanted moisture first. 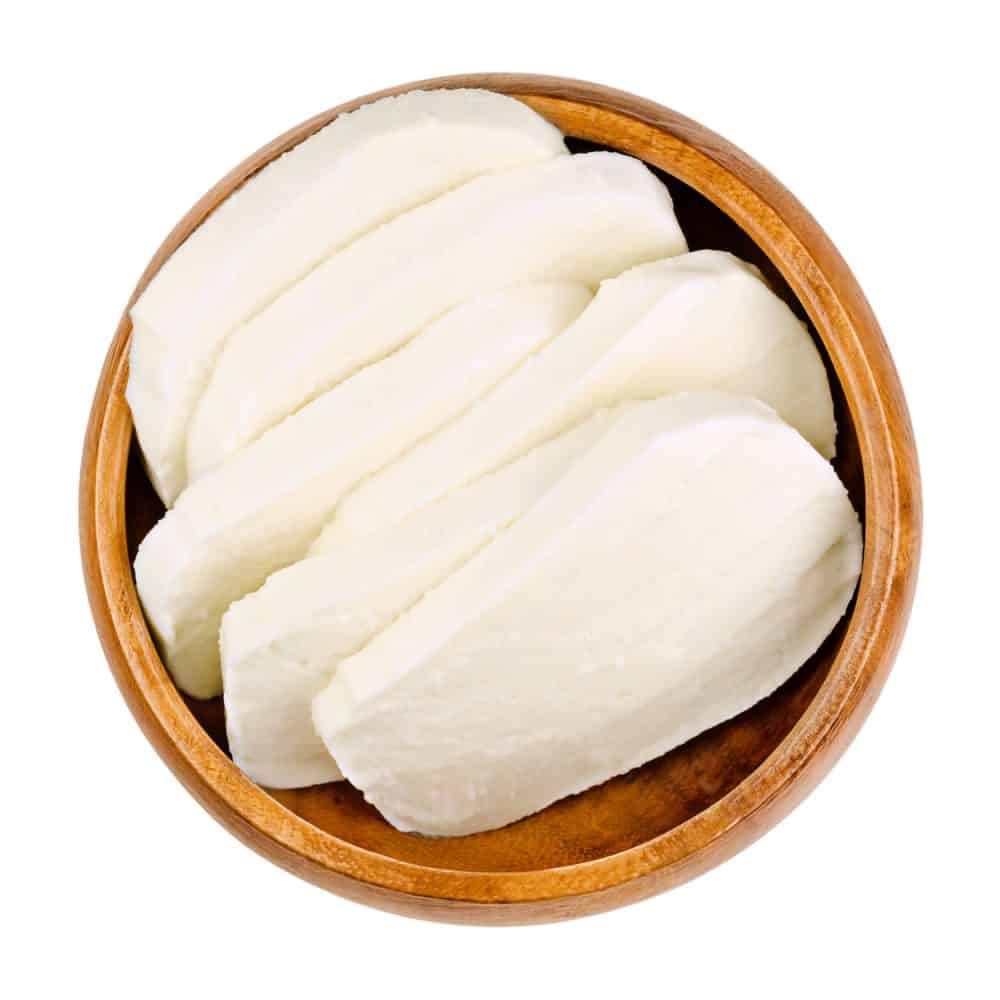 Now you're ready to slice the cheese. Then, add it to your pizza!

Note that you may want to remove the mozzarella from the towel first. As the cheese dries, it may start to stick to the towel. This can make it more challenging to work with. 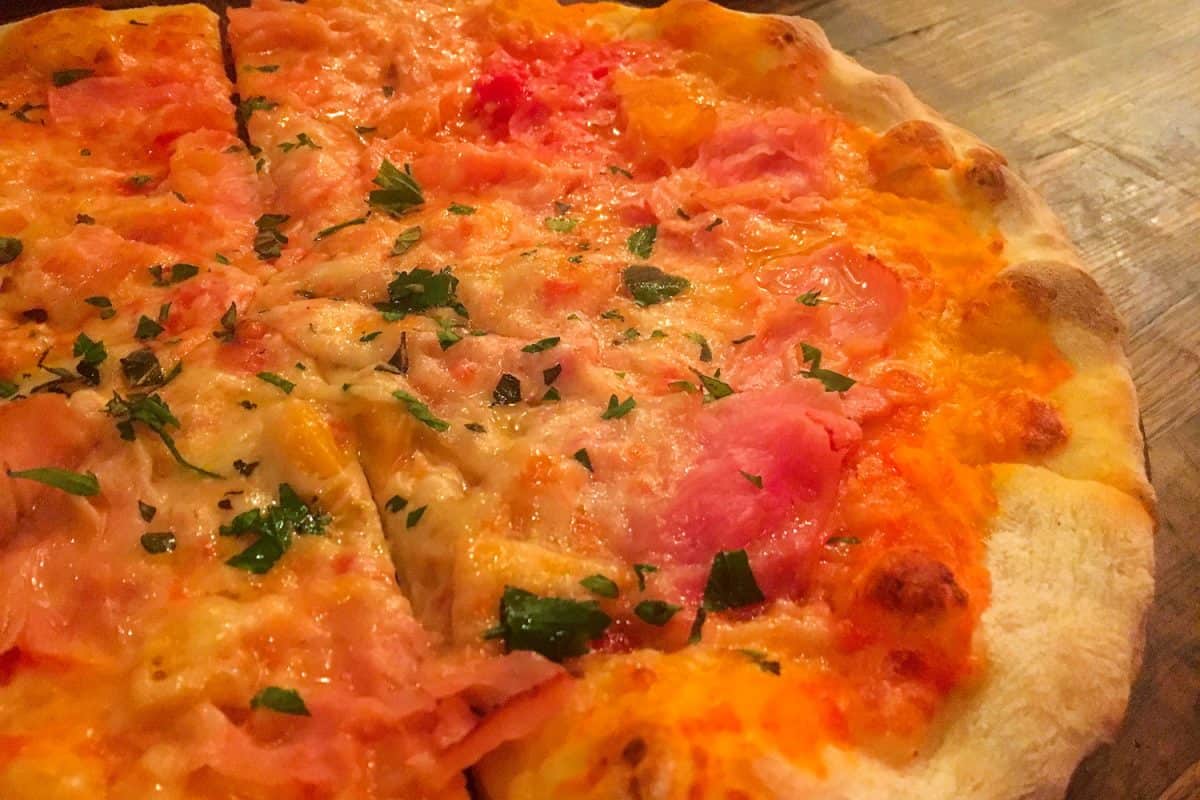 American-style pizzas and other home-oven pizzas use low-moisture mozzarella. Low-moisture options are ideal because they cook at a lower temperature for a longer time. They are less likely to leave your pizza wet or soggy.

Wood-fired pizzas such as Neapolitan reach very high temperatures and only take a few minutes to cook. This style of pizza uses fresh mozzarella instead. The high heat tends to dry out even water-heavy fresh cheese. But for most pizzas, this method will lead to relatively unsuccessful results.

Pizza Tray VS Stone - What Are The Differences?

Should Pizza Toppings Go On Top Of Cheese Or Under?

How To Keep Pizza Warm In The Oven

How Long Should Pizza Dough Rise?

At What Temperature Should You Bake Meatloaf?