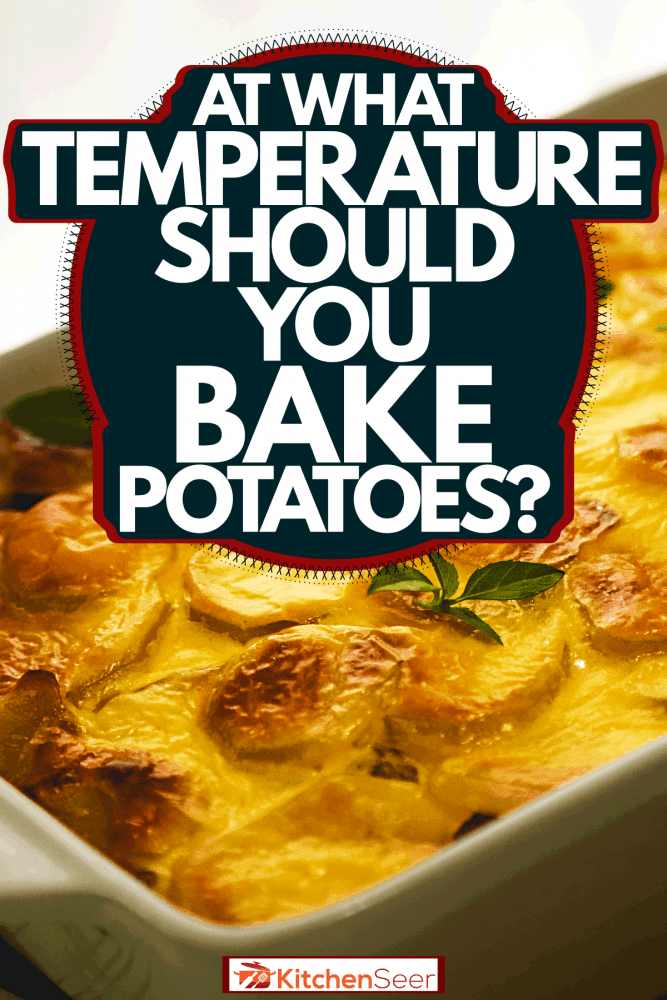 How To Bake Potatoes in an Air Fryer 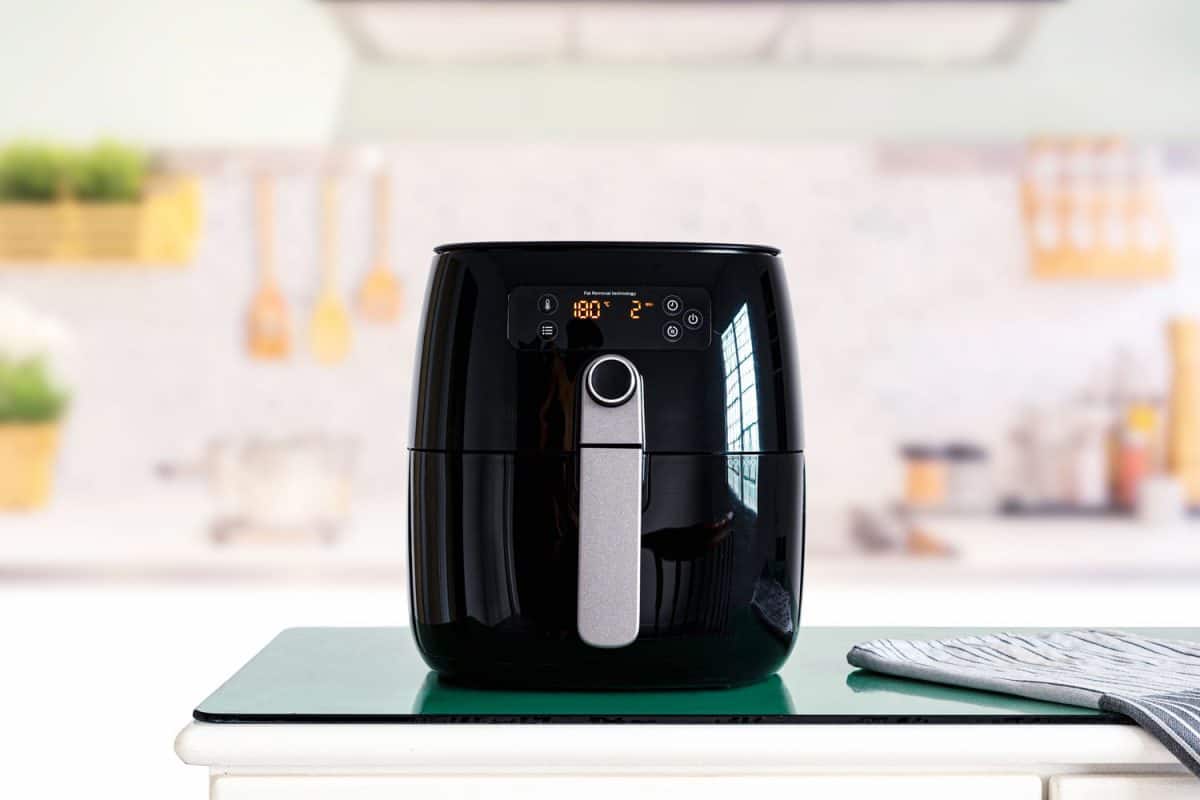 How To Bake Garlic Potato Wedges

Potato wedges are crispy on the outside and soft on the inside with a kick of garlic and parmesan. Here's how you can bake this delight at home. 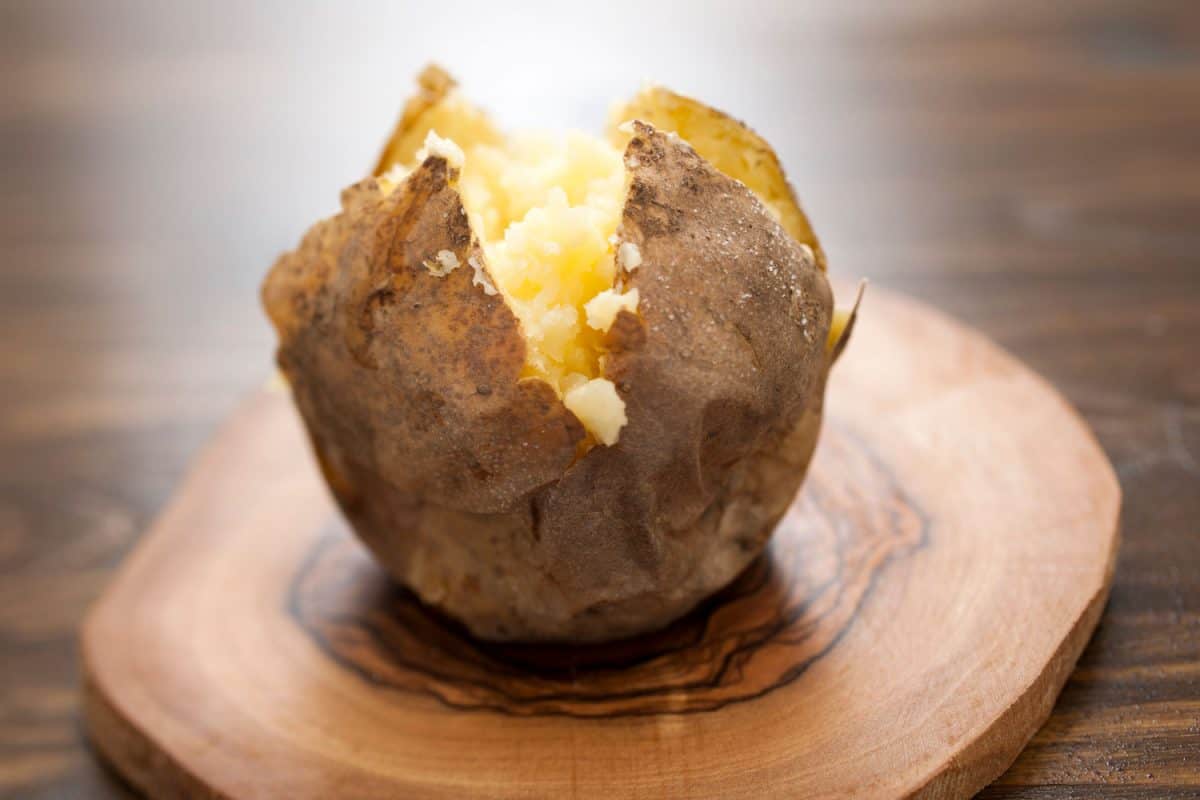 Whole-baked potatoes go well with every holiday dish. On top of that, they are easy to make. A perfect whole baked potato is crispy on the outside and pillowy on the inside. So, let's find out how to bake your whole potatoes like this.

How Do You Know When a Baked Potato Is Ready?

Usually, potatoes take around 30-40 minutes to bake at 400°F. However, sometimes due to the difference in size, temperature, and type of the potatoes, the baked potatoes can take longer or shorter to be fully baked. In scenarios like these, you can check if the potatoes are cooked or not by using the following tips:

How To Bake Sliced Potatoes? 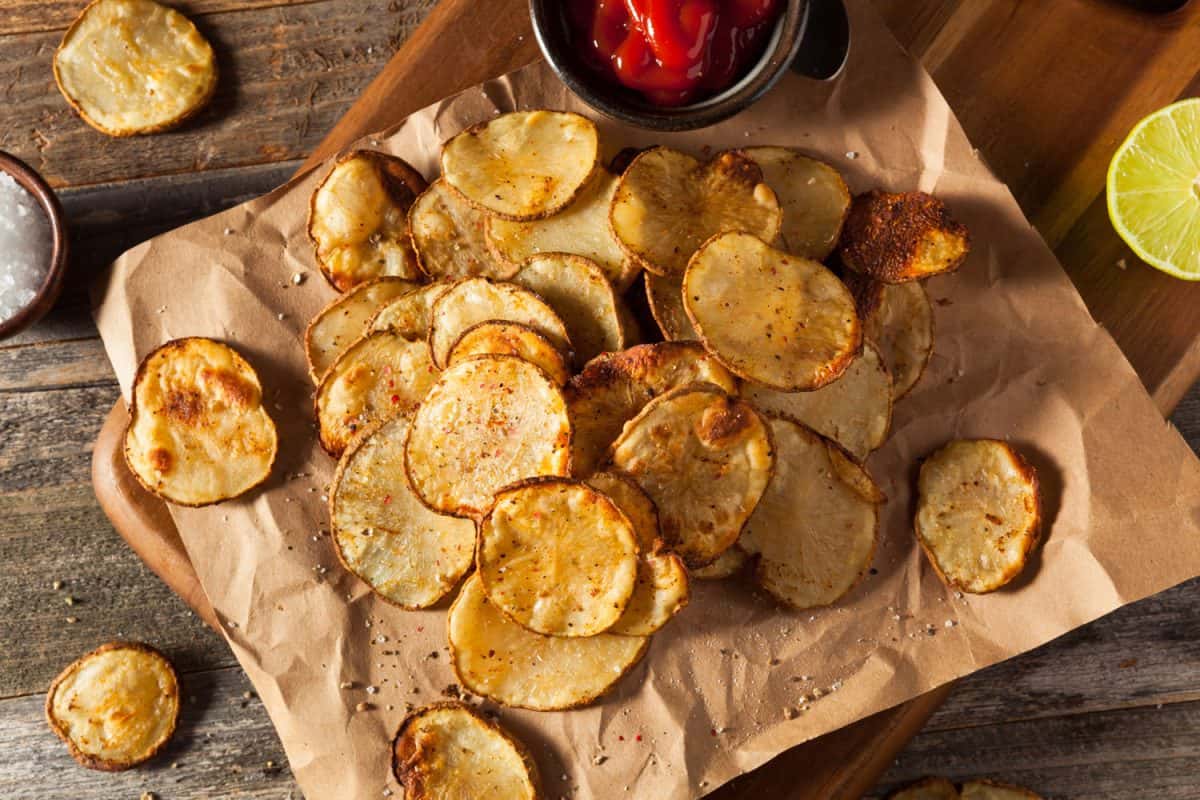 If you'd like to look at the recipe in detail, check it out here.

What Are Hasselback Potatoes?

Hasselback potatoes are a type of baked potato named after a Swedish restaurant where they originated. This method of cooking potatoes and other vegetables has since been called hasselbacking. In this method, you cut the potatoes halfway through in thin, even slices.

These baked potatoes are crispy on the outside with a tender inside. Just like thick potato chips, but the chips are still attached to the base. Potatoes cooked using this method turn out to be very delicious and presentable.

To bake Hasselback potatoes, you will need to preheat the oven from 356°F to 390°F and bake for 50 minutes to one hour. You can take a look at the full recipe here.

Does Wrapping a Potato in Foil Make It Cook Faster? 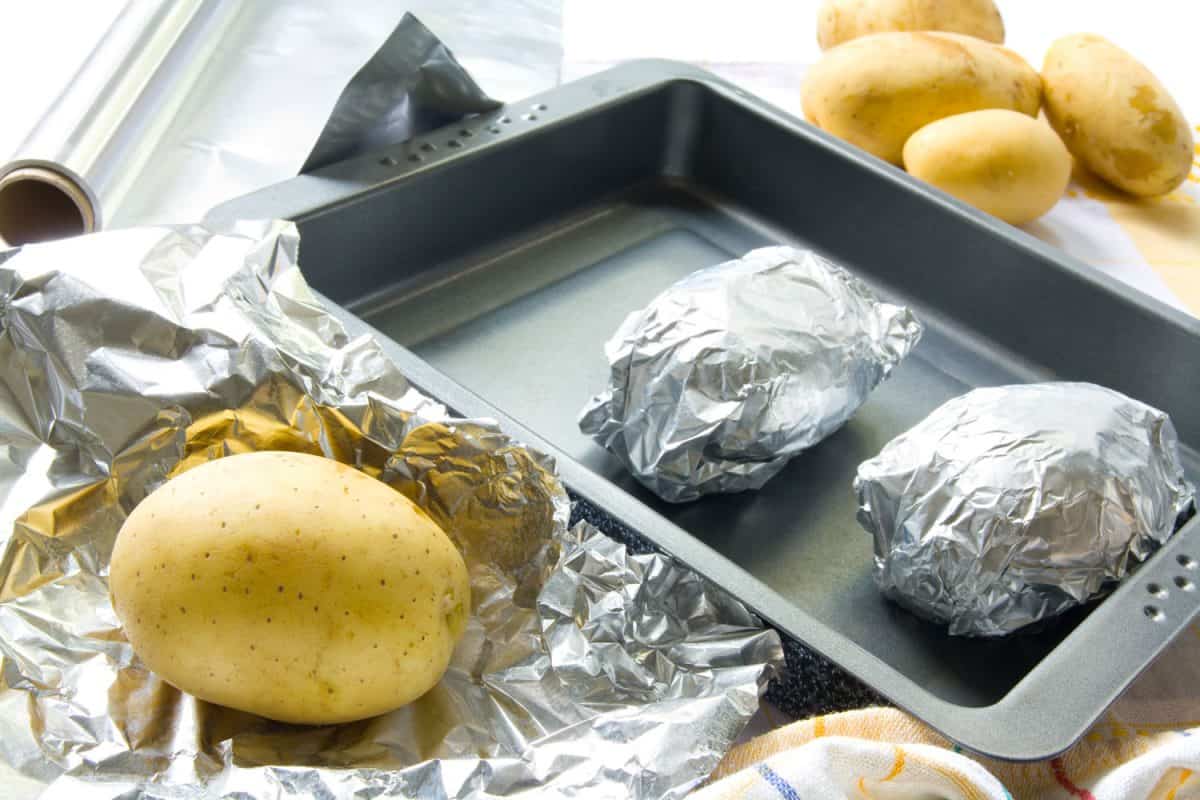 Foil can help cook faster since it can trap the natural moisture of the potatoes and steam them. But this doesn't necessarily reduce the cooking time since you would need to preheat the foil itself first. Also, the result should be down to personal preference. Foil usually makes the potatoes soft and soggy, and that might not be what you want.

Is It Better To Boil Potatoes Before Baking? 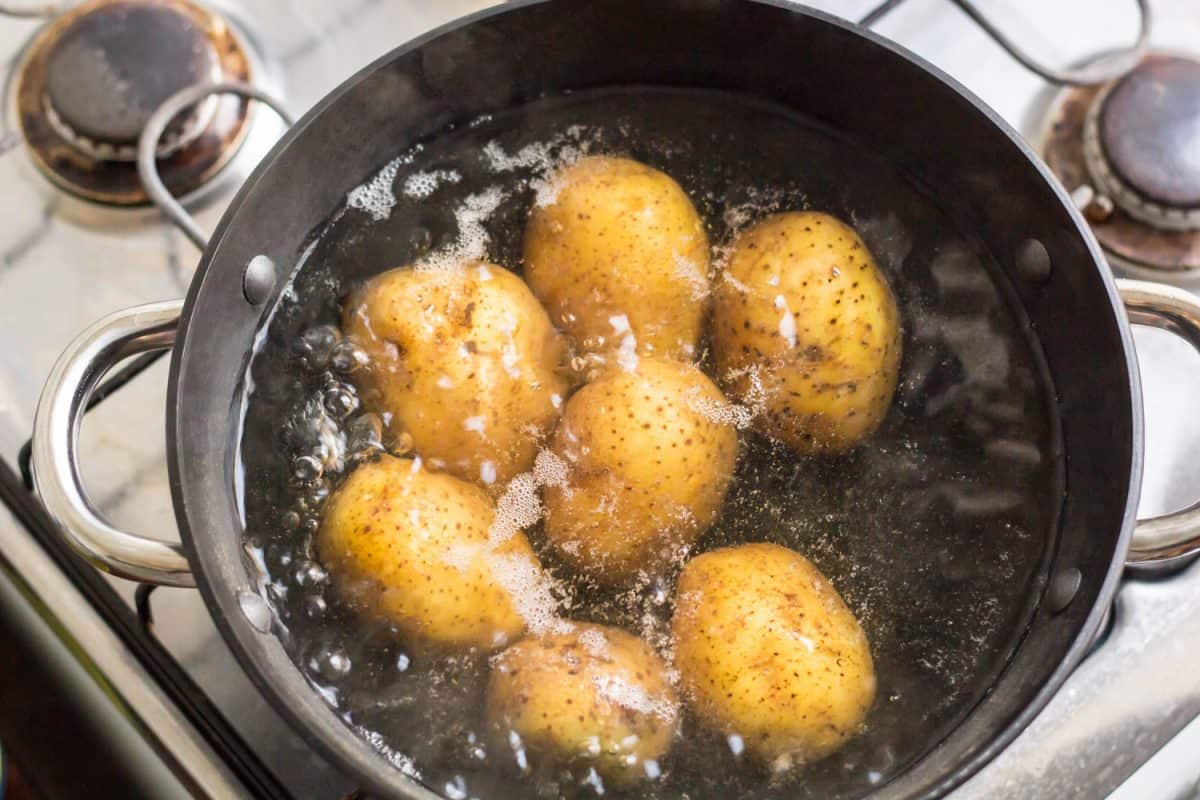 Baking can be a long process if you're starting with raw potatoes. People so often try to achieve a crispy outside but end up overcooking the potatoes.

Boiling potatoes before baking them can decrease the baking time by a significant amount. Not only that, but it also helps you achieve the desired crispy outside while still keeping the tender inside. The result would be a reduced baking time with the perfect soft to crispiness ratio.

Should You Poke Holes in Potatoes Before Baking?

It is necessary to poke holes in potatoes before baking. It keeps them from exploding and shortens the baking time as well. The chances of potatoes exploding during the bake are low but never zero.

Potatoes contain water in them which would eventually turn into steam when you bake them. If the steam cannot escape, there is a chance the potato will explode. If you're using a foil and want steamed potatoes, you should poke holes in potatoes before wrapping them in the foil. It will allow the foil to trap the steam inside when it emits out of the holes.

Should You Poke Holes in Potatoes Before Baking?

It all comes down to personal preference. Rubbing oil on potatoes before you're going to bake them is not a good idea for people who want to have a crunchy outside. You should oil and season the potatoes after the temperature reaches 250°F.

That's when it would provide the crunchy texture and the most flavor. For people who want softer outsides, you can apply the oil before baking the potatoes. It will also help keep the seasoning on the potatoes during the bake.

Potatoes also tend to turn brown during the bake. Some people don't like that. To keep this from happening, you can soak potatoes in oil before you bake them. Some good choices are grapeseed oil, pure olive oil, canola, and vegetable oil.

As we can see, there are many ways to bake potatoes. They are a delicious dish that can satisfy anyone's hunger! But, to ensure they come out the best they can, you'll need to have an idea of what texture and flavor you want. We hope you found the recipes above helpful!

Before you go, do you have other potato concerns? Are you trying to find out the best pot for boiling potatoes? You can find some ideas by checking out our post here.

Are you struggling to find how long to boil potatoes? We break it down by dish in our post here. Until next time!

What’s The Difference Between Quiche And Tart?

Should You Cover Chicken Breasts When Baking?