The kashrut Jewish dietary laws are quite complex. There are many variations, not to mention that the rules are different during Passover. So, you might wonder whether potatoes are kosher. To answer this question, we've researched which vegetables are not only kosher but also acceptable Passover foods.

It is important to serve kosher potatoes in a way that will maintain the laws of kashrut. Continue reading as we delve into the fundamentals of Jewish dietary laws and how to best select and cook foods within these restraints. 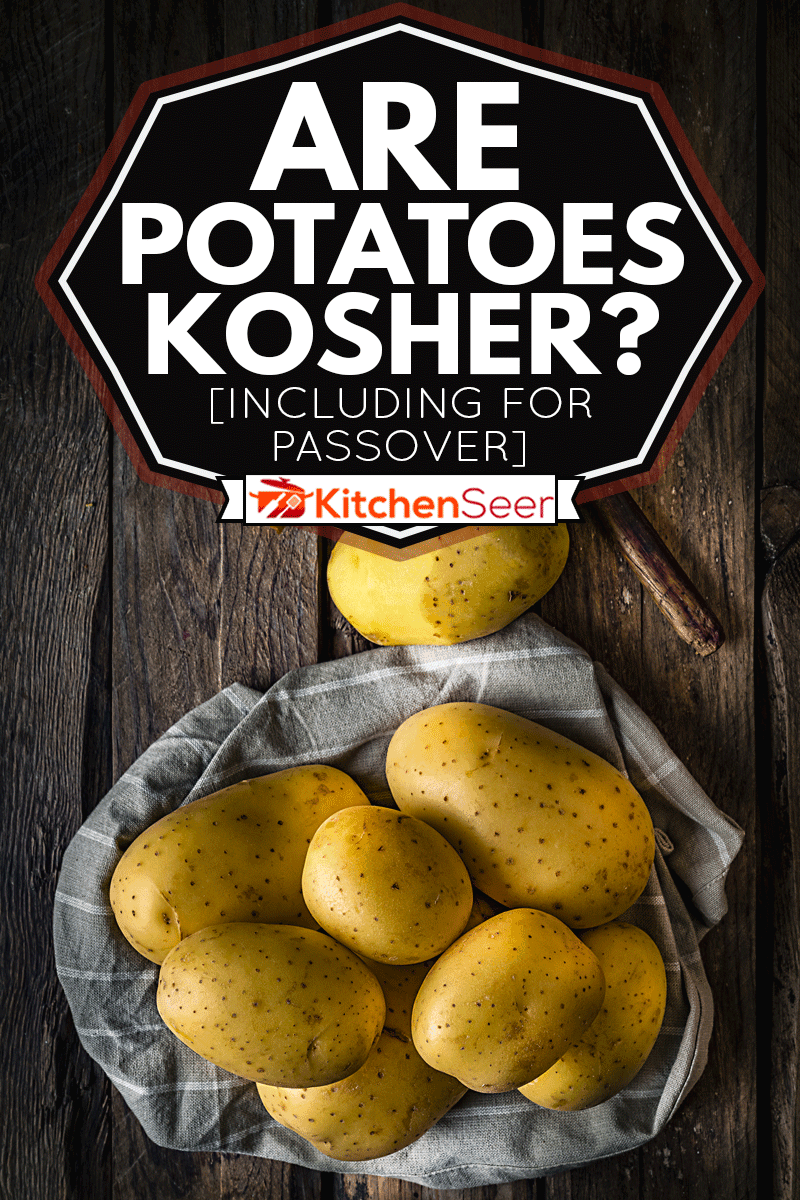 Jewish dietary laws are called kashrut. Kashrut is a set of guidelines describing what Jews can and cannot eat. Since these guidelines evolved according to the areas where Jews lived and the dietary staples in those areas, there are minor differences regarding what is considered kosher for Passover.

The rules about proteins are clear. All Jews agree about the meat and fish they can eat. It is widely known that Jews cannot eat pork. Kosher meat includes all mammalians that chew their cuds and have split hooves. However, pigs do not chew their cud and therefore are not kosher.

Most fowl is kosher. There is a shortlist of non-kosher fowl, provided in Leviticus chapter 11 verses 13-20. Interpretation of modern-day fowl varies based on local traditions.

The rules of what fruits and vegetables can be consumed are different. Root vegetables as a whole are safe to eat. There are many traditional Passover dishes with root vegetables. Tzimmes is a carrot and sweet potato casserole that is popular amongst Ashkenazi Jews.

Kosher for Passover is even more in-depth. For most of the year, any food that would be considered vegan is kosher, as long as it was produced in a kosher manner, under supervision.

Milk, by itself, is generally kosher, and so are eggs. Dairy products are kosher as long as they are produced in a kosher manner. The laws of Kashrut prescribe the separation of meat and milk. That means that either meat or dairy can be served in one meal, never both.

Mashed potatoes, for example, served with steak are fine as long as they are dairy-free. You can use chicken broth or any of the other dairy-free substitutes suggested in this article: What To Substitute For Milk In Mashed Potatoes.

Why is Kosher food more expensive?

The market for many kosher foods, especially meat, is smaller. Since the market is smaller, the production is more expensive. The supply-demand balance translates to higher costs, especially with meat, where the processing is different from conventional processing.

However, some food manufacturers find the additional cost for a kashrut supervisor worth it. Many foods in the American supermarket are kosher. Items that do not contain milk can easily be manufactured in a kosher manner. So long as you know what to look for, they are easy to find. A partial list of symbols that signify that a food item is kosher can be found here.

Can You Eat French Fries During Passover? 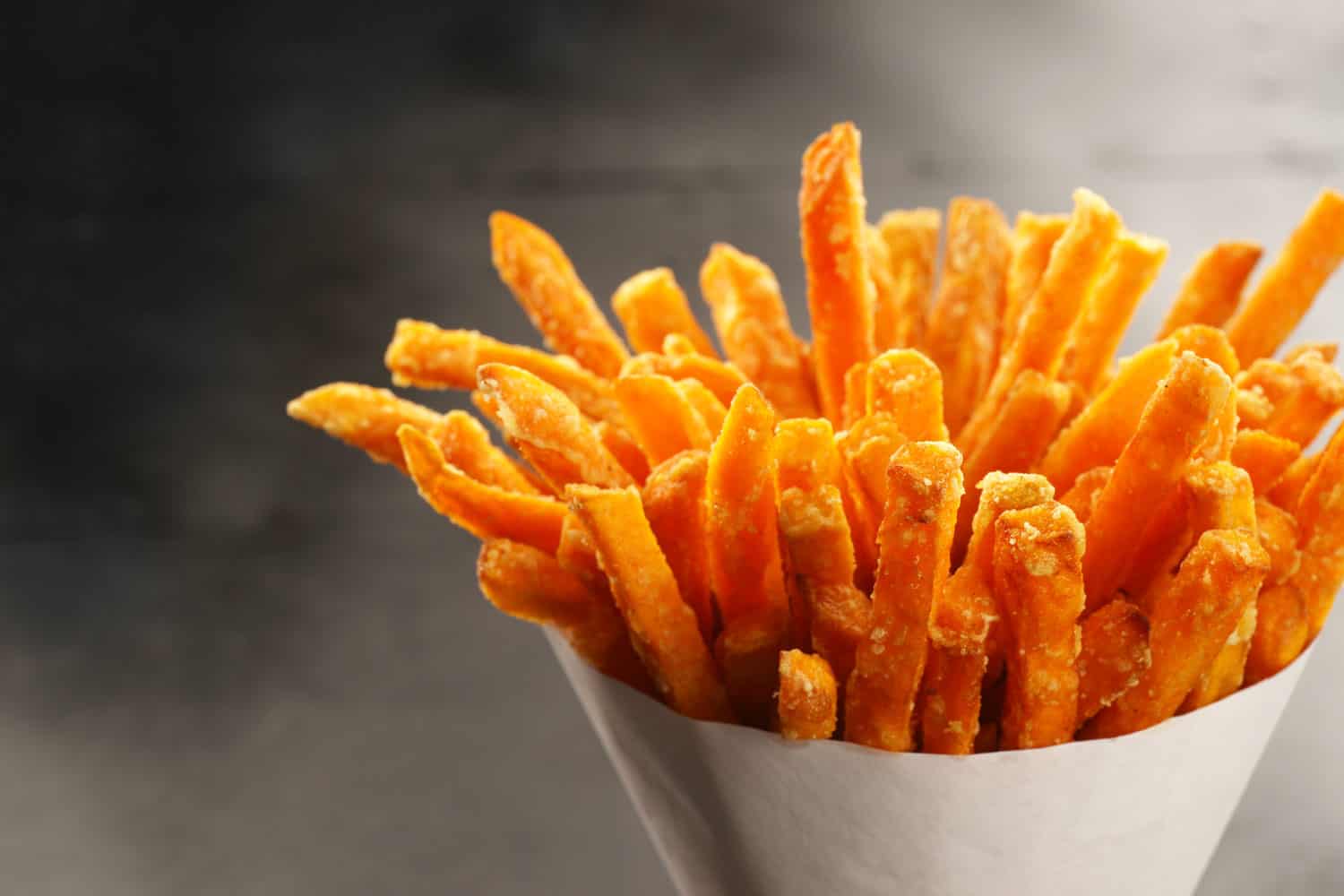 What Vegetables Are Not Kosher For Passover?

We touched on it a little when we discussed what makes food Kosher. Most vegetables are kosher. Sephardic Jews from the Middle East and Northern Africa have fewer restrictions. Ashkenazi Jews of European descent refrain from eating kitniyot during Passover. All Jews consider grains hametz or not kosher for Passover.

Grains such as wheat, barley, oats, and rye, are strictly forbidden. However, kitniyot, which is most legumes and corn, are forbidden only to Ashkenazi Jews. Instead of corn starch, potato starch is often used to thicken sauces during Passover. Rice is also forbidden to Ashkenazi Jews yet a staple for Sephardic Jews.

The following list, adapted from the OUKosher, the world's largest kashrut certifying agency, includes vegetables that are not kosher for Passover:

Though this list applies to Ashkenazi Jews, many of these items are kosher for Sephardic Jews. In the US, the most popular kashrut agencies follow the Ashkenazi traditions for Passover.

But Matzah Is Made of Wheat!

And so it is. Matzah is an unleavened bread that is baked according to the rules of kosher for Passover. The process is done in haste to commemorate the unleavened bread of the slaves that left Egypt in haste all those millennia ago.

Today there are many workarounds the wheat restrictions. Besides almond flour, which is kosher for Passover, you can get kosher wheat flour. Bread, cakes, and other delicious baked goods are now welcomed at the table during Passover. Many of these flours are gluten-free, although not those deriving from Matzah.

Check out this kosher for Passover flour from Amazon. 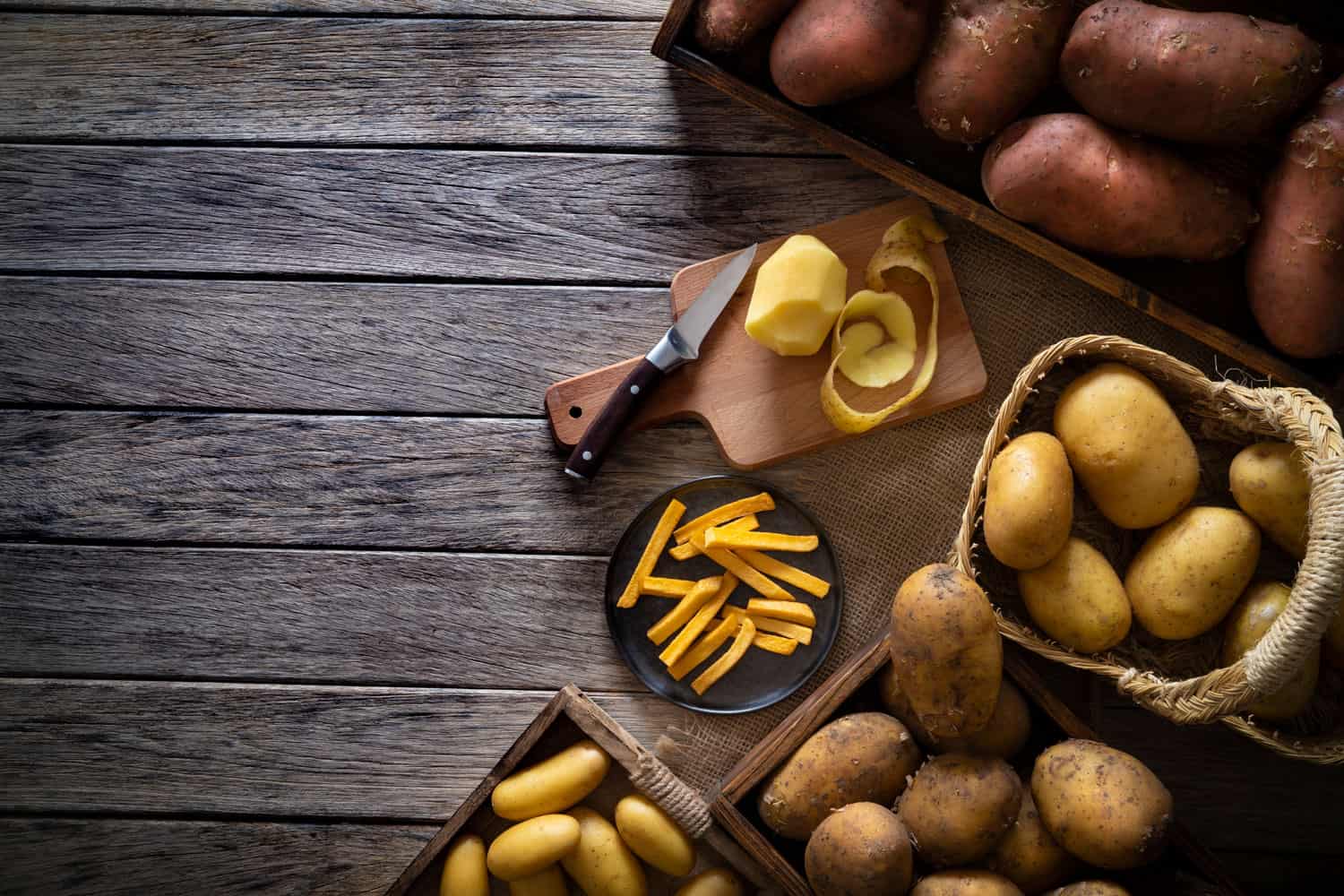 Even though Jewish dietary laws can be confusing, it is clear the potatoes are kosher, including for Passover. That is why they are so popular during the holiday. With so many other forbidden vegetables, potato-based dishes are an easy choice!

For more ideas on how to cook potatoes, you can read: How To Properly Sauté Potatoes – With 3 Yummy Recipes!

How Long To Microwave Popcorn

Can Pizza Dough Be Left Out Overnight?

Can You Use Pizza Flour To Bake Bread?