You are probably wondering how many apples are in a pound. Look no further. We have researched all about how to determine this.

Continue reading to learn more about different ways to measure a pound of apples, how much a quart of apples weigh, how big or heavy a medium apple is, and more. 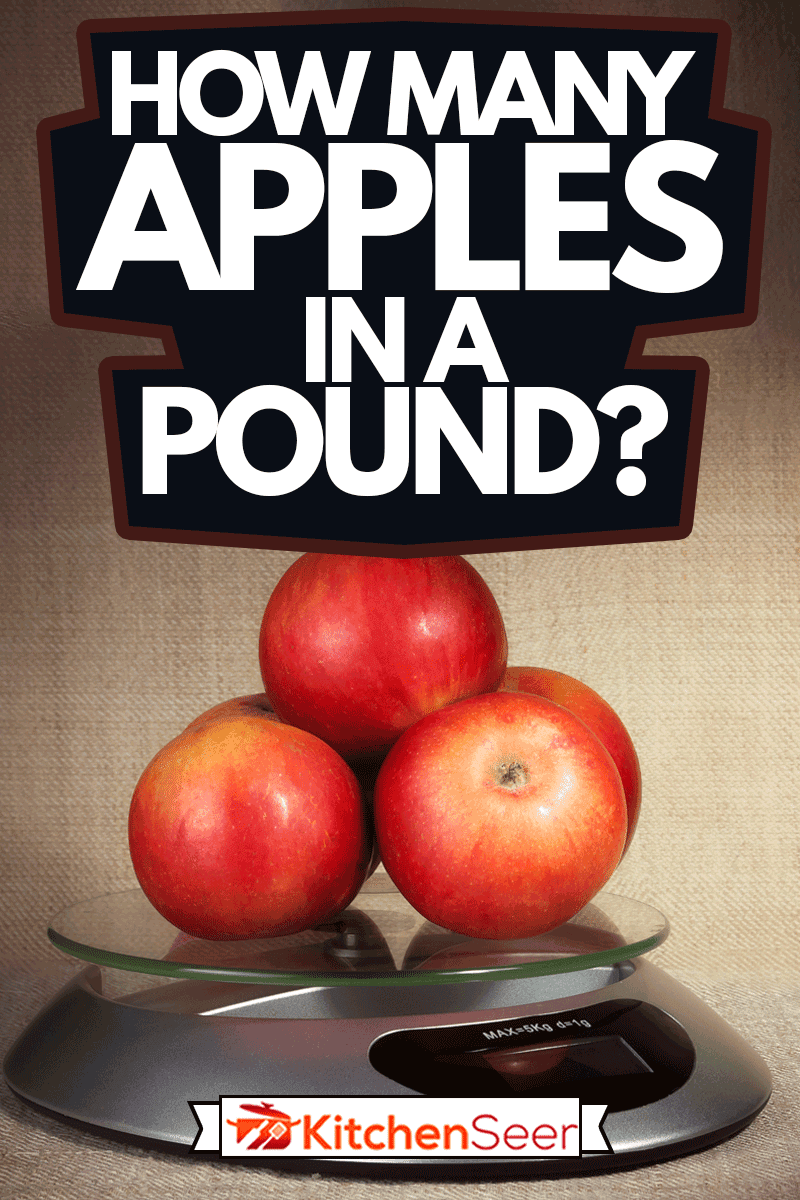 What Is One Pound of Apples?

If the apple you are using is larger than average, it may only take two apples to make one pound of apples. The same concept goes for if the apples you choose are smaller than average, you may need four total to equal one pound. An average apple that has had the core removed and is sliced weighs one-third of a pound. 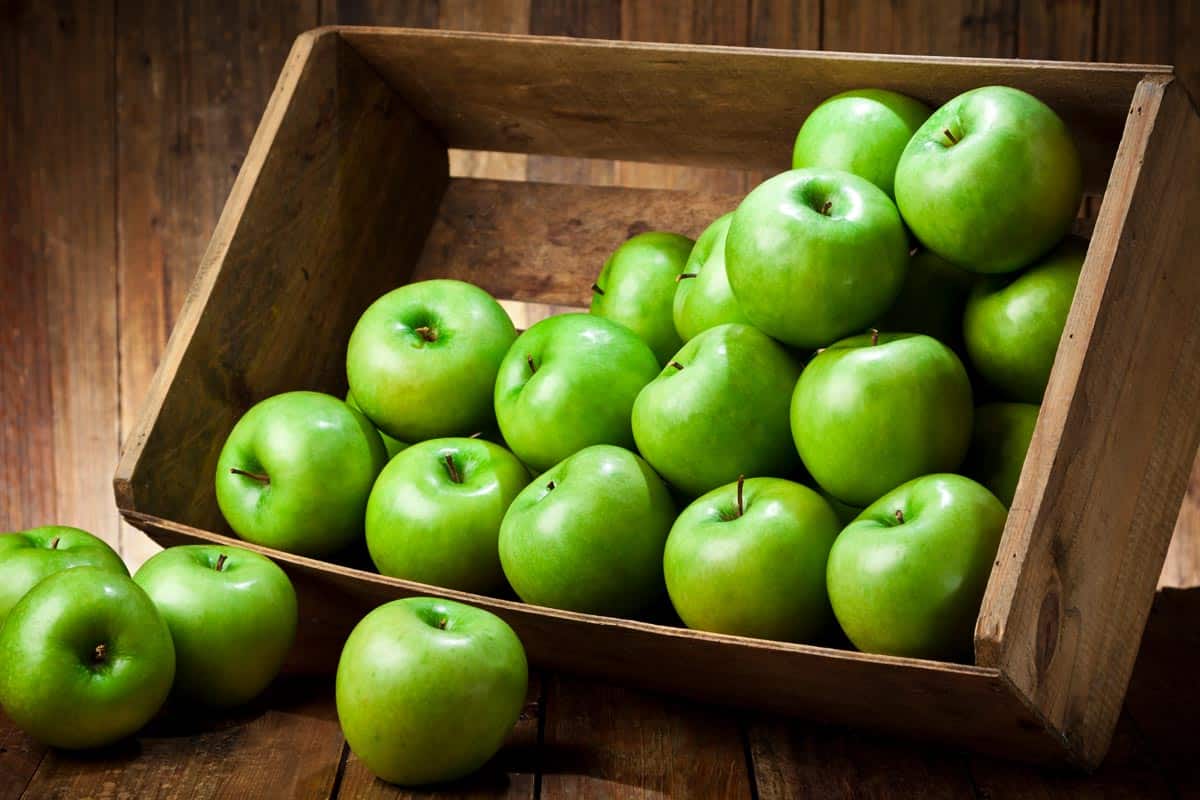 After you have cooked with apples a few times, you will develop a better understanding of what a pound of apples looks like. Your eyes will become better trained the more you cook with apples and get a feel for it.

Gaining this insight through life experience will help you figure out how to choose the correct number of apples based on the weight in apples that your recipe calls for.

Keep in mind that denser apples contain more water which causes them to be heavier. Honeycrisp, Gala, and Granny Smith are good examples of apples that tend to be on the heavier, bigger end of the spectrum. This is not always the case based on the apple variety, though.

It is best to measure apples by weight instead of diameter. This results in the most accurate measurement.

When a recipe calls for one pound of apples, it refers to whole apples. If your recipe lists cups instead of pounds, it most likely refers to prepared apples. By prepared apples, we mean apples that have had the core removed and are sliced up.

How do you measure a pound of apples? 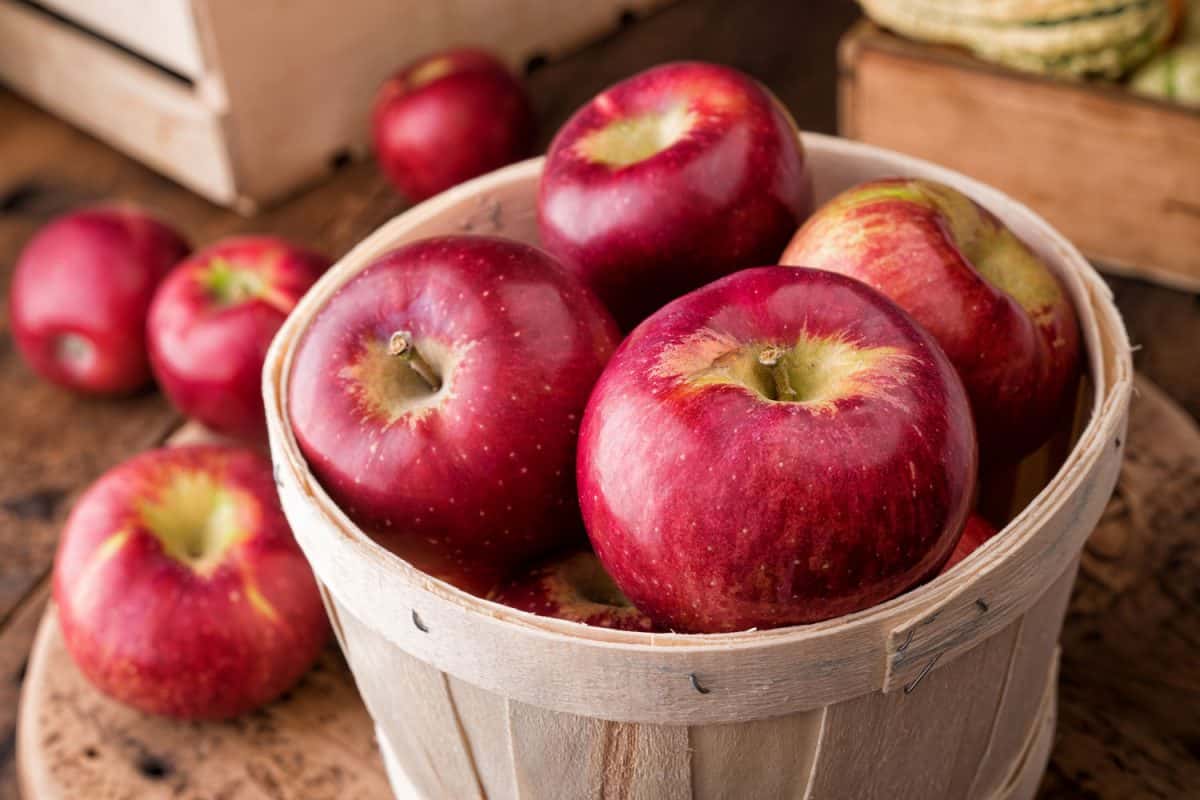 Whether you are making apple muffins, apple butter, or apple pie, there are a few ways you can measure a pound of apples. The first and perhaps easiest way to measure one pound of apples is by using a spring-loaded scale. You see these at grocery stores hanging from the ceiling in the produce section.

If you are shopping at a grocery store when using a spring-loaded scale, you are measuring the weight of the whole apple. The main difference at home is that you can peel (if you want) and slice the apples before weighing them.

This will provide more accuracy when incorporating as many apples as you will need to make the amount you want to make.

If you are at home, a digital scale is more practical to measure a pound of apples. Digital scales are most often used for portion control, but they will work for measuring the weight of apples. There are several units of measurement available on a digital scale.

In this instance, you will probably need to set the unit of measurement on your digital scale to either ounces or grams. The average apple is equal to somewhere between seventy and one hundred grams.

Something cool about digital scales is the tare feature that allows you to measure your food in whatever container you choose just as long as you push the tare button to zero out the scale before adding the food you are measuring.

Click here to see this digital scale on Amazon.

A mechanical scale, also known as an analog kitchen scale, works similarly to a digital scale, except it does not provide a digital readout. Analog kitchen scales are reliable, which is one reason they are favored. They have a rotating dial, are dish-washer safe, and also include a tare function.

Click here to see this analog scale on Amazon.

Other Ways to Measure One Pound of Apples

Another way to measure for a pound of apples other than a digital or mechanical kitchen scale is by slicing your apples then placing the apple slices into a measuring cup. One pound of apples is equivalent to three cups of sliced apples.

When you buy bagged apples, the weight is listed on the bag, usually somewhere toward the bottom.  If you are making fried apples, you will only need to use one or two large apples, depending on how many people will be eating them. It is better to have too many apples than not enough.

An alternative way that you can use to weigh out one pound of apples is by placing apples on the scale at checkout. You can either ask the cashier or if you are in a self-checkout booth at a grocery store, you can do it yourself.

If you are at a self-checkout station, you can look up the type of apples you chose and find out the price of the apple by the pound. Finding out this information will help you choose the right amount of apples to equal one pound.

What does a quart of apples weigh?

A quart of apples weighs around three pounds. This measurement is found by finding out how many sliced apples fit in a quart-sized jar.

Consider when you would need a quart of apples. A quart of apples is perfect for baking apple pie but is a little more than someone needs to eat as a snack. For snacking, you will most likely want one pint of apples.

What is the weight of a medium apple? 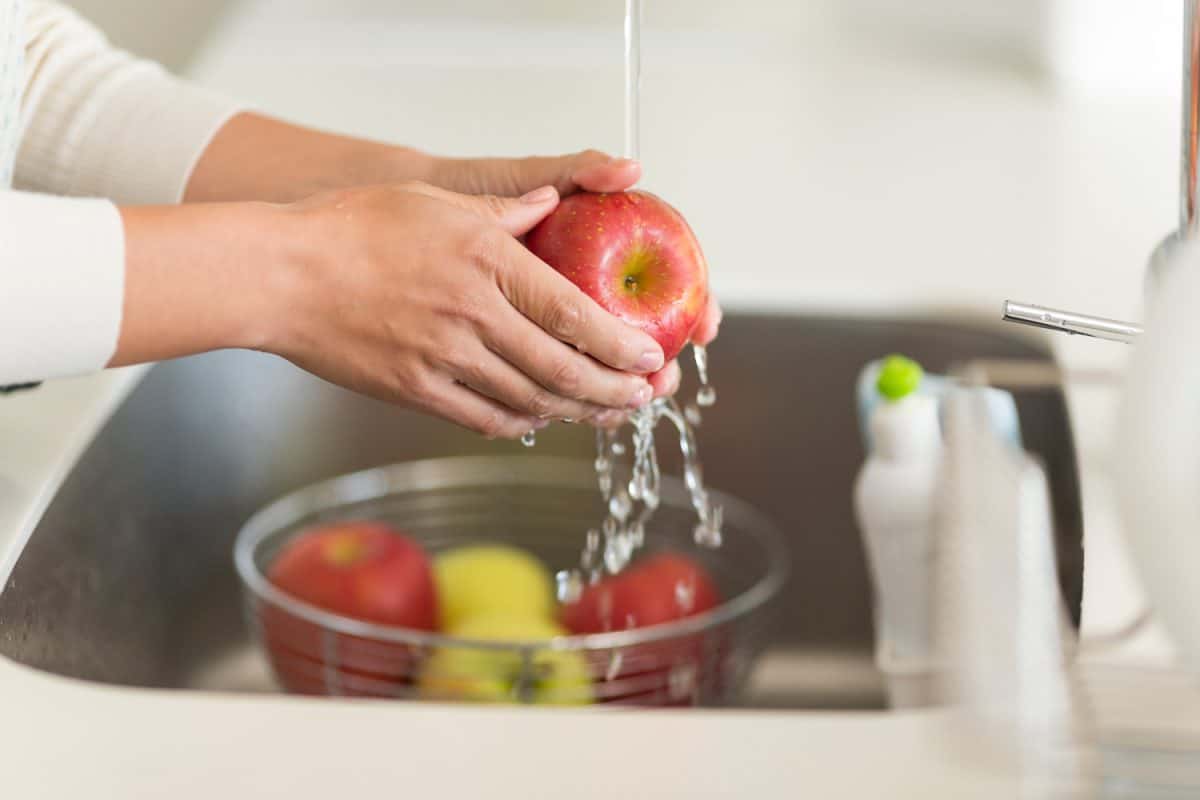 A medium apple weighs 6.4 ounces, the same as one hundred and eighty-two grams. Of course, you may not always have a kitchen scale close by.  To be considered a medium apple, it should easily fit in the palm of your hand, similar to a tennis ball, and weigh no more than one-third of a pound.

An apple corer is a handy device. If you prefer to slice your apple yourself, you can use an apple corer first and then slice it.

How much does a peck of apples weigh in pounds? 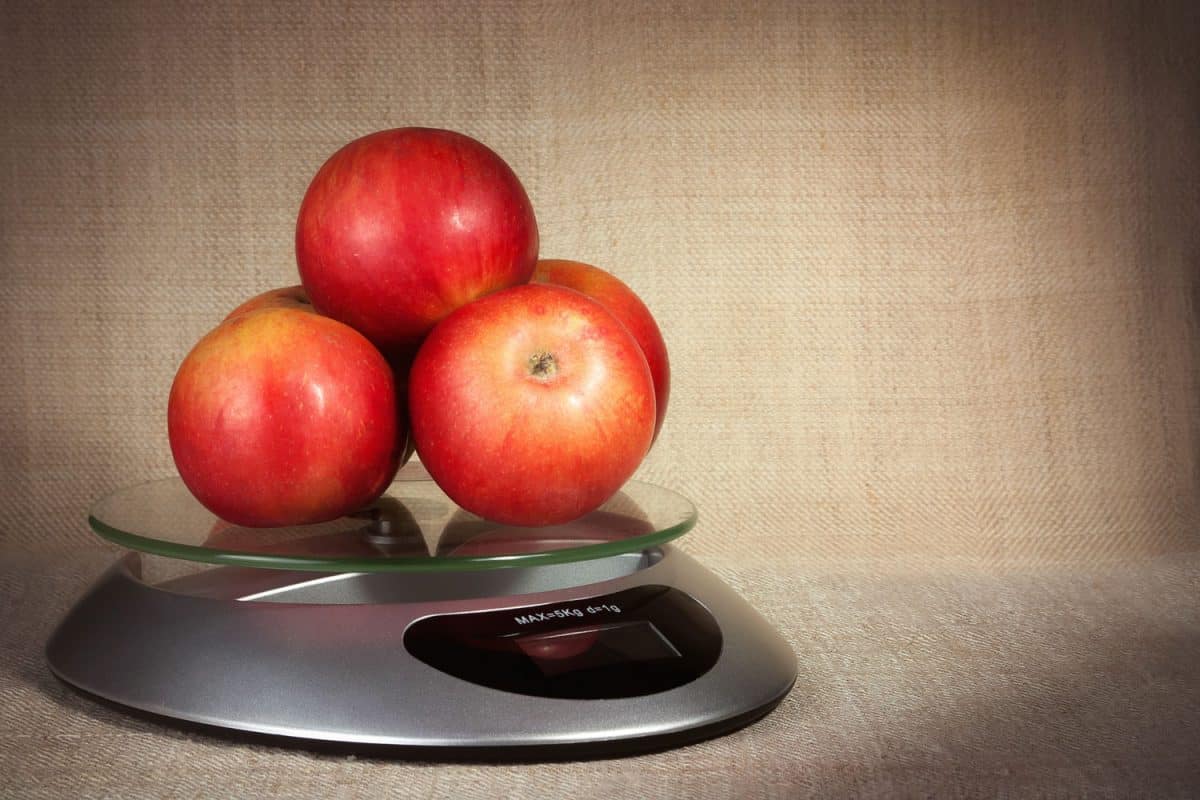 To measure one pound of apples, you can either use a spring-loaded scale, a digital scale, a mechanical scale, or the scale used at checkout inside the grocery store. You can also lookup the price per pound depending on the computer system available at your local grocery store.

Before you go, check out the following links related to apples:

Can You Use Frozen Apples For Pies?

Can You Bake Apple Pie In A Cake Pan?

Should You Keep Cucumbers In The Fridge? [The Answer May Surprise You!]